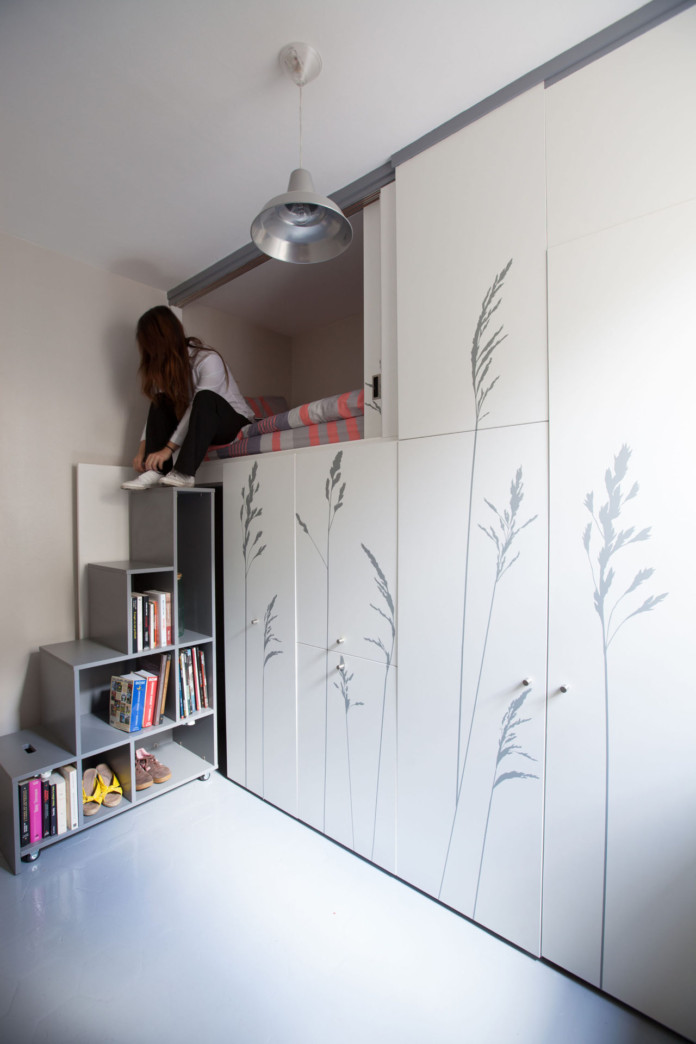 This small yet comfortable and versatile apartment in Paris, France proves once and for all that a residence doesn’t have to be spacious in order to guarantee basic comforts. The apartment in question was originally a maid room, which means that it was built at the top floor of its building, right under the roof. It provides just 86 square feet of living space and was completed in 2014 by Kitoko Studio. 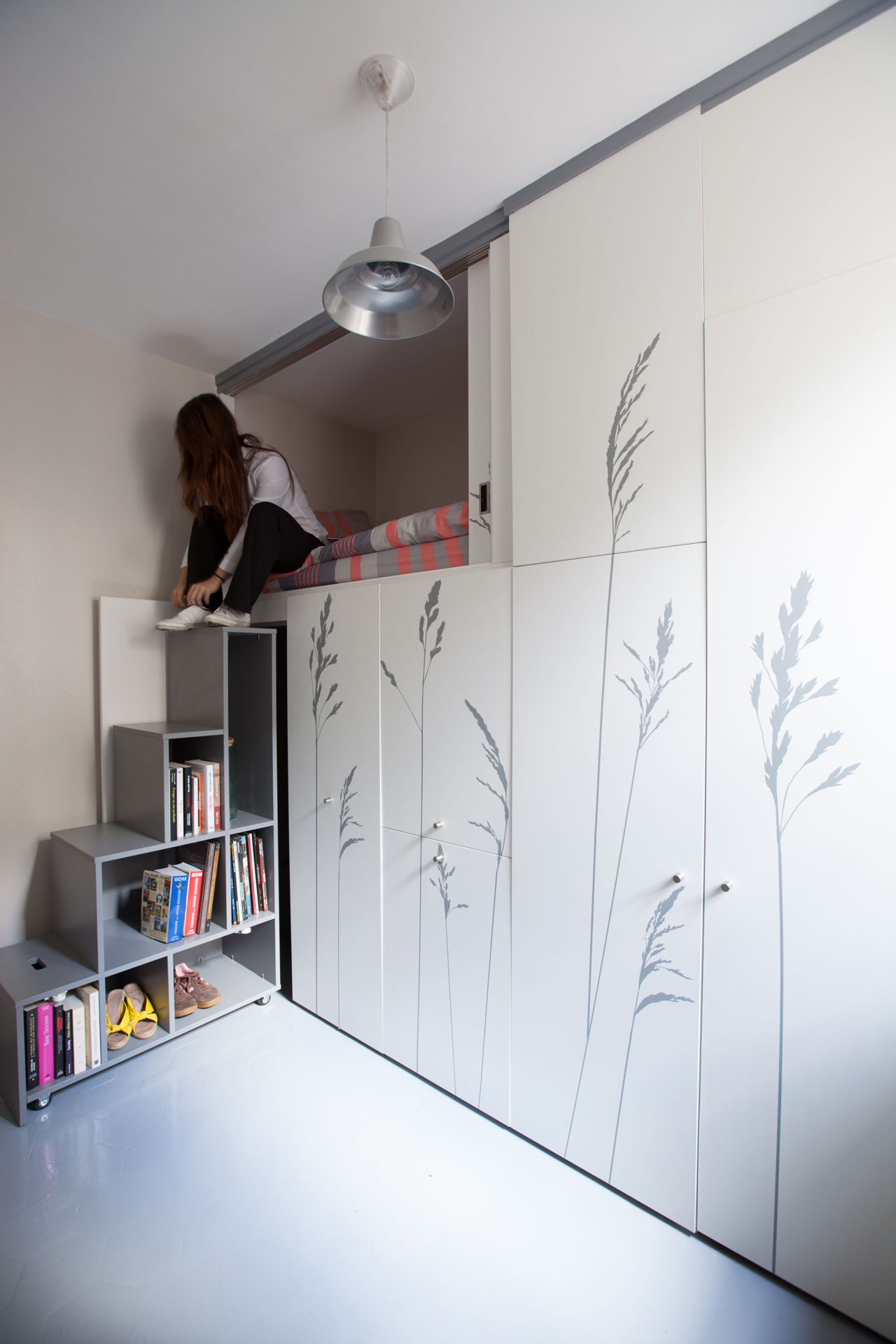 It provides enough space for sleeping, cooking and washing, all thanks to a modular design that was inspired by the principle of the famous Swiss army knife. Inside we find a bed, a table, storage space, a staircase, a wardrobe, a bathroom and a kitchenette. The design is minimalistic and includes shades of white and gray.
There are numerous maid rooms throughout Paris, and even though many of them are currently used a storage spaces, they can be combined into impressive apartments with a bit of ingenuity and skill. 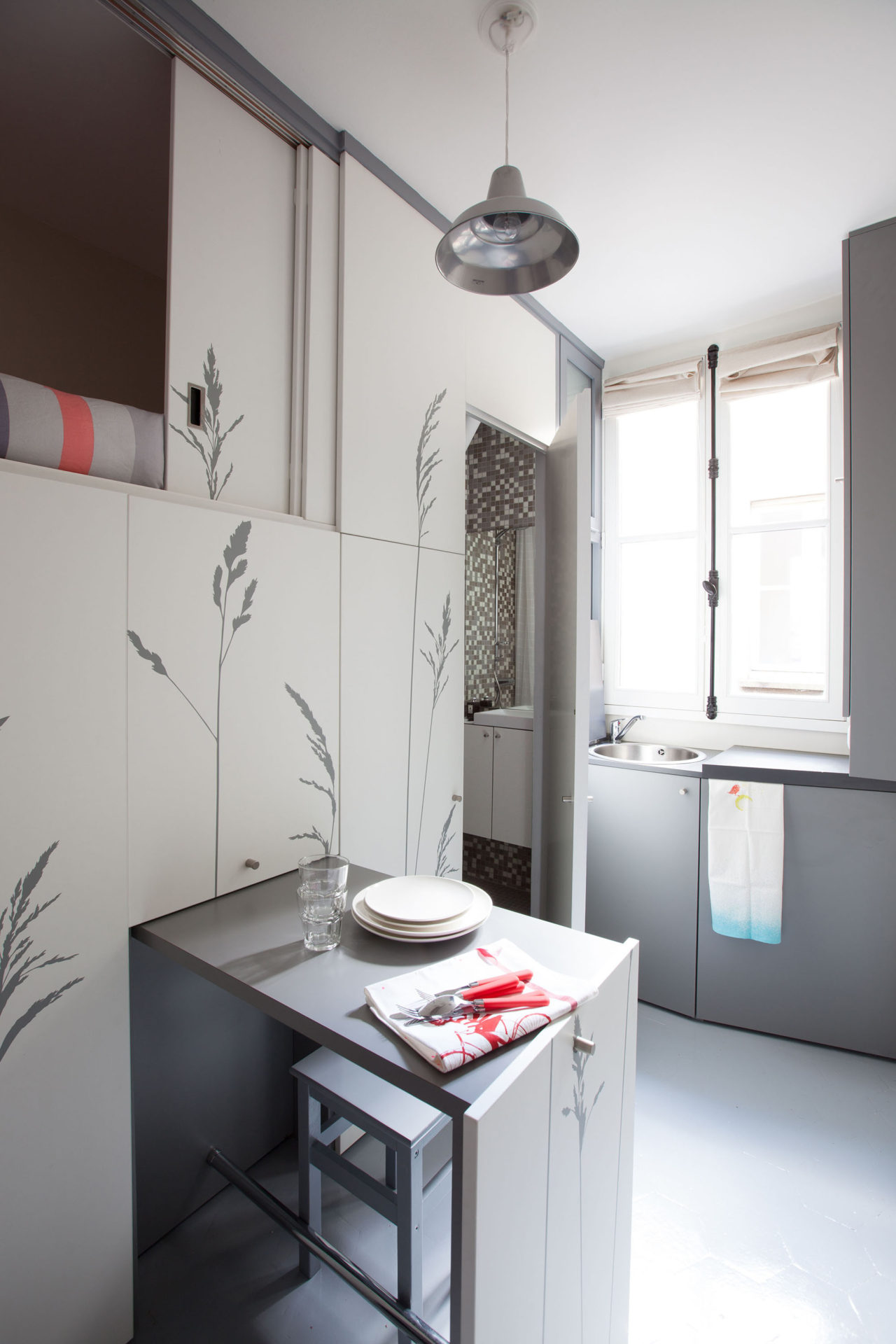 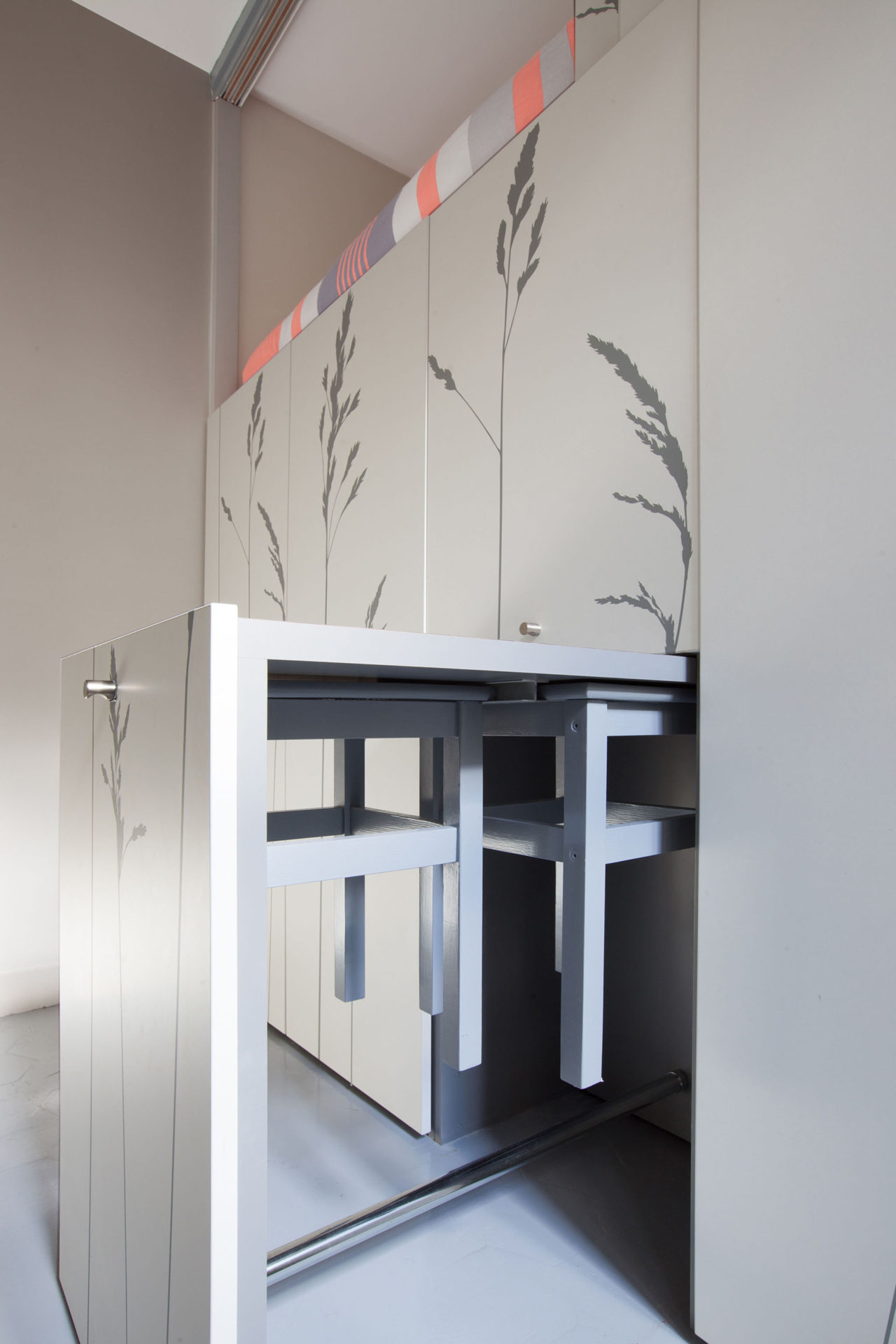 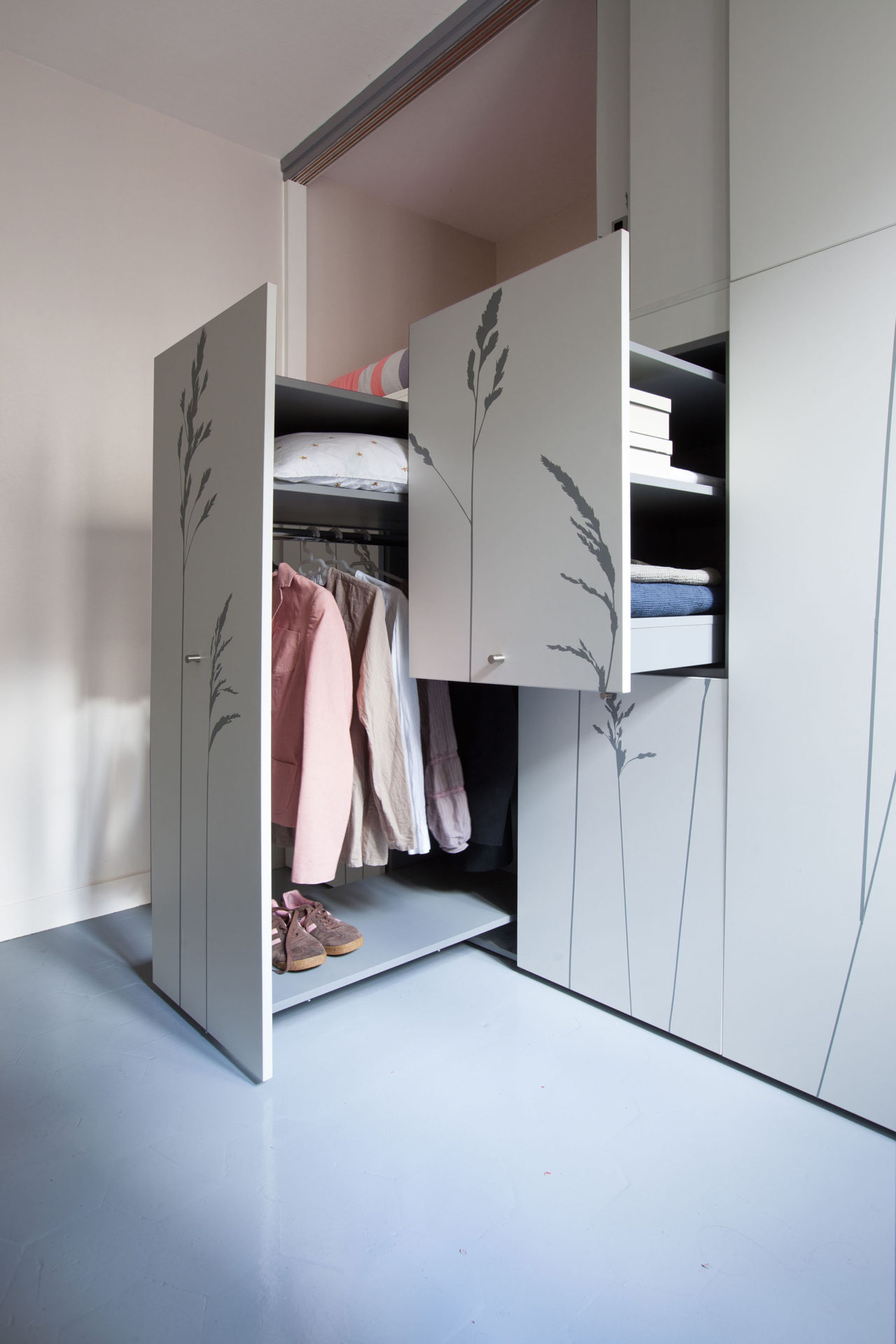 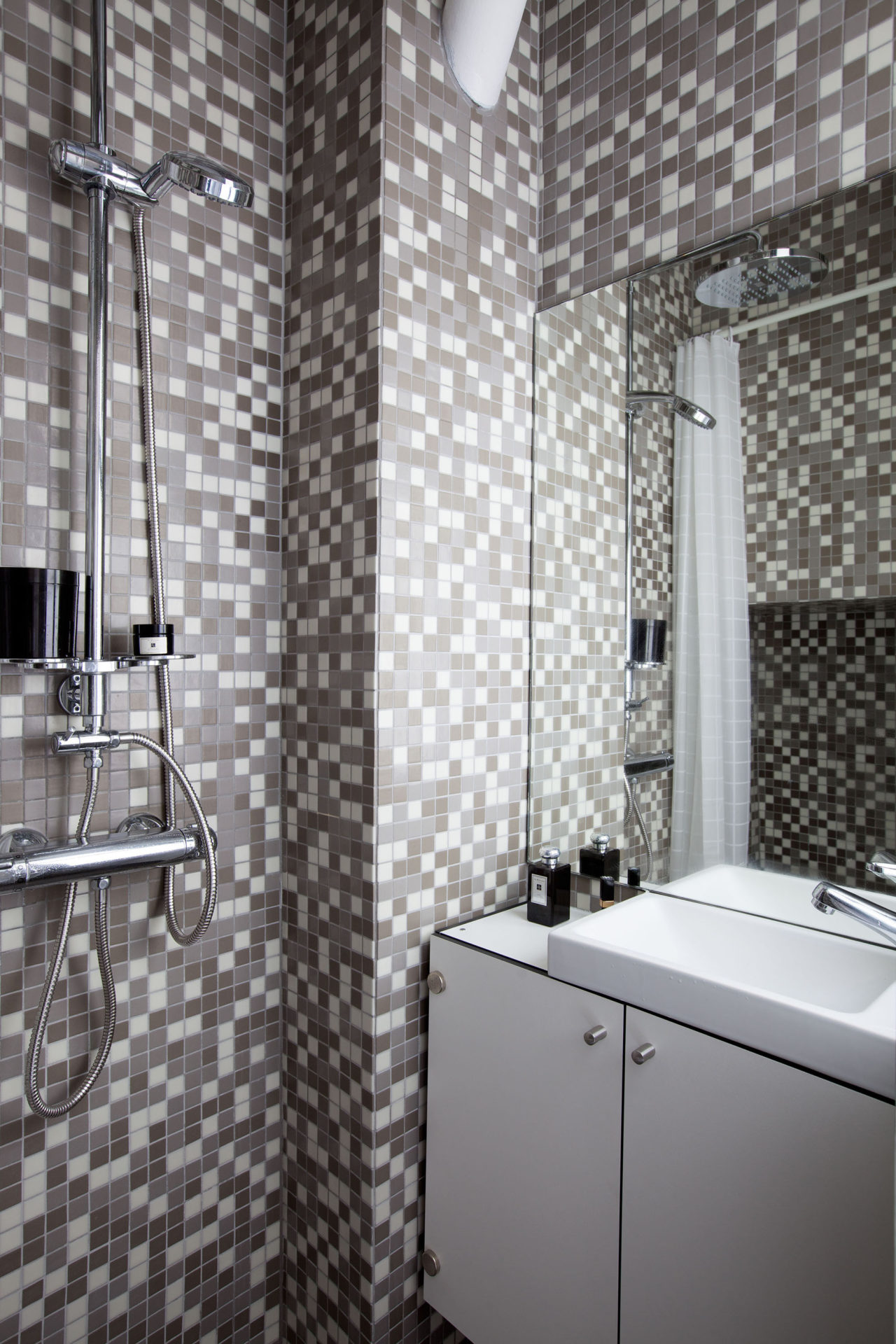 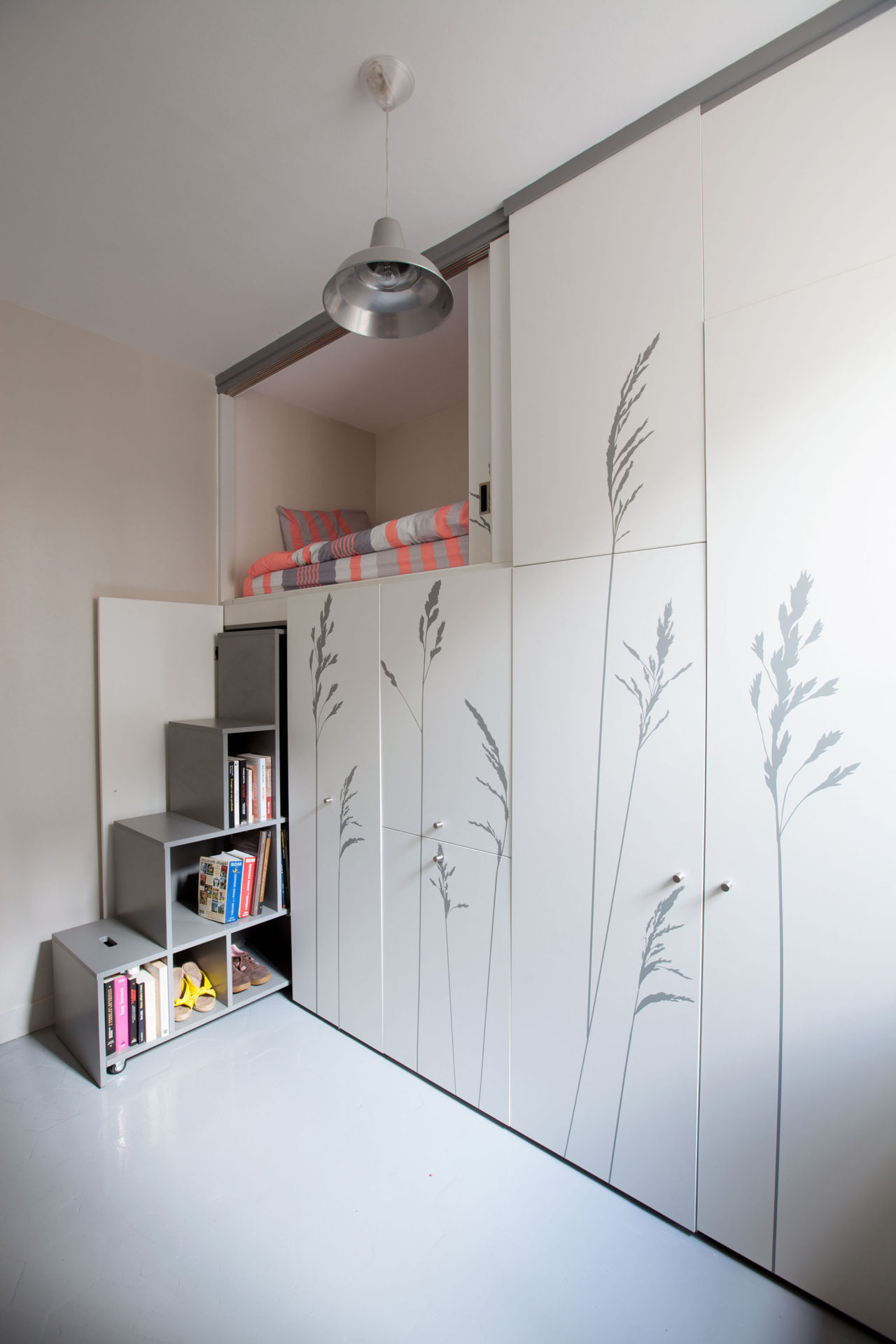 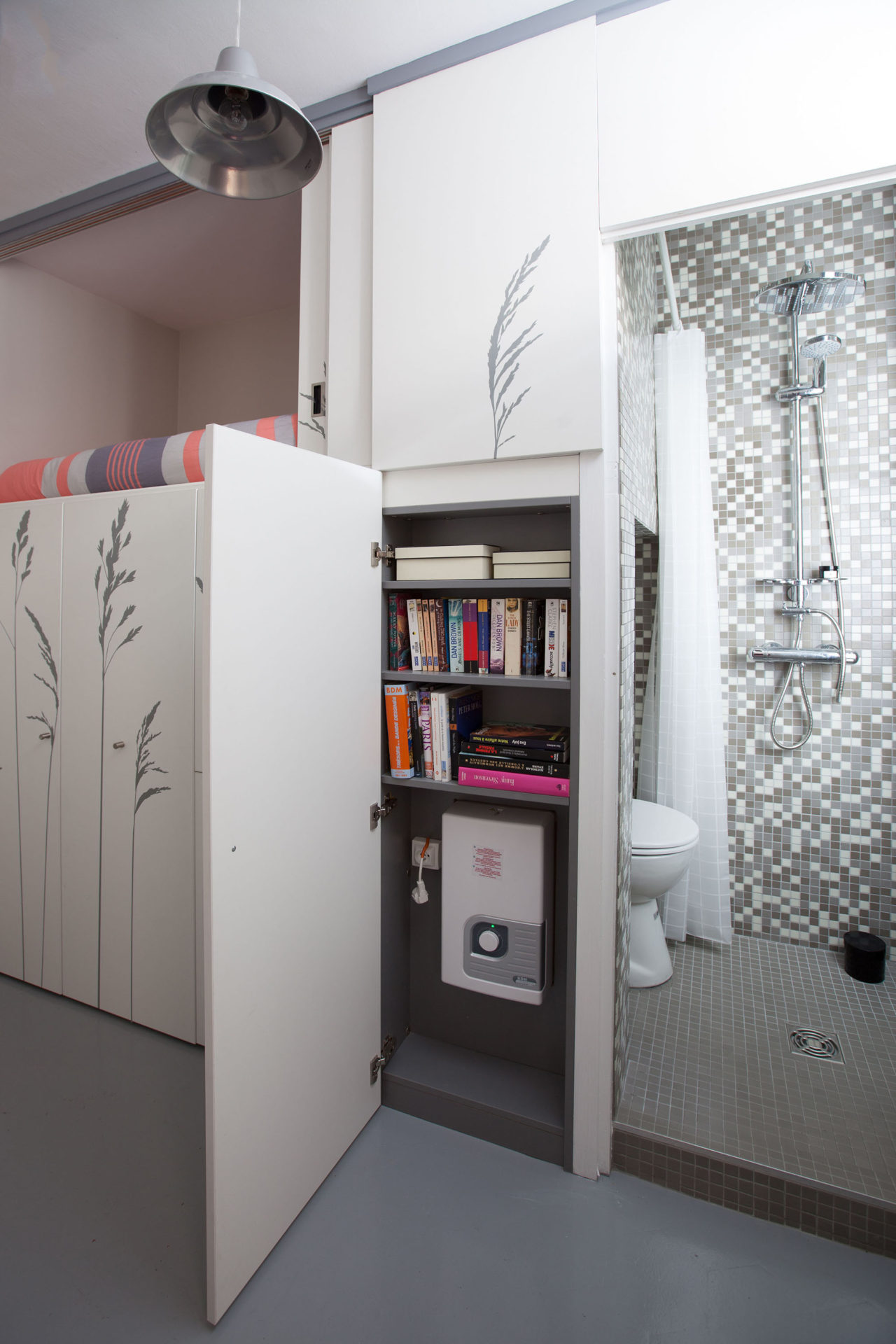 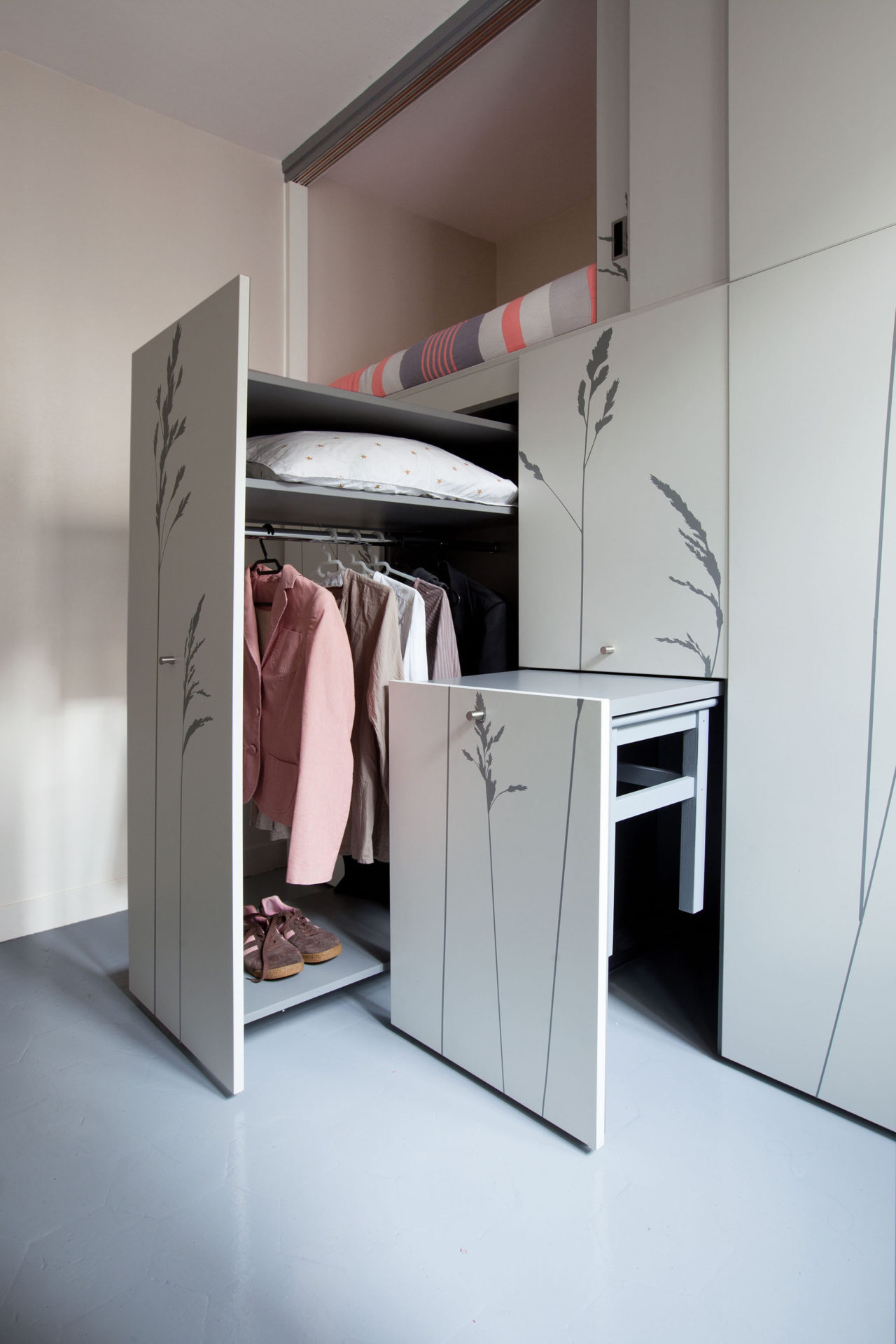 Maid rooms in Paris have long been considered unattractive and secluded spaces in the beautiful Haussmann buildings.

Always located on the top level under the roof of these buildings, they are characterized by their small size, with rudimentary aesthetic interior spaces and common circulations difficult to access. It’s a “non architecture” within the beautiful Haussmann architecture.

Over time, the maid rooms have known different usages, therefore losing their original purpose and becoming attics / storage. Thereafter, the general increase in property prices has also generated a new consideration of these forgotten square meters and generated a renewed housing. This location under the roof which was considered unattractive became an additional property asset, offering features not exploited by their previous occupants: sunshine, no vis-à-vis, overlooking the rooftops of Paris and the possibility to create lofts combining several maid rooms.

It’s due to a lack of space and in anticipation of the coming of a future au pair they cannot receive directly in their apartment that our clients have entrusted us with the difficult task of arranging the 8sqm maid’s room. Despite the small area, the space had to be functional in order to sleep, and also to cook, eat, wash, work and store a maximum of items. The space should guarantee the independence of the future occupant.

The architectural response we made in order to implement many different functions refers to the “concept of the Swiss Army knife.” The Swiss Army Knife is a simple knife but, by a game of sliding and folding, it can contain a multitude of tools in a very small object. Therefore, the new maid’s room is a modular transcription of such an object with elements of storage, a bed, a table, a wardrobe, a staircase, a kitchenette and a bathroom, all fully integrated within a large closet which can be unfolded according to the needs and changes the perception of space. Once all the elements are folded and stored in this “large closet”, it frees half of the area of the room.

The requirement of a unique multifunctional space has first been seen as a fairly complex constraint and, in the end, it became the real strength of the project. 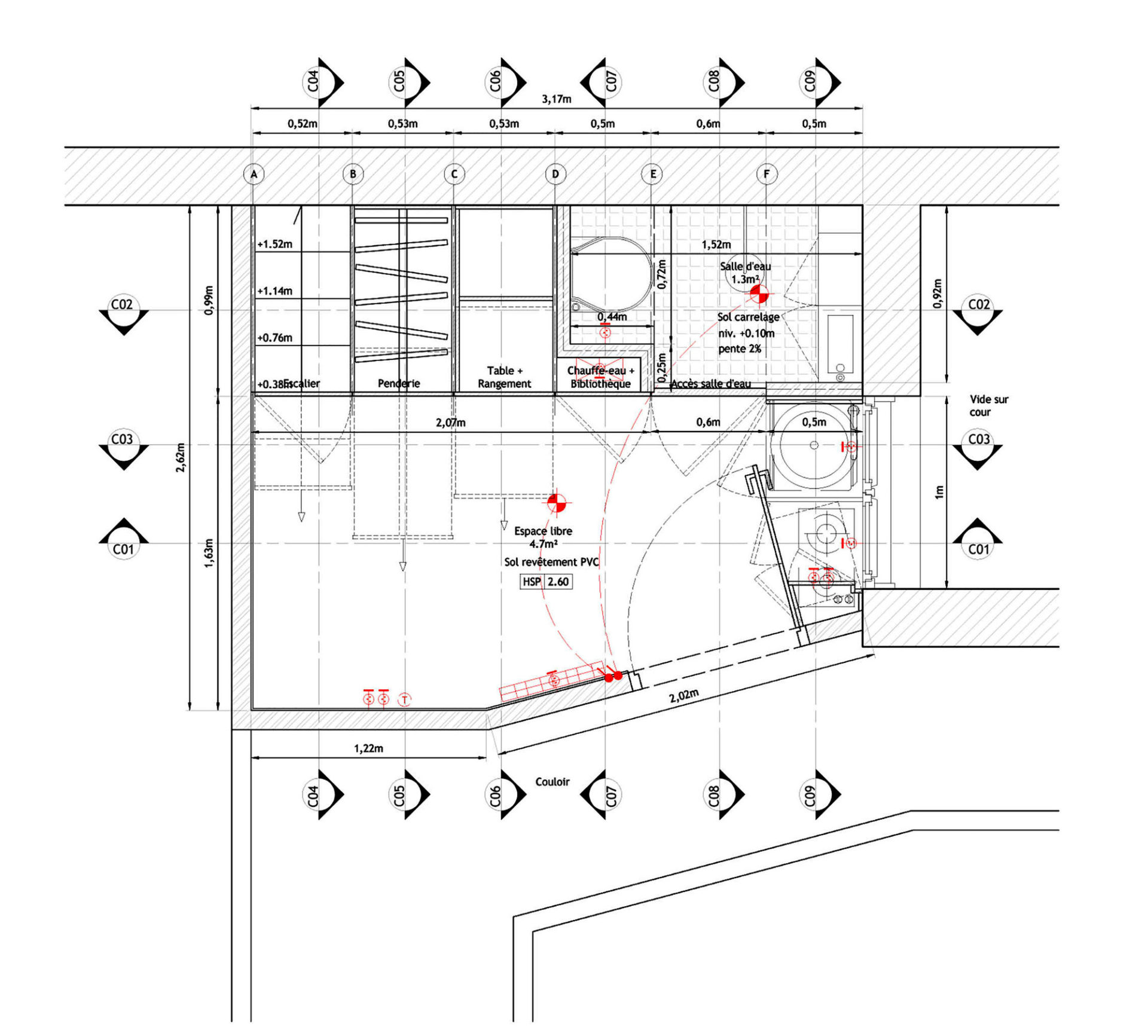 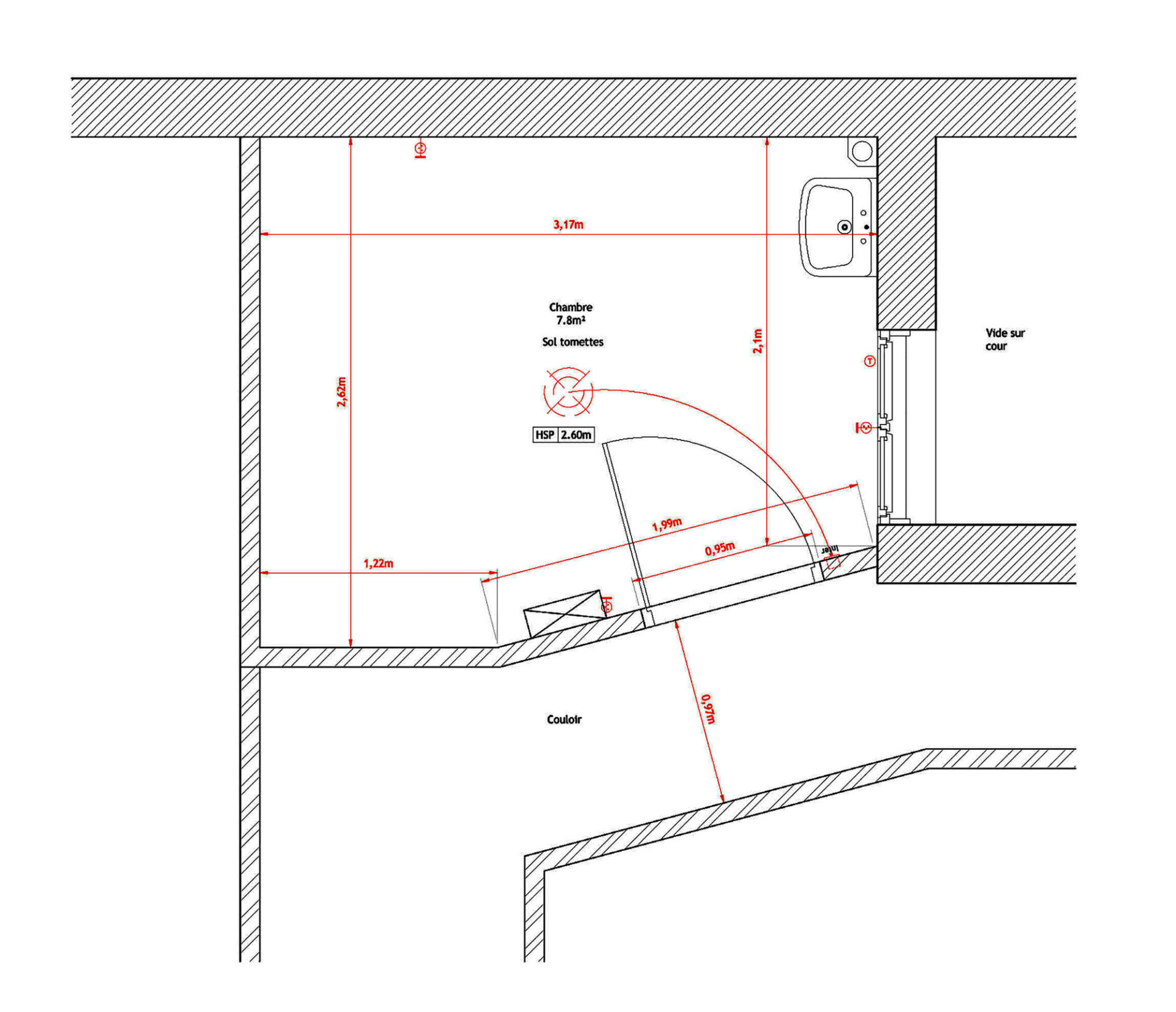 Superb Apartment Near a Park by HOLA Design