The COVID-19 pandemic has shaken up the whole world in many ways. One way things have changed for people in the United States is that living in big cities is no longer viable. People moving out of cities where the disease spreads more widely. Furthermore, some have responded negatively to the inconsistent and sometimes overreaching regulations of states like California.

Many are choosing to move to places with less people, lower virus rates, wider spaces, and fewer regulations. With the decision to pick and move somewhere else, whether it’s across the country or nearby, it comes with all the obstacles of moving. Here are a few tips to facilitate the move, wherever you are going.

The moving process begins with packing. It’s important to be prepared. Depending on where you are headed, you should take a lot of care when you pack. Get rid of whatever you can. Pack so that you can easily unpack. Organize the best you can and you will have a much easier time when you get to your destination. Sometimes people are so eager to move that they throw everything in boxes and get out of there quickly, but then it takes a long time to unpack. It is a comprehensive process that should begin when you put the first items in boxes.

A lot of people choose to move the stuff on their own when they should hire high-quality movers. You can cut down on the process so much by hiring professionals who can move the large items. If they are getting paid by the hour, make sure to move the smaller stuff while they handle the larger furniture and other items.

On the other hand, if the movers are paid a lump sum for the job, they will move quickly and get it done. It is also worth mentioning that you should do your best to clear paths for them and move the boxes out of their way. In short, you want to maximize the ability of your movers to move the large stuff quickly. It is usually worth it, alleviating a lot of the hard physical labor.

Of course if you are moving a long distance, you may not be able to go back and forth. But if you can it is a great idea to make multiple trips. Not only will it be easier, you won’t have to rent a large vehicle to move all of the stuff at once. Instead you can create an assembly line. If you have more than one car at a time, have the movers split up. You’ll be able to pack one vehicle while unloading the other. It really does depend on where you’re going and how far it is, but take making multiple trips into account in your moving plan.

Whether you are going near or far, renting a storage unit for the time being can be very helpful. Not only can a traditional storage unit alleviate some of the pressure to deal with all of the stuff at once, a portable storage unit can go with you wherever you go. Furthermore, if you are moving to a smaller place it is a great option to store some of your things while you figure out what you can fit and what you need to get rid of. A storage unit can keep some of the items out of your way while you pack, move, and unpack.

Give Yourself More than Enough Time

When you’re moving, it is imperative to give yourself enough time to do so. Even if you are moving to somewhere close by, allotting the time you need to get the move done will change the whole way you feel about it. You’ll want to at least get a chunk of the unpacking done before you get back to work. It isn’t a great idea to wait on the unpacking portion of the move.

Moving is tough. It can be both stressful and financially taxing. However, it is no surprise that a lot of people are choosing to relocate during this turbulent time. If you are making the move, do your best to make it easier for you and your family. You won’t regret taking the extra steps. 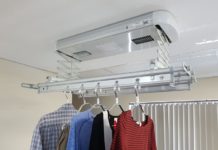 Indoor Clothesline: Why You Need It and the Benefits 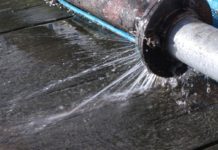 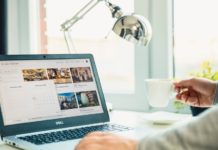 How To Choose An Airbnb Property Management Service