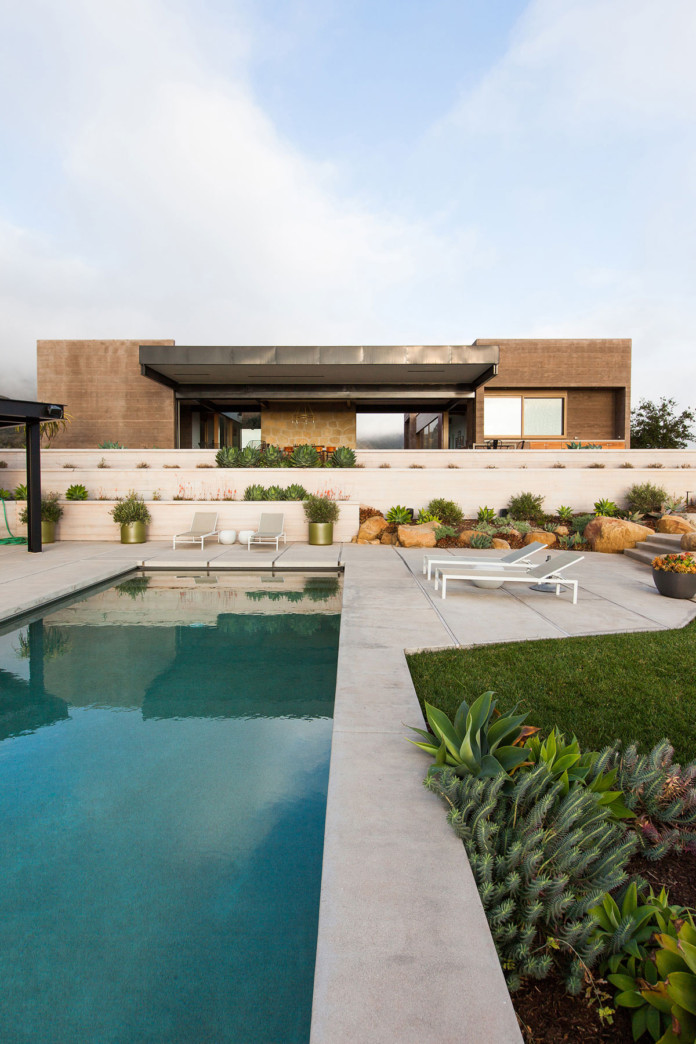 Flaunting exceptional views of its surrounding hills and plains, the Toro Canyon House can be found in Santa Barbara County, California and was completed in 2012 by Bestor Architecture. The residence was built on an elevated location and was connected to a brand new road that actually leads up to a staircase instead of the front door itself.

This staircase leads the way to the main entry area, which instantly impresses with fabulous panoramas of the Santa Barbara coastline. Since it is placed high in the mountains, the abode is forced to face strong winds from time to time, which is why the architects decided to implement a series of courtyards that would channel these winds in order to create proper ventilation. The primary courtyard is found at the center of the abode and includes a fabulous outdoor living area.

The walls were made out of thick boardform concrete for extra sturdiness and were painted brown and dark red in order to allow the home to blend seamlessly with its surroundings. Furthermore, wooden elements such as Alaskan cedar were use for the interior arrangements in order to add a sense of warmth that contrasts with the rugged exterior landscape. 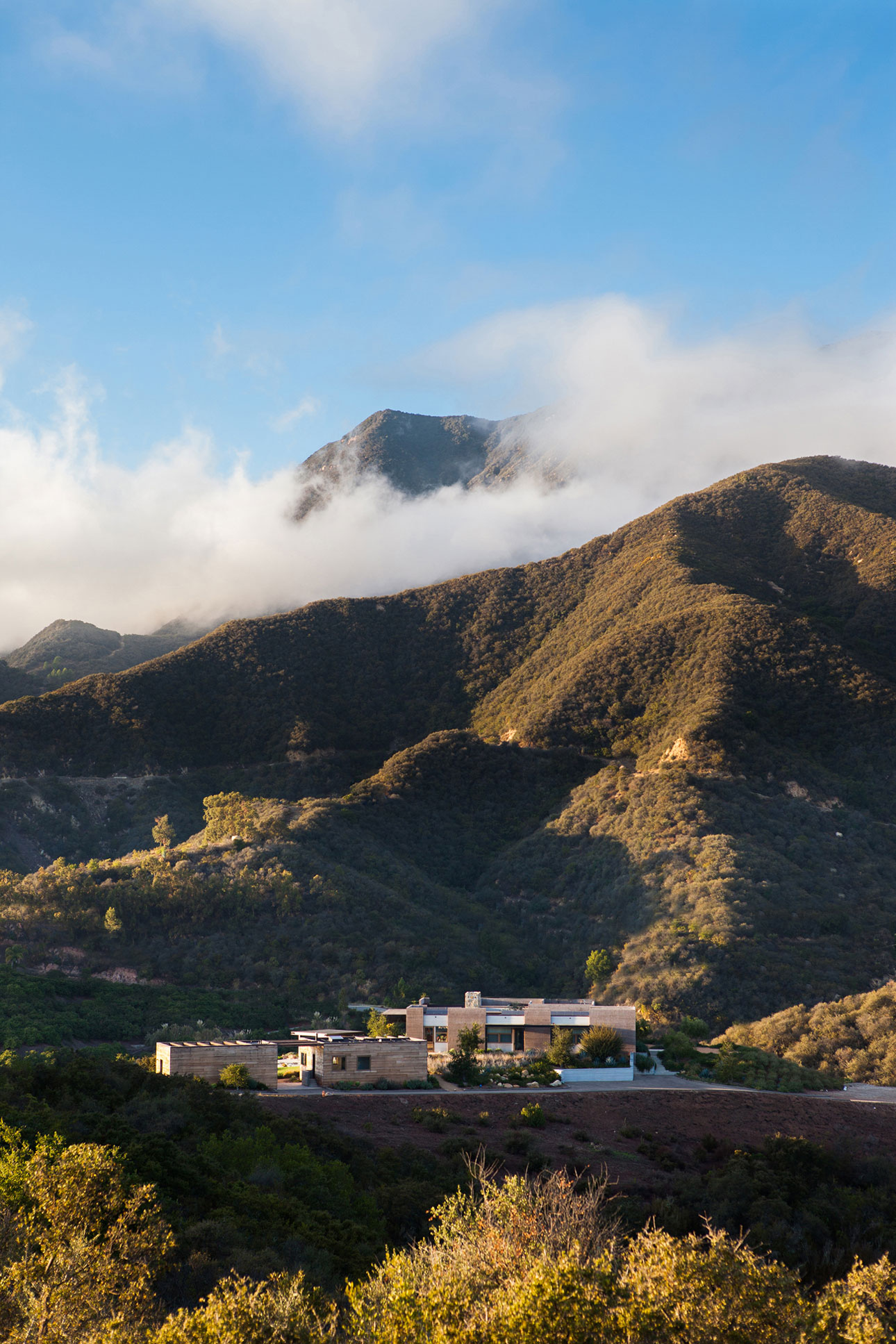 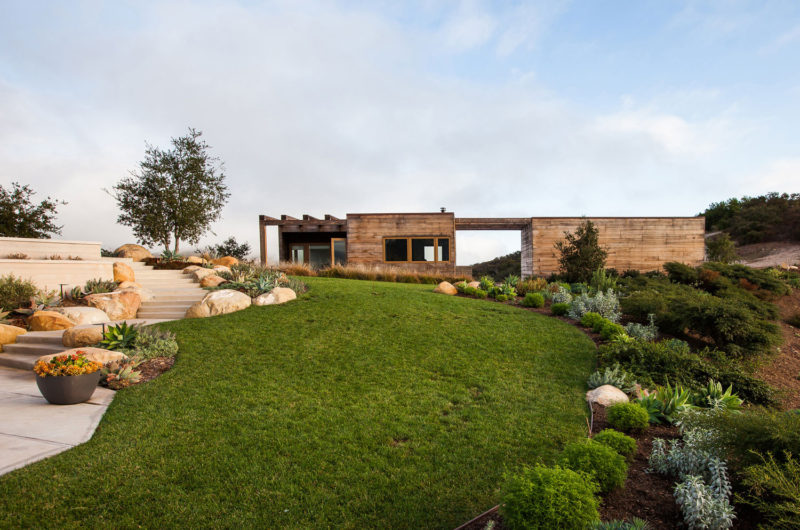 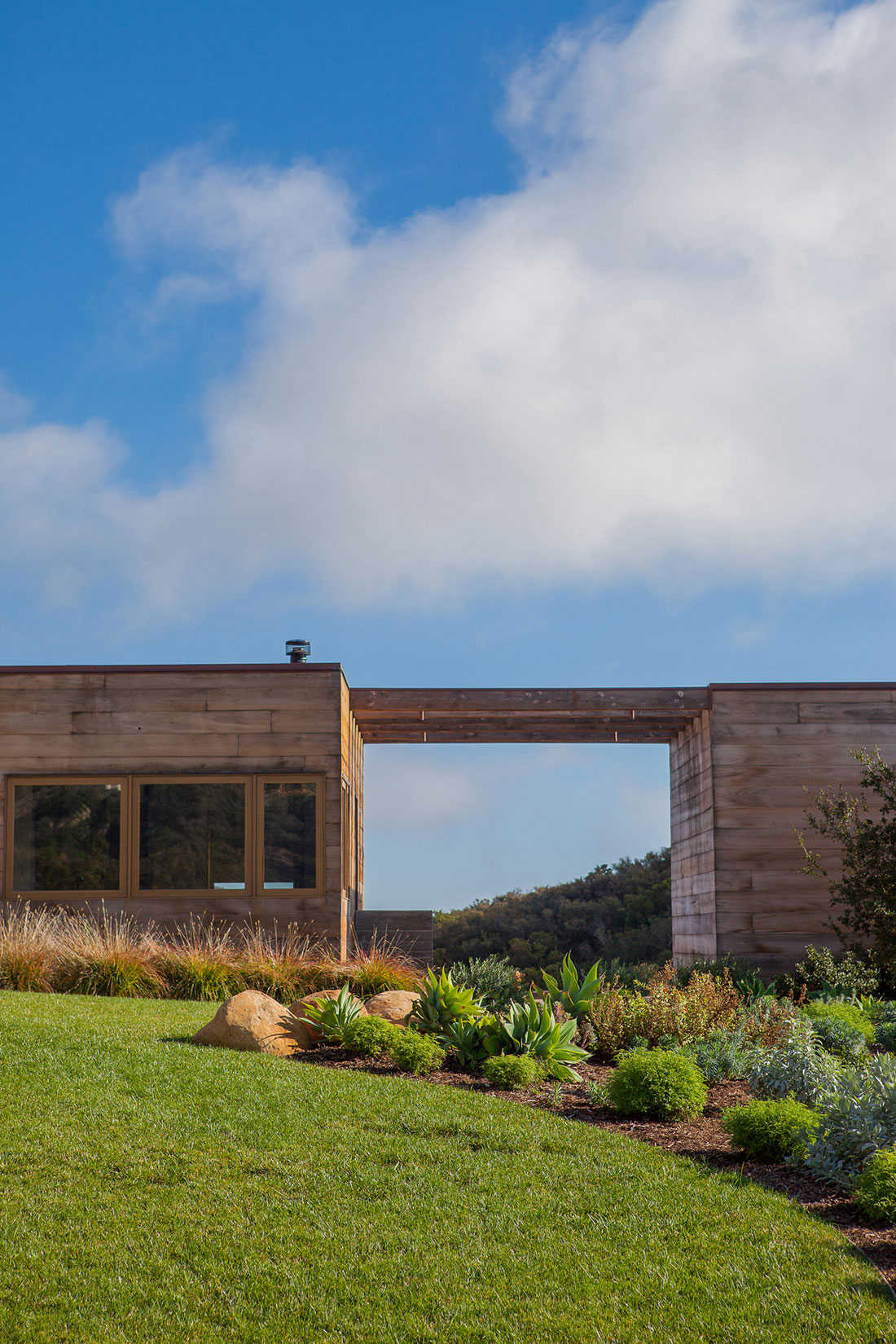 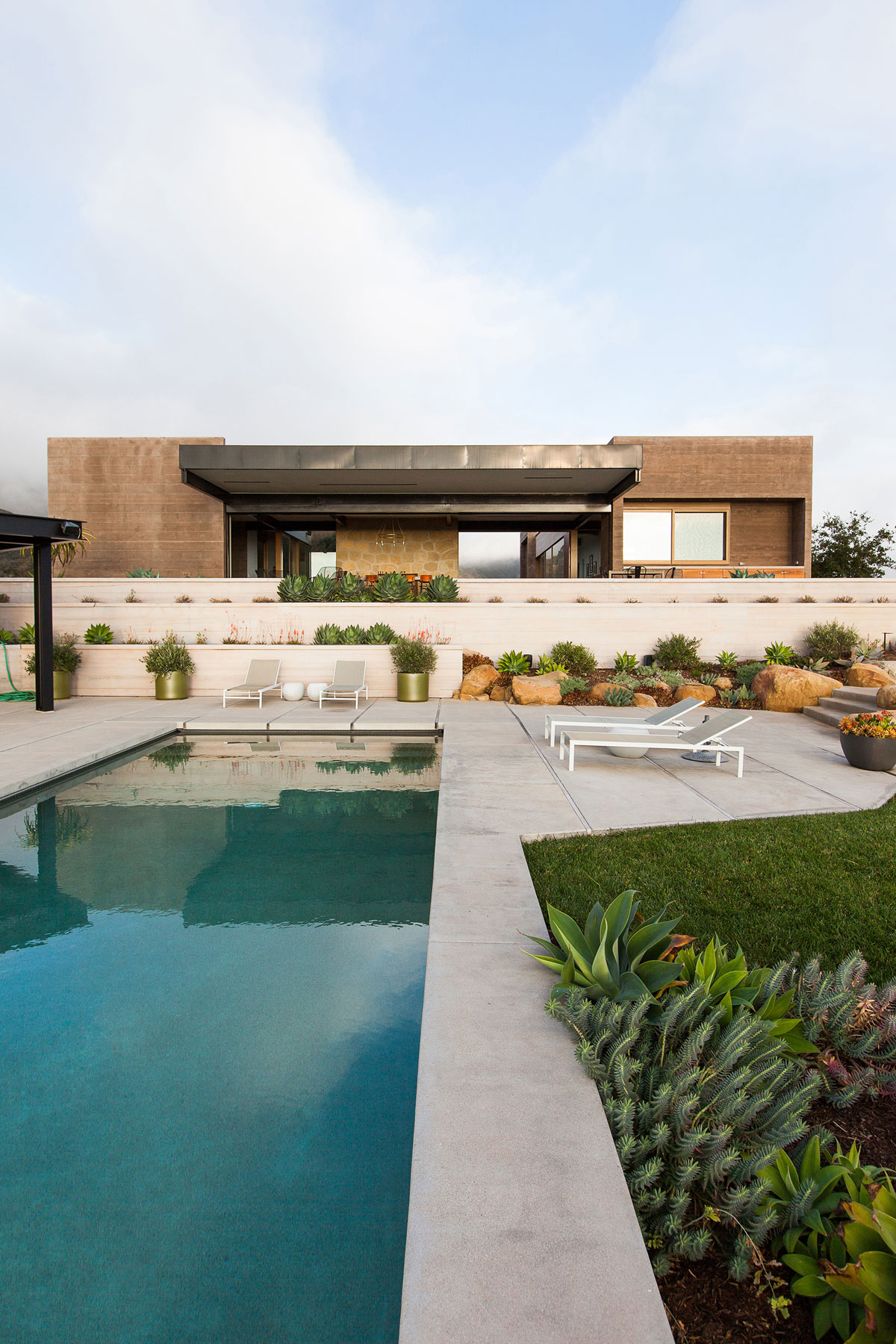 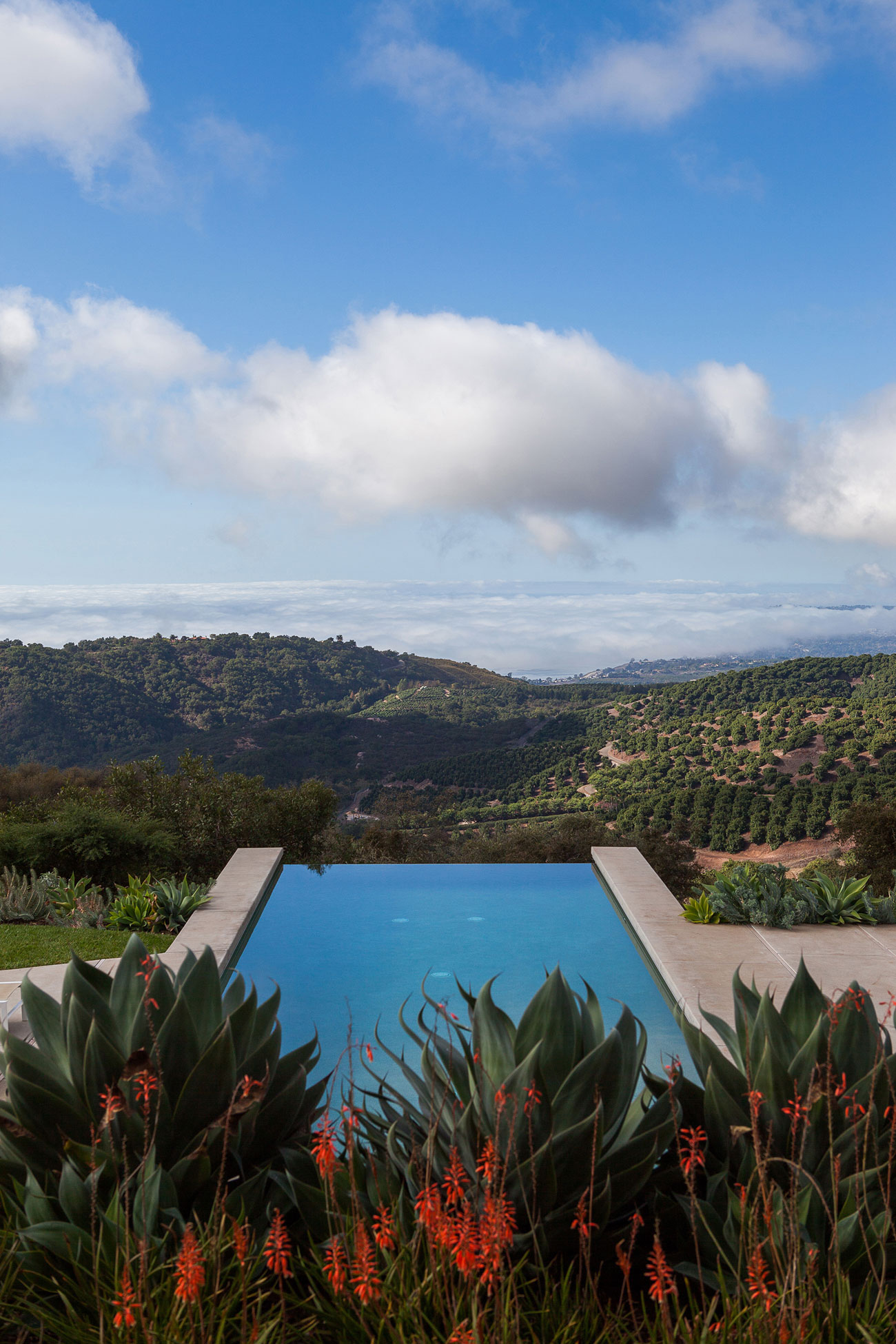 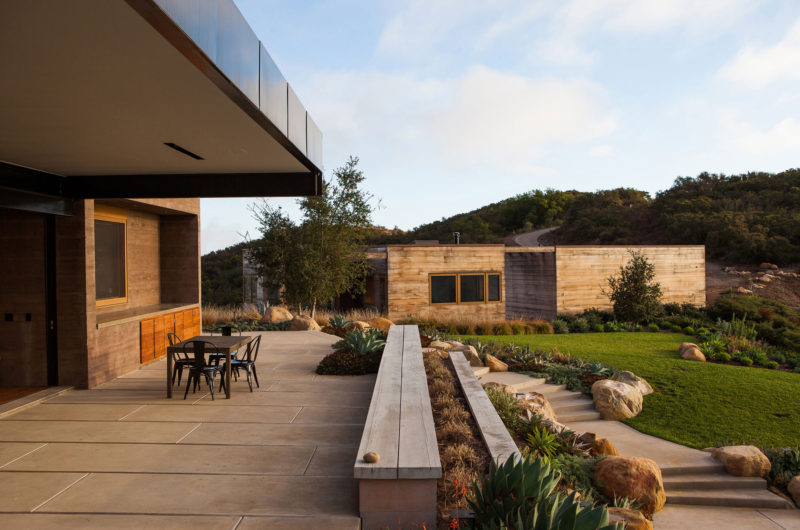 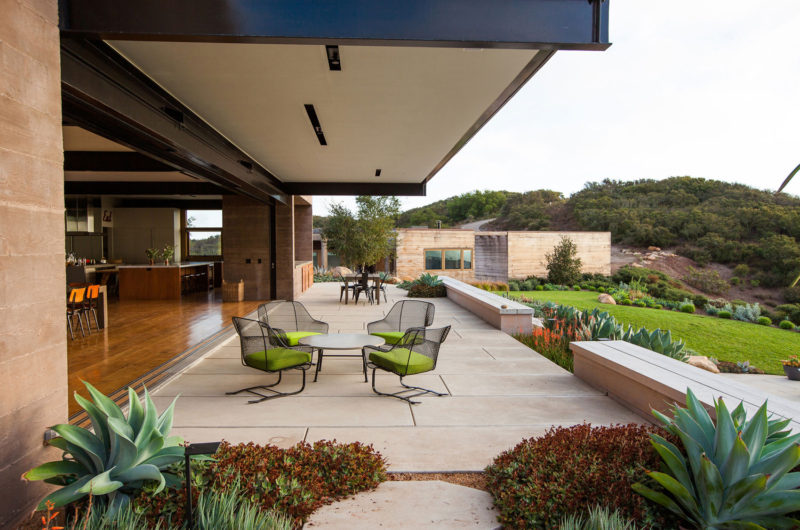 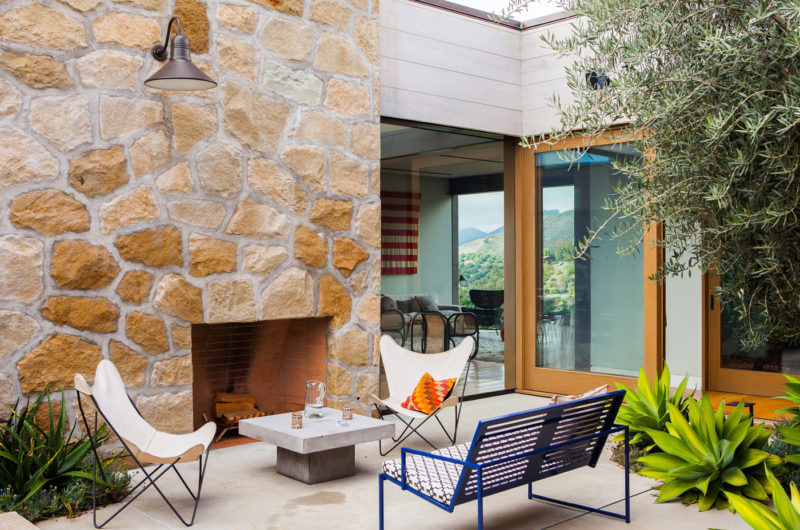 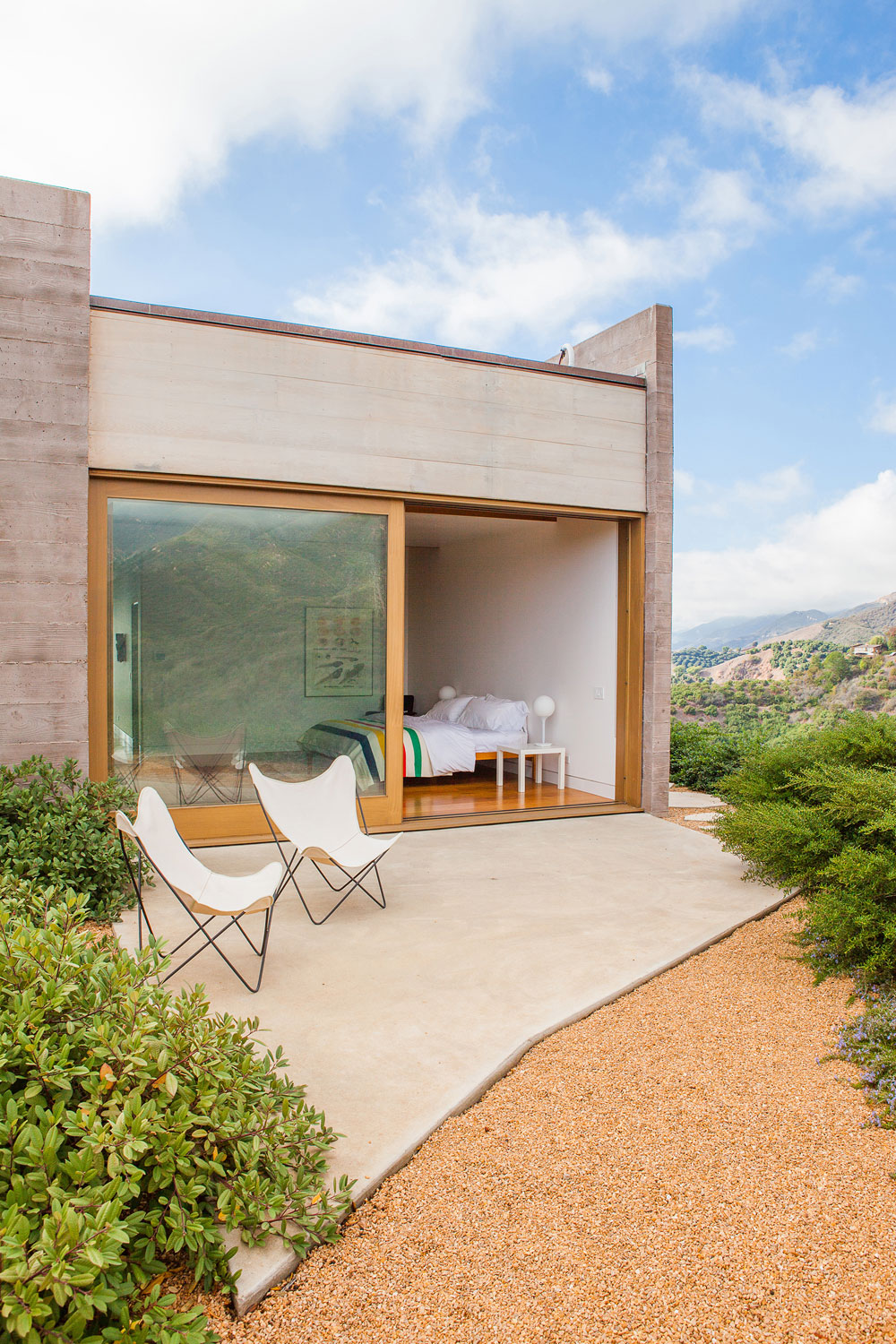 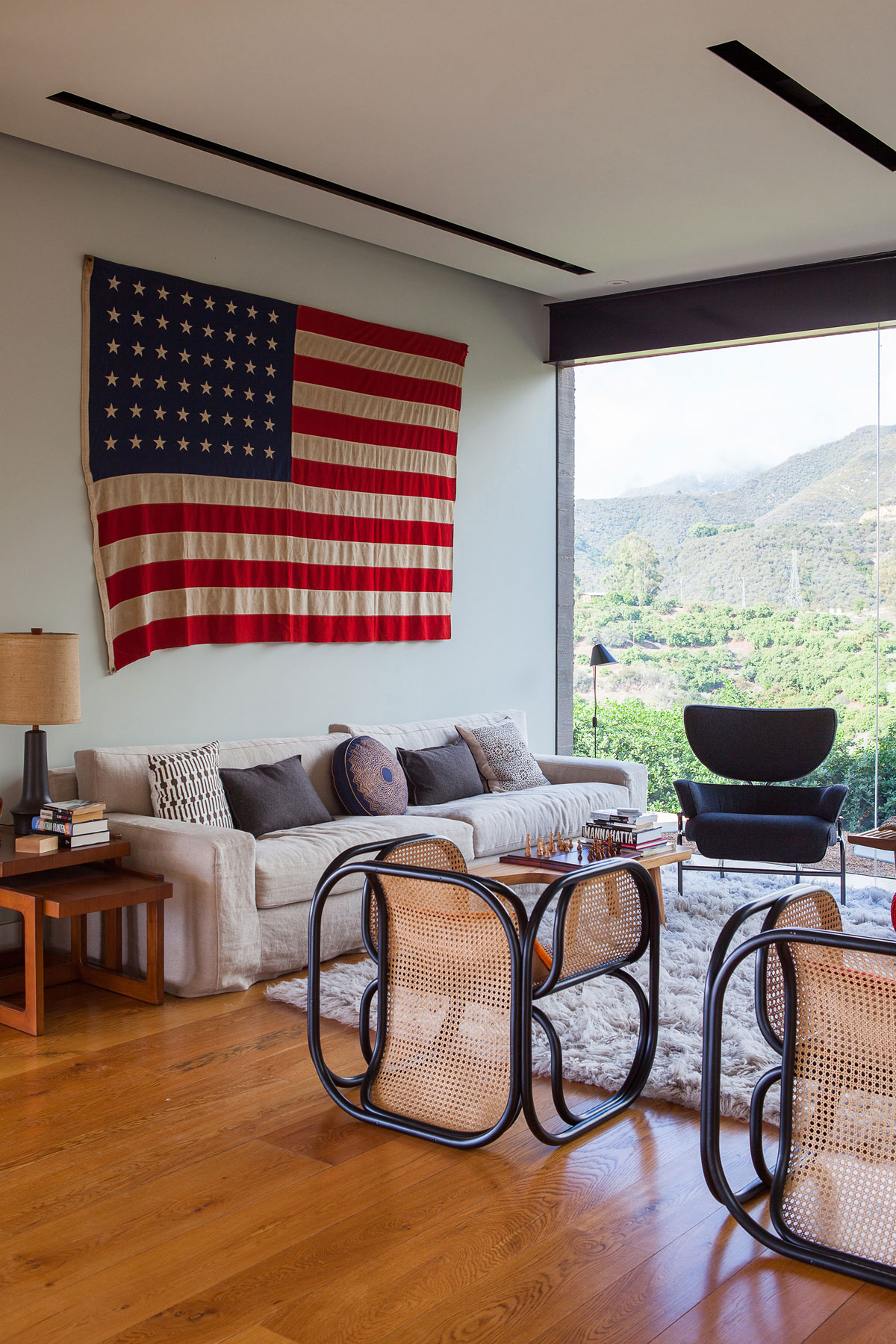 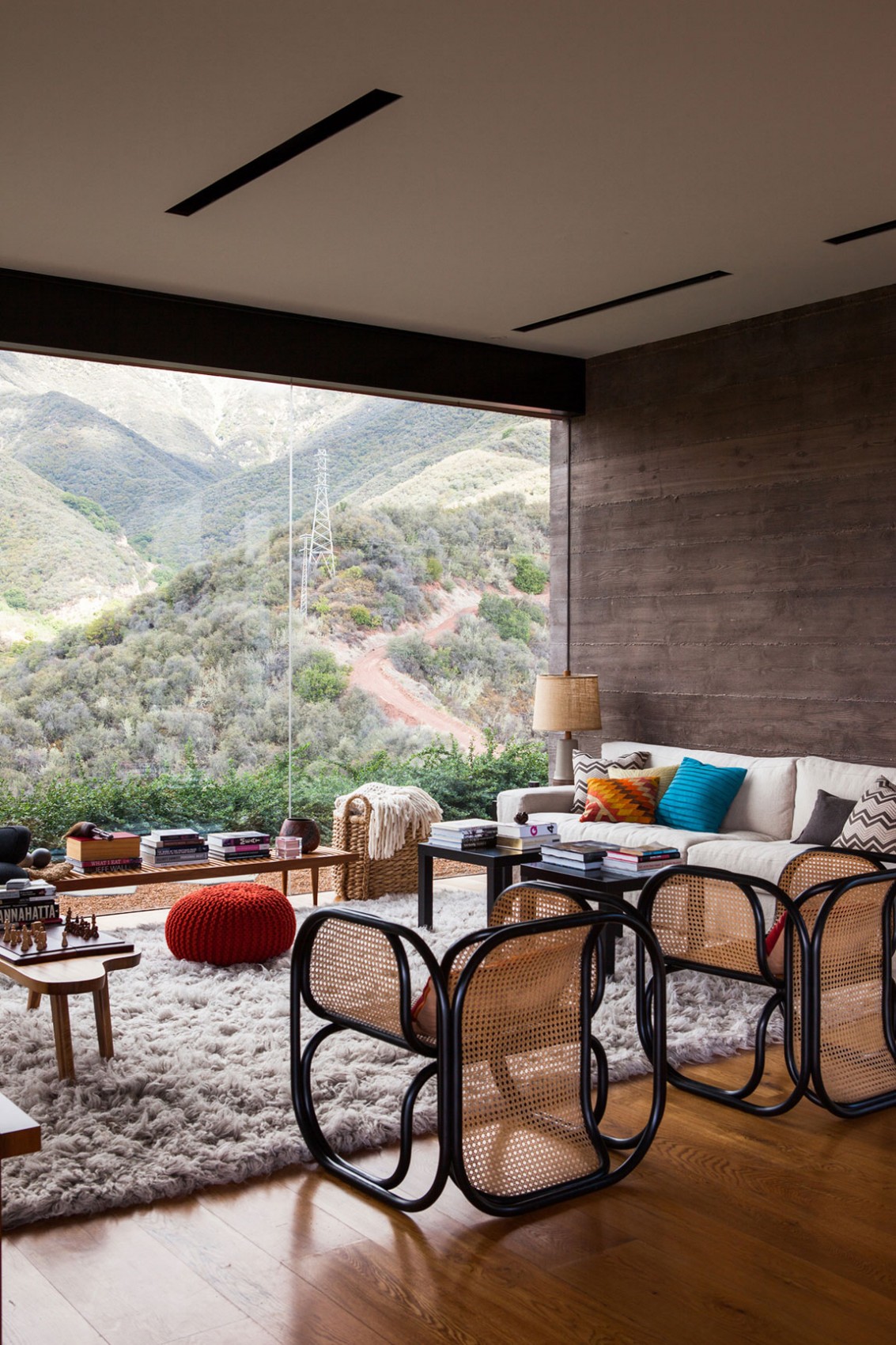 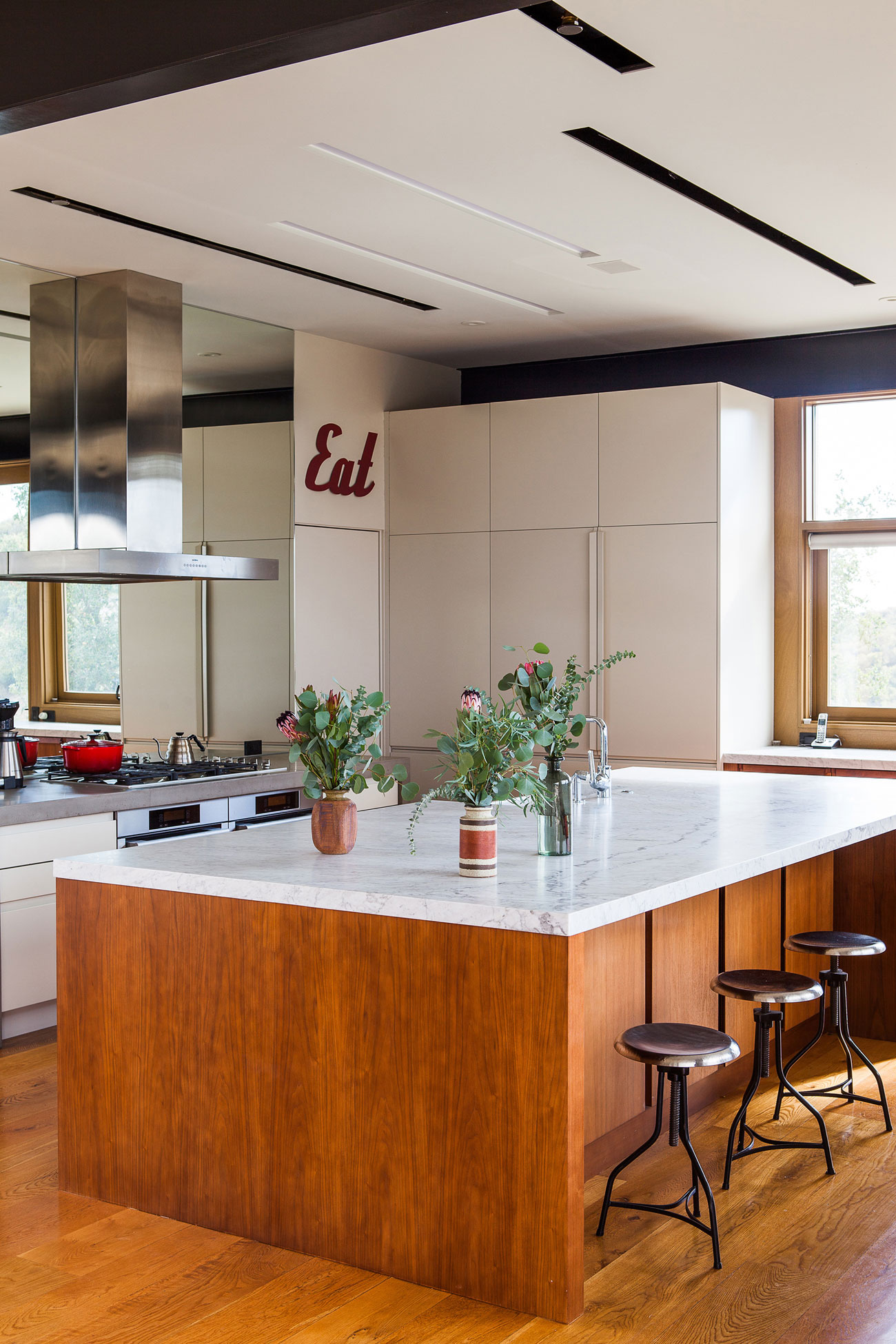 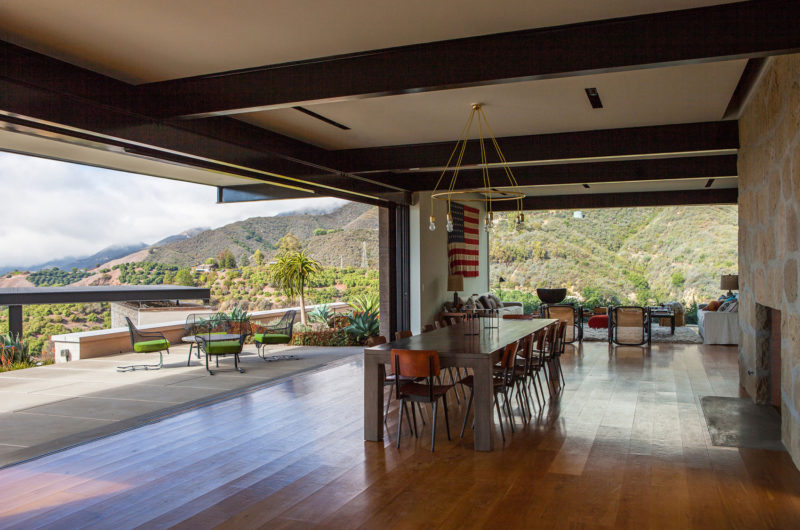 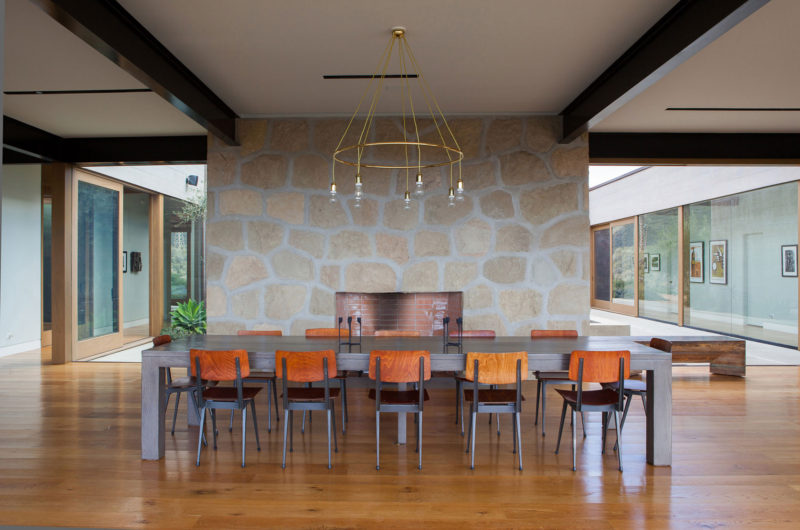 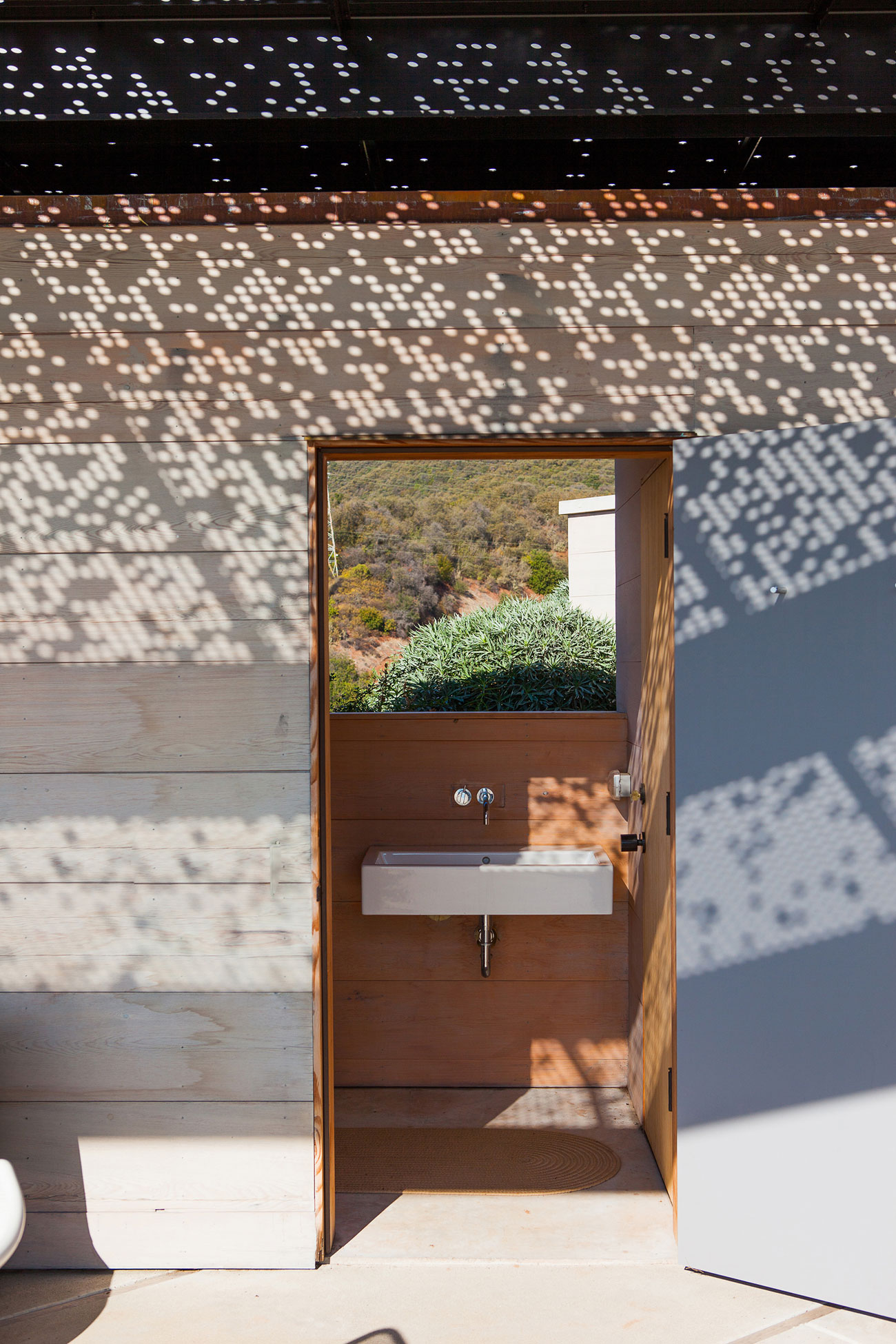 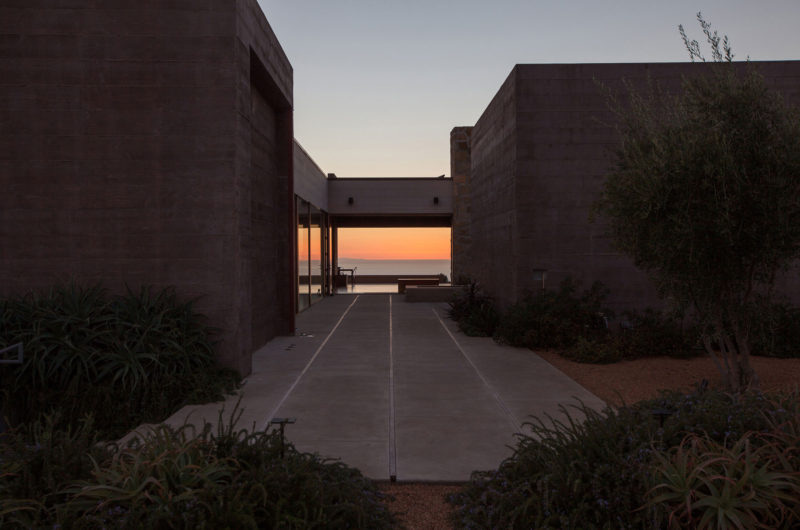 From the Bestor Architecture:

The owners wanted to build a getaway house outside of Los Angeles where they could entertain and find a balance between the modern design they desired and a more direct relationship to nature. After a two year search in the Southern California region they discovered pristine acreage near Montecito at the top of a mountain and adjacent to national park land.

The site strategy is one of slow revelation and discovery of the house and- ultimately- the view. The road, which had to be built for access, brings the visitor to a point below the house- where a formal stair leads up to the entry sequence. The front door frames and reveals views of the Santa Barbara coastline through the courtyard.

A 40’ wide horizontal ‘panavison’-esque opening gives the house a pavilion-like atmosphere. The dwelling is organized around three courtyards; the primary one at the heart of the house also serves as the front entrance and outdoor living room. The courtyards have a dual purpose: they bring in ample natural light and ventilation but also provide protection from the strong winds that can race across the mountain.

The rough and very thick boardform concrete walls, custom color-mixed to match the dark red and brown tones of the earth at the site, form a rugged shell that is punctuated by large openings and reveals of the Alaskan cedar wood siding. The inner shell’s warm wood and windows into the protected courtyards create a warm and tactile interior respite from the hardy environment. 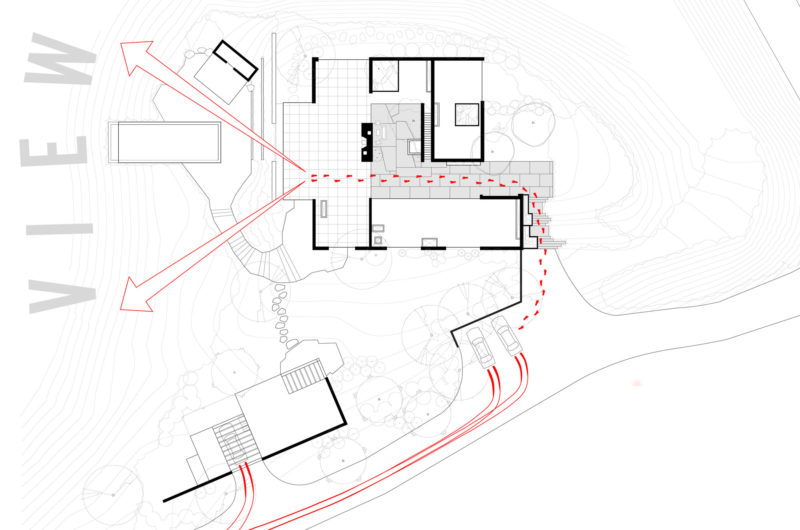