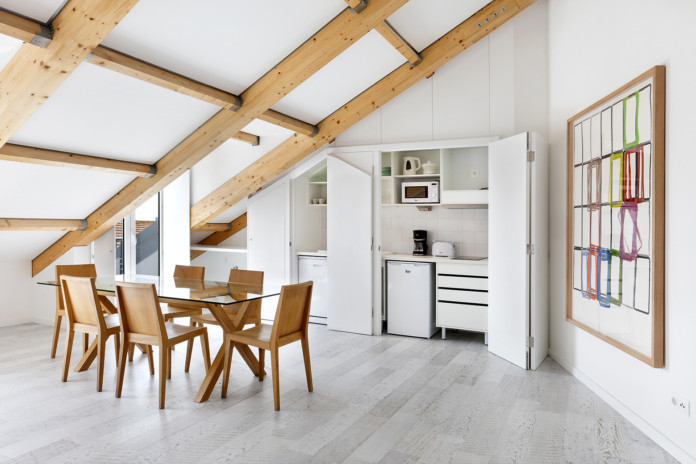 This outstanding project is based on an old historical building that was in dire need of a renovation. The building is located in the parish of St. Maria Maior, Lisbon, and it is included in the city’s Level II of Archaeological Value Areas. Finished in 2014, the project was completed by André Espinho Arquitectura, and it aimed to restore the building extensively while maintaining its unique charm and individuality. 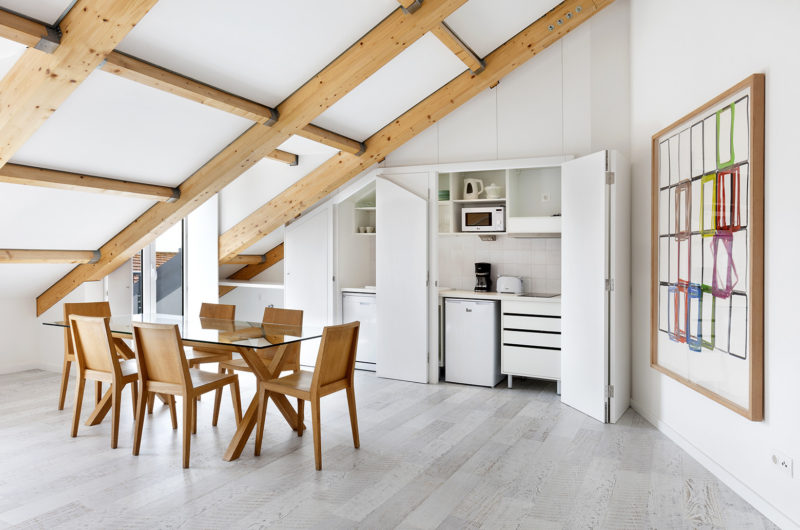 Apart from improving its exterior facade and interior finishes, the architects also called upon the help of artists that installed their own artworks throughout the building. Even though it remained standing after the 1755 earthquake, the structure was the subject of a renovation process back in the day, as it had suffered extensive damage. The renovation included the replacement of the all of the original polychrome panels with brand new panels. This happened during the period when the Marquest de Pombal served as the Protuguese prime minister. 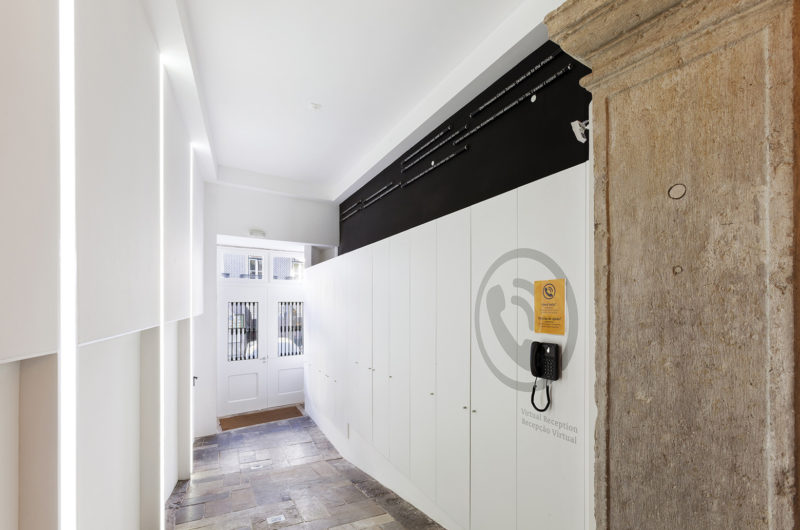 The building’s modern renovation was focused on converting it for tourism and local housing. Due to an outstanding energy-efficient design, the house received the (A) classification award in the 2015 edition of the National Prize for Urban Rehabilitation. 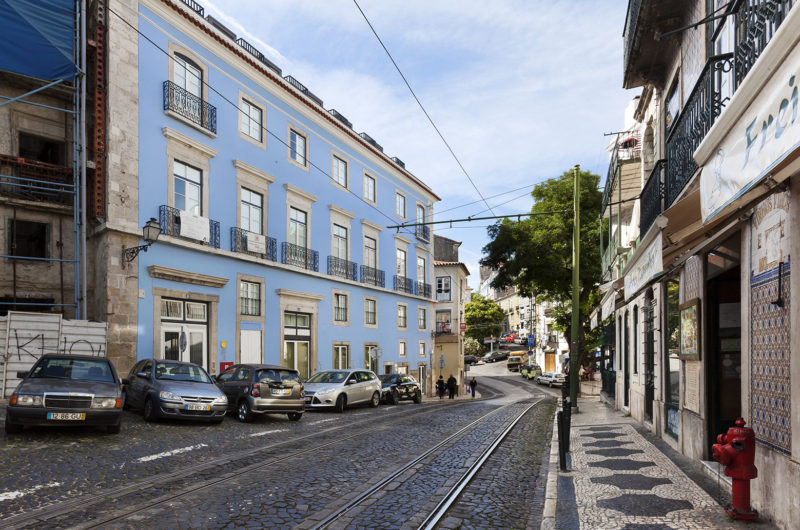 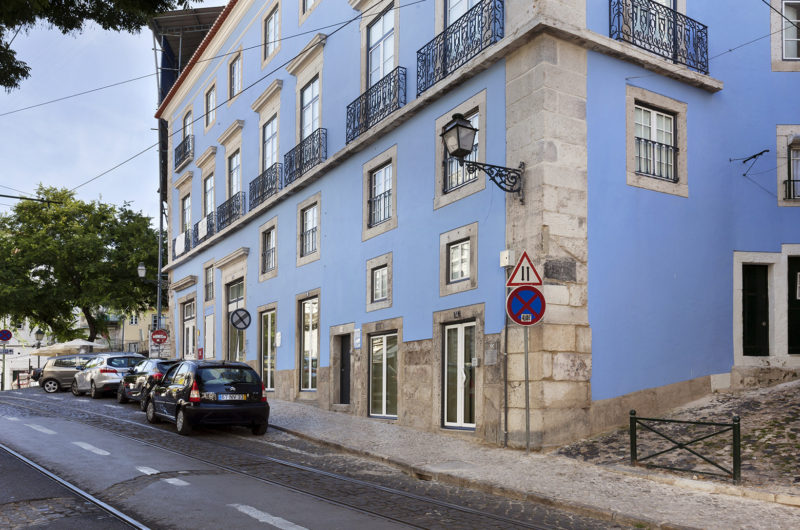 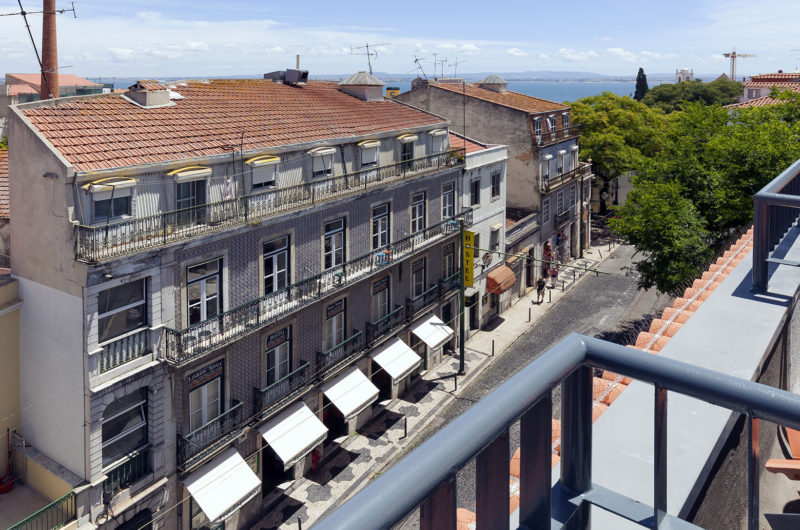 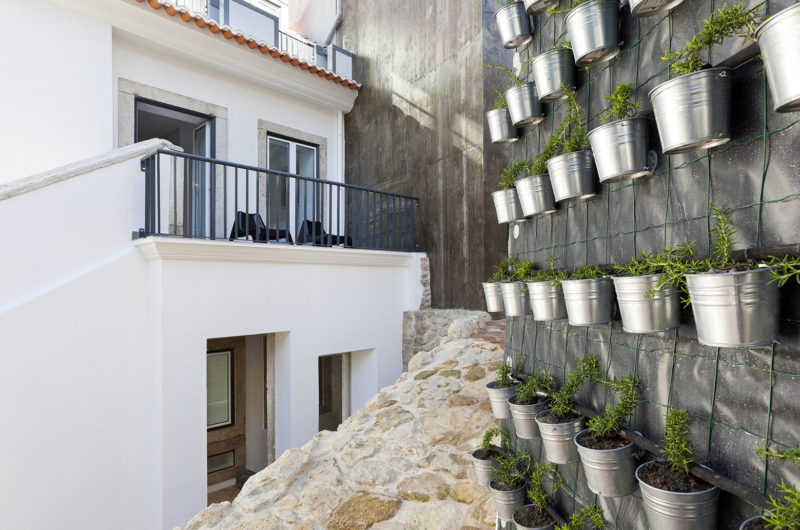 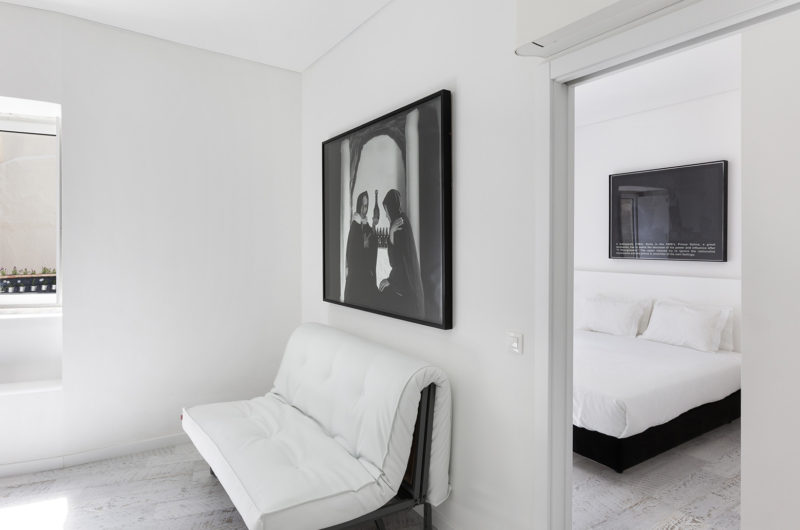 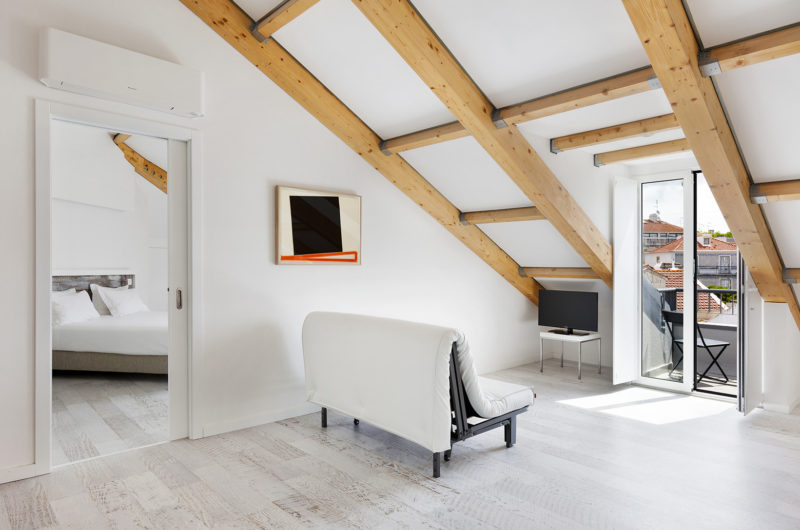 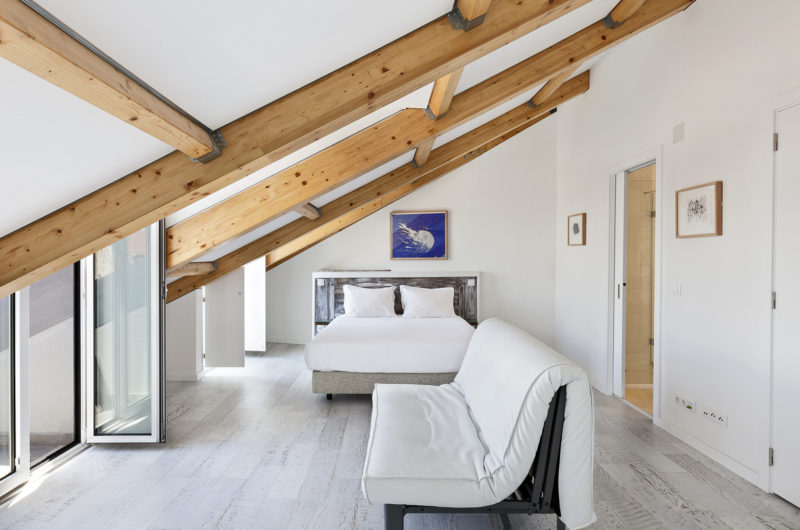 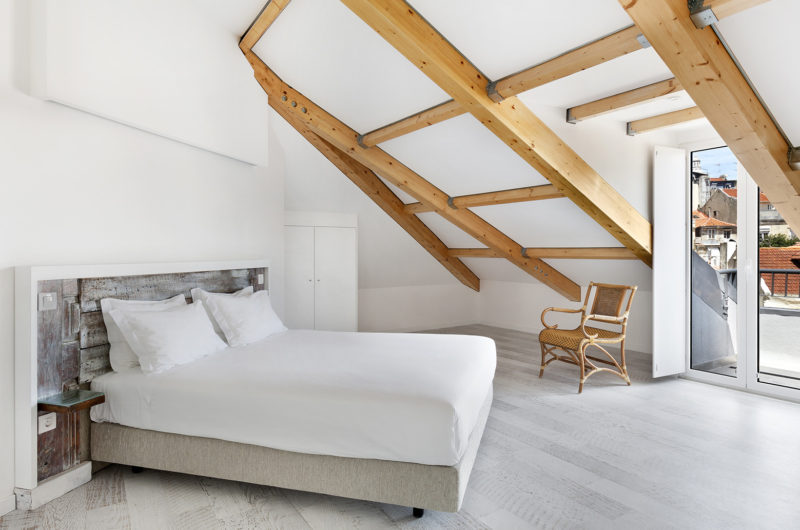 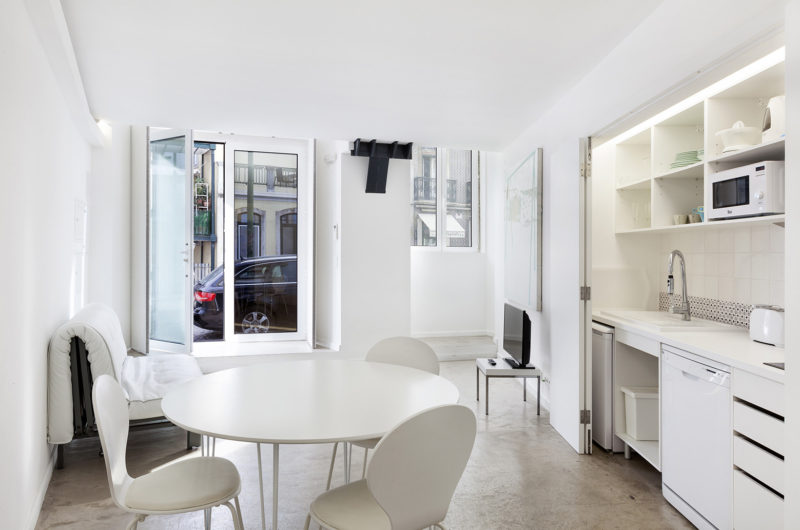 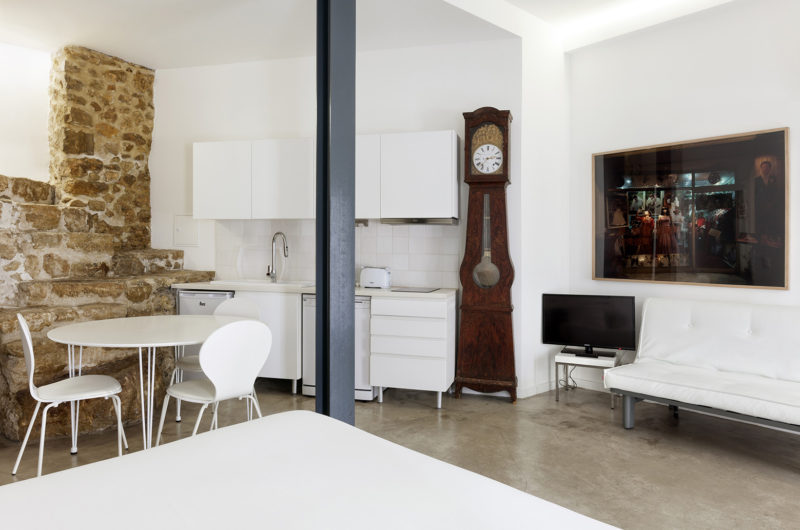 This kind of intervention stands for a new approach and vision on the built heritage of big cities which, most of time, are left to abandonment and abrasion of time for diferent reasons, either these are historical, social or economic.

In this example we can highlight the Investor´s will and initiative, allong with the knowledge of technicians, Architects, Engineers and builders to restore life and dignity to a building that was in a great state of degradation and which purpose has been mischaracterized over time. In a contemporary perspective and in it´s own context, we tried to enhance the experience of inhabiting the intrinsic features of the new and the old, in order to keep the most of the building´s character and expression also in the articulation of its interior space.

At the Interior architecture level we emphasized its complexity and structural heterogeneity, choosing the main resistant elements of the building as guides for the design of the space, articulating circulations and interior compartments, as well as its whole relationship with the street and patio.

On the other hand this work is unique in what concernes for the interventions of artists who, by installing art works in the building area, raised the subject of art and rehabilitation symbiosis.

The property, wich was in great state of degradation, is located in the current parish of St. Maria Maior, Lisbon, which is integrated in Level II of Archaeological Value Areas. The 1755 earthquake consequently led to a rehabilitation phase; then, eighteenth-century polychrome panels that existed there were replaced by Pombalino´s panels.

Structurally the building is had two construction phases: The Pre-Pombalina (XIII-XV century) in the ground floor and the 1st floor, and the Post-Pombalina (XVIII century) in the 2nd floor and attic tapped. The rehabilitation of the building aimed to recover its value and to convert its use for local housing and tourism. Building features the most energy efficient solution, (A) classification, award in the 2015 National Prize for Urban Rehabilitation, Portugal. 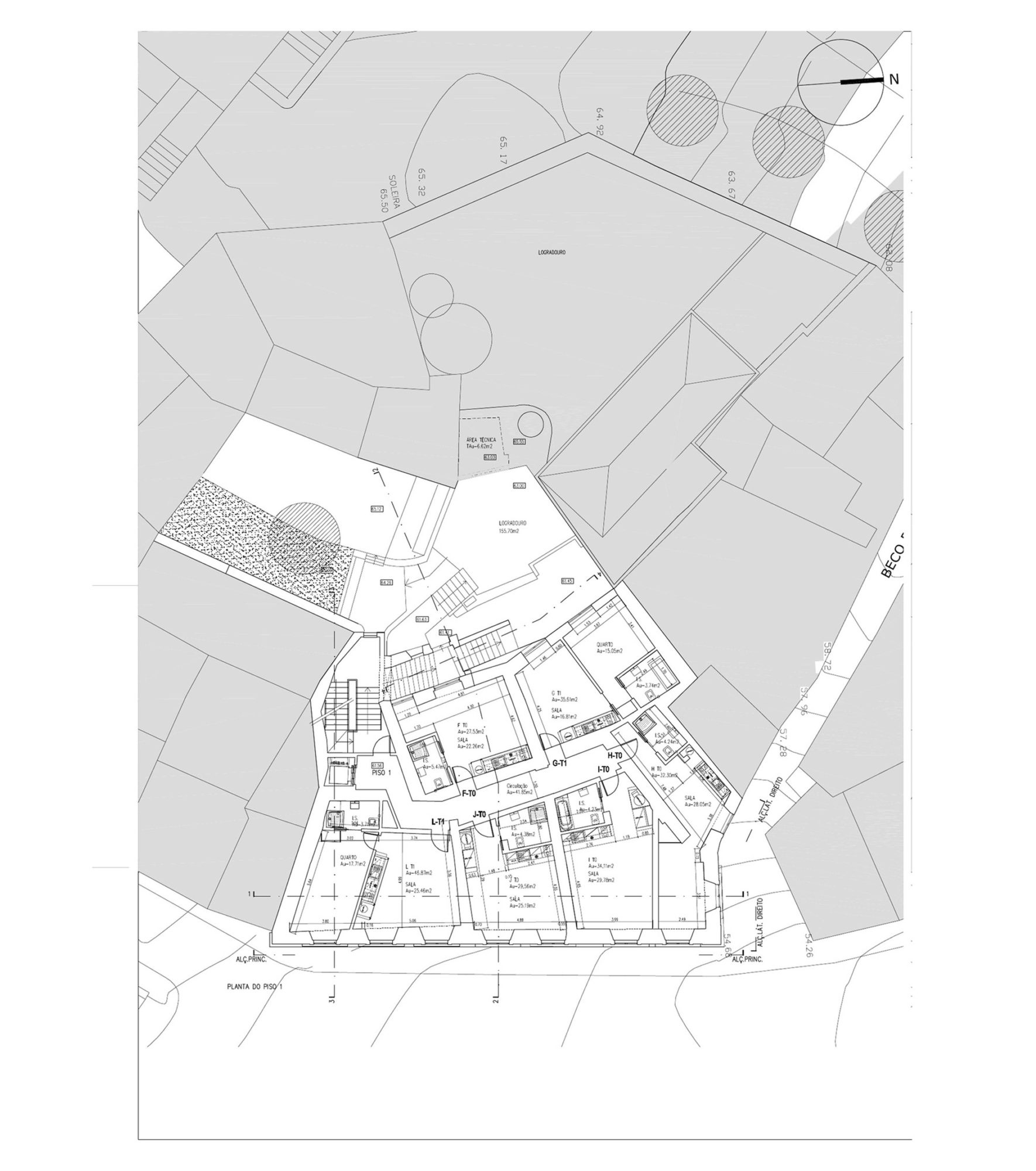 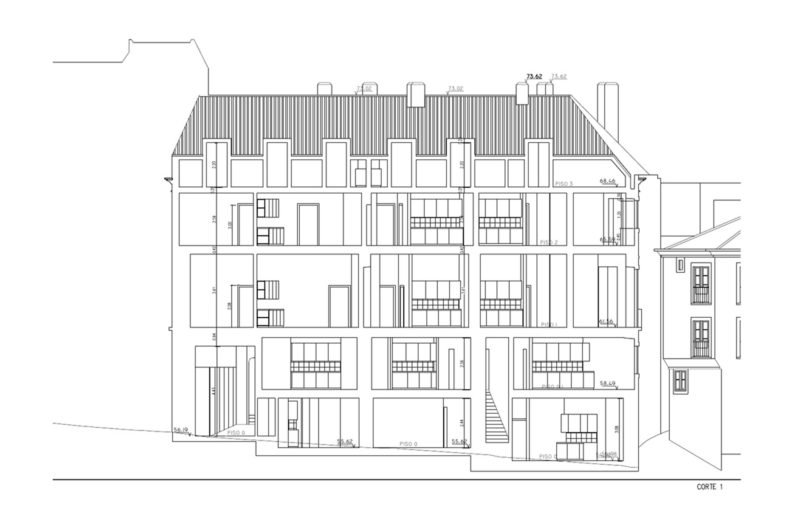 Triple Glazing Vs Double Glazing – Everything You Need To Know!