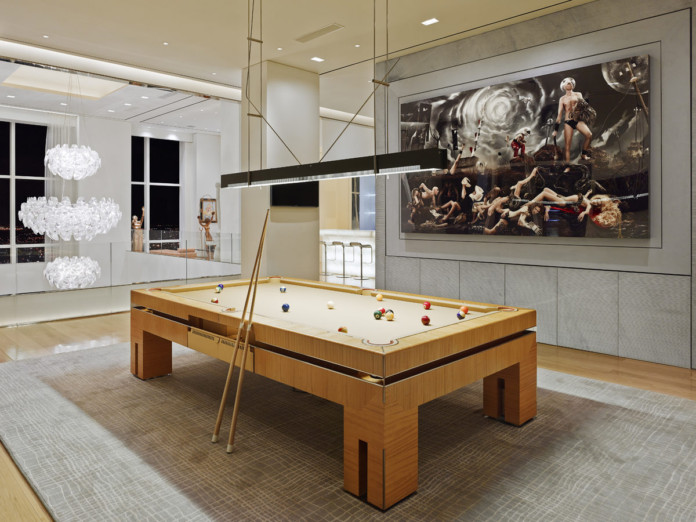 Placed at an altitude of 90 stories above the famous Manhattan borough of New York, this massive and luxurious penthouse was designed by a local company called ODA Architecture, and it represents one of the largest and most impressive abodes of its kind in New York. Accommodations include 12 bathrooms as well as 6 lavishly appointed bedrooms that feature majestic views of the city as well as high-end amenities throughout.

Flaunting 360-degree views of New York, the condo has a large open space area of 18,000 square feet, and it was furnished and decorated to meet and surpass the highest degrees of opulence. The entrance of the apartment features a sculpture garden that has its own reflecting pool and 30′ water wall, both of which benefit from staggering views of the East River and of the headquarters of the United Nations. The living and dining areas share the same space and impress with comfortable sofas as well as large dining tables respectively. Other highlights include a home theater, a games room, a spa, a library and a fully equipped Italian kitchen that can be used to cook some of the most delicious meals.

The main bedroom is an epitome of luxury that boasts a massive king-sized bed, high quality flooring as well as beautiful paintings and sculptures that give off an atmosphere of fine taste and lavishness. 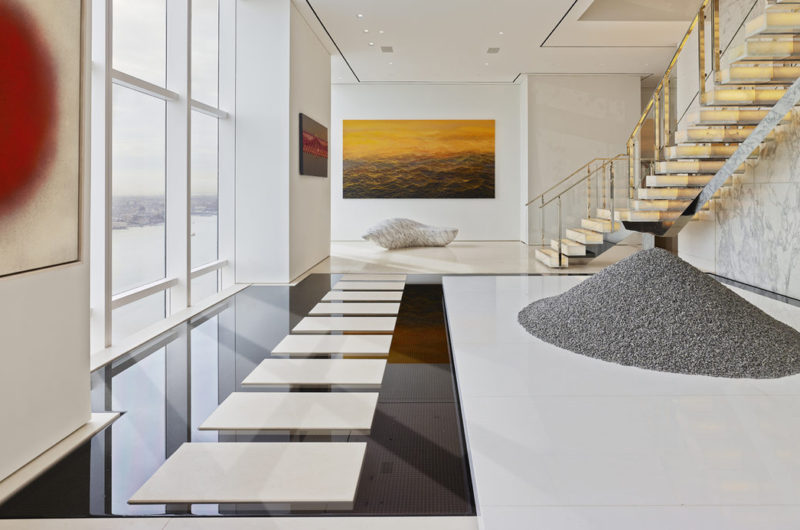 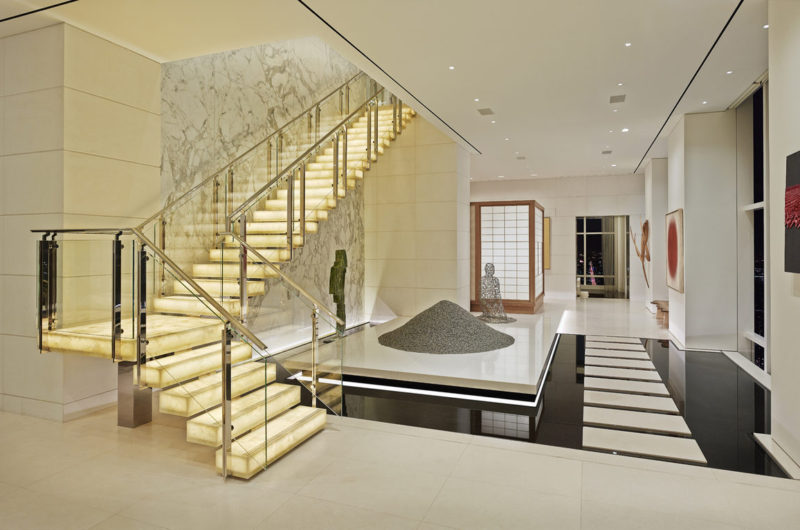 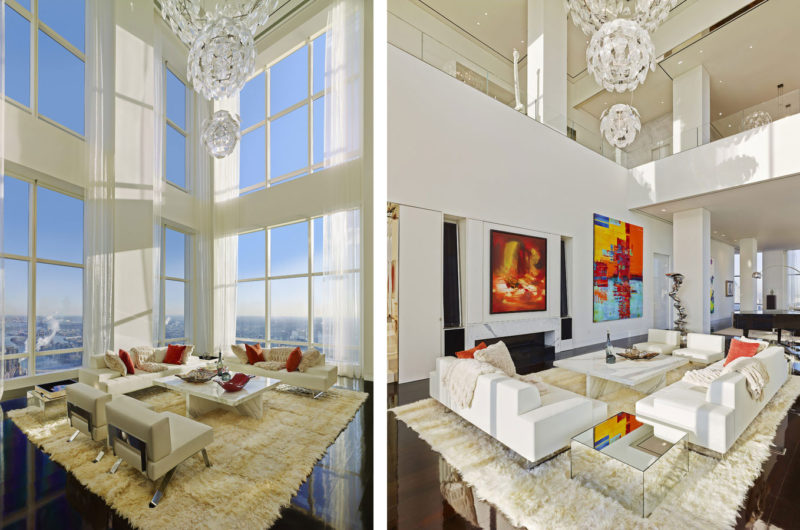 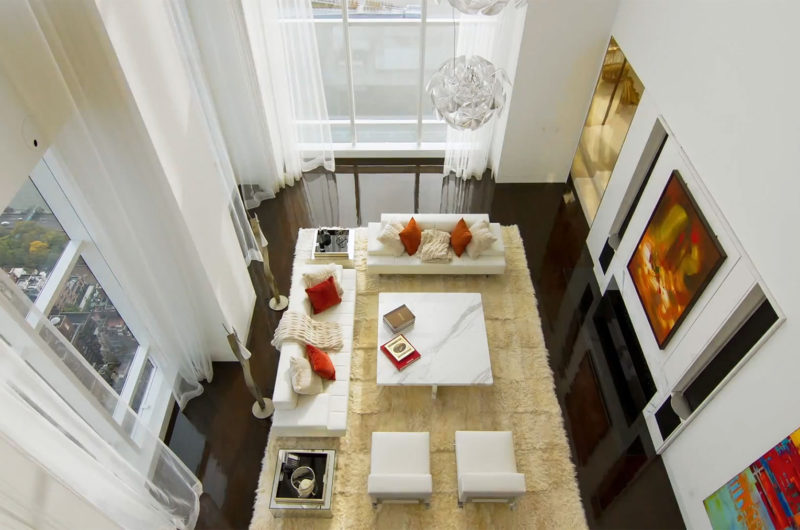 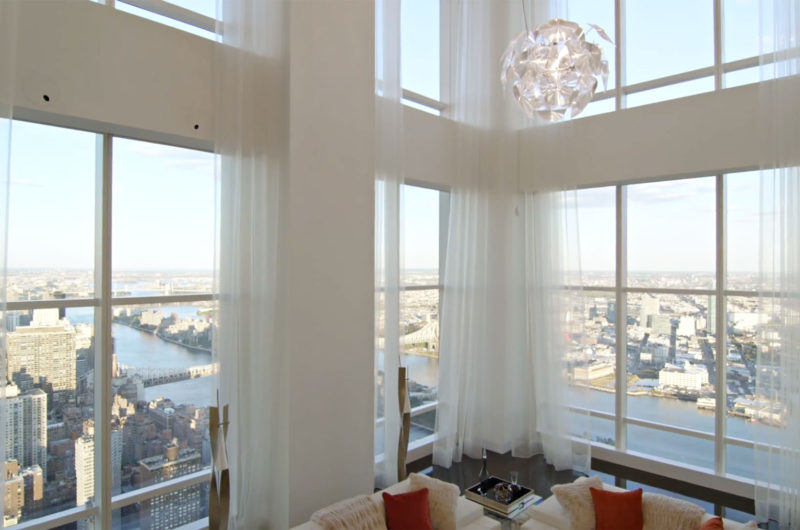 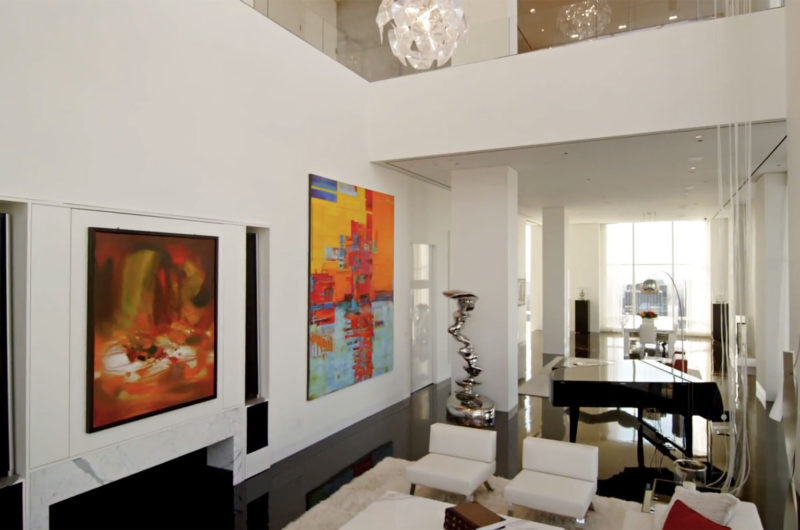 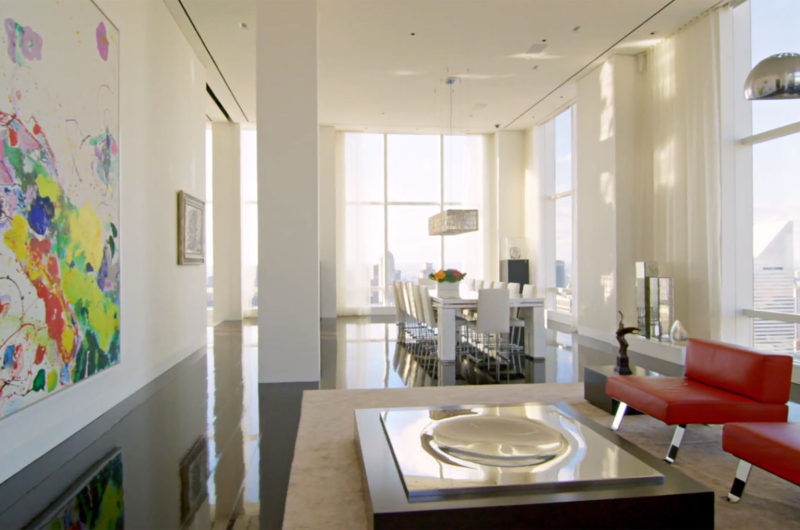 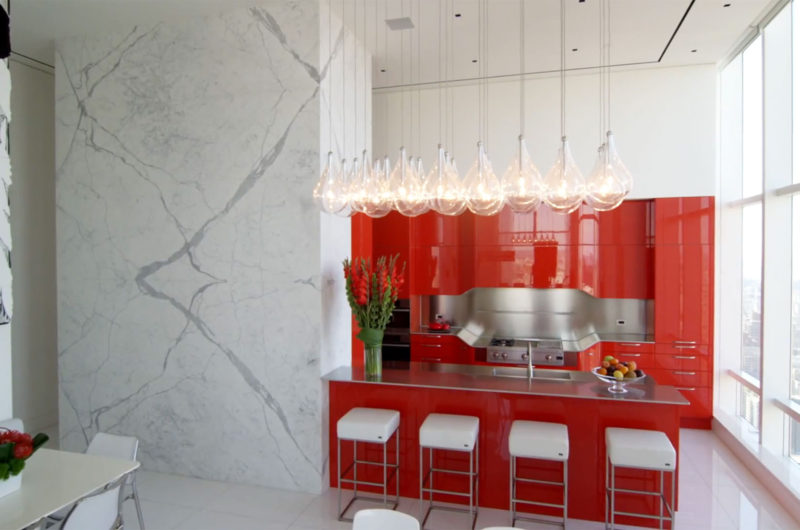 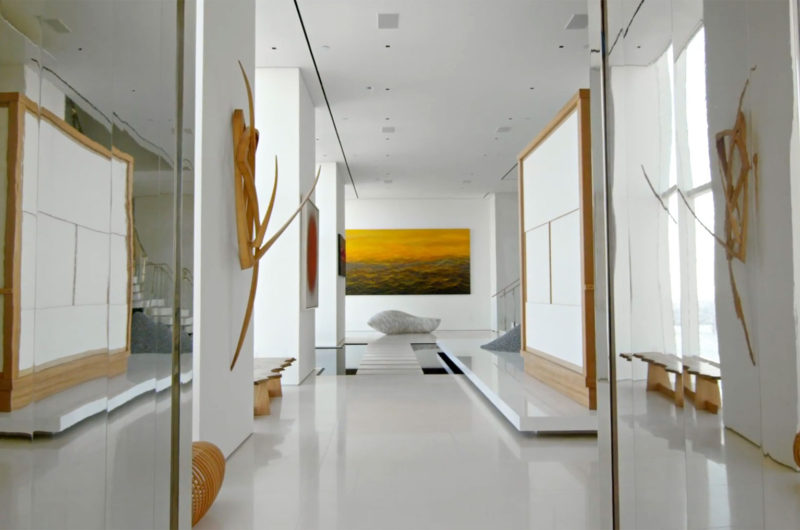 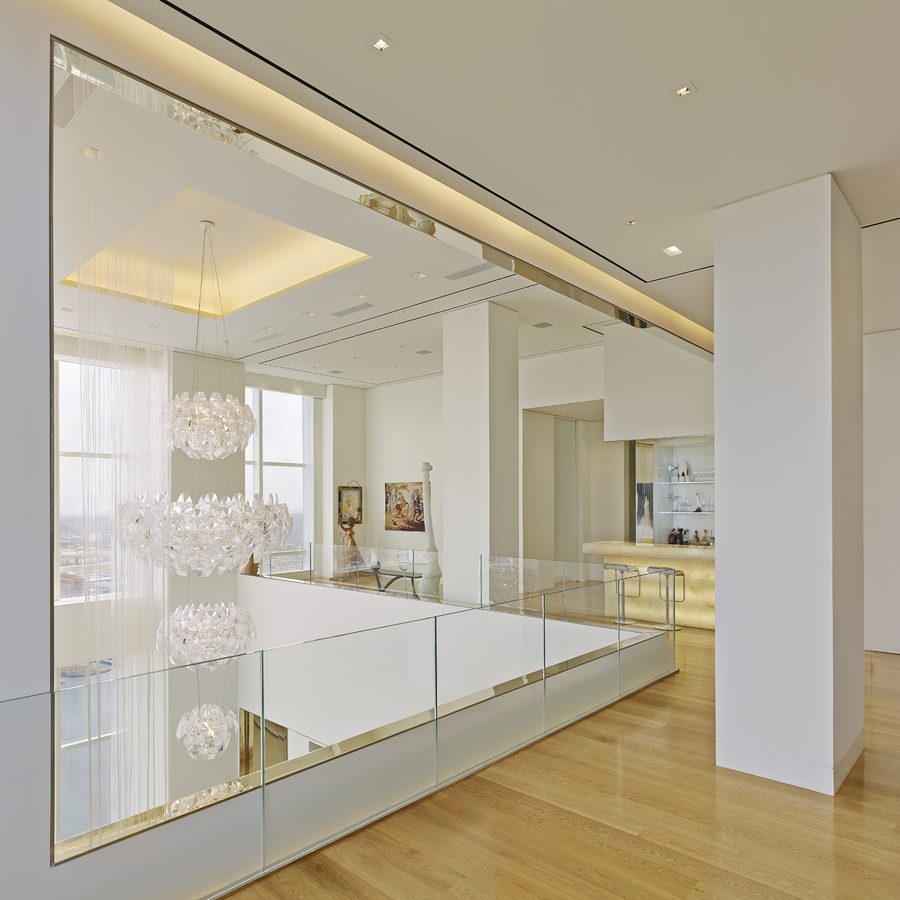 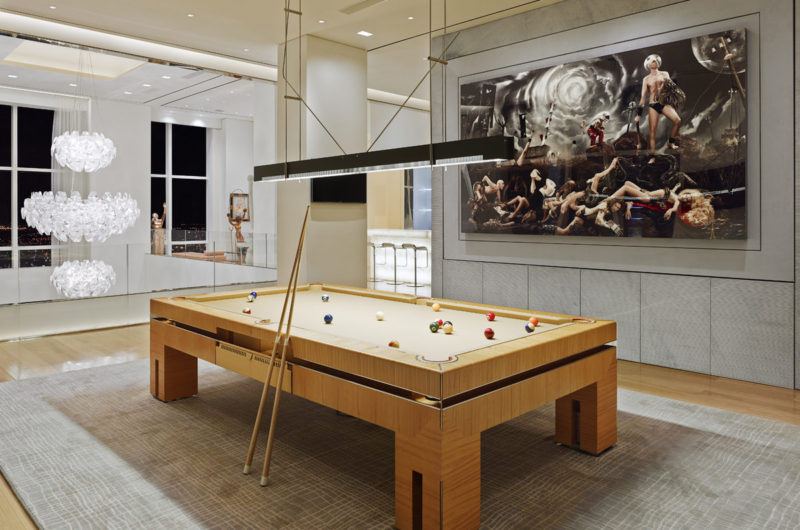 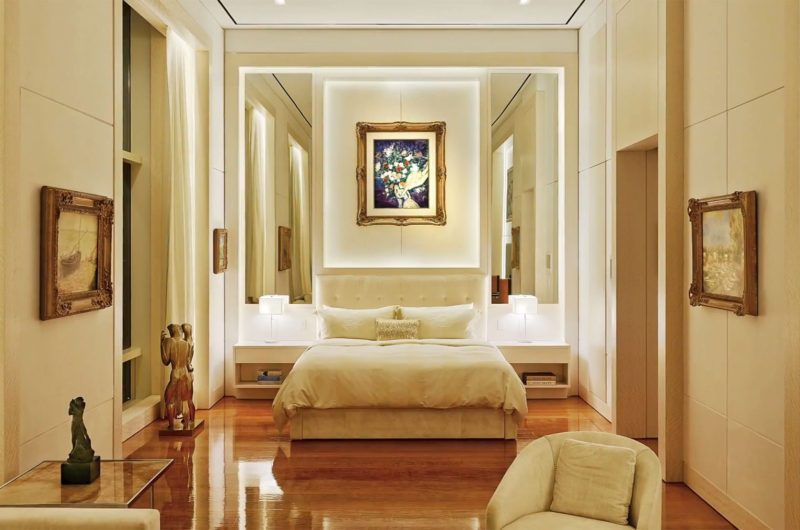 From the ODA Architecture:

With a perimeter of 16′ foot floor- to-ceiling windows, the essence of the apartment is the sculpture garden at its entrance.

Seemingly without limitation, every feature from the façade to the interior is meticulously planned and detailed with a modern and minimalist approach using only the most pristine of materials creating a unique and exceptional setting to rival. 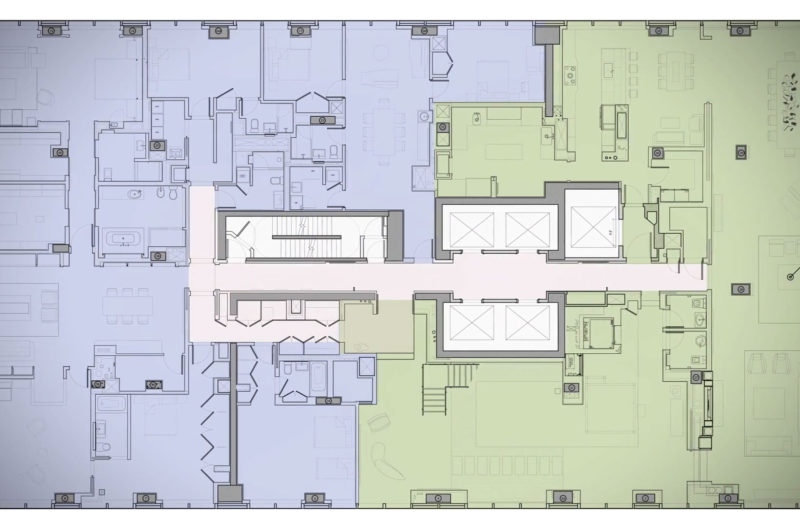 The Complete Guide to Preventing Backflow in Your Water Supply at...