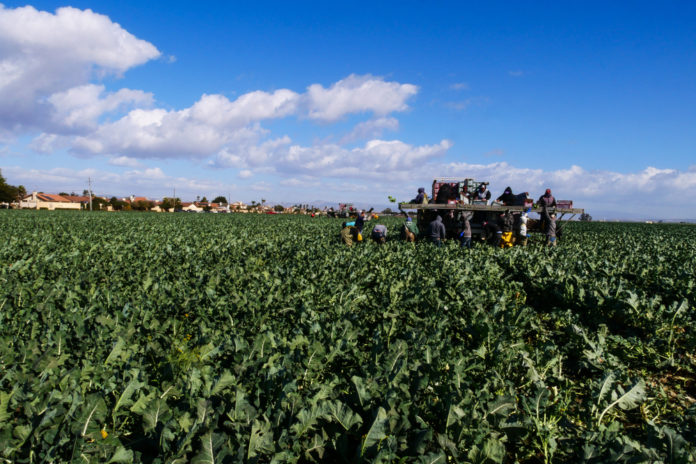 In the fields of California, where broccoli and other Brassica crops are grown, a beneficial fungus has been keeping the fields free of a pesky nematode without pesticides. The presence of this fungus has coincided with increased yields and a decrease in the use of pesticides. This is good news for both farmers and consumers.

Over time, something odd has happened in those fields that are hard to explain and doesn’t follow the usual trends. For example, applying pesticides to combat the nematode decreased, but the circumstances also reduced pest infestation. So what’s going on? Perhaps the helpful fungus is involved.

What is a Nematode?

Nematodes are microscopic, plant-parasitic roundworms. They cause millions of dollars in crop losses each year. There are many species of nematode, each specializing in attacking a particular host plant. For example, the root-knot nematode specializes in feasting on Brassica crops.

Pest Control is Crucial For These California Fields

California is the United States’ leading producer of Brassica family crops, including broccoli, Brussels sprouts, cabbage, and kale. However, these plants have a long history of pest infestations from a parasitic nematode that can cause millions of dollars in damage. In the past, farmers had to use a lot of pesticides to keep these pests under control.

Nematodes are tiny, worm-like creatures that live in the soil and feed on plant roots. They can cause stunted growth, yellowing leaves, and reduced yields. These Nematodes, known as Heterodera schachtii and H. cruciferae, are significant pests to all types of crops in both North American and European territories. One year, in 1999, the Nematodes attacked the sugar beets, cabbage, and more in Europe, decimating their food yields like nothing you’ve ever seen. There were estimated losses of $95 million a year.

The Mysterious Fungus Among Us

In recent years, the strange interaction between fungi and these broccoli fields contributed to this decrease in pesticide use and increased crop yield. Research supports the notion that the beneficial fungus, which this new research doesn’t name directly, has decreased the use of a pesticide known as 1,3-D, and over time, it ceased for these fields in 2014. At the same time, yields in these fields also continued to increase.

To understand this phenomenon, the University of California researched approximately 152 Brassica fields in the state. These tests aimed to determine how concentrated populations of these Nematodes were in the soil, but once they received the results of the soil tests, they came back with different information than they expected. Approximately 62% of soils had no nematodes in them at all; most of the other samples had negligible populations of nematodes present.

The Use of Pesticides is Decreasing

Due to development, the use of the pesticide 1,3-D declined in general. This is good news for both farmers and consumers. Pesticides can be expensive, and they can also be harmful to the environment. This research shows that it is possible to reduce the use of pesticides and still have high yields. 1,3-D, in particular, was banned in the European Union and is usually found to cause public health issues. So, in the long run, it’s better for everyone because the nematodes were vanishing on their own.

After more extensive testing of the Brassica fields, the researchers found that the beneficial fungus, which could be called a nematophagous fungus, was the primary reason for this decrease in the pest population. It turns out fungi like this are hyperparasitic; in this case, they live off or consume the nematodes in the California Brassica fields. In this case, the fungus was living off of the root-knot nematode and killing it.

The experiments determined that these fungi reduce the number of nematodes in the soil. Still, they have not been able to conclude that fungi are the primary reason for the reduction in pesticides. Instead, the researchers noted that they’ve found an example of concurrent events in the California fields rather than an apparent cause-and-effect relationship.

Benefits of Biological Controls For Pests

This research could have a significant impact on the way we grow crops in the future. If scientists can replicate these results, it would provide farmers with a way to reduce their use of pesticides while still maintaining high yields. In addition, this research could lead to the development of other biological controls for pests.

As a commercial grower in California, you should know the potential problems that nematodes can cause, and this research supports the idea that there are ways to reduce your use of pesticides. If you’re in the market for a knowledgeable commercial pest control company, consider the leader in commercial pest solutions. Sprague Pest Control Services can help you develop a pest management plan that minimizes the use of pesticides while still protecting your crops.

We can also help you identify potential problems early so that you can take action to prevent significant damage. When you choose us, we’ll manage pests at every stage of their lifecycle, both inside and outside your company. We will provide an arsenal of cutting-edge, science-based solutions to eliminate and prevent pests.

We’ll ensure they never eat into your security, productivity, or profitability again. If we determine that pesticides aren’t the way to manage your commercial pest problem, we’ll find a way to eliminate them without using them. Contact Sprague Pest Control Services today to learn more about how we can help you. 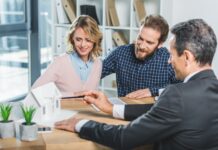 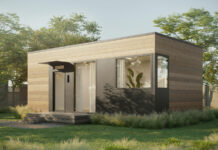 What Connections Should Your ADU Builder in San Jose Have? 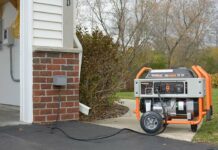 How Long Do Generators Last?