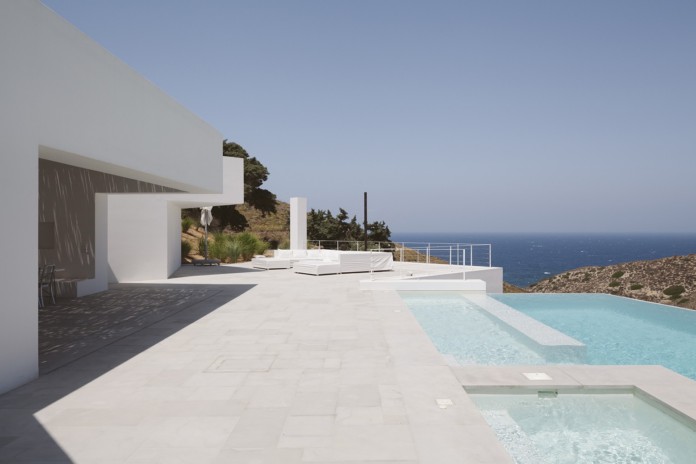 Spacious, contemporary and minimalistic, the original Ktima House was designed by Camilo Rebelo + Susana Martins, and it can be found on a Greek island named Antiparos. The residence was put together respecting traditional design cues and island regulations, and even though it features a modern design and a crisp white exterior appearance, it blends nicely with its surroundings. 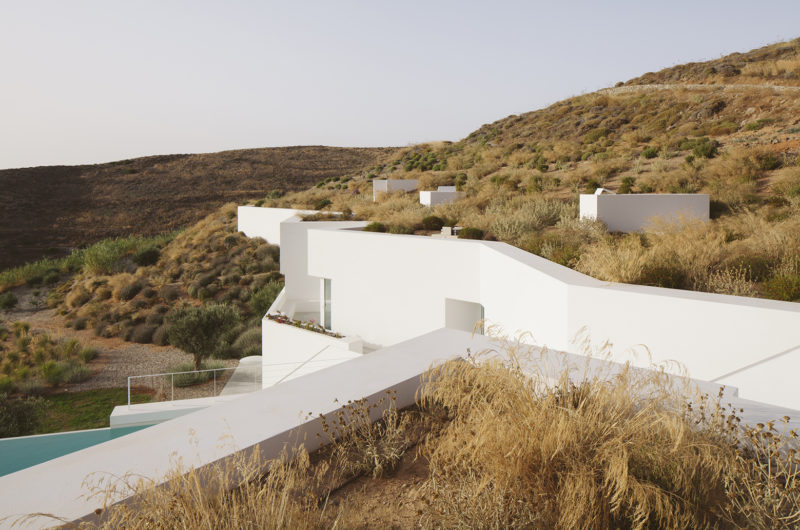 It is divided into two levels, one of which incorporates the main entrance and living spaces, while the other houses a guesthouse as well as the service areas and the staff spaces. As far as sustainability goes, Ktima House flaunts a green roof that helps maintain a comfortable temperature inside while reducing the need of artificial cooling systems. Ventilation is achieved with the help of two patios found at the back of the house. Overall, energy consumption is minimal. 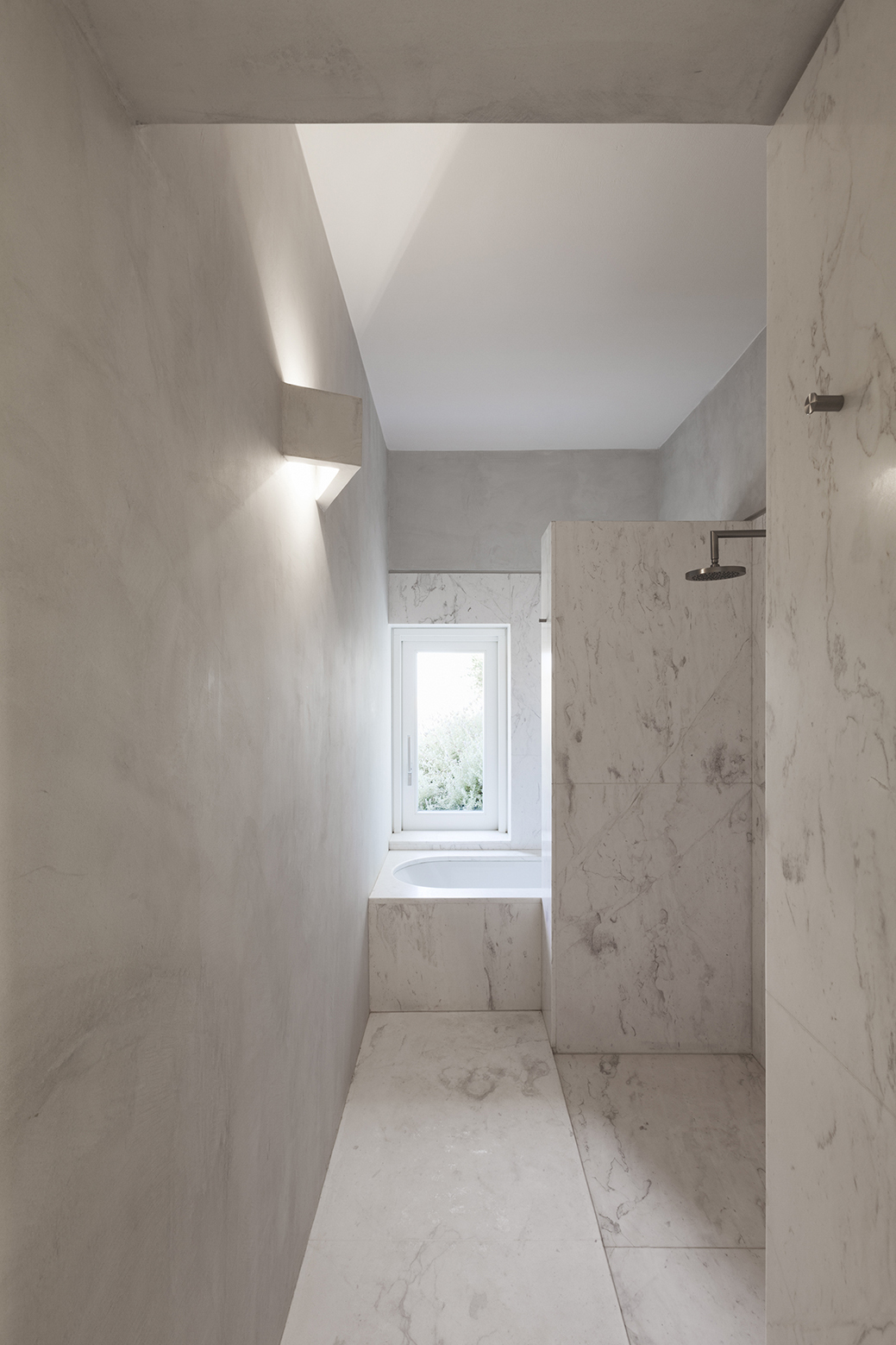 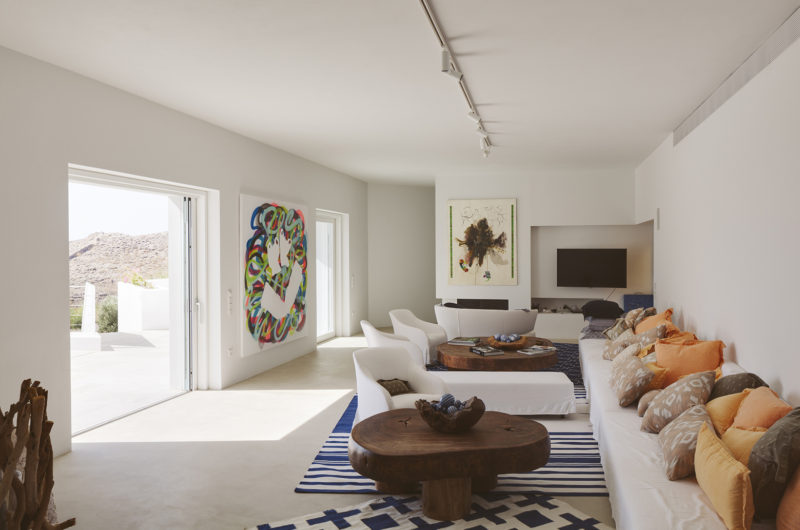 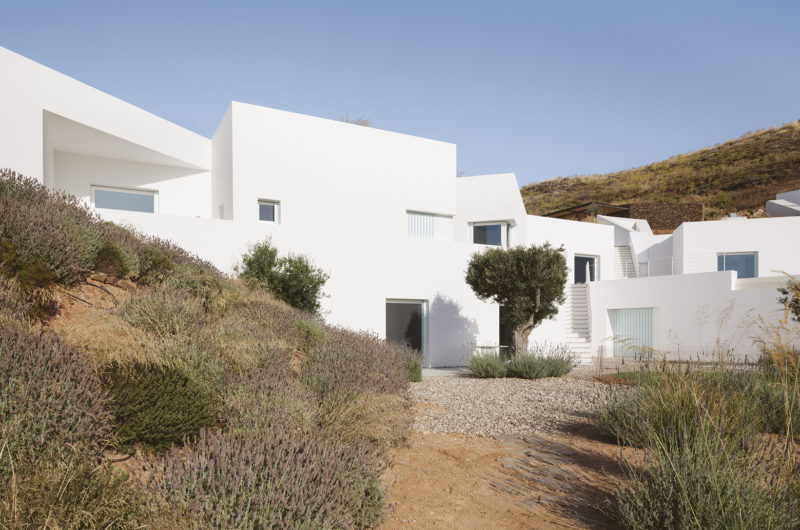 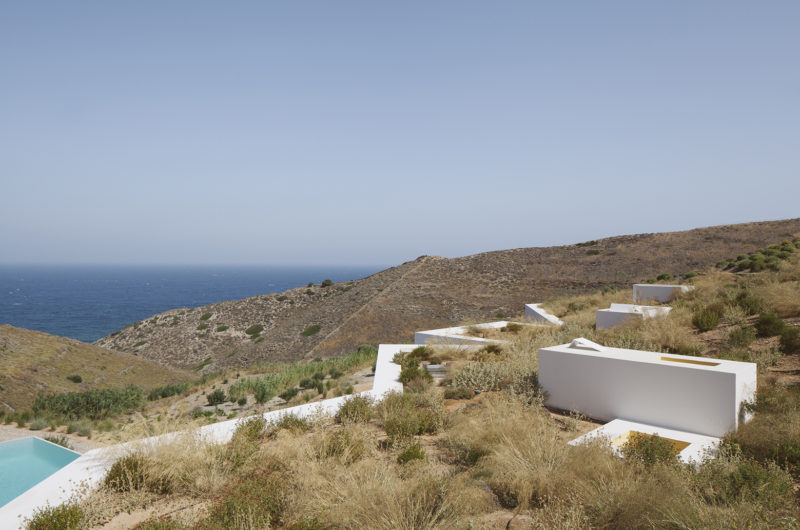 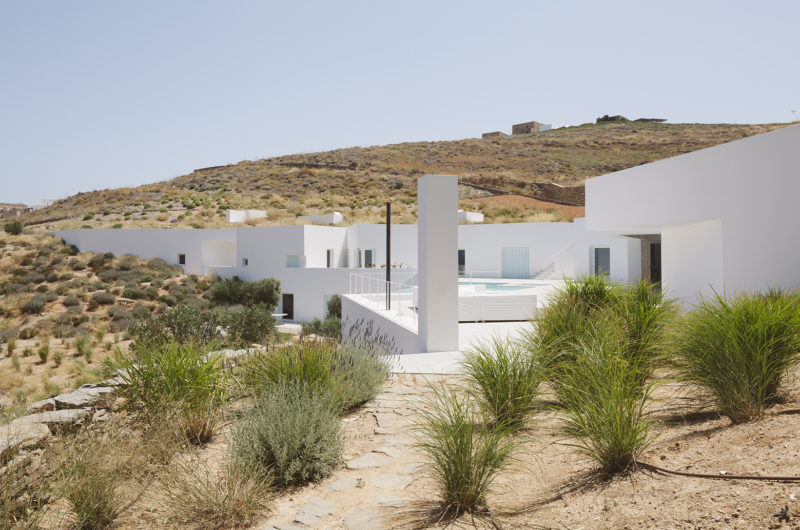 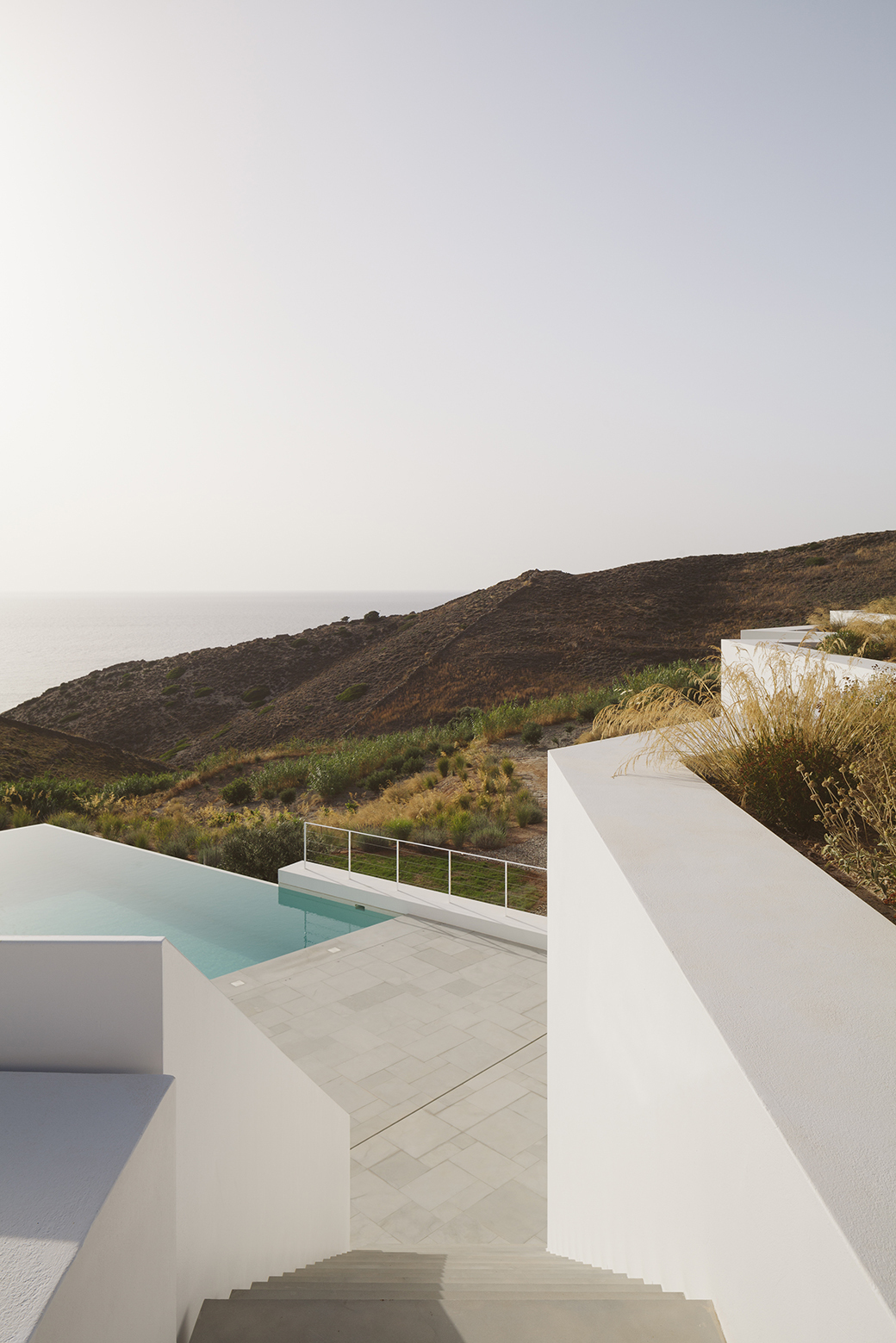 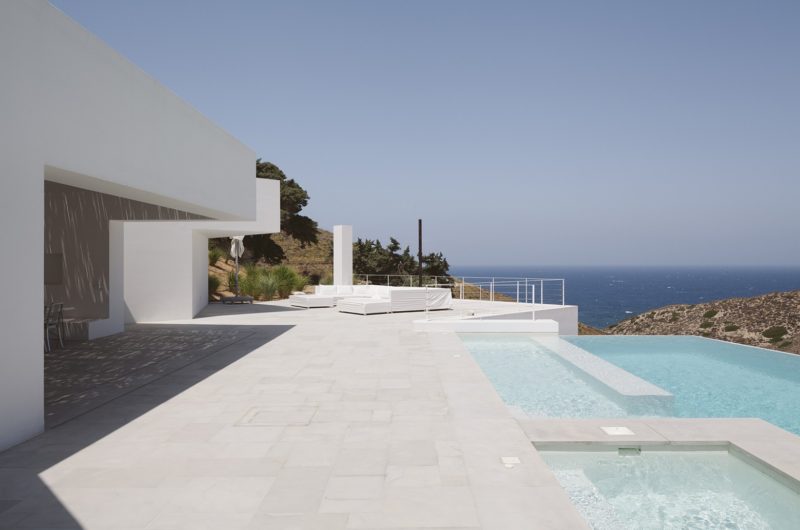 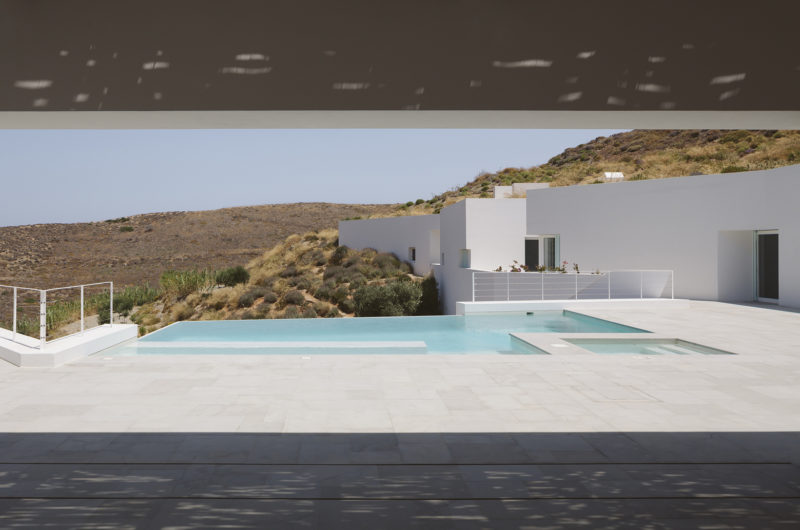 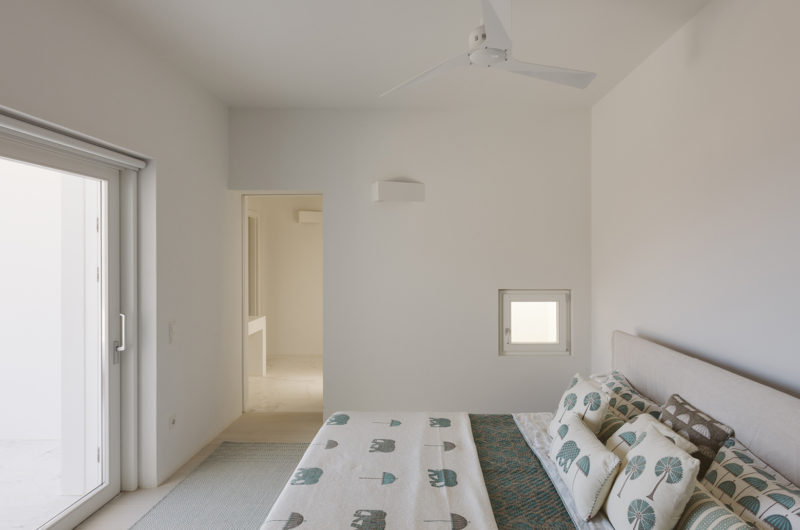 The main idea of the project was based in two elements: the existing walls, at different levels, and the platforms created by those walls. The elevations of the two house levels are broken lines that were created as continuation of the existing site walls. The topography helps to dissimulate the house.

Ktima, in Greek, means farm or parcel with fertile land. The project site is a plot with steep slopes, mostly green, with a few trees that are an exception in the context of Antiparos Island.

Order and chaos can be found in Greek civilization throughout the ages, including in our days – we were interested on these aspects and both were part of the concept for this house.

In the territory we can perceive this construction in two different ways. From above, in the main access area, we see a thick white and abstract line, adapting to topography and to the interior requirements. On the other hand, looking from the sea, we discover the facade with a figurative, continuous yet apparently fragmented composition that refers us to an ancient citadel.

The architecture process is very complex most of the times and Palazuelo’s paintings were also one of the most relevant references for this house.

In the Greek regulations, volumes can’t exceed ten meters long and this rule dictates the composition rhythm, always related to the interior spaces. All of them have distinct landscape framing and particularly varied in the amount and intensity of light. Based on a large program we decided to divide the house in two levels: the entrance level being the main house and the lower level the guesthouse, service and staff areas. The house was built following the local construction tradition and the island regulations – those aspects were crucial to the house expression.

This house has a particularly favorable condition from the sustainable point of view: the green roof guarantees with efficiency a constant temperature in the interior, without the need of powerful cooling systems. On the back of the house we incorporated a few patios that are extremely important for both levels ventilation. So we tried to use simple architecture elements to achieve low energy consuming. 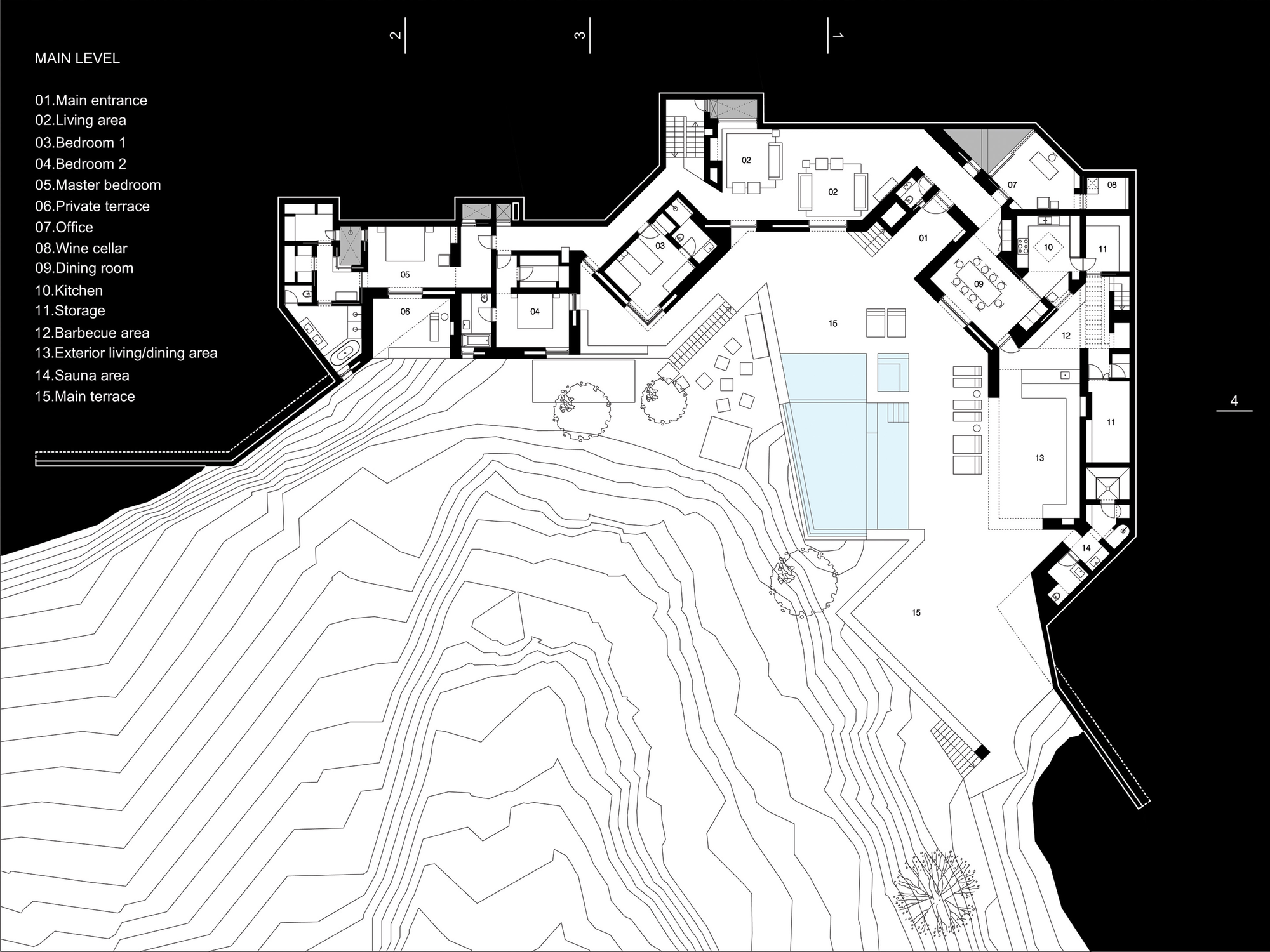 10 Creative Ways to Use an Area Rug to Decorate a... 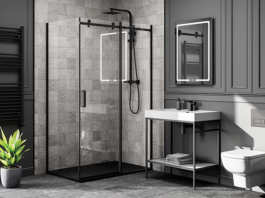 ABOUT US
Whether it’s your first house or your tenth renovation, you always need a good source if inspiration for your new project.
FOLLOW US
© 2011-2022 MyFancyHouse.com by BIGPOSTING