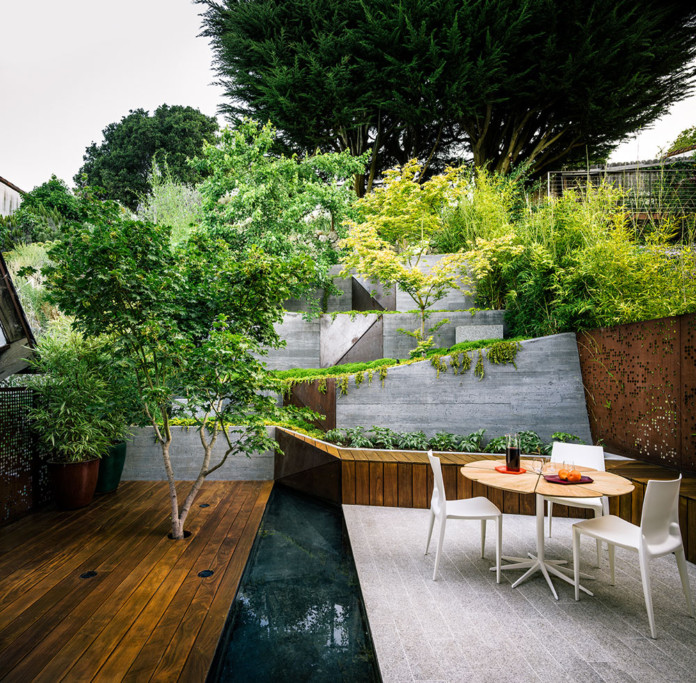 This marvelous landscaping project was created by Mary Barensfeld Architecture, and it encircles a lovely private residence in Berkeley, California, USA. The project involves lush greenery and pathways that allow the residents to explore, relax and take in the beauty, the scents and the unique sounds of nature in very close proximity to their own abode.

The garden is found in the backyard of an old residence from 1964, and it ensures access to an elevated patio that benefits from staggering views of San Francisco. The garden itself spreads on several levels and features a reflecting pool at its base, which can be used for relaxation and socialization thanks to a few comfortable chairs and a small round table placed nearby.

The architects in charge of the project wanted to avoid occupying too much space in the backyard with a regular staircase, so they opted to implement a series of board-form concrete walls that make their way up the sloping hill. Last but not least, the designers implemented a series of steel screens that function as bamboo planters while ensuring privacy from neighboring houses. 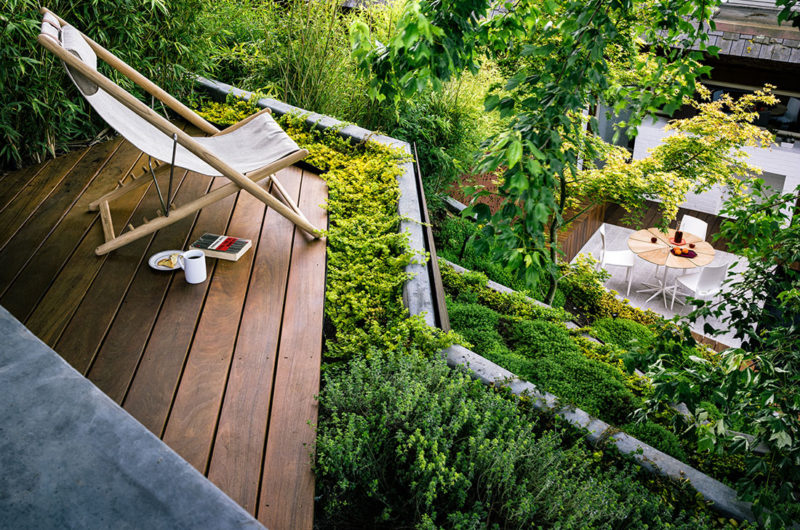 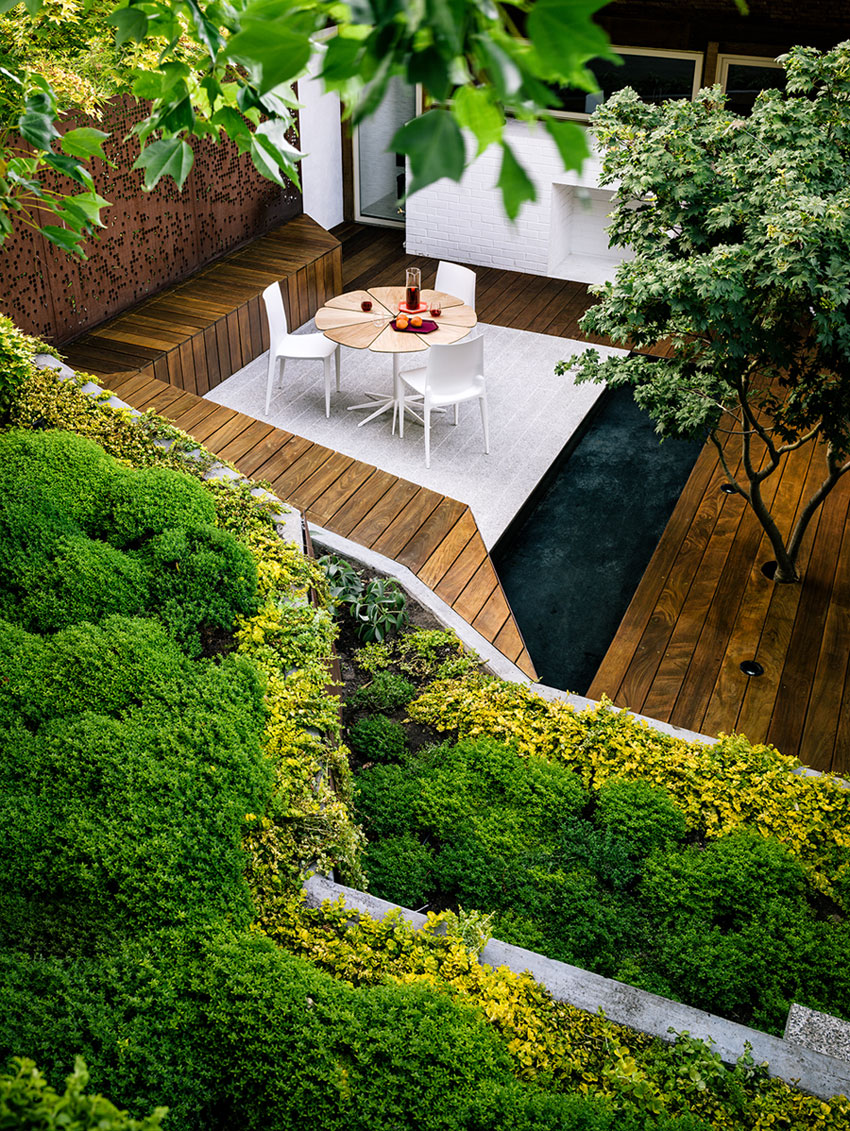 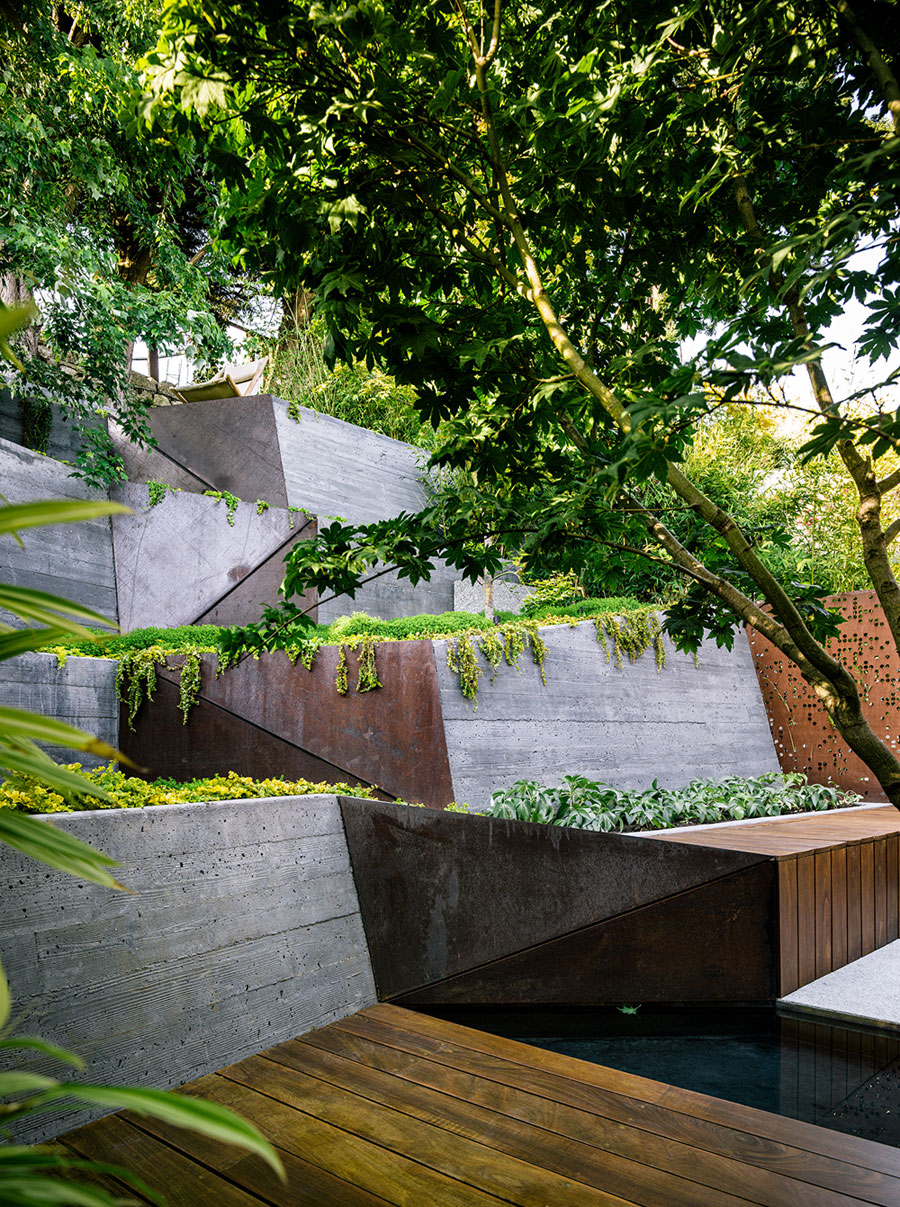 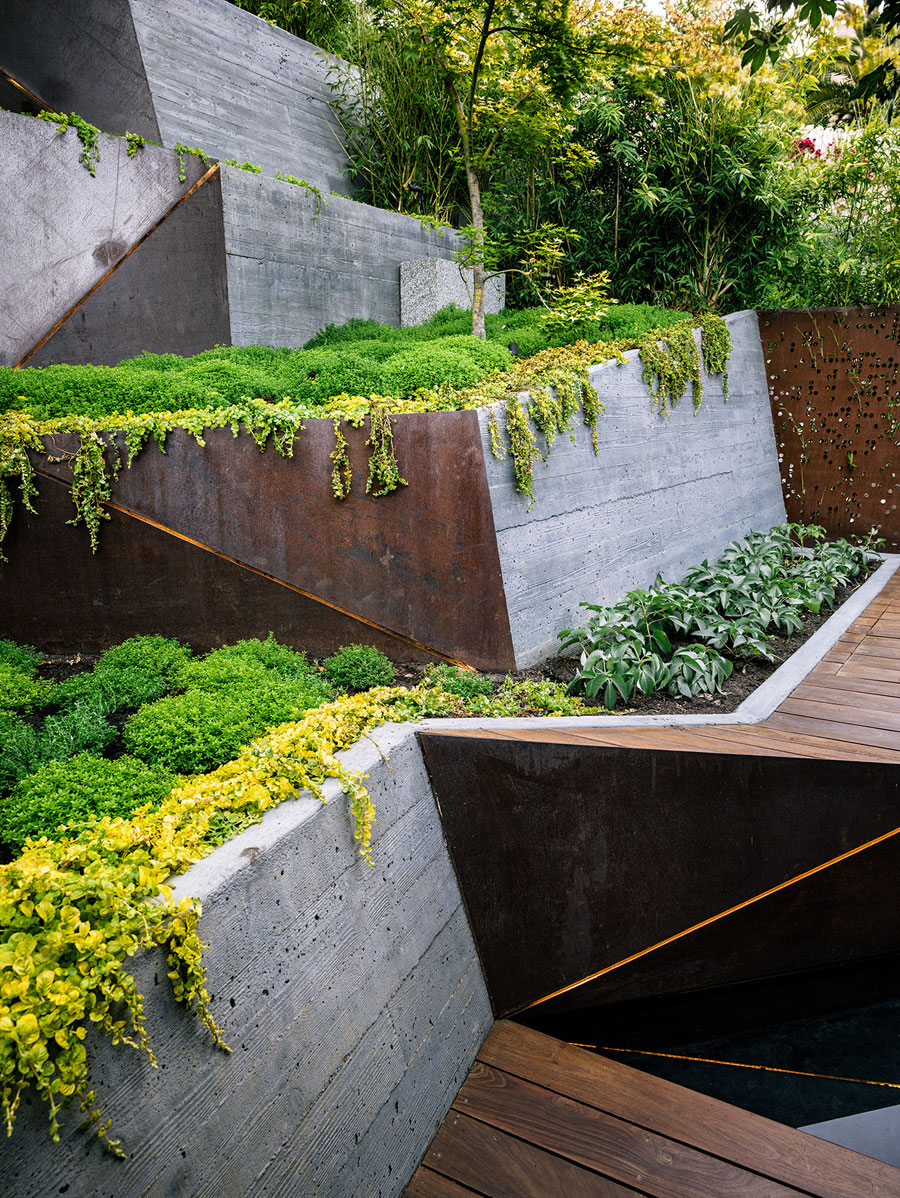 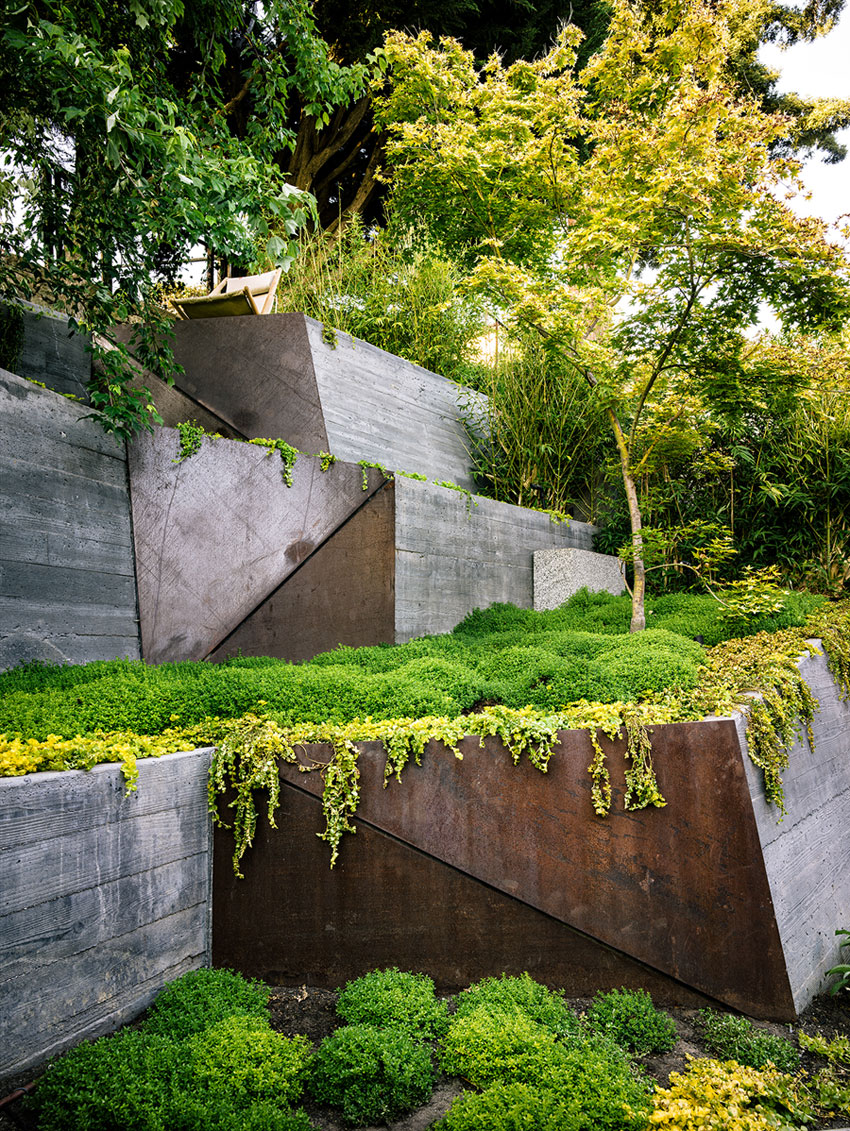 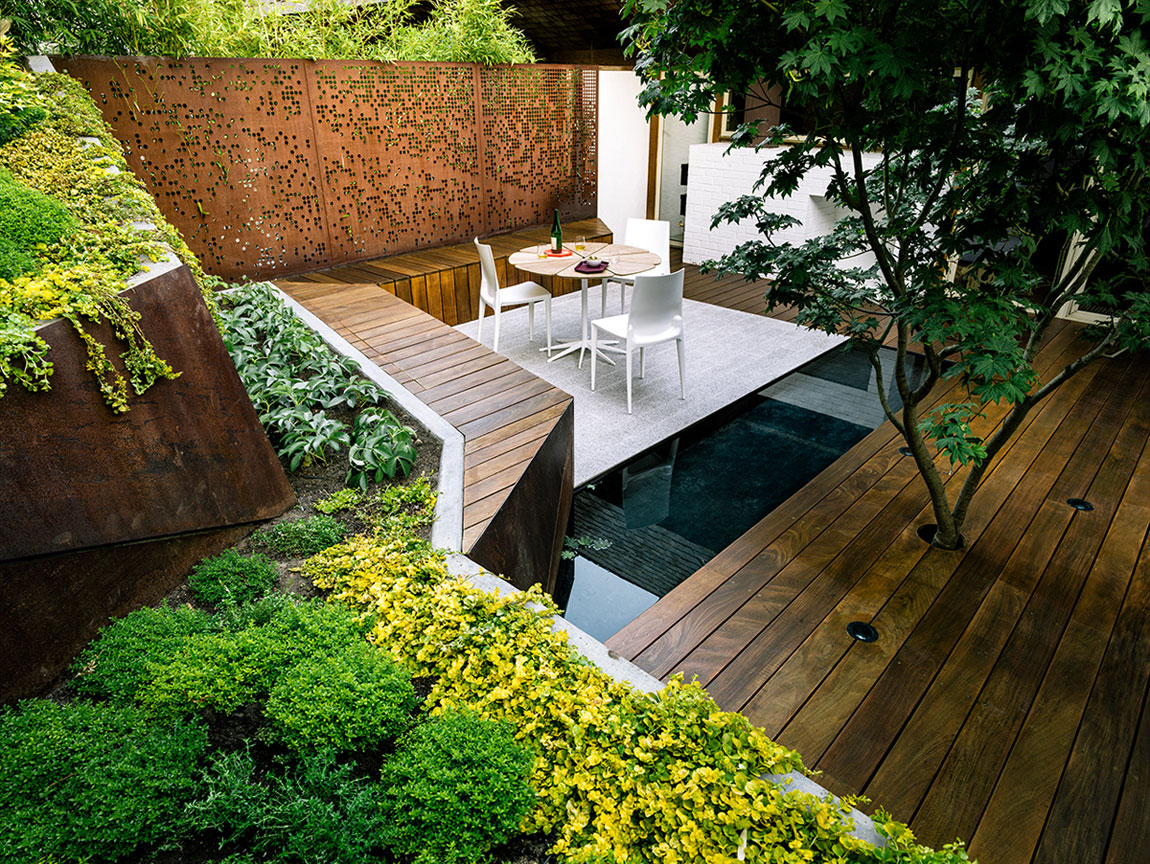 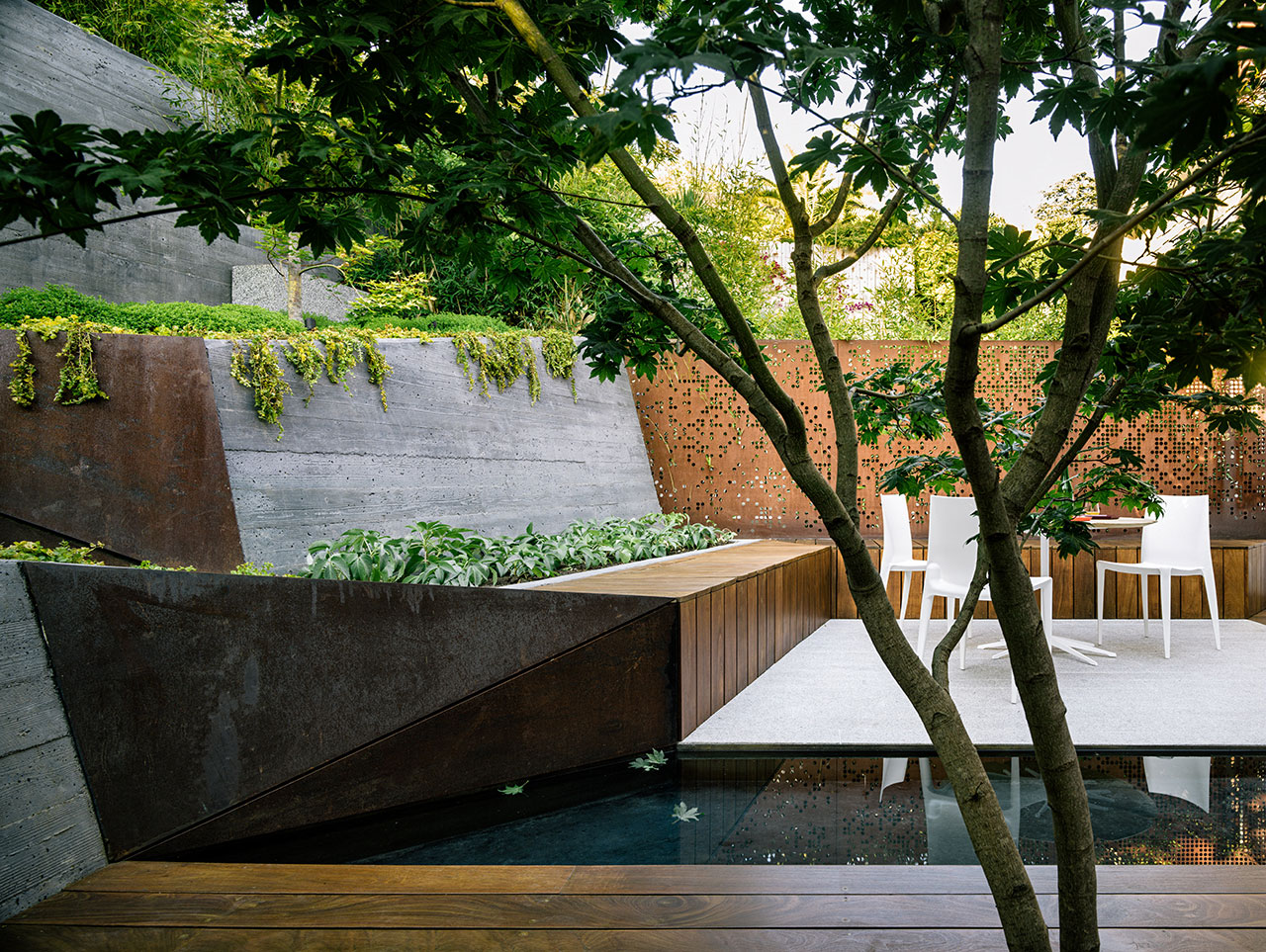 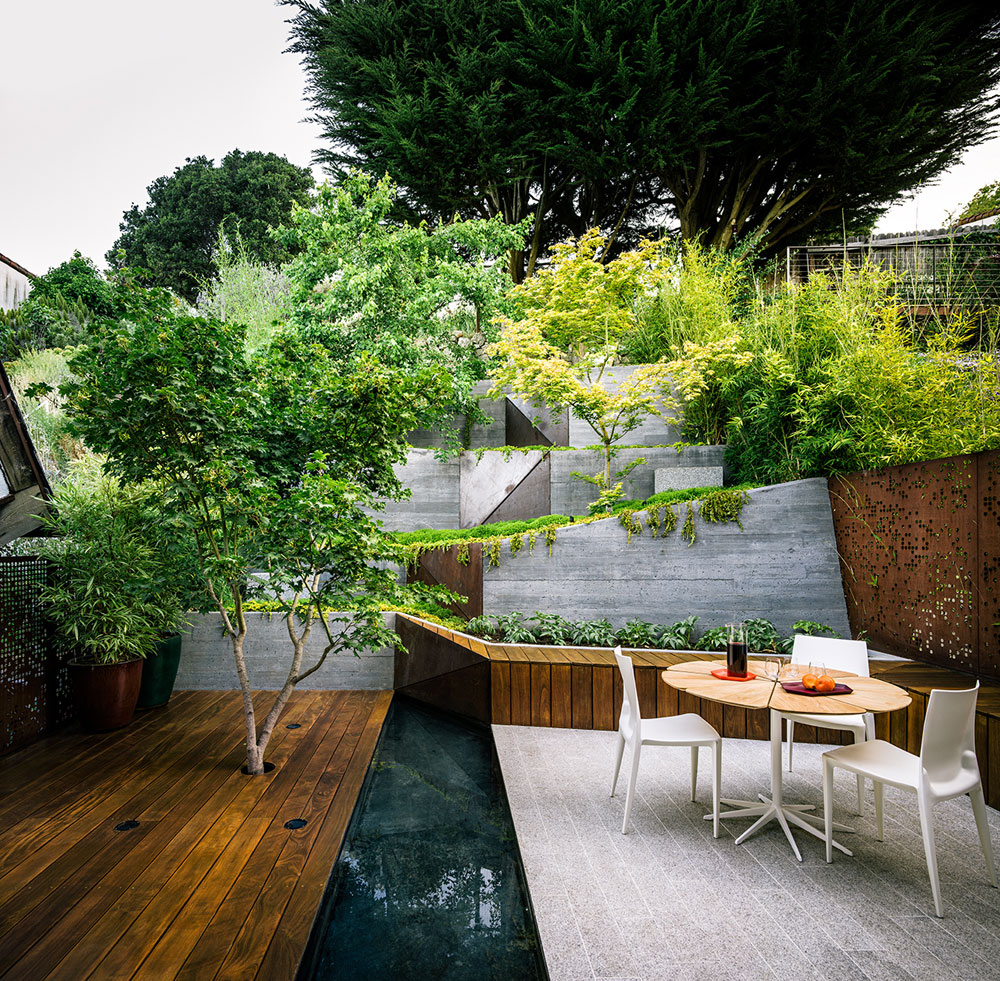 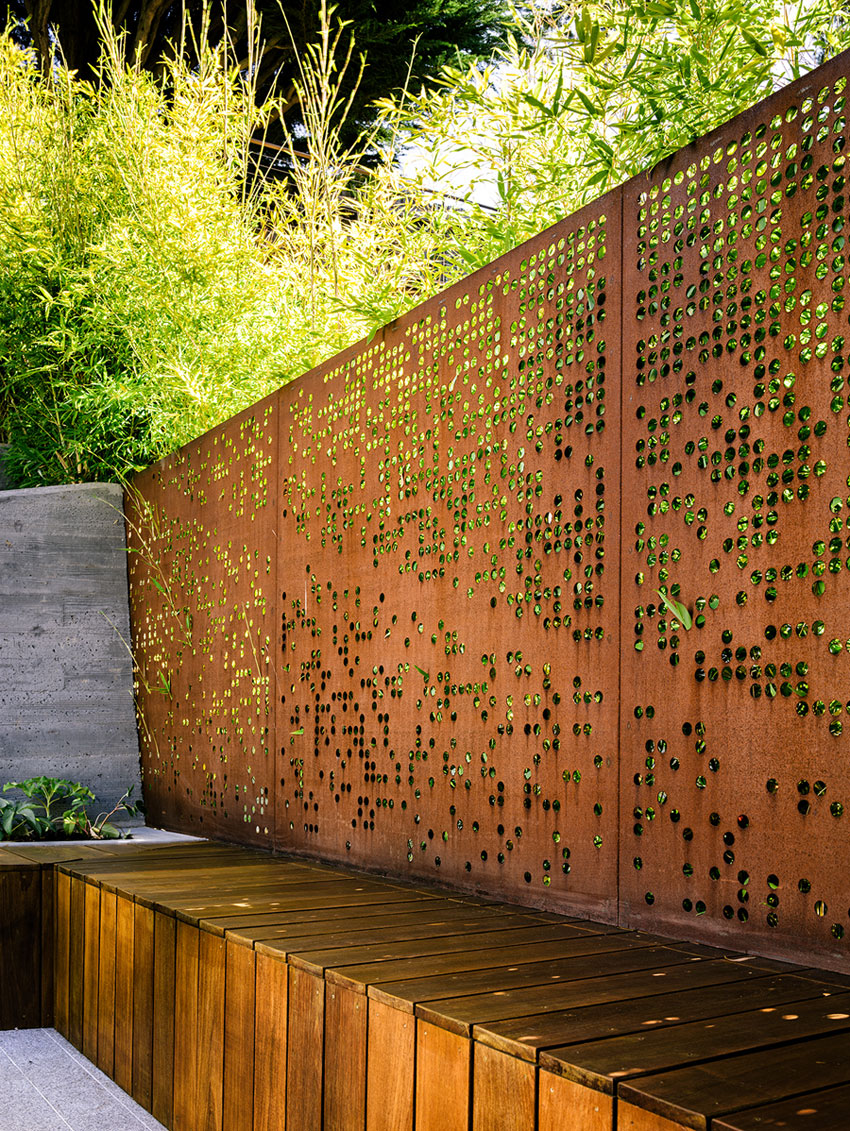 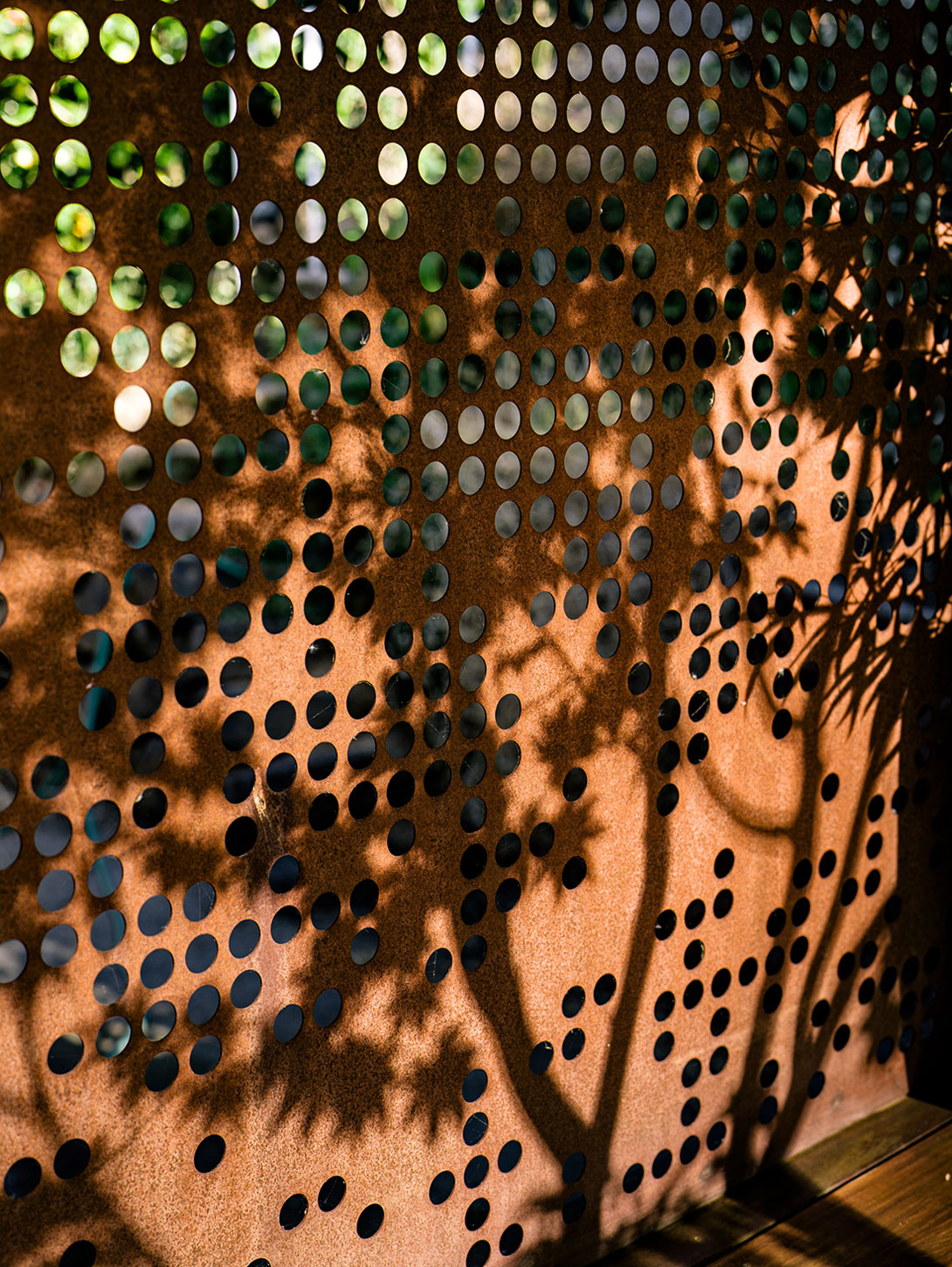 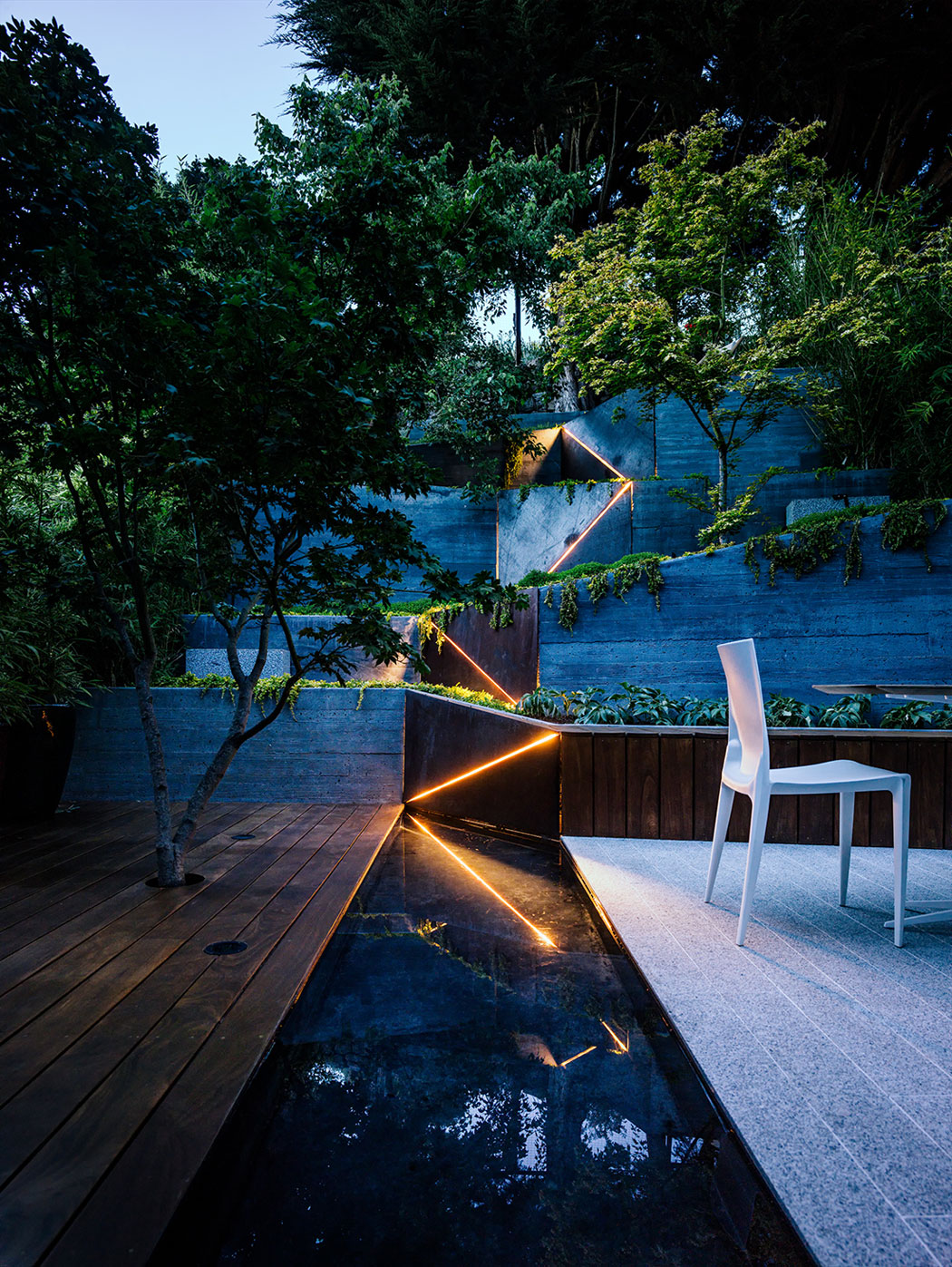 From the Mary Barensfeld Architecture:

A meandering ramp through aromatic groundcover and the limbs of three Japanese maples presents itself as a garden path in a Zen-like retreat. The garden, the back yard of a 1964 Berkeley, CA townhouse, traverses a steeply sloping site to provide access to an upper level patio with views of Sutro Tower and San Francisco. To avoid swallowing large swathes of the backyard square footage with a conventional stair, angular, board-form concrete walls with occasional steel armor slice their way up the hill while providing terraced planting areas. Visible and accessible to the existing townhouse living room, the lower level white granite patio unfurls its reflecting pool to greet visitors. Water-jet cut, patterned weathering steel screens serve as both bamboo planters and screening between the neighboring townhouses’ rear yards. 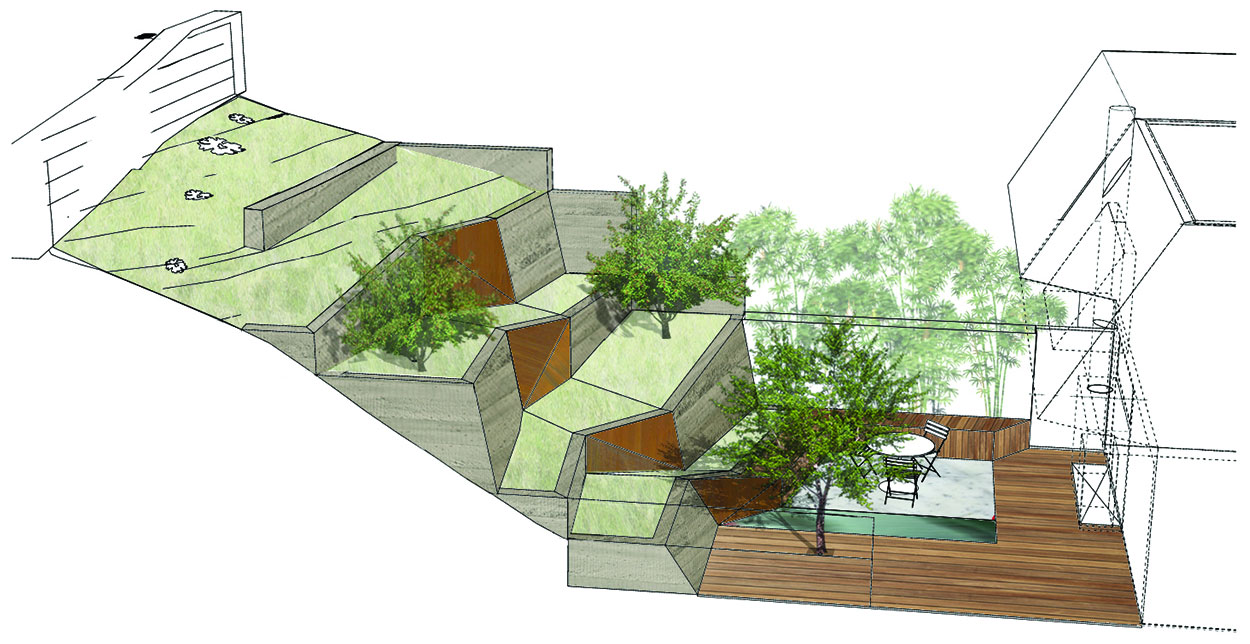 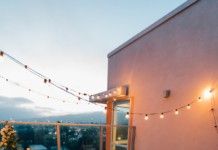 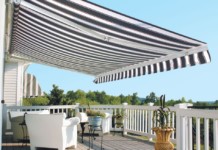 Interior Designing Just Got Easier, Thanks to New App

The Eclectic Model Duplex in Marina Centre of Zhuhai City