There are some amazing places to live in the United States. Los Angeles, New York City, Chicago, Seattle, Washington – and the list goes on. Of course, we’d all love to live in an apartment overlooking Central Park or own a nice little place in the San Fernando Valley, but if you are heading to Missouri, here are some great reasons to rent a home in Kansas City.

The Low Cost of Living

Kansas City is the sixth largest city in the Midwest. It has a rich, varied cultural heritage and a lower than average unemployment rate, but one of the main reasons why people move to Kansas City is the low cost of living. Average health, food, and housing costs are lower than many other parts of the US, which is perfect for families struggling to make ends meet.

Unlike many other larger US cities, it isn’t that expensive to live in Kansas City and there are plenty of affordable townhomes for rent in Overland Park and other prestige neighborhoods. Even in the downtown area, you should have no problem finding an affordable apartment. Property tax is also lower than average. Kansas residents pay 0.99% compared to the national average of 1.19%.

Commuting to work is never much fun. In some cities, you can spend half your day sitting in stationary traffic, which is stressful and no fun at all. Because Kansas City isn’t too spread out, you are never too far away from everything, which means the daily commute won’t be too bad. In fact, data from the US Census Bureau reveals that Kansas City boasts one of the fastest commutes in the United States. Residents of Kansas City only spend, on average, 22 minutes commuting to and from work. That means you can spend a bit longer in bed in the morning.

The job market is very buoyant in Kansas City. Unemployment here is lower than the national average, currently sitting around the 4.3% mark. In addition, Kansas City was voted #2 in CNN’s Top 10 Cities for Jobs. This is a great place to work if you want a career in financial services, healthcare, and tech. There are also plenty of opportunities for professionals seeking career advancement.

A Great Choice of Neighborhoods

There are plenty of nice neighborhoods to choose from if you decide to rent a home in Kansas City.

Young couples and Millennials should check out River Market, south of the river. This is a smart up-and-coming neighborhood with a fun vibe. Westside is another good choice for young professionals – it’s a melting pot of different cultures, which gives it a hip and happening vibe.

Families and older couples will like Westport and the Country Club Plaza. Here, it’s a nice mix of older professionals, 30-something families, and singles. There is a rich mix of old and new homes, so whatever your taste, there is a rental to suit your needs and budget.

If Kansas City sounds appealing to you, speak to local realtors and set up some property viewings. 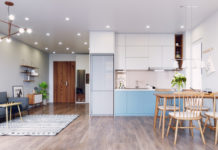 The Key Steps to Rent Your Dream Apartment 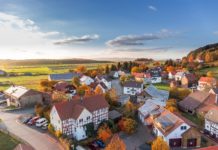 6 Tips for Making Your Home a Rental Property 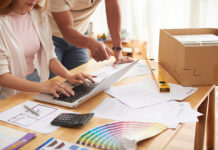 How to Budget for Rental Property Renovations