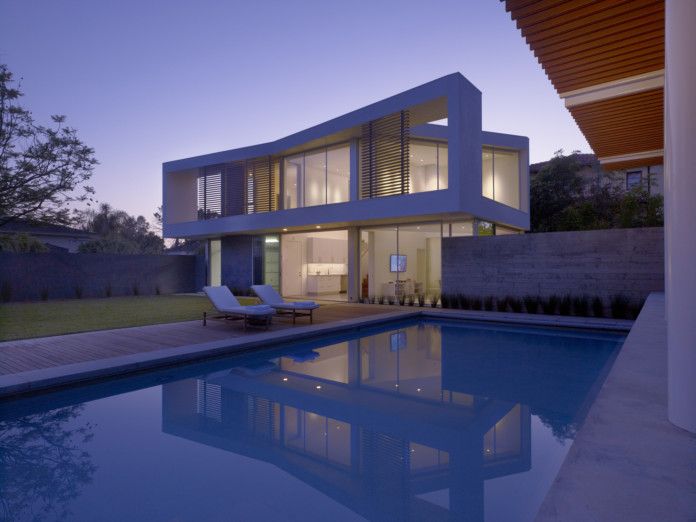 The Ehrlich Retreat represents a renovation and expansion project that was carried out by John Friedman Alice Kimm Architects in Santa Monica, California, USA. The residence includes 1,430 square feet of space and was completed in 2012. It has a brand new swimming pool, a guesthouse and a shade structure, all of which blend seamlessly with the original house like the pieces of a puzzle. The new structure was inspired in the design by the original house, and so it borrows many of its architectural elements without sacrificing its own uniqueness and charm. 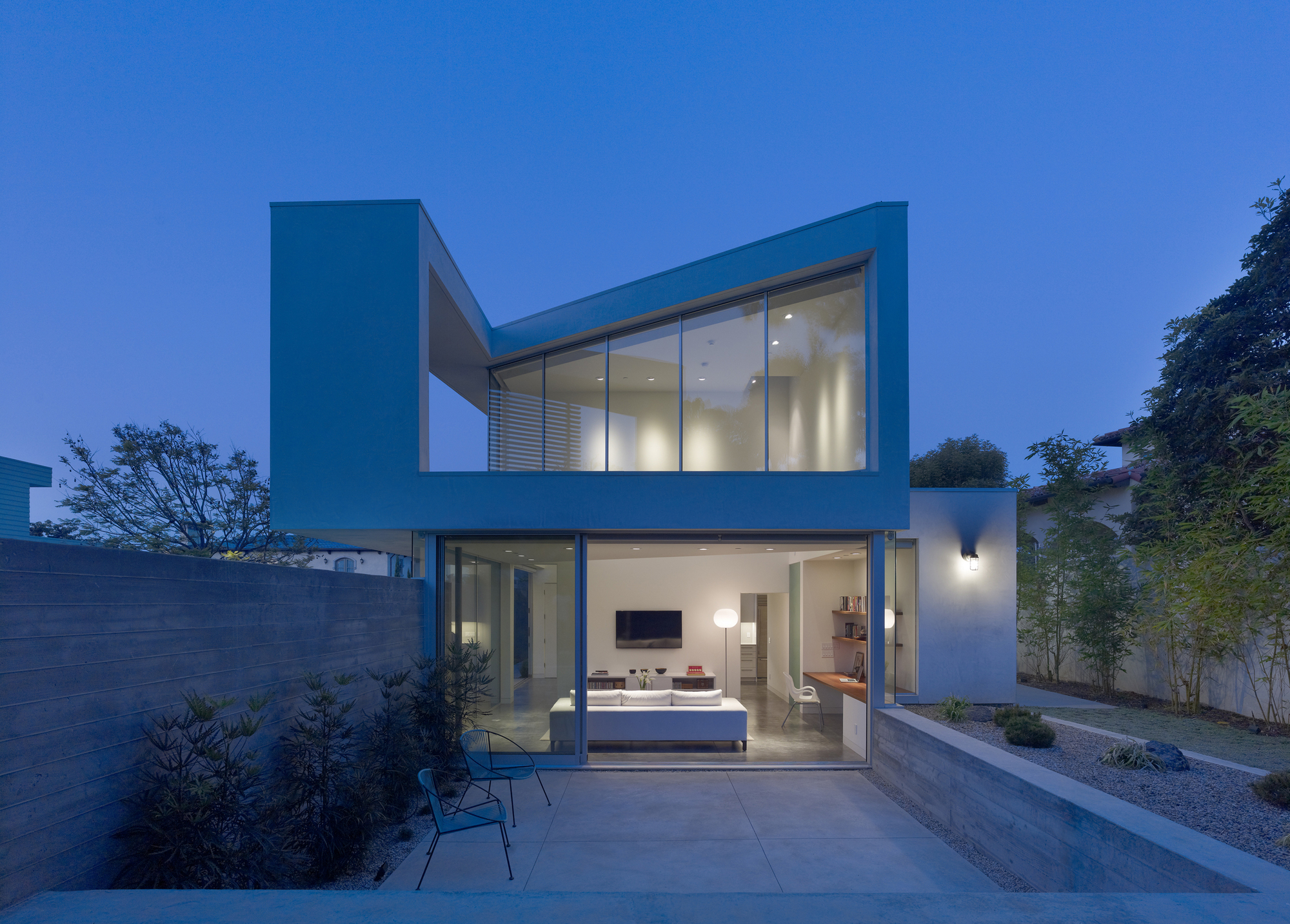 The Ehrlich Retreat is a LEED Platinum project, which means that it features a certain degree of self-sustainability. Architecturally, the abode flaunts a broad frame that ensures proper shading for its southern orientation. Right above the office, there is a triangular cut-out that not only looks great but also provides plenty of ambient northern light. Finally, we should also mention the wood and steel trellis that shades the yard while housing a series of 2.4kW photovoltaic panels. The panels produce enough energy to power the house as well as the swimming pool. 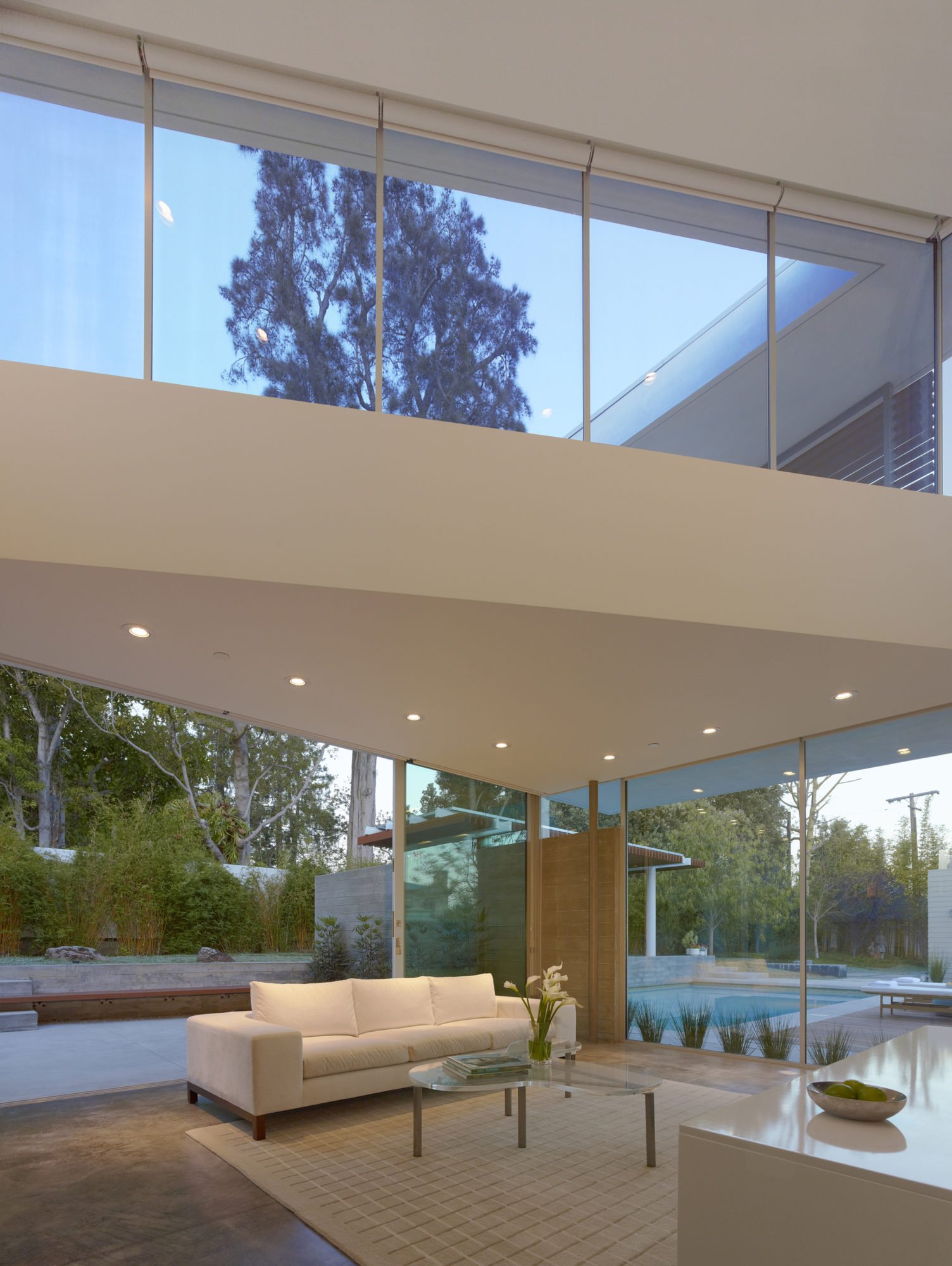 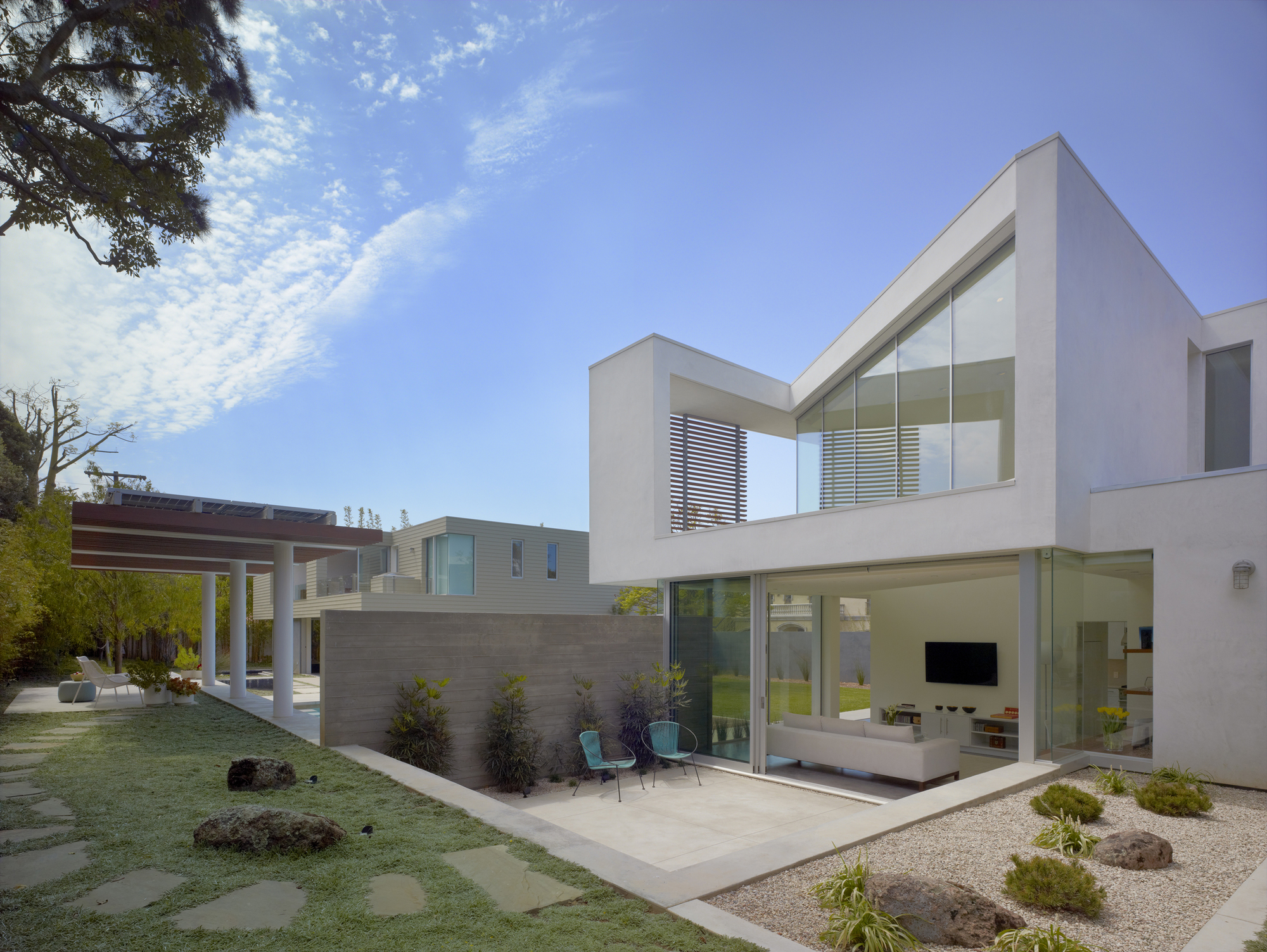 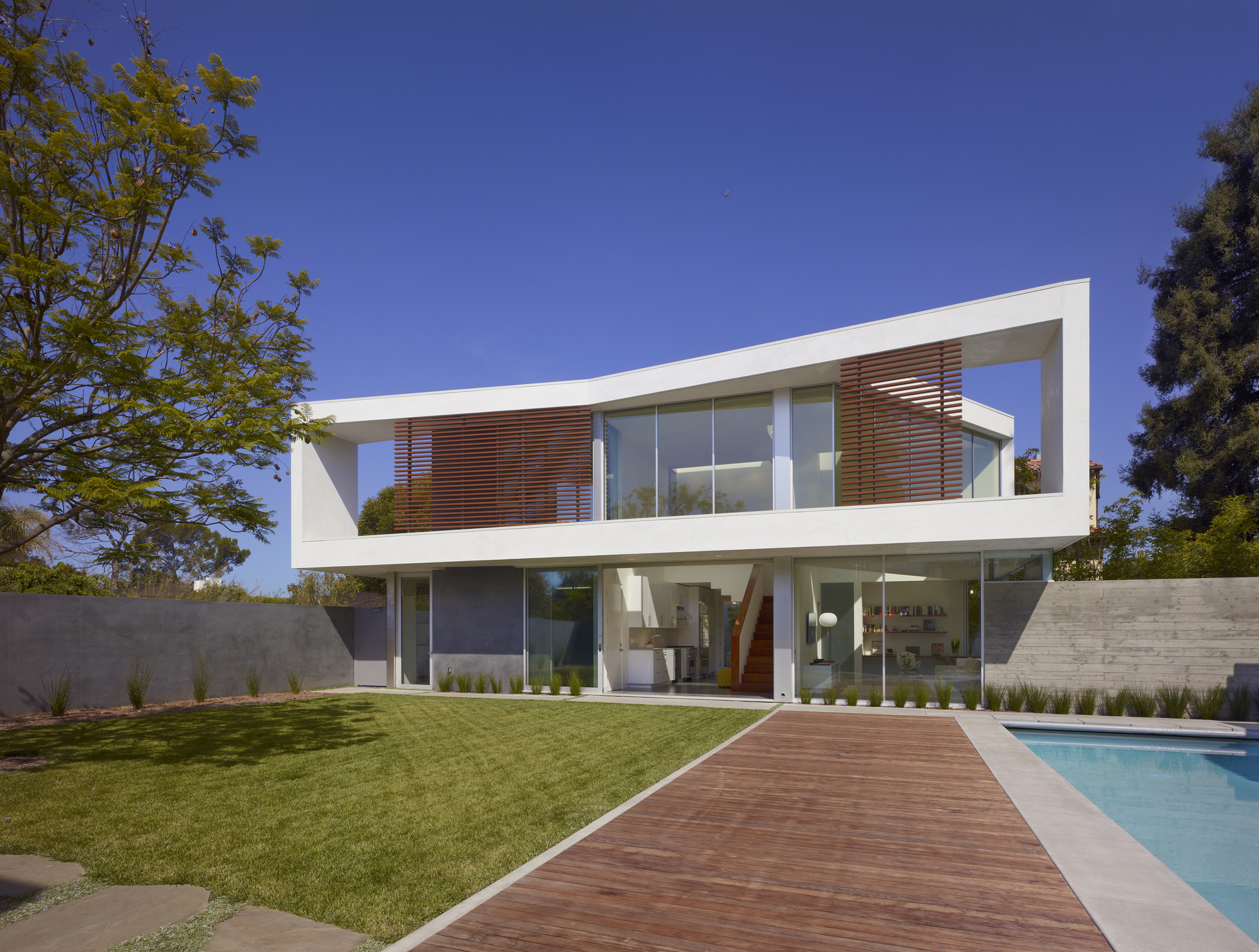 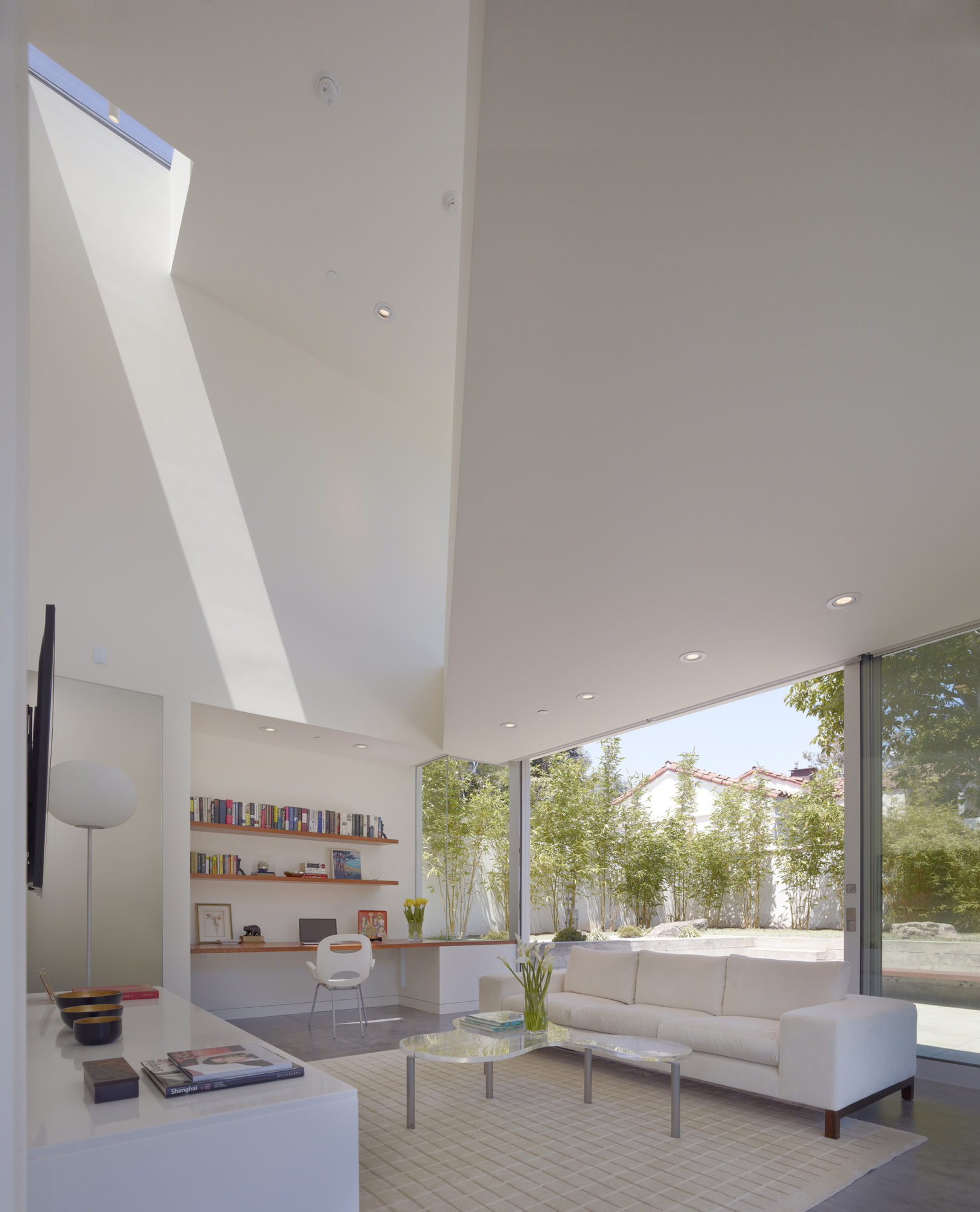 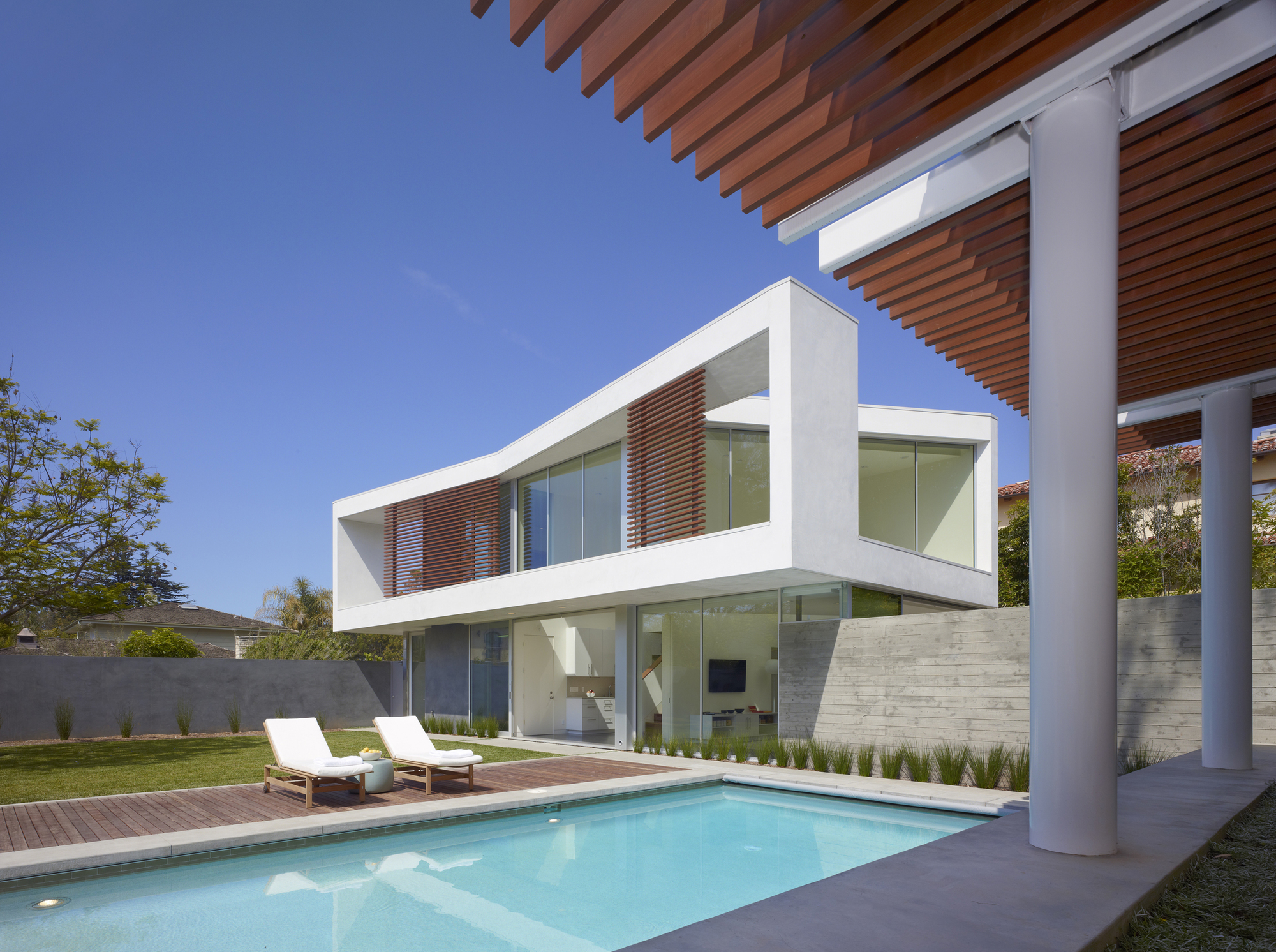 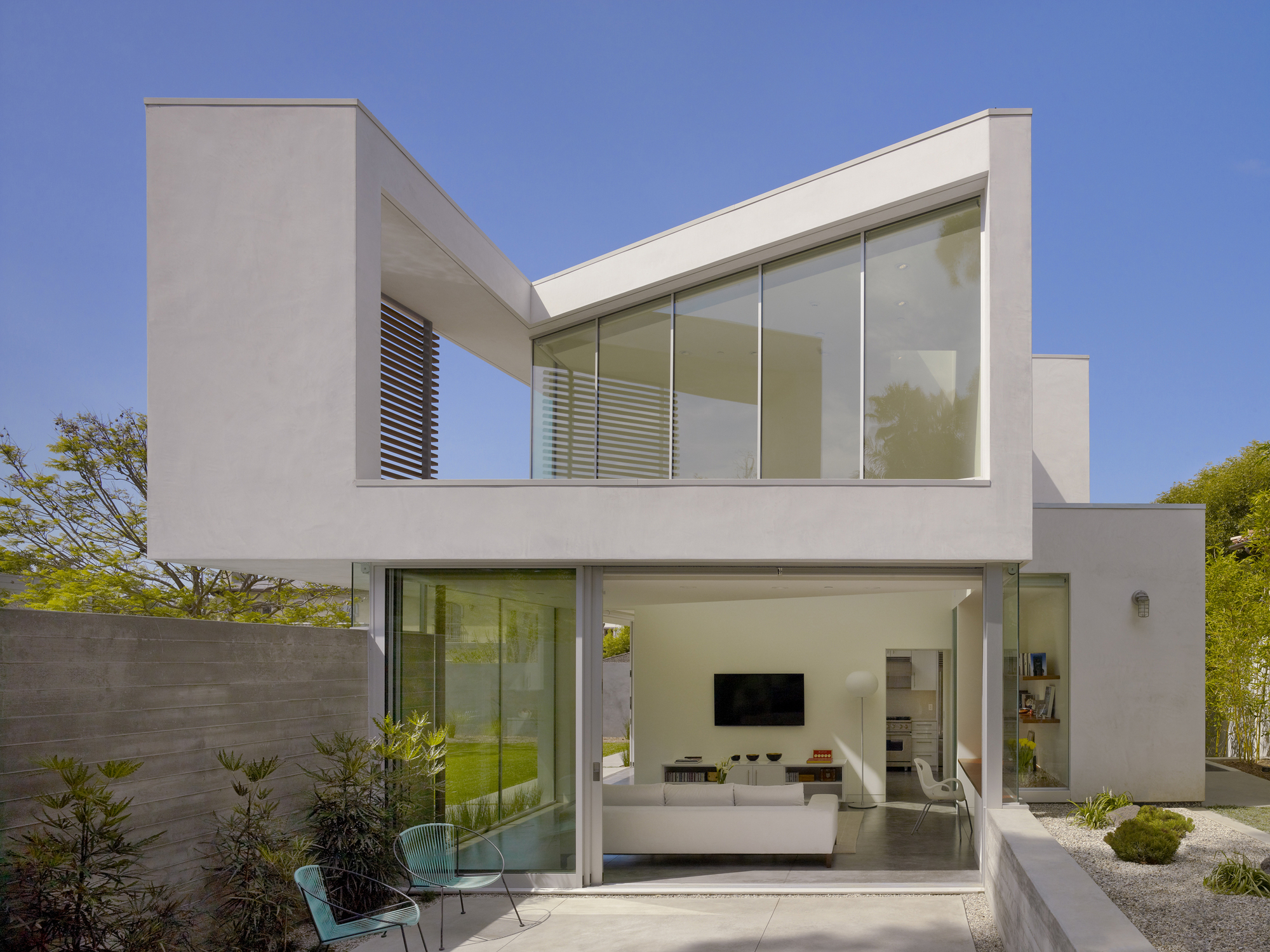 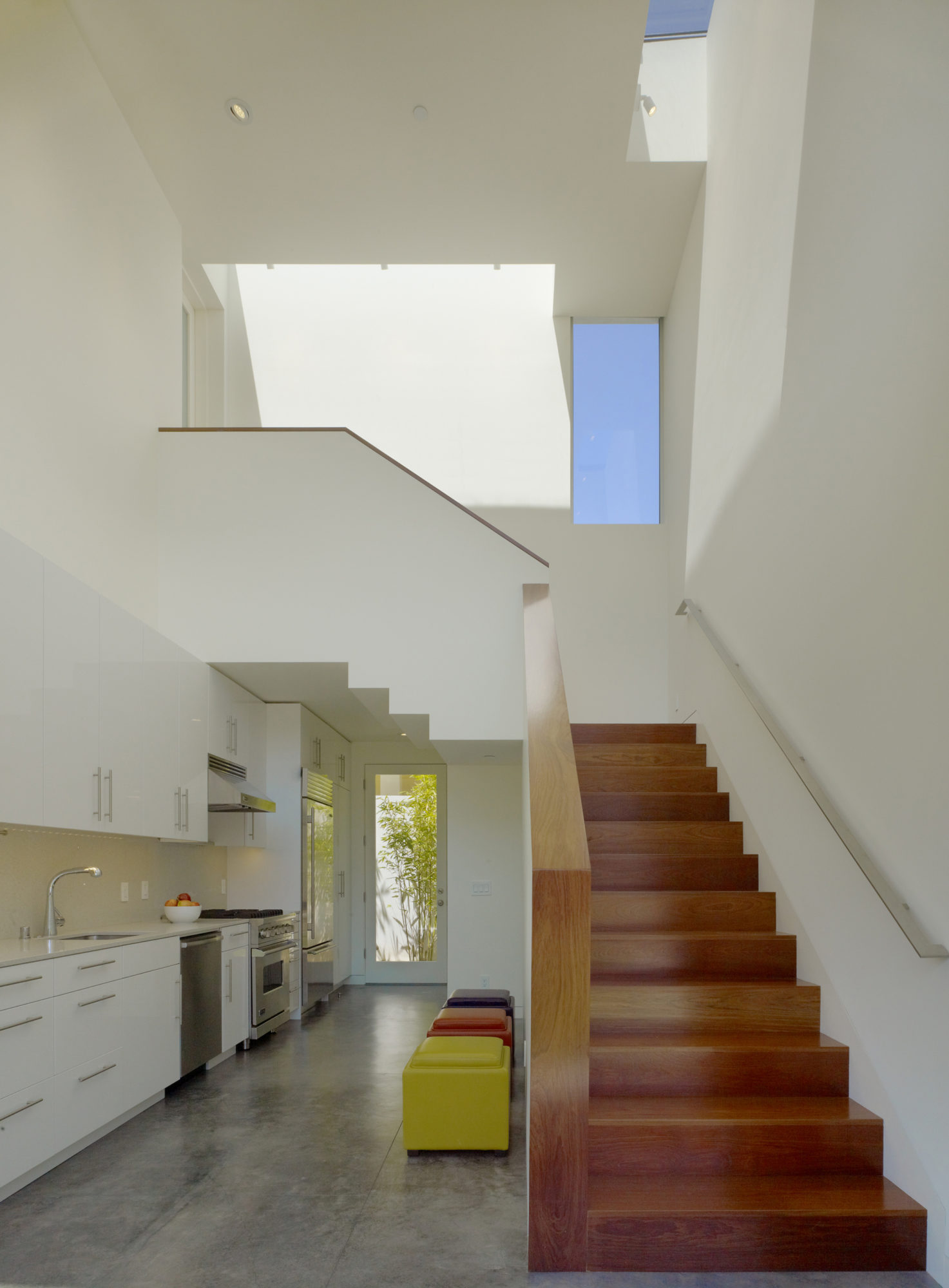 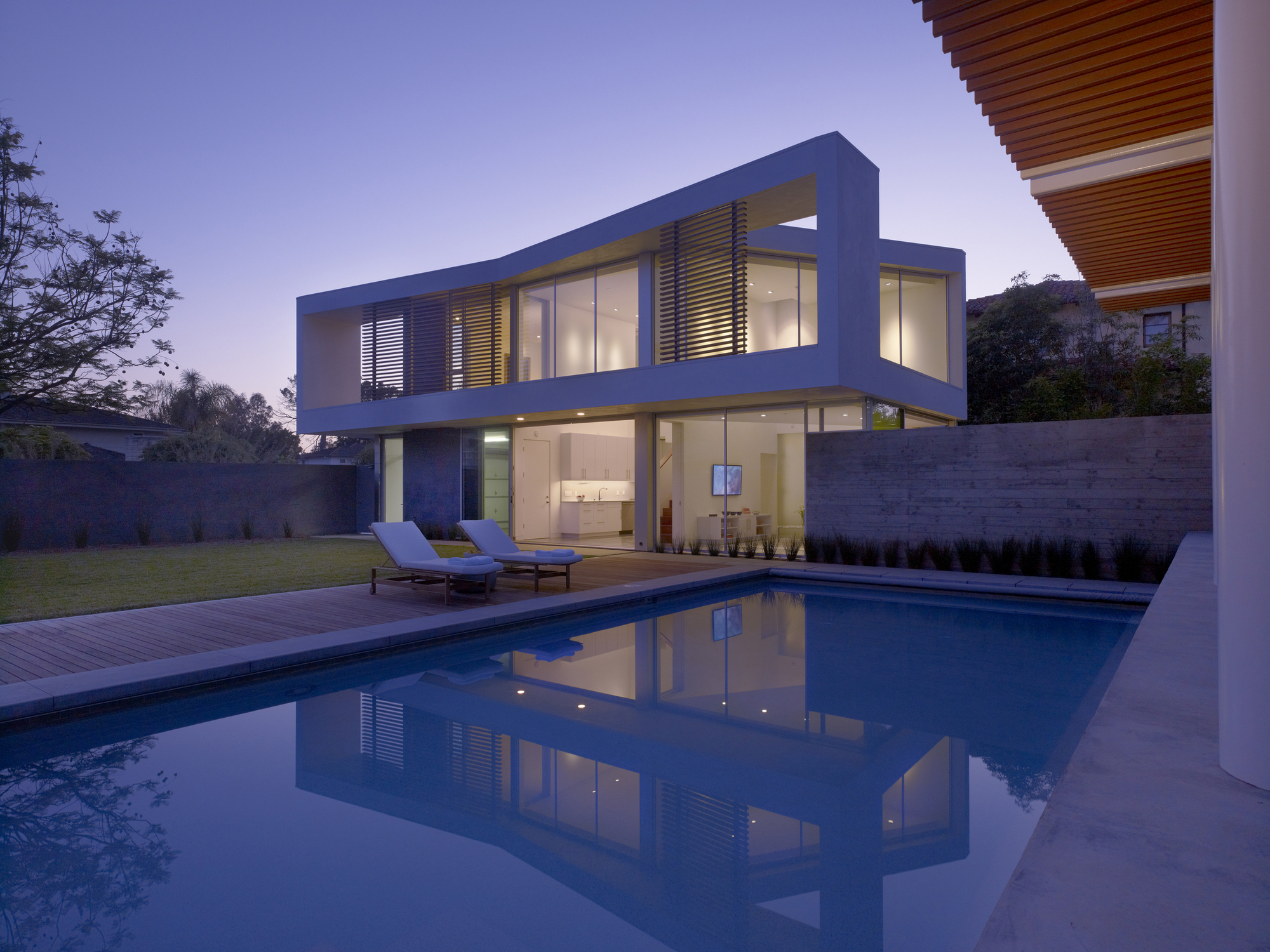 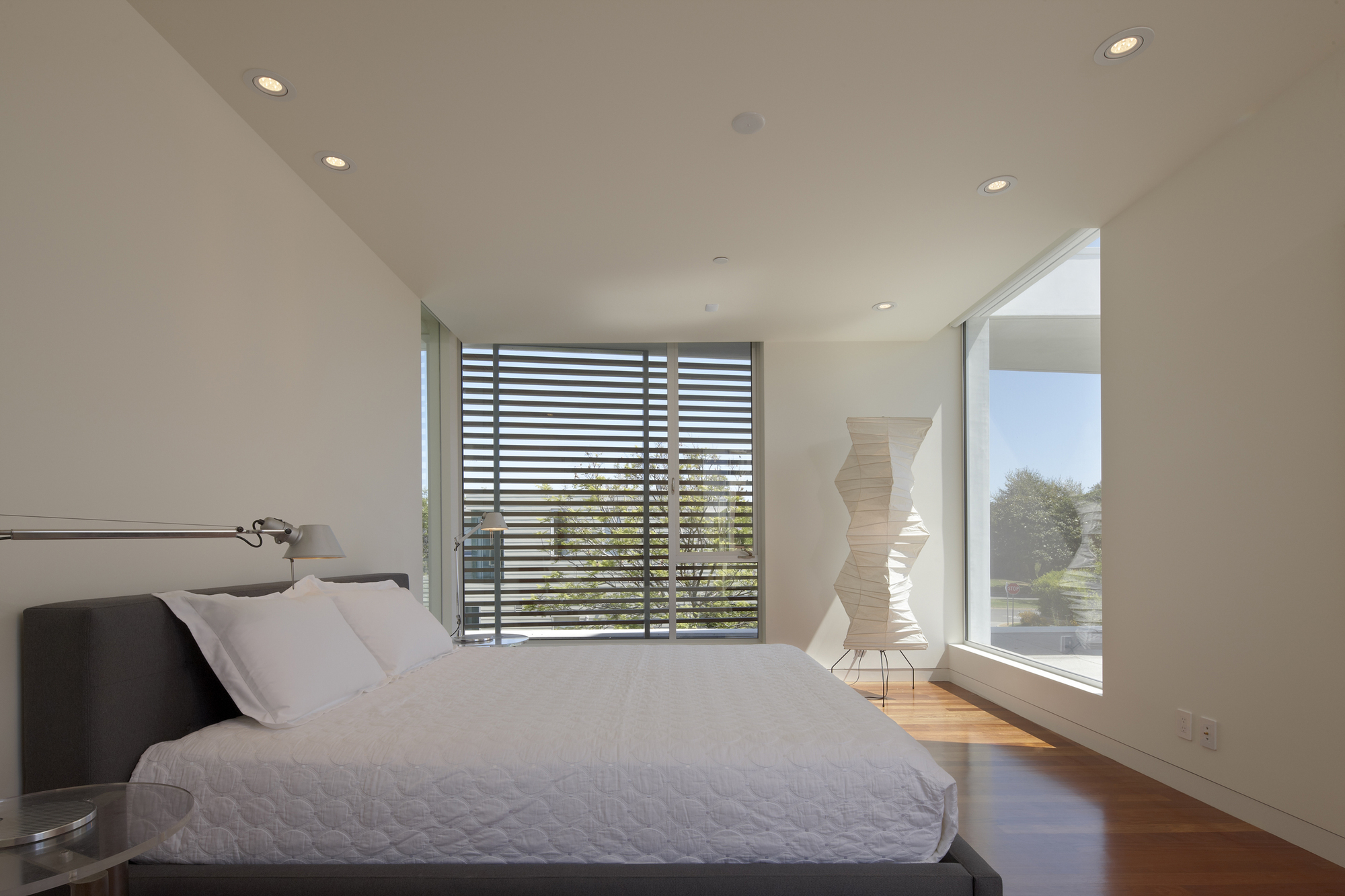 The Ehrlich Retreat + consists of a new guest house, pool, and shade structure that combine with the original house (previously designed by JFAK) to create a family compound.

The new structure is contextually related to the original house, borrowing many of its architectural elements, yet has its own identity.

The LEED Platinum project is also a model of “integrated sustainability,” in which its green strategies are seamlessly integrated into a unique sculptural aesthetic:  the structure’s broad frame embraces and gives presence to the new yard, while shading the house’s southern orientation; the triangular cut-out over the office creates a dramatic form, but also introduces generous amounts of ambient northern light; the steel and wood trellis provides welcoming shade for the yard, and at the same time hosts a 2.4kW photovoltaic array that powers the house and pool.

The overall result is a responsible, light-filled, and joyful environment. 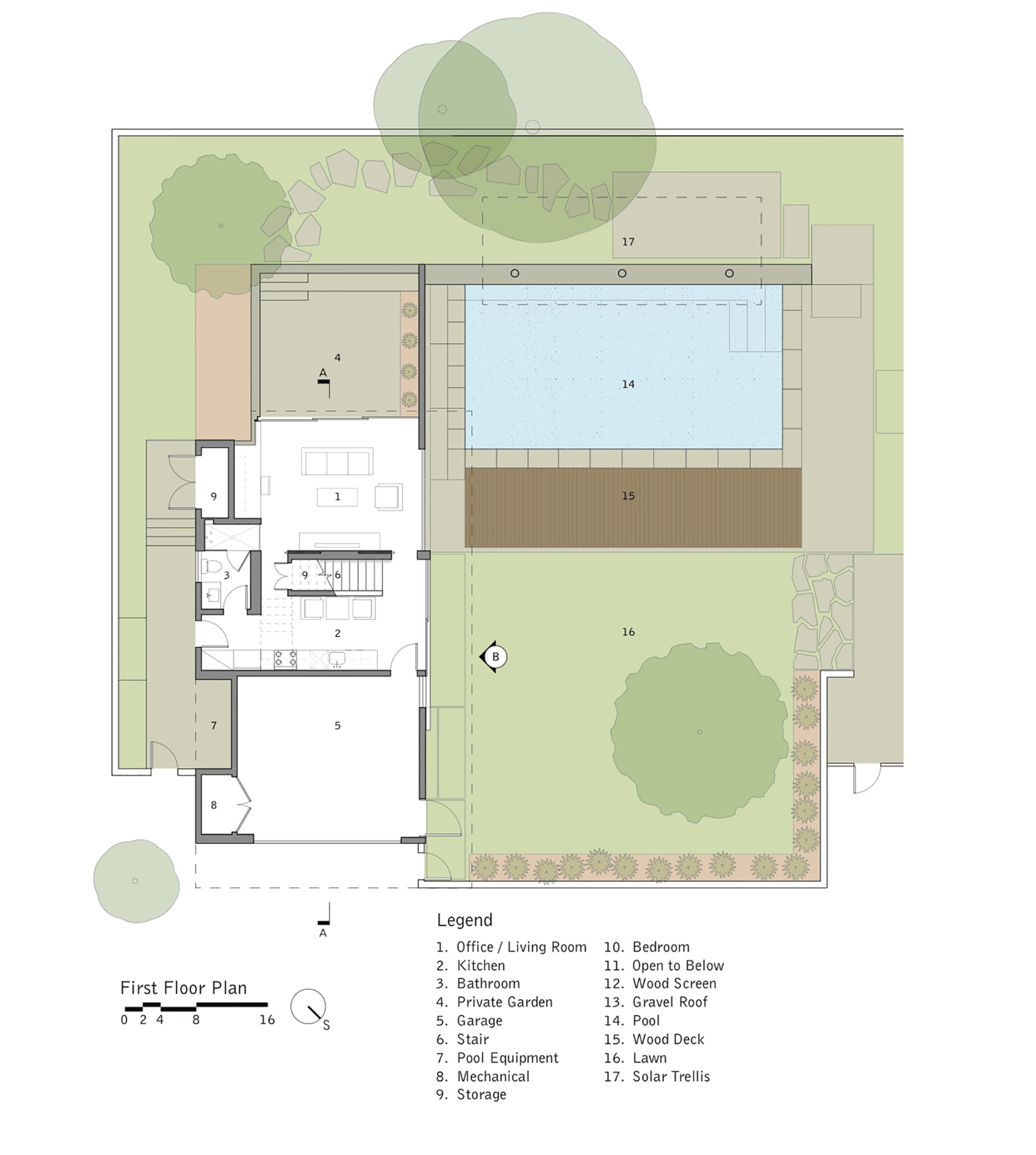 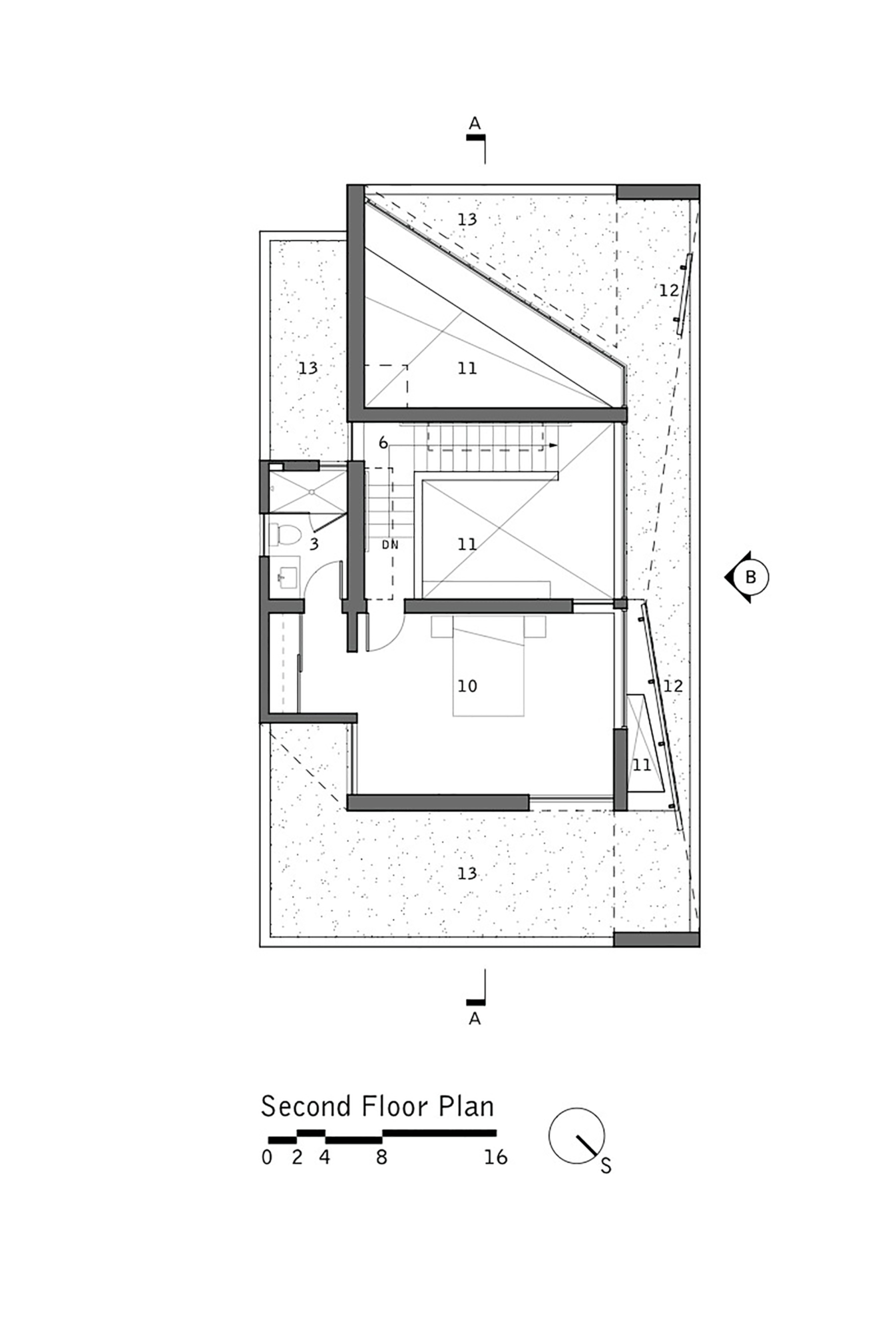