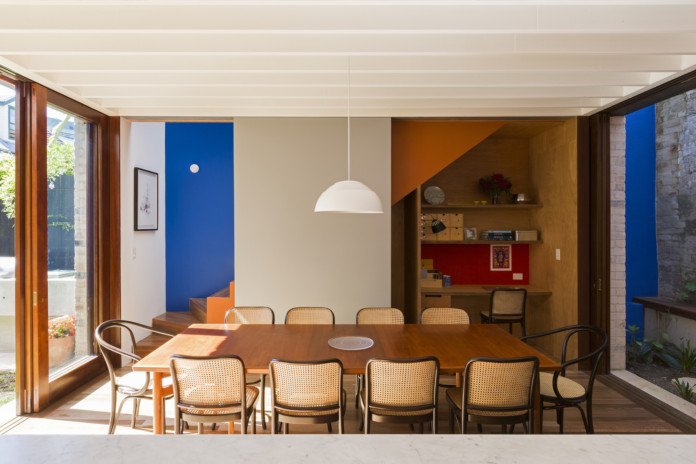 The Courtyard House is located in Paddington, New South Wales, Australia, and it was sketched out by architect Amelia Holliday of Aileen Sage Architects for her own family. Given the fact that her family comprises a young daughter and two dogs, the residence was built with versatility and flexibility in mind, as some of its rooms might be occupied by different people as time goes by. The house replaces an older two-story abode from the 1880s and follows the same design principles of local classic terrace homes, but with a modern twist. 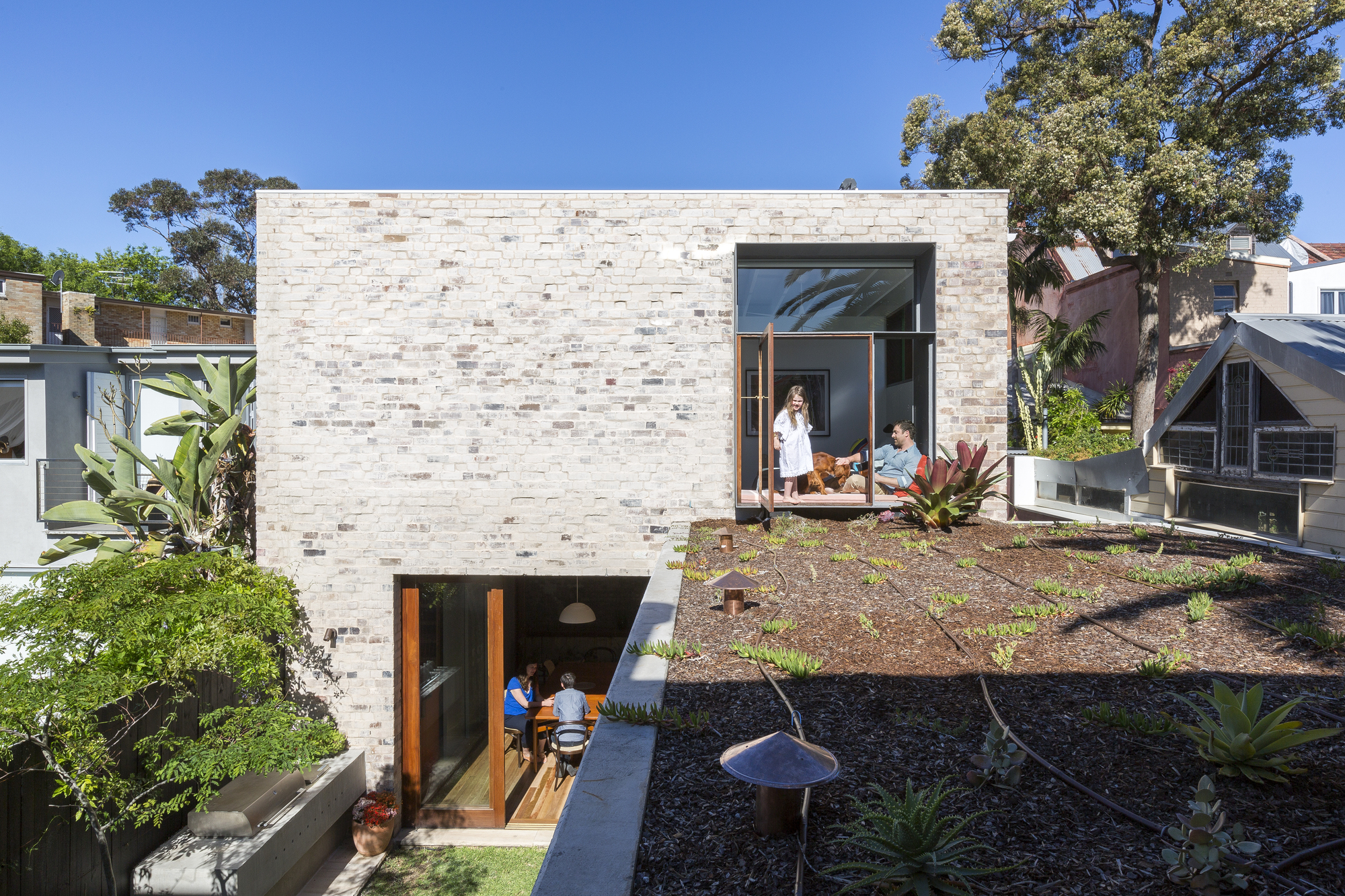 The materials used for this project include bagged recycled brick, sandstone, rough rendered masonry, concrete and recycled glass. Staying true to its name, the abode flaunts a walled garden as well as a few small courtyard areas that form a central courtyard plan as they merge. All of the living areas boast a connection to the garden, which is undoubtedly one of the main highlights of the residence. 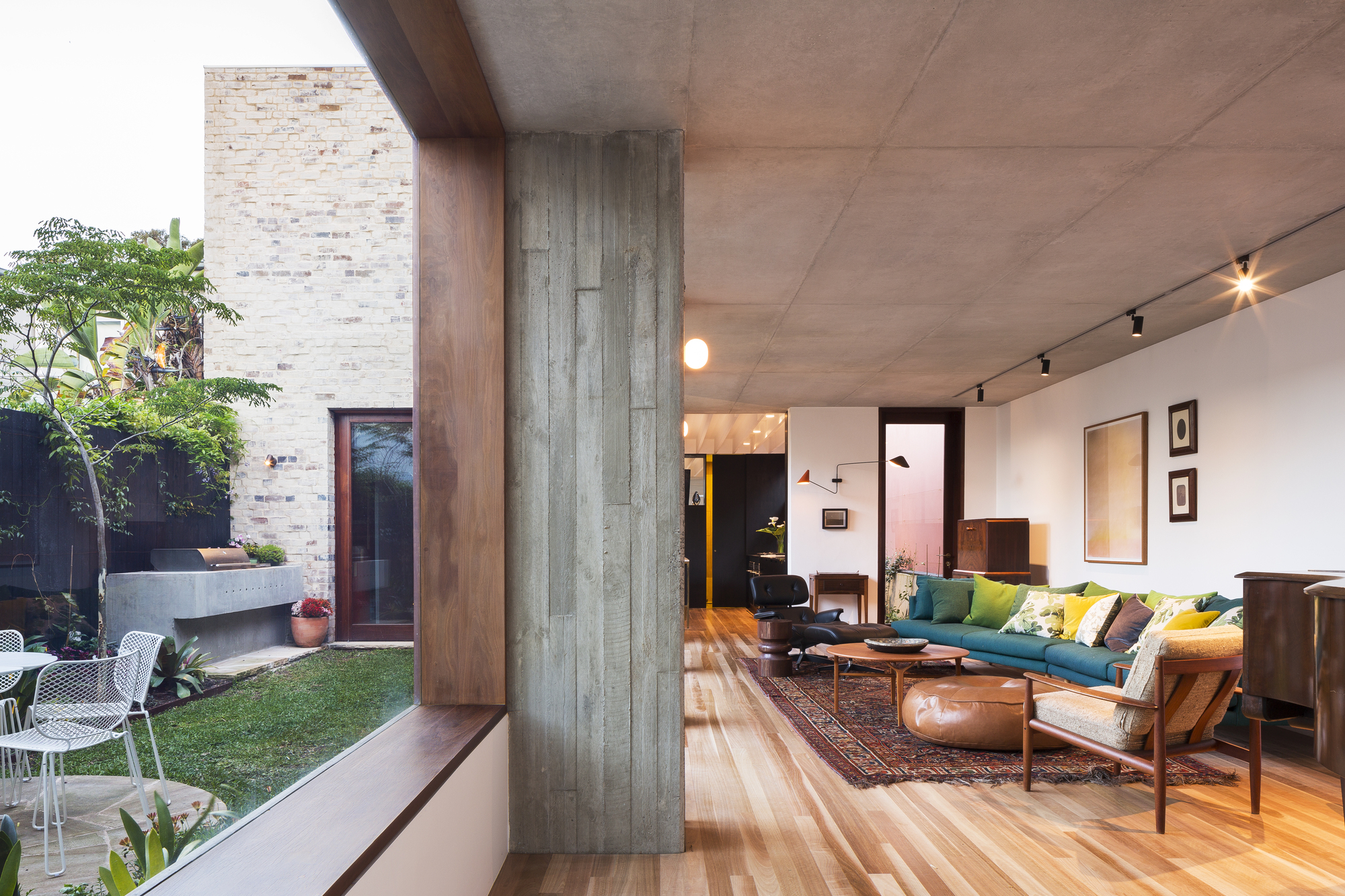 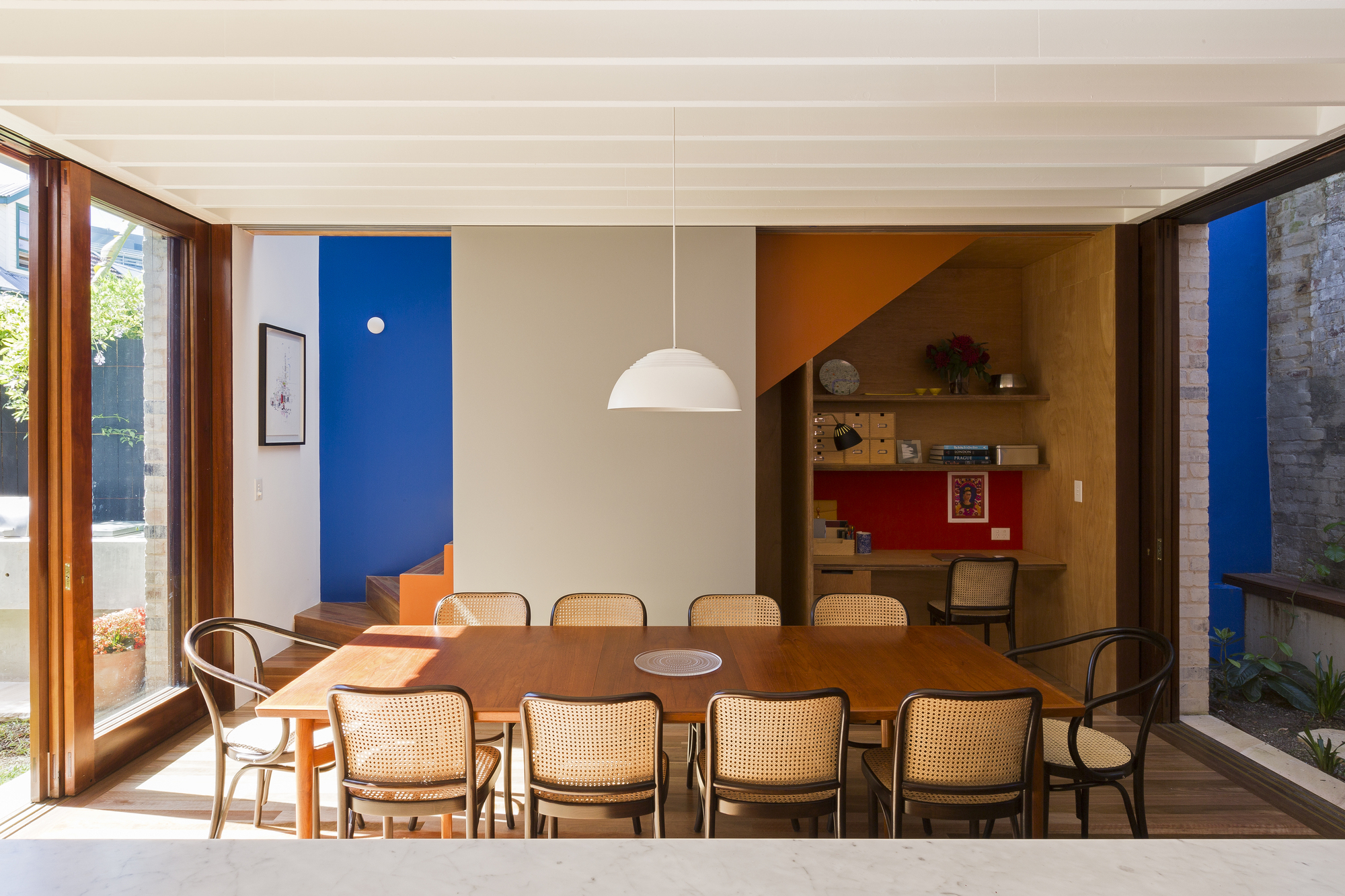 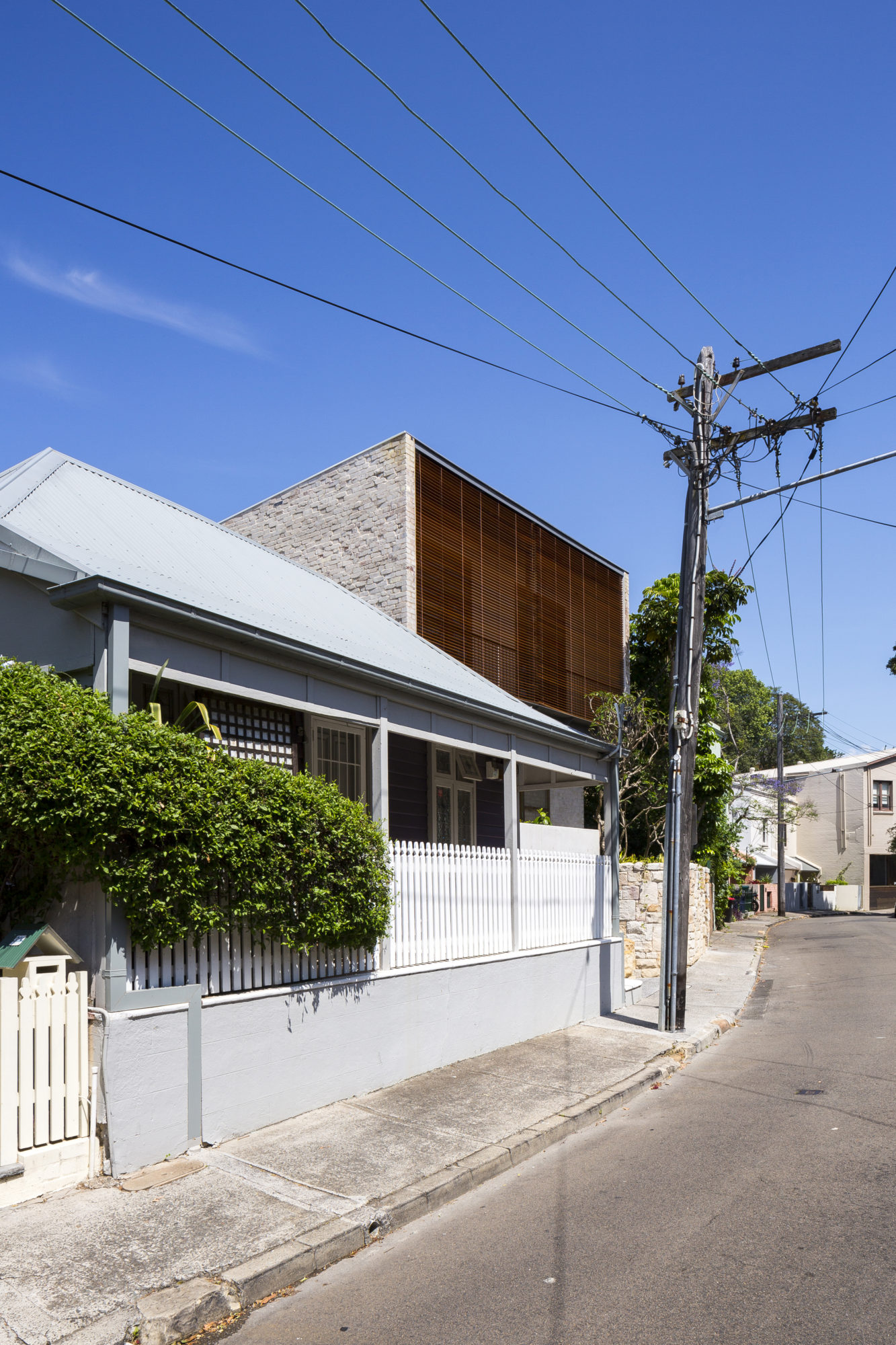 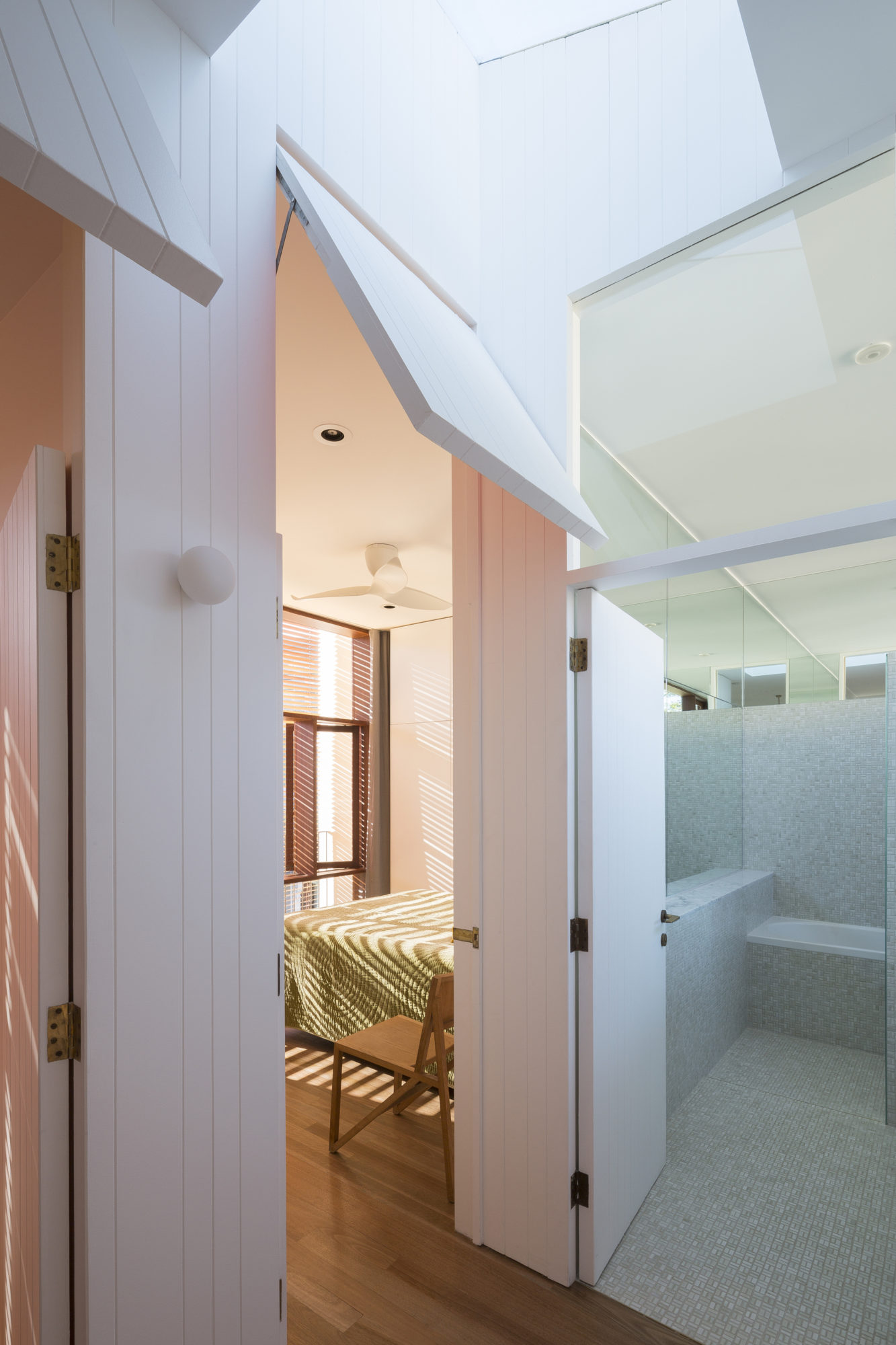 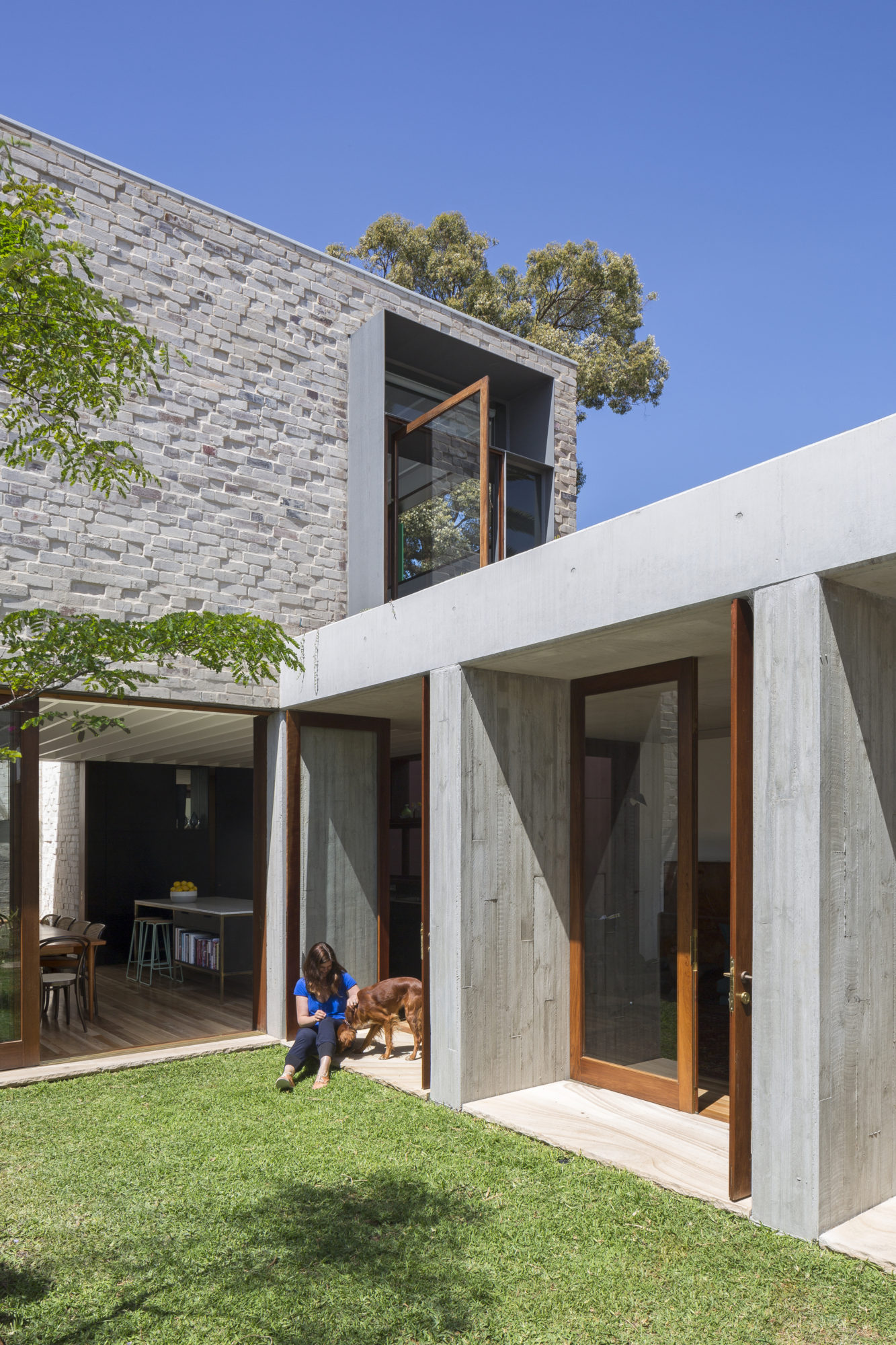 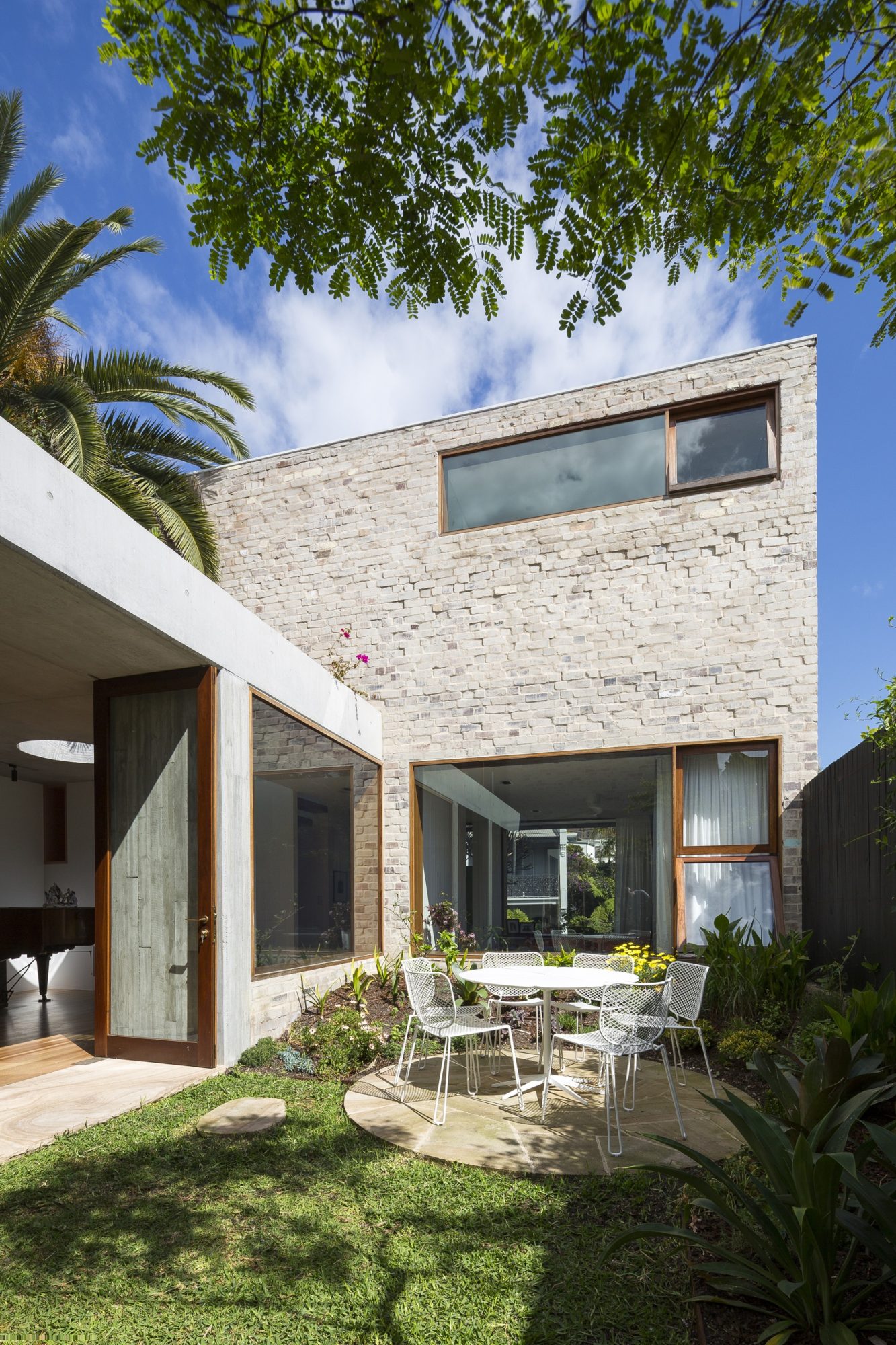 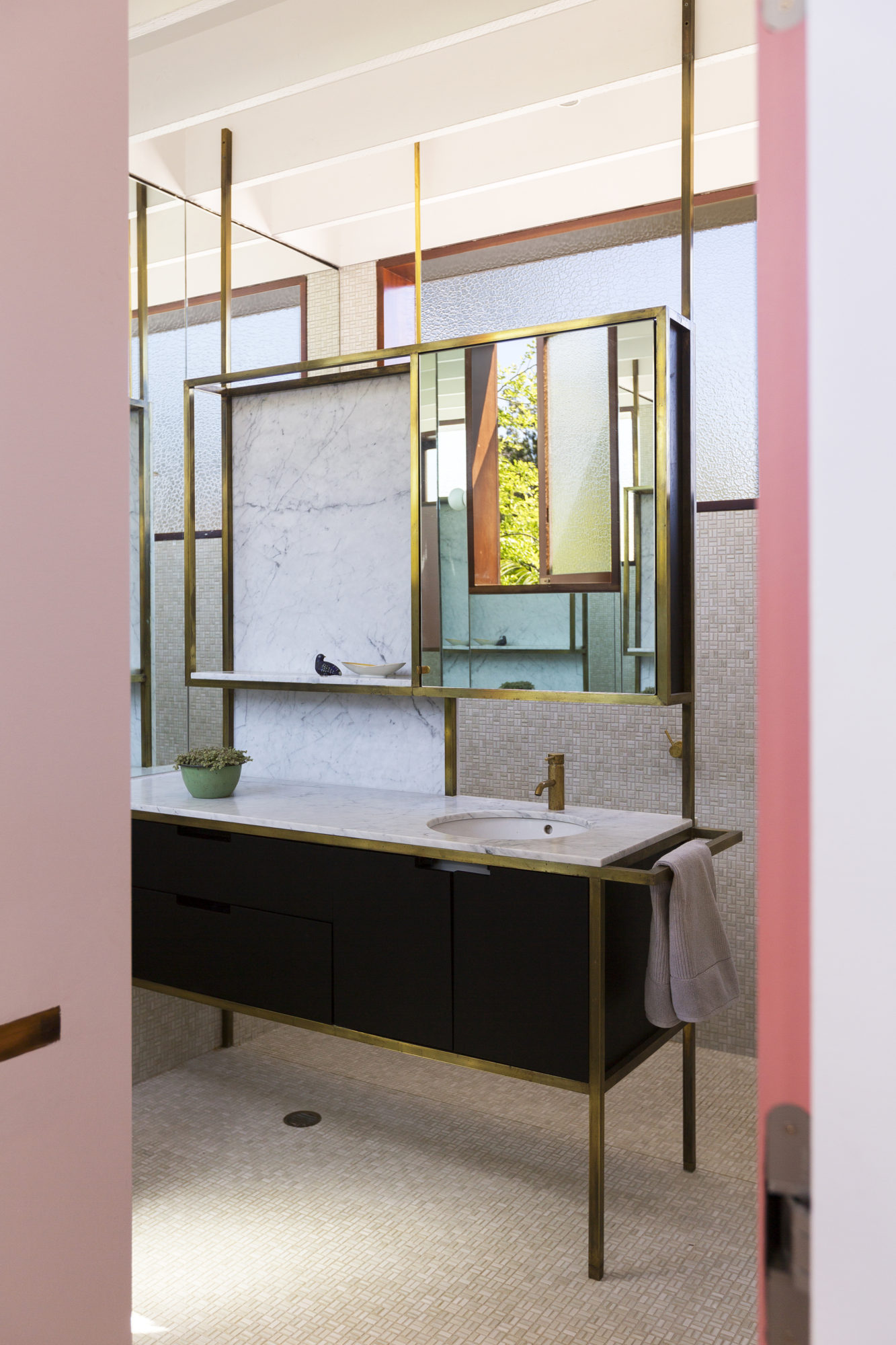 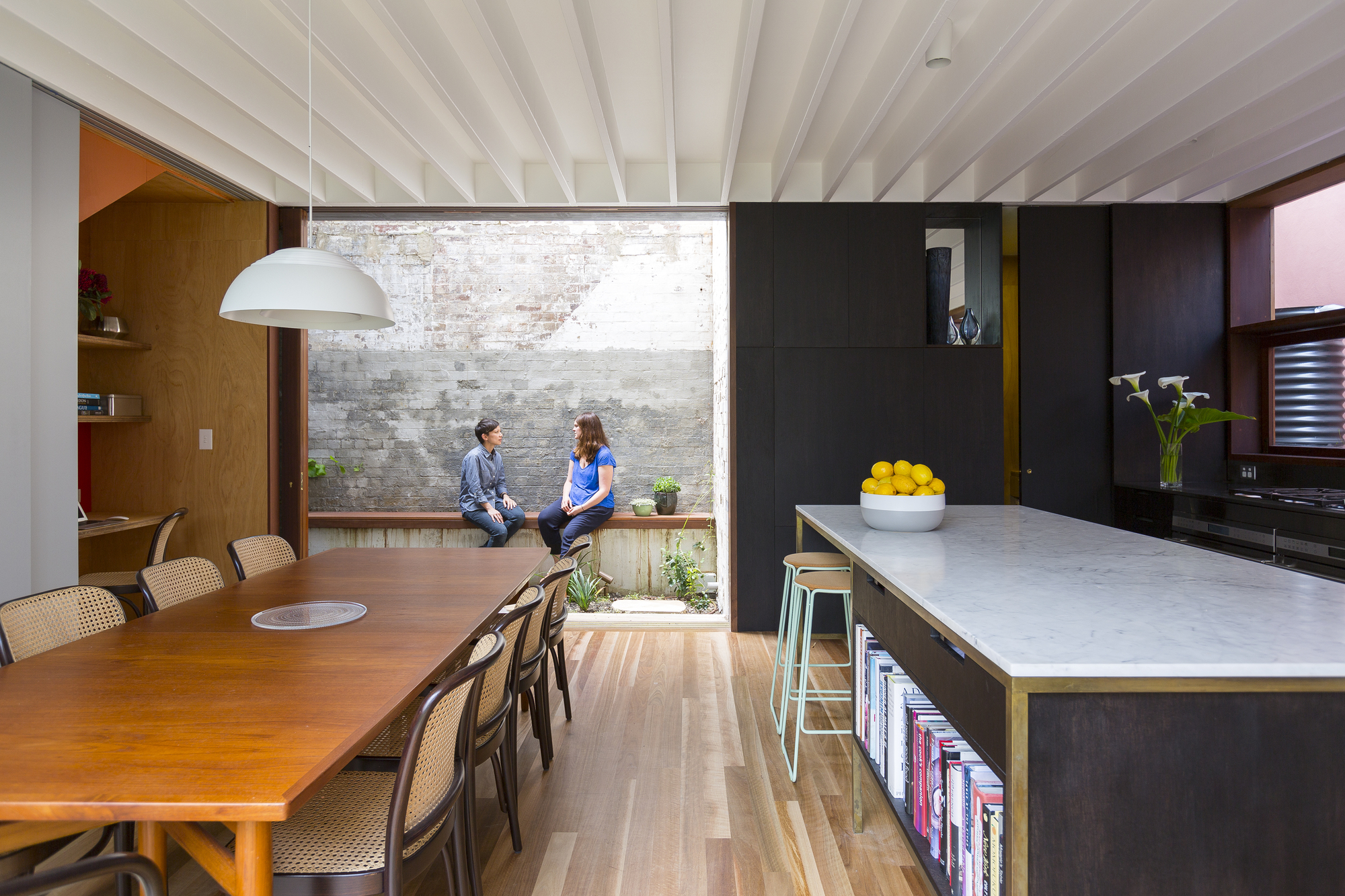 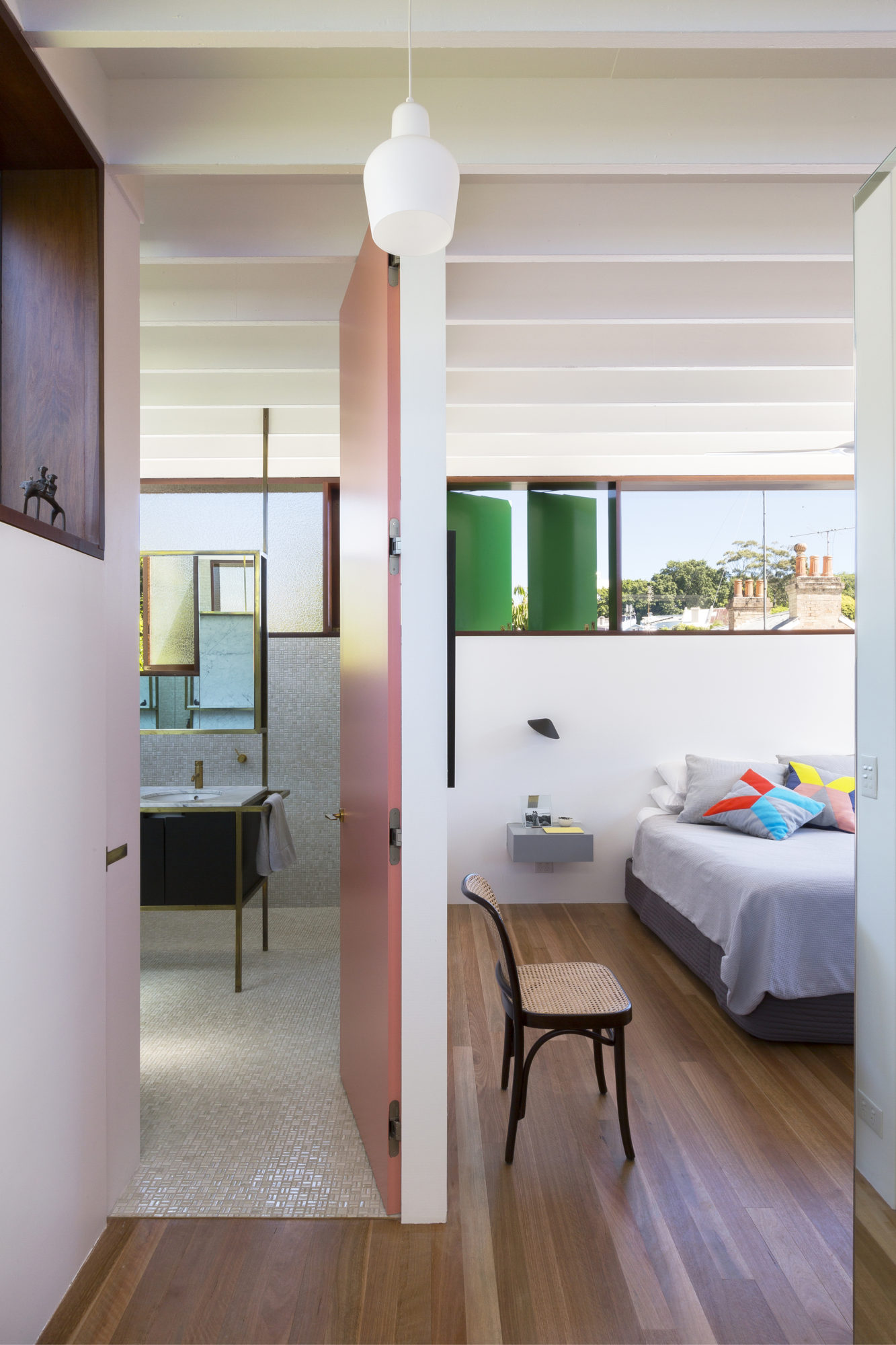 A new house designed by architect Amelia Holliday for her family (husband David Lakes, daughter Aoife and dogs Ciara and Audrey). Located in the Paddington Conservation area it reinterprets the classic terrace house typology that characterizes much of the surrounding area. As a core principal the house is designed as a robust form that responds to the changing needs of the family over time. Consideration has been given to how rooms may be occupied differently throughout the year and over the years – as the family expands, children grow and needs change. Architecture that responds to this theme of future flexibility is a key concern of the office (see Aileen Sage Architects unbuilt projects “27 smith st”, “Big Bungalow House”.)

The existing house on the site was a decrepit 1880s two-story house that had been significantly altered over time leaving little of the original intact. Extensive termite, mould and moisture damage had further reduced the structural integrity of the original house meaning the existing form could not be salvaged. The new house however takes the envelope and general site arrangement of the original as a starting point. It re-traces the existing form, maximizing access to natural light and ventilation to all rooms and in doing so reinterpreting it for today. The house maintains traditional elements of the terrace vernacular but reinterprets them through a contemporary lens. Public and private zones are subtly articulated, mediating your relationship to the street through layered vantage points as you move through the house. The overhanging balcony, sandstone foundation and visual contrast between the front and rear of the house echo the patterns of the surrounding terraces.

The material palette similarly references the original and surrounding built language. Sandstone, bagged recycled brick and rough rendered masonry are contrasted with off form concrete and an assemblage of new and recycled patterned and clear glass. Internally, painted vertical timber boards line the front section of the house and are echoed in deep concrete reveals to the central living room formed from salvaged fence palings from the site. In the rear of the house painted timber floor and ceiling joists are left exposed creating a sense of informality in contrast to the smooth planes of the front. Joinery units are simply painted or stained and for the most part assembled from scrap left over or recycled material on site. Colour and texture are used as a playful device throughout the home. Layered unexpected colour pairings articulate and expand the rooms beyond the confines of their walls. Brass framed joinery items are designed as pieces of furniture – hovering on fine legs or suspended from the ceiling they allow the dimension of the room to continue over and around.

A walled garden and series of smaller courtyard spaces were carved from the envelope creating a central courtyard plan. With concept plans designed by Sue Barnsley Design the garden is an ever-evolving element building on layers of colour and texture. Each of the living areas opens up to this inner city “secret garden” with different scaled openings allowing for flexibility in seasonal occupation. A roof planted with succulents connects the front and rear of the house and separates the two wings. Two large frangipanis were transplanted from the original front garden and a new leopard tree planted in the central courtyard for summer shade. 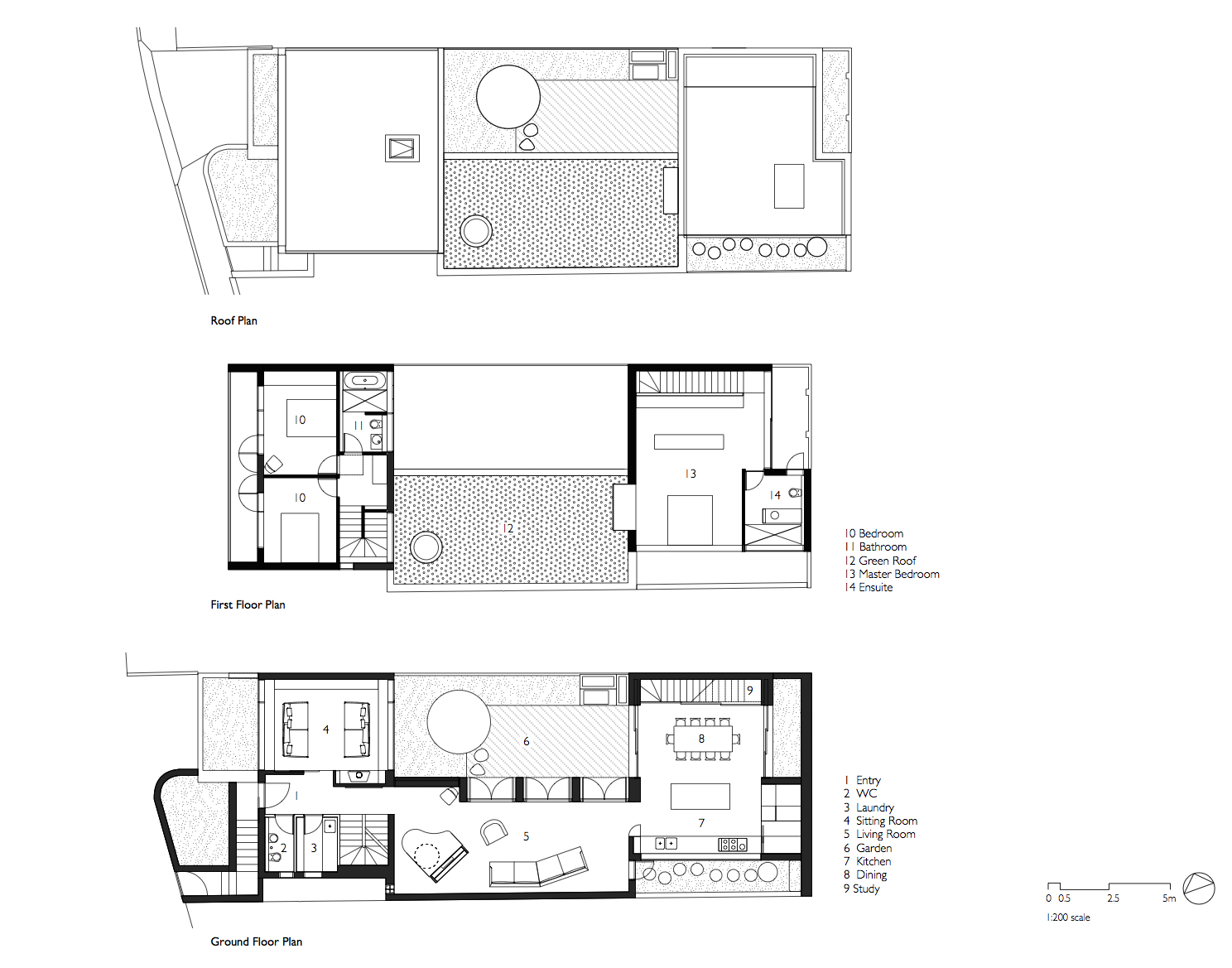 Fishbourne Quay House On The Isle of Wight, UK

Casa BB in the Forest by BAK Architects