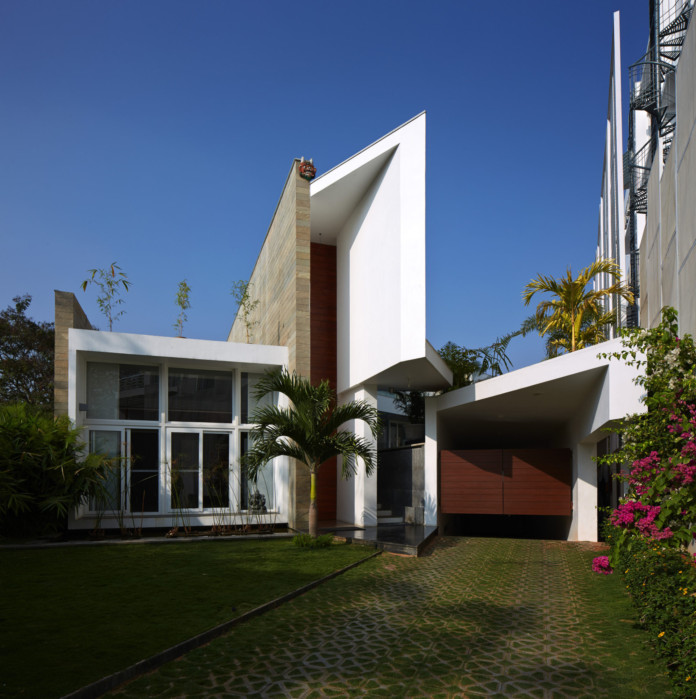 Completed in 2014, the Fort House was built by Sameep Padora & Associates for a couple who wanted to live within their own “fortress.” The fortress would shelter them from the outside world while providing luxurious living conditions as well as many opportunities for socialization with friends and family members. The primary challenge for the architects was to achieve a balance between the need for privacy and the need for entertainment. 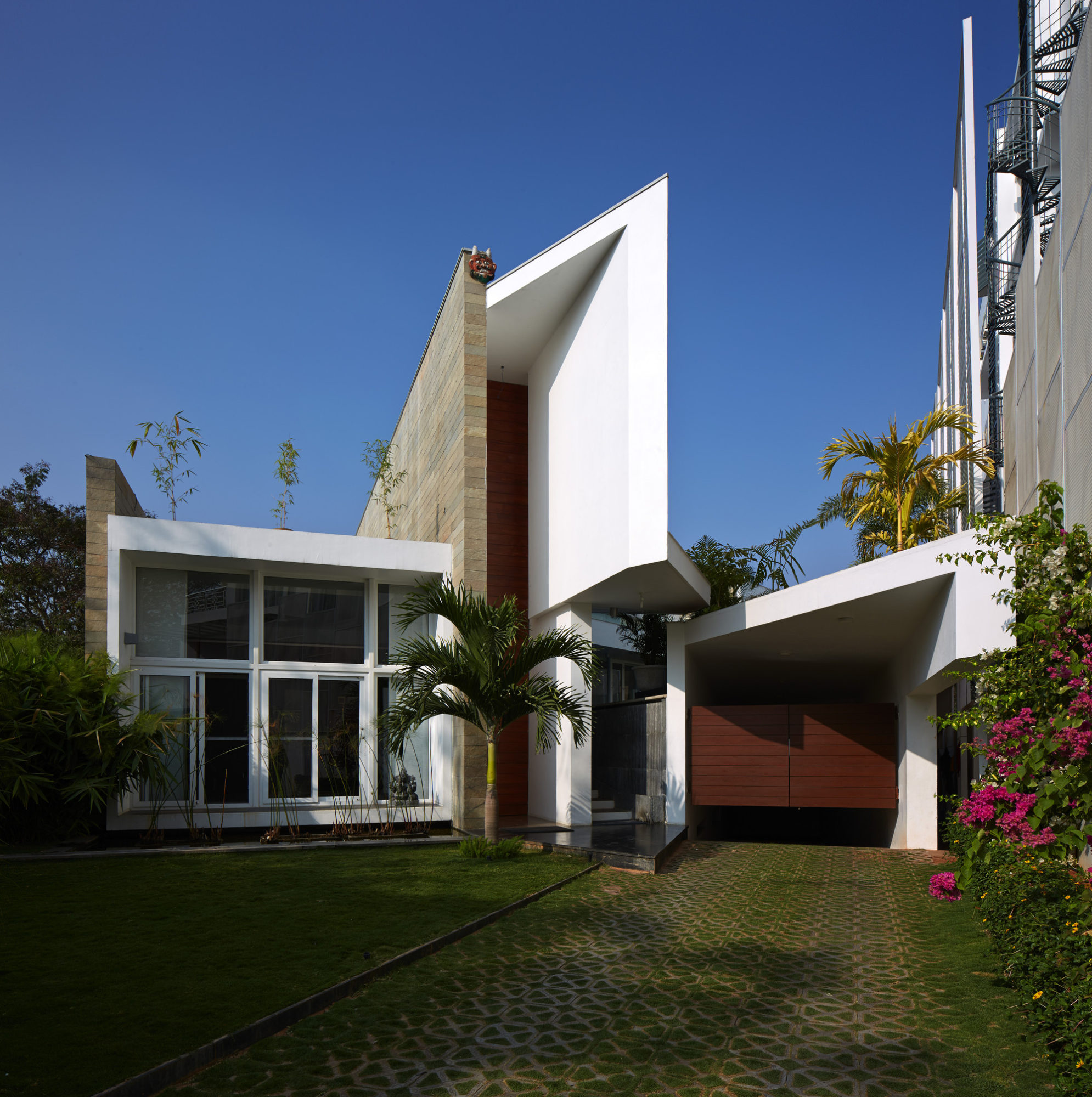 The south side street was in particular need of sheltering, both from prying eyes and from the harsh southern sun. Consequently, the designers implemented a seemingly impervious facade that gives way to a hybrid courtyard that comprises a large entertainment space. The ground floor plan of the Fort House includes a kitchen, a living room, an office, a dining area, a guest bedroom, an entertainment room and a swimming pool. Overall, the residence ensures nearly 14,000 square feet of living space, and it is an absolute delight to inhabit. 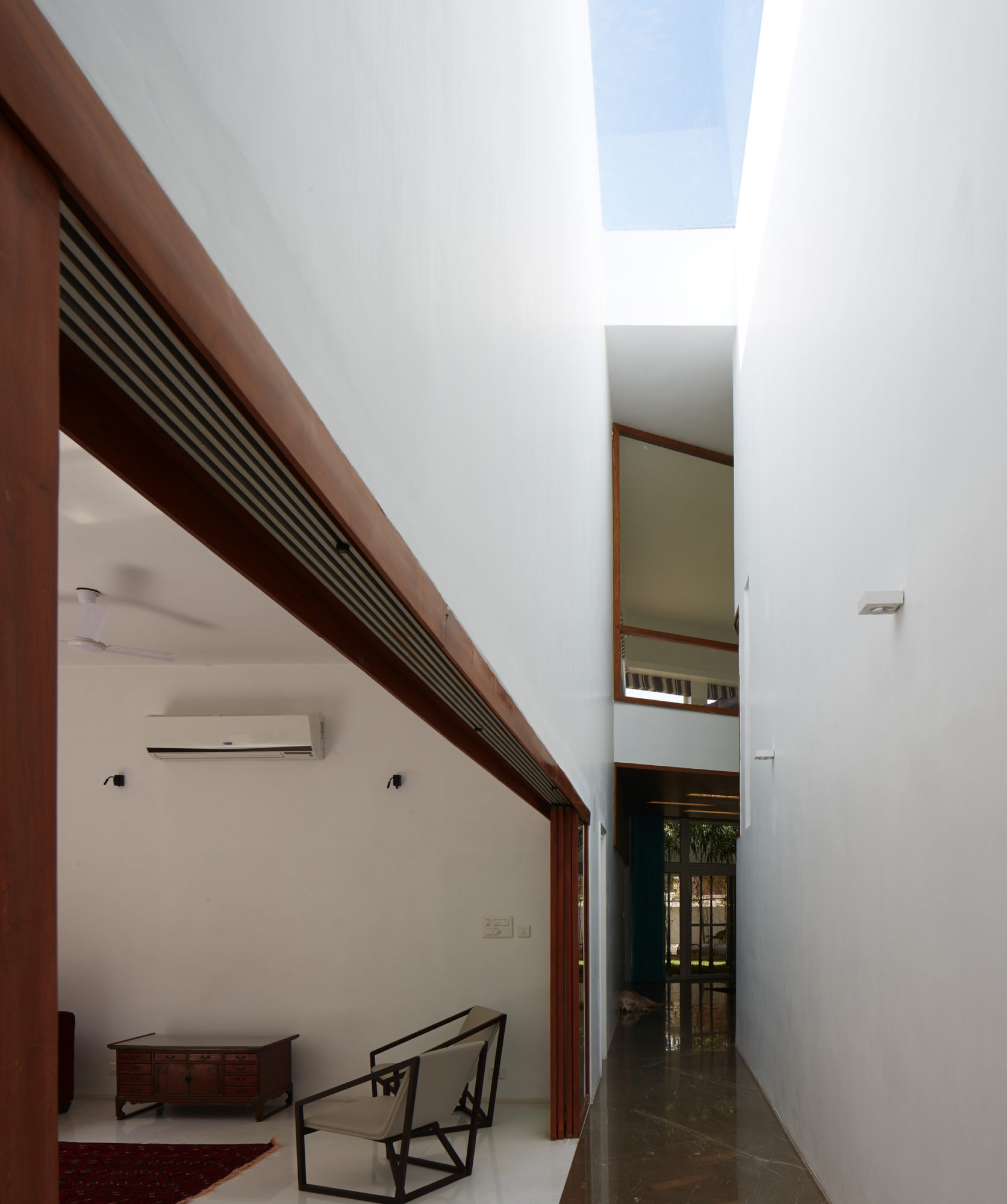 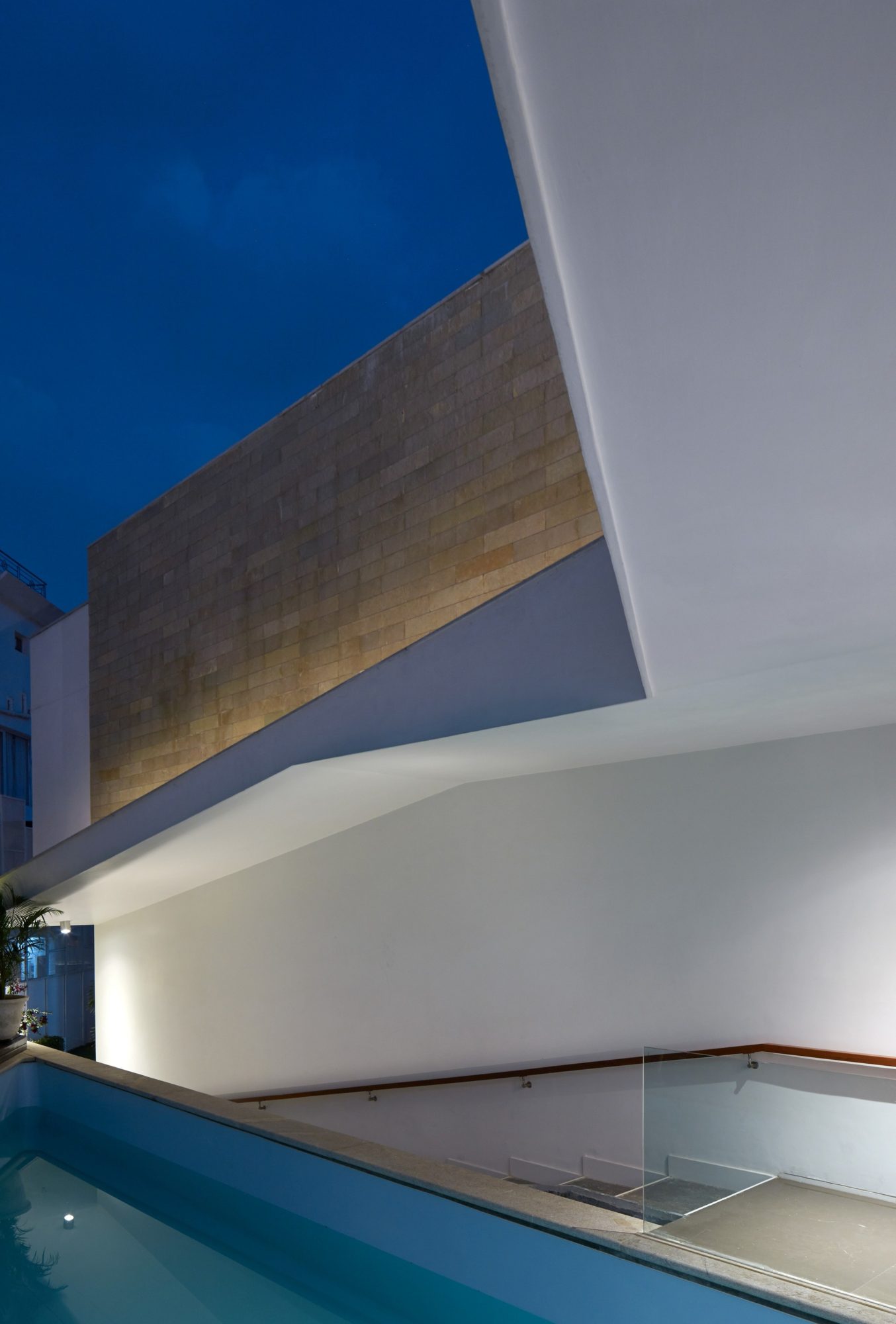 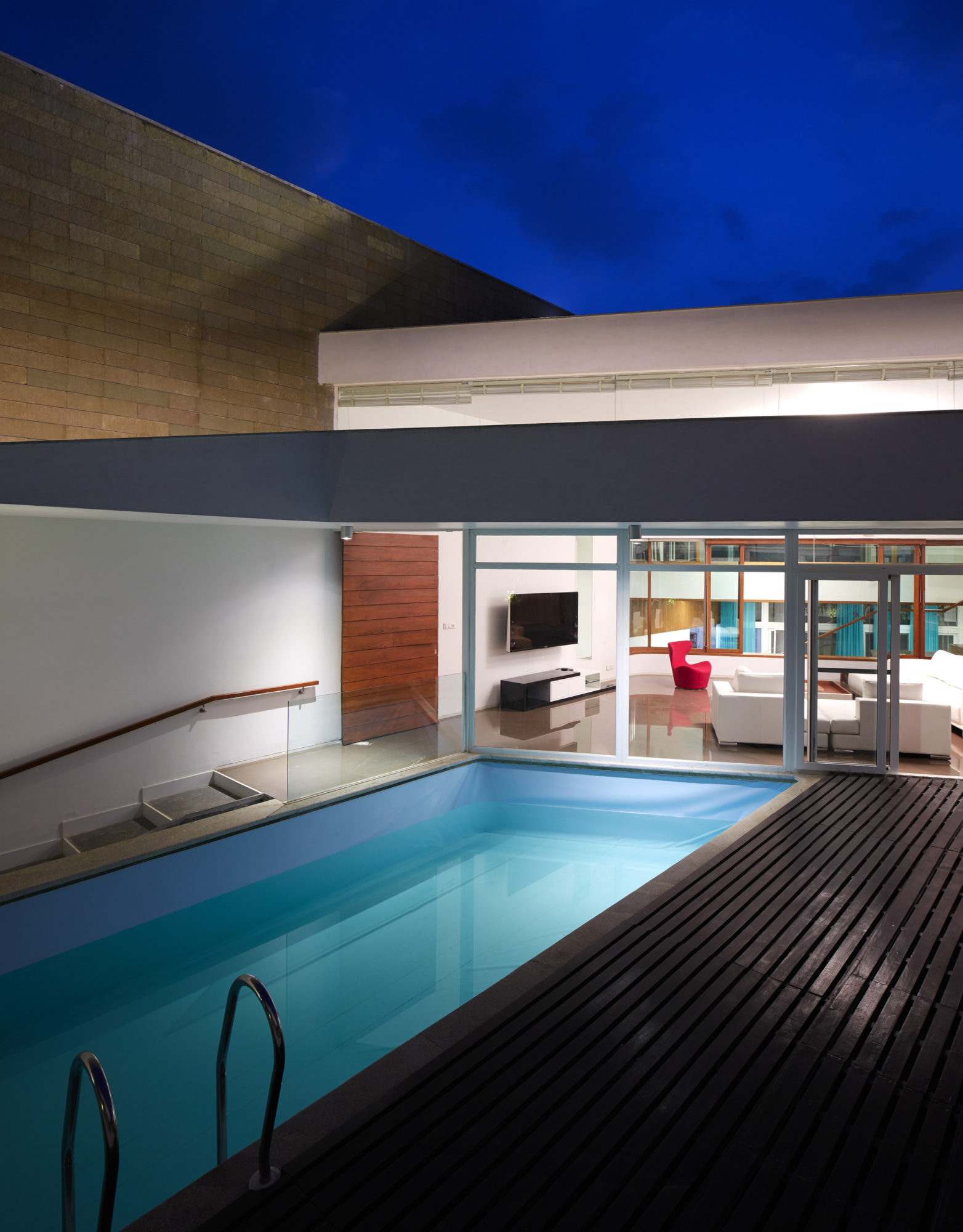 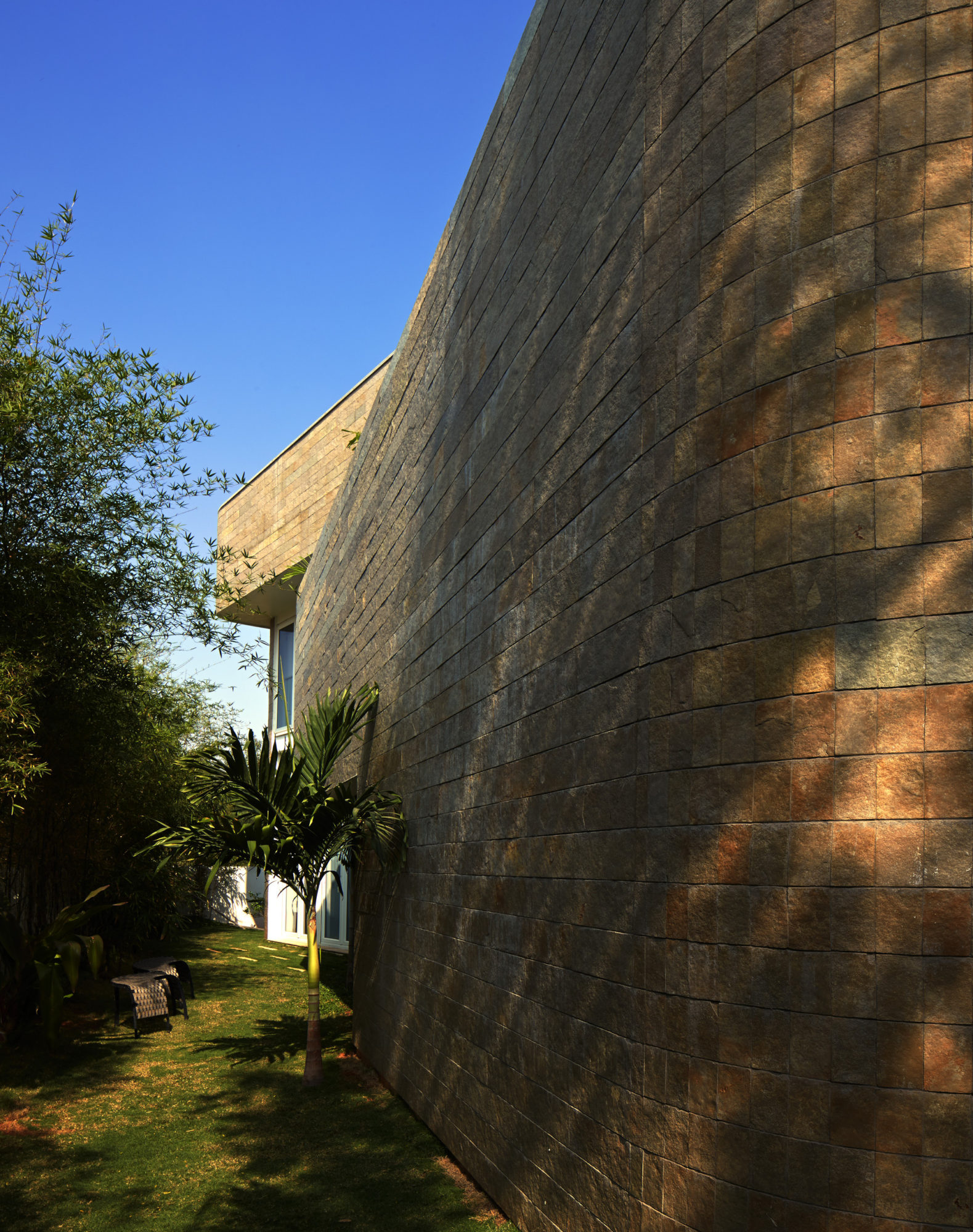 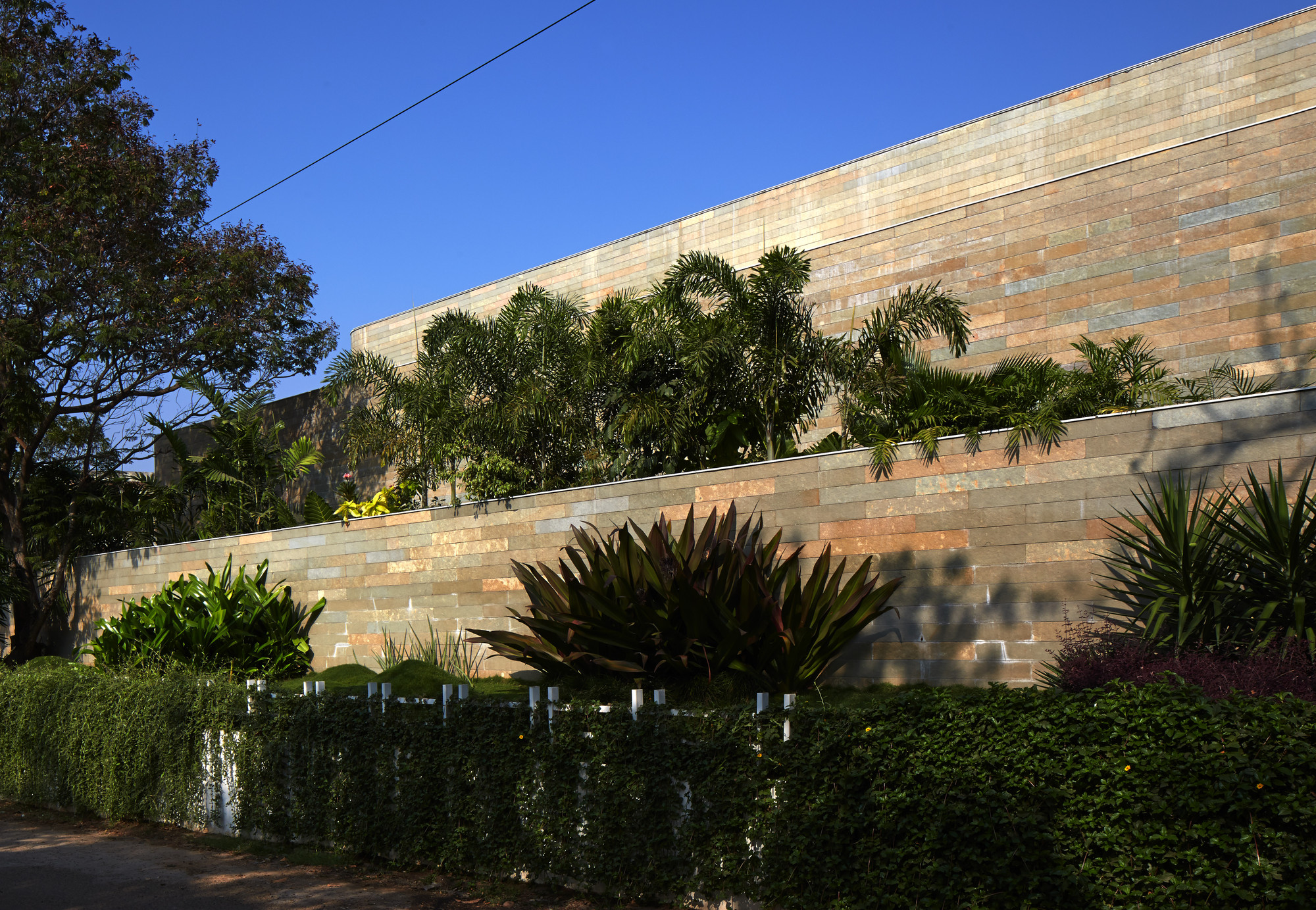 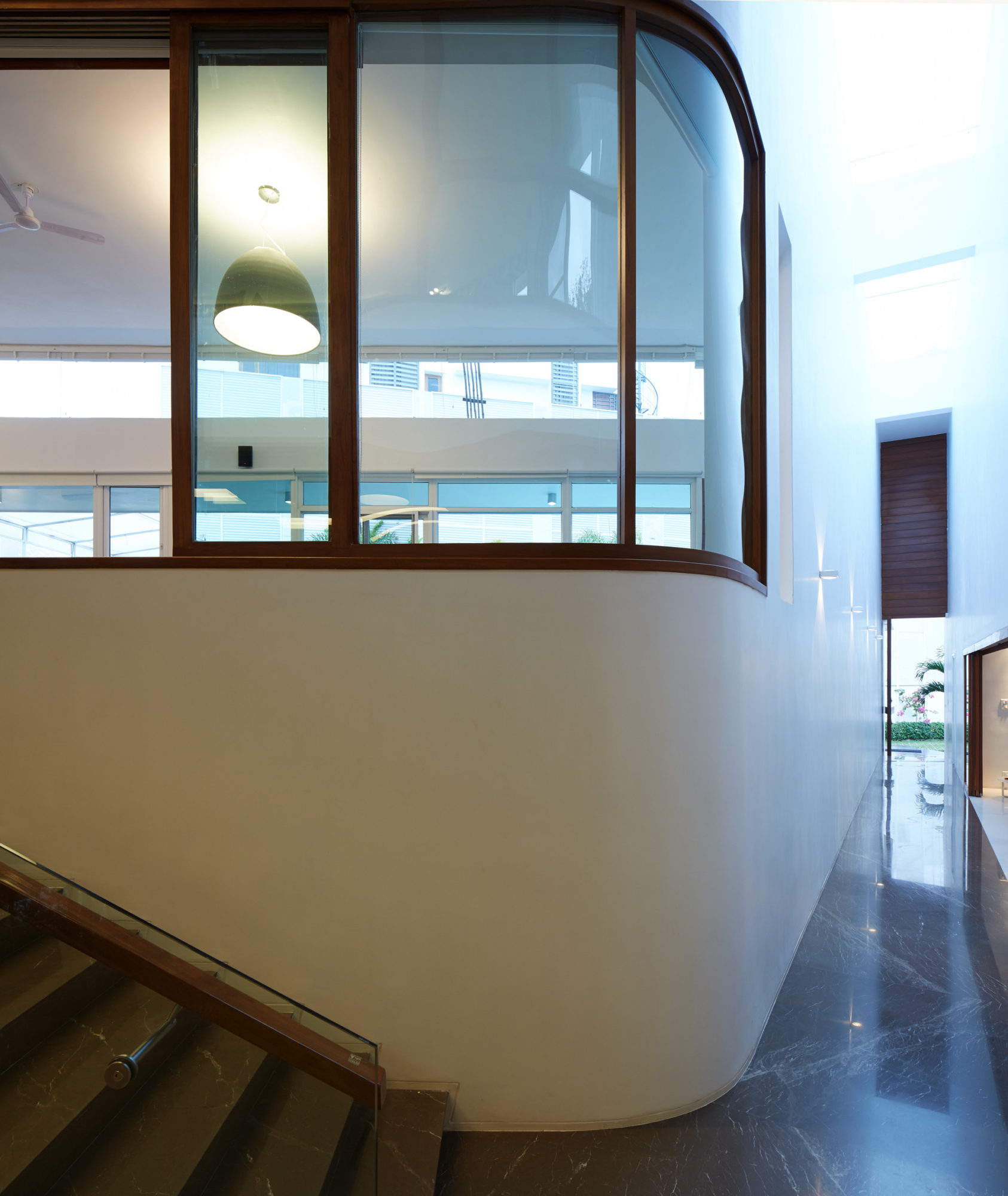 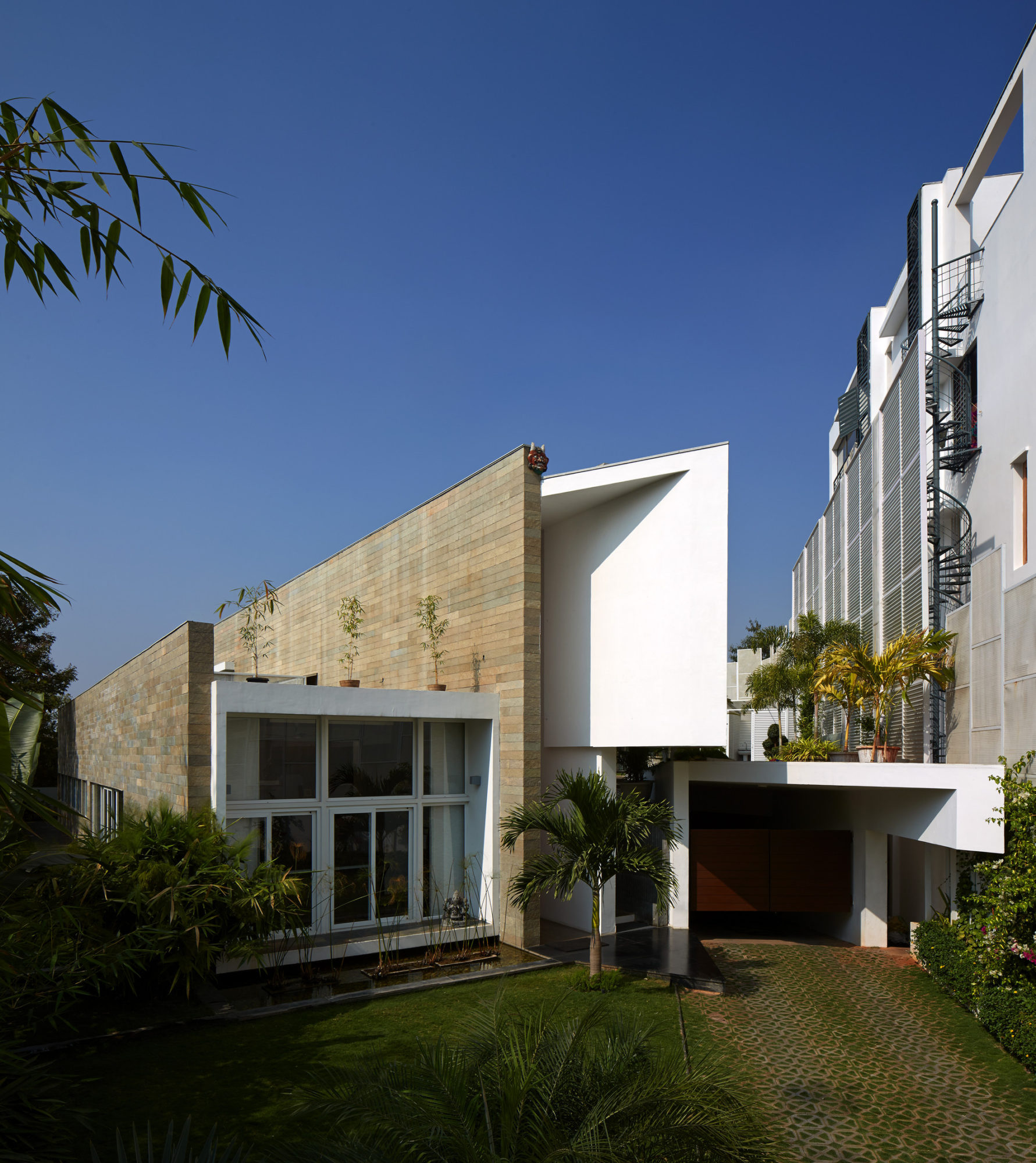 The primary program brief from the couple who owned the house was a desire to build a house that was to be their ‘fortress from the cacophony of the world outside’ while creating a sizable space to be used frequently for entertaining friends and guests.

Referencing forts as a primer the formal development of the project attempts to balance a need for privacy/protection from the outside while developing layered and tiered open spaces for social engagement.

Our first effort was to distance the notion of privacy from that of scale. Formally the boundary wall becomes part of the three parallel limestone clad wall set that configure program between them and ascend in height as they gain distance from the street scaling the house down to human proportions.

Wearing the Courtyard Inside Out

This need for privacy and climatic sheltering on the south side street (to mitigate the harsh southern sun) creates a largely impervious facade. The solidity of this construct is completely obliterated once inside the house by sectional overlapping and linked multilevel a hybrid courtyard that is both internalised and external and hence becomes a container for the massive entertainment space required by the client.  This void/court cuts the through the sectional width of the house becoming a programmatic connect for the independently accessible strands of private (family) and public (work &entertainment) spaces that intersect in the physical centre of the house. 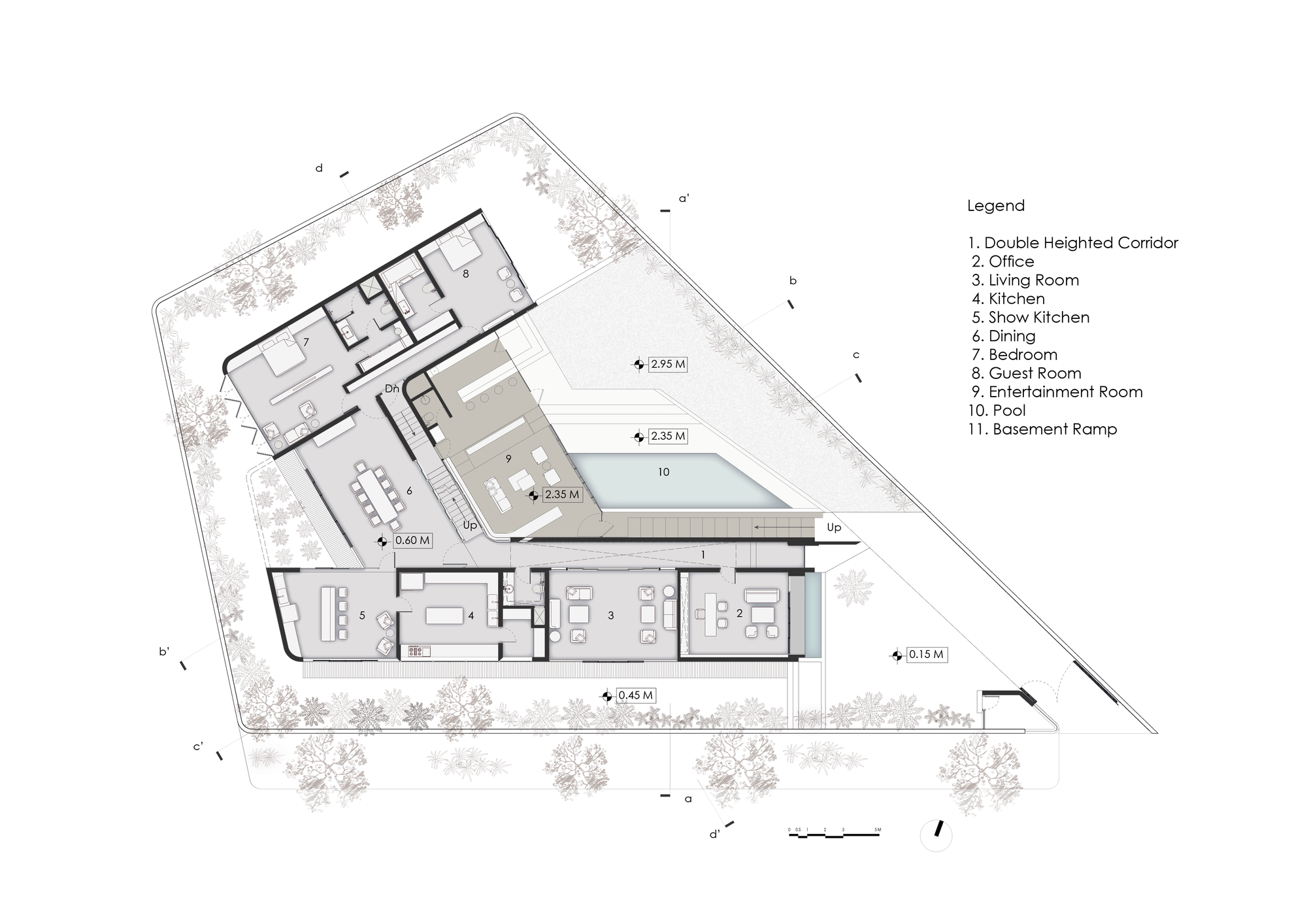 Modern Attic with a View of the Rooftops