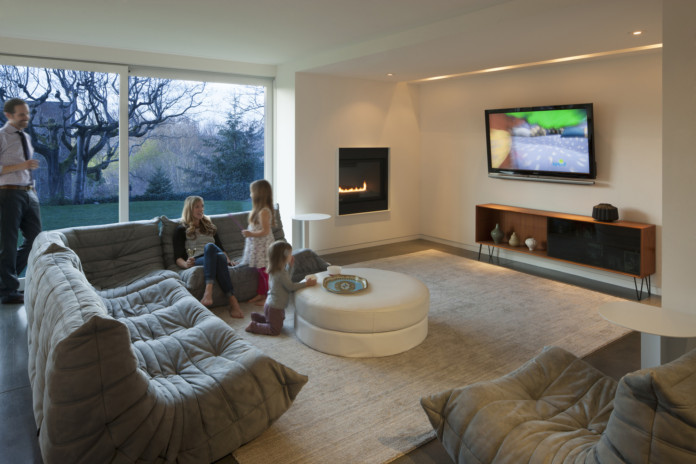 The Janus Residence proves once again that older homes can be transformed into comfortable, modern ones with a bit of ingenuity and skill. The 2,983-square foot home was originally built in 1930, and it was renovated dramatically by Workshop AD for a family of four. The traditional façade facing the street was left alone, while the rear façade and the interiors received the most attention. 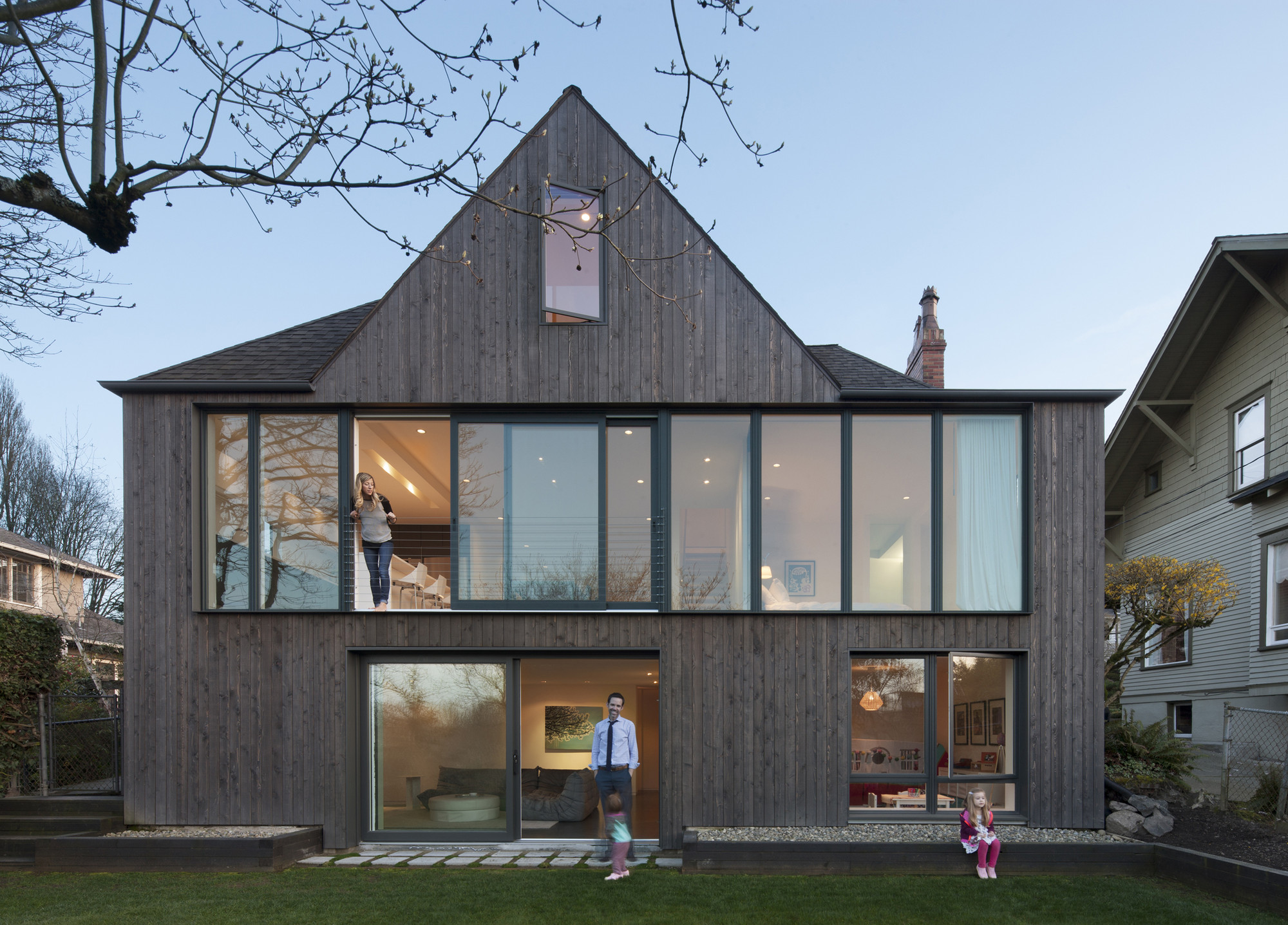 As far as the rear façade is concerned, it has been replaced with an aperture that runs along the entire width of the house. The fresh façade works well with the reorganized living areas such as the open living space, the new bedroom, the playing area for children and the family sized entryway, all of which benefit from a link to the backyard. The aperture was put together using lift slide doors and Lindal windows. 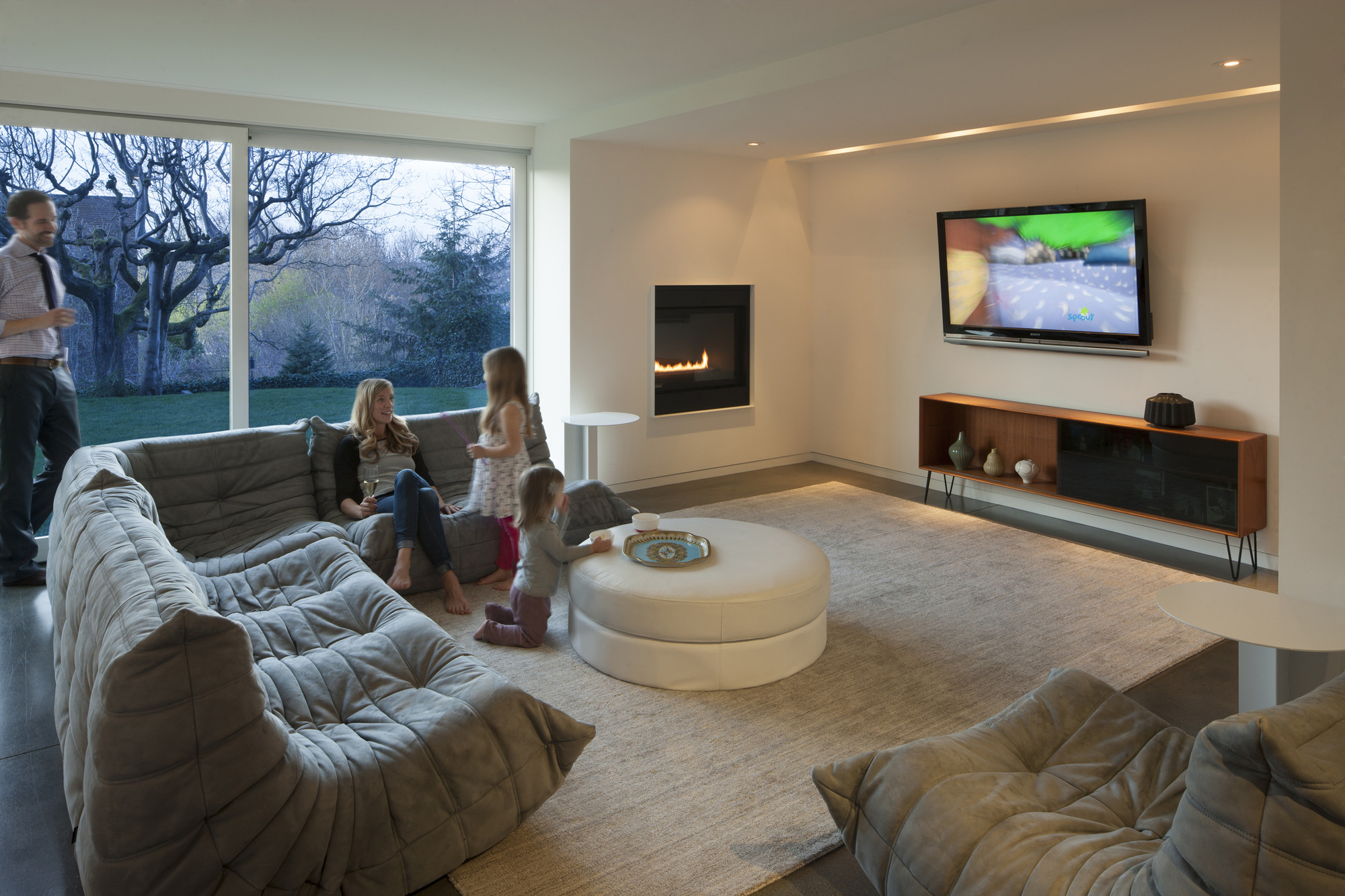 Inside, the surfaces flaunts grey washed oak floorings at the primary level, as well as a color concrete slab at the lower level. The bathroom features tile and ipe surfaces as well as quartz counters, and it includes Duravit fixtures. For a plus of comfort, the architects also implemented hydronic radiant heated floors. 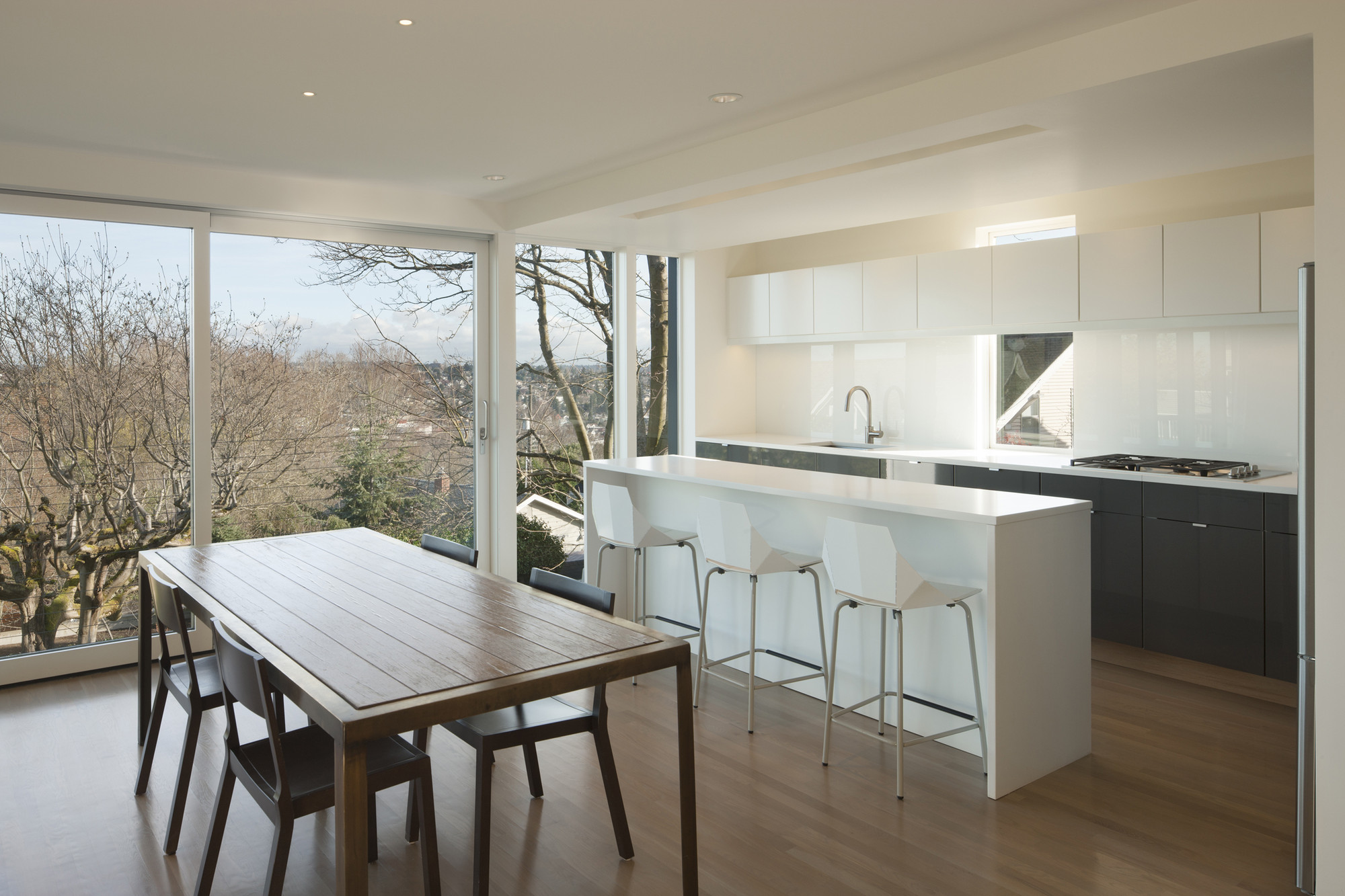 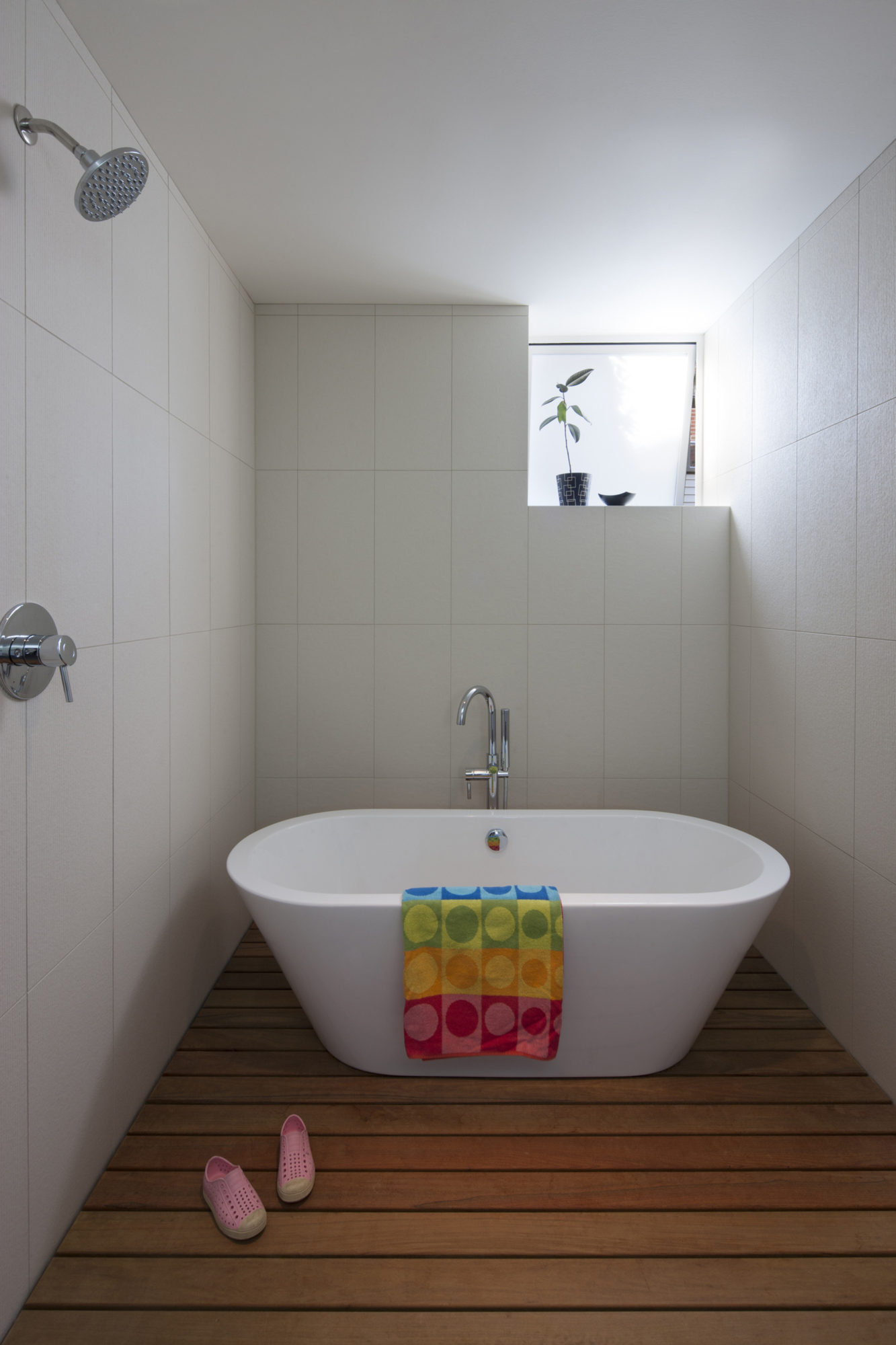 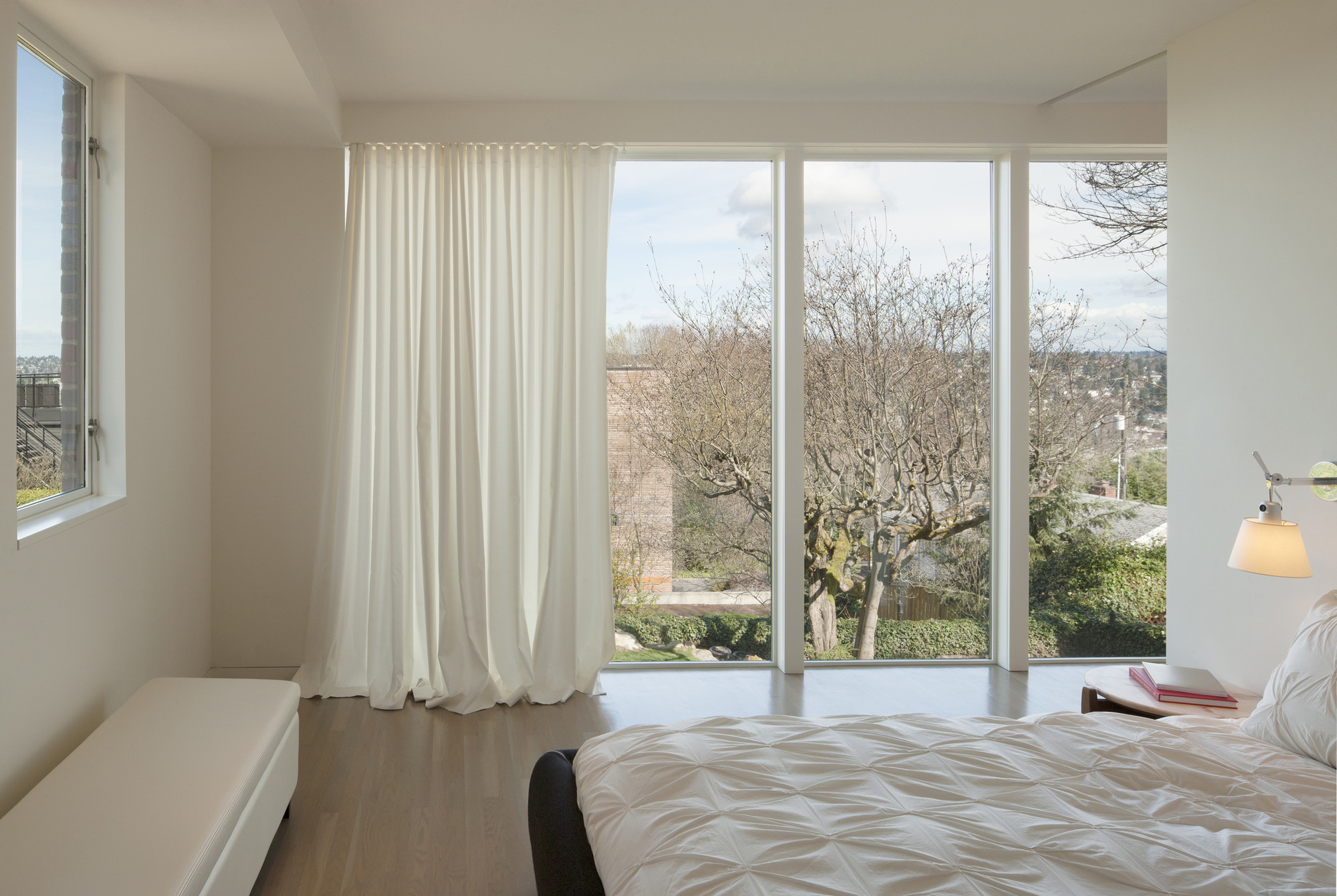 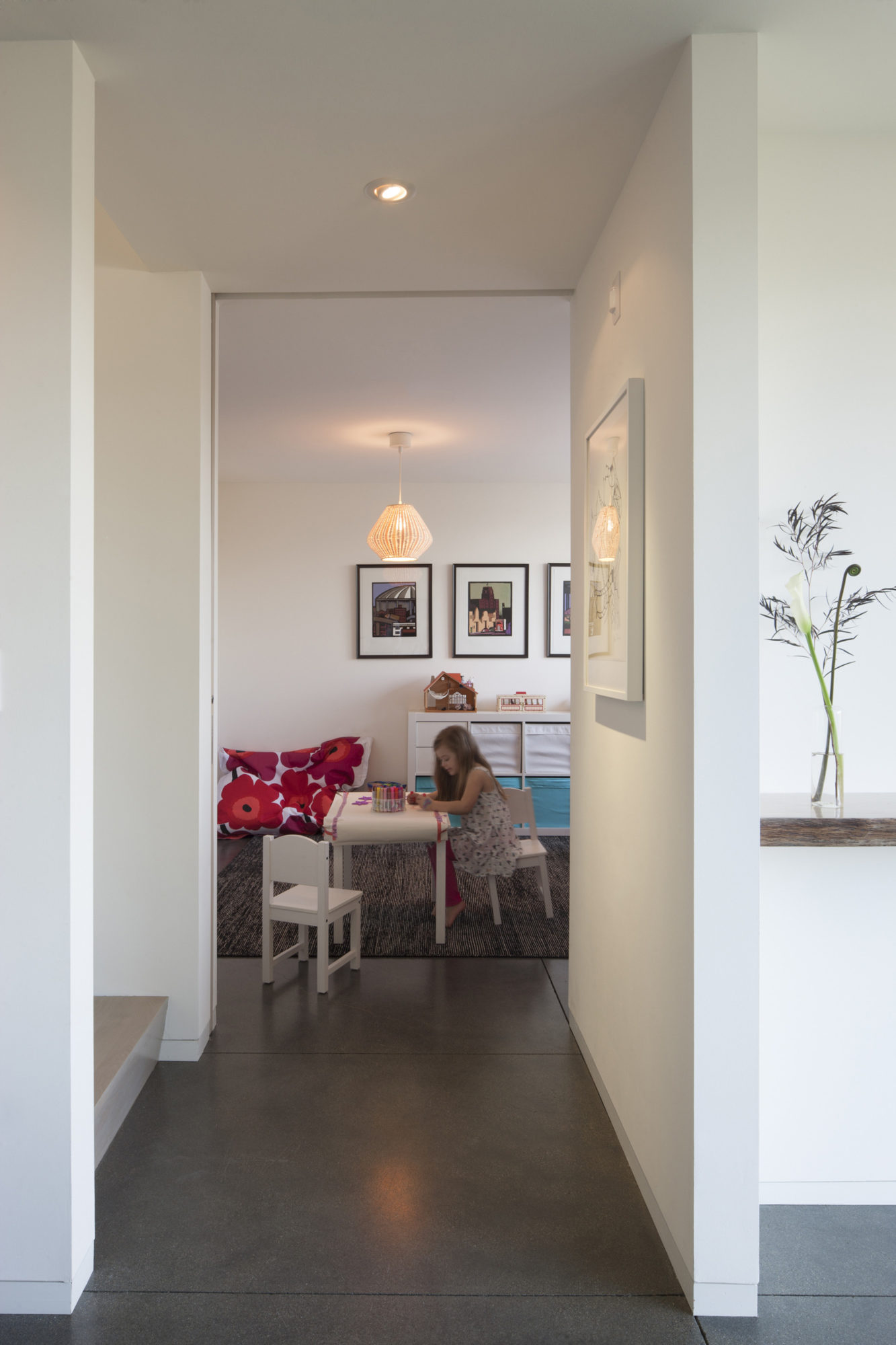 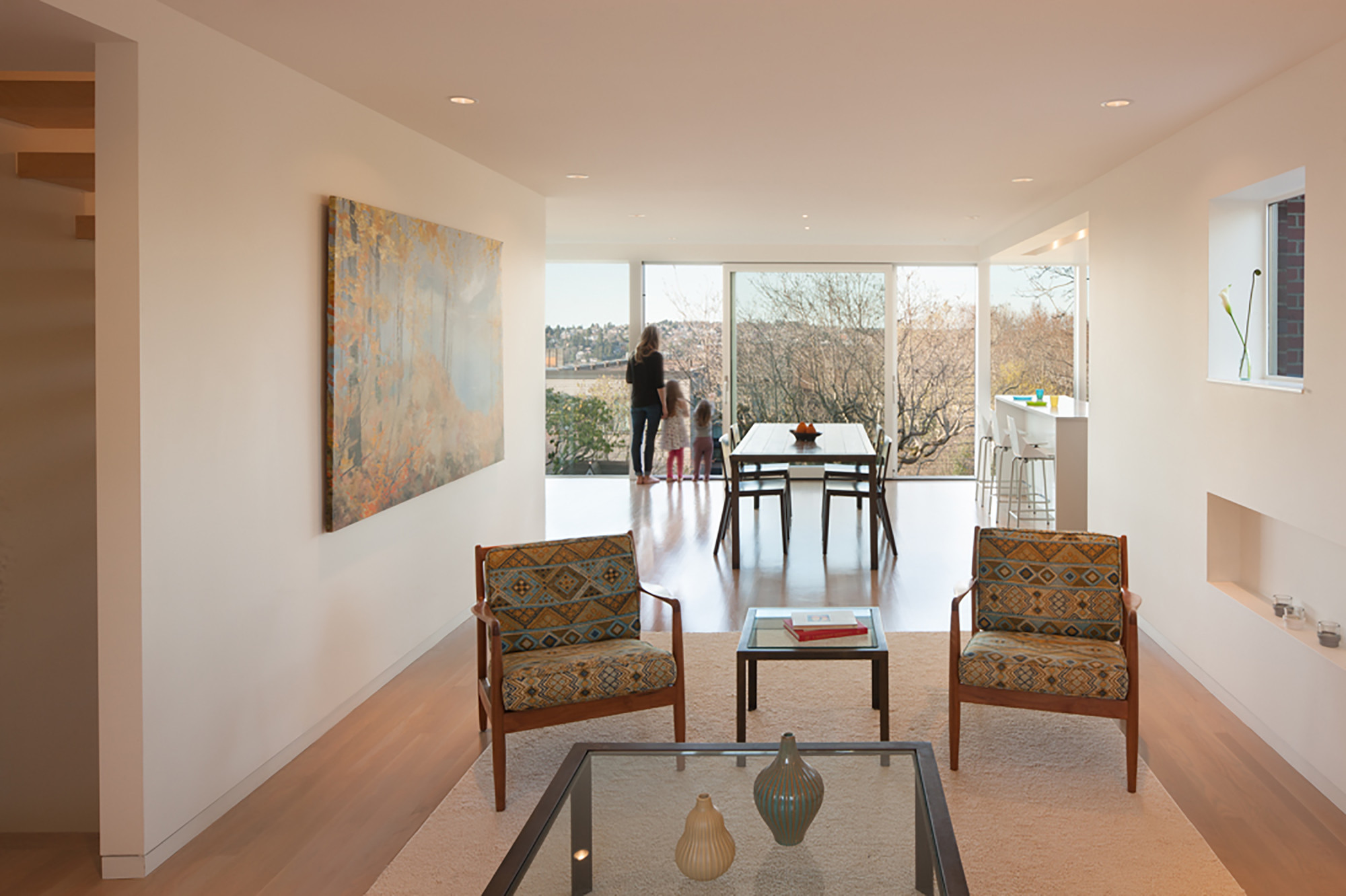 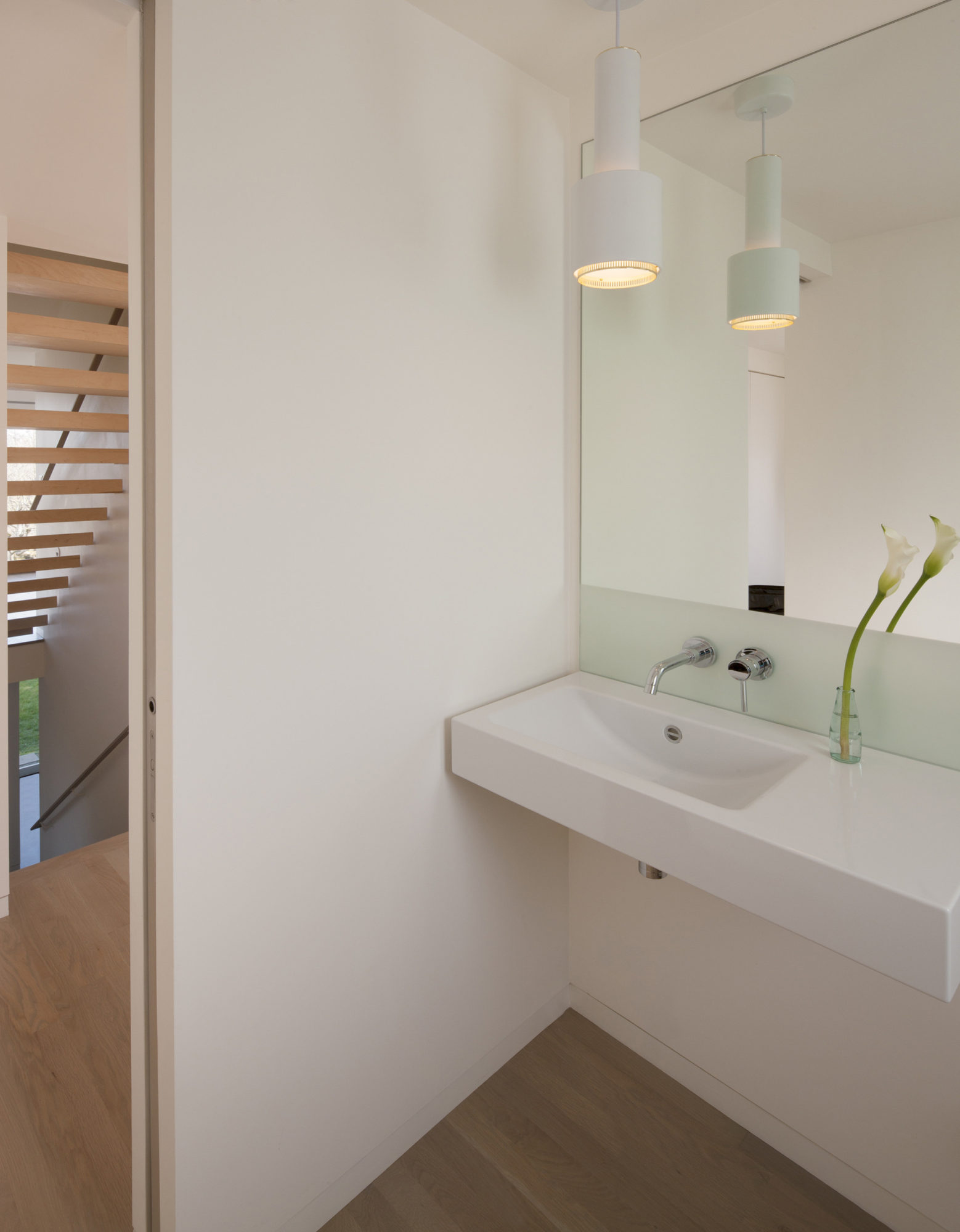 This project, for a family of four, transforms a 1930 brick tudor into a house with two faces.  The traditional, street facing façade remains untouched, concealing the dramatic change to the interior and rear façade.

Given the clients goals for cleanly detailed spaces oriented to the northern view of the ship canal and cityscape, the rear façade of the existing house was blown open and replaced with an aperture that spans nearly the entire width of the structure.

This new façade responds to the reorganized living spaces including a new bedroom, open living, family sized entry space, kids play area, and family room with direct connection to the backyard. All of this within the footprint of the existing modest home. 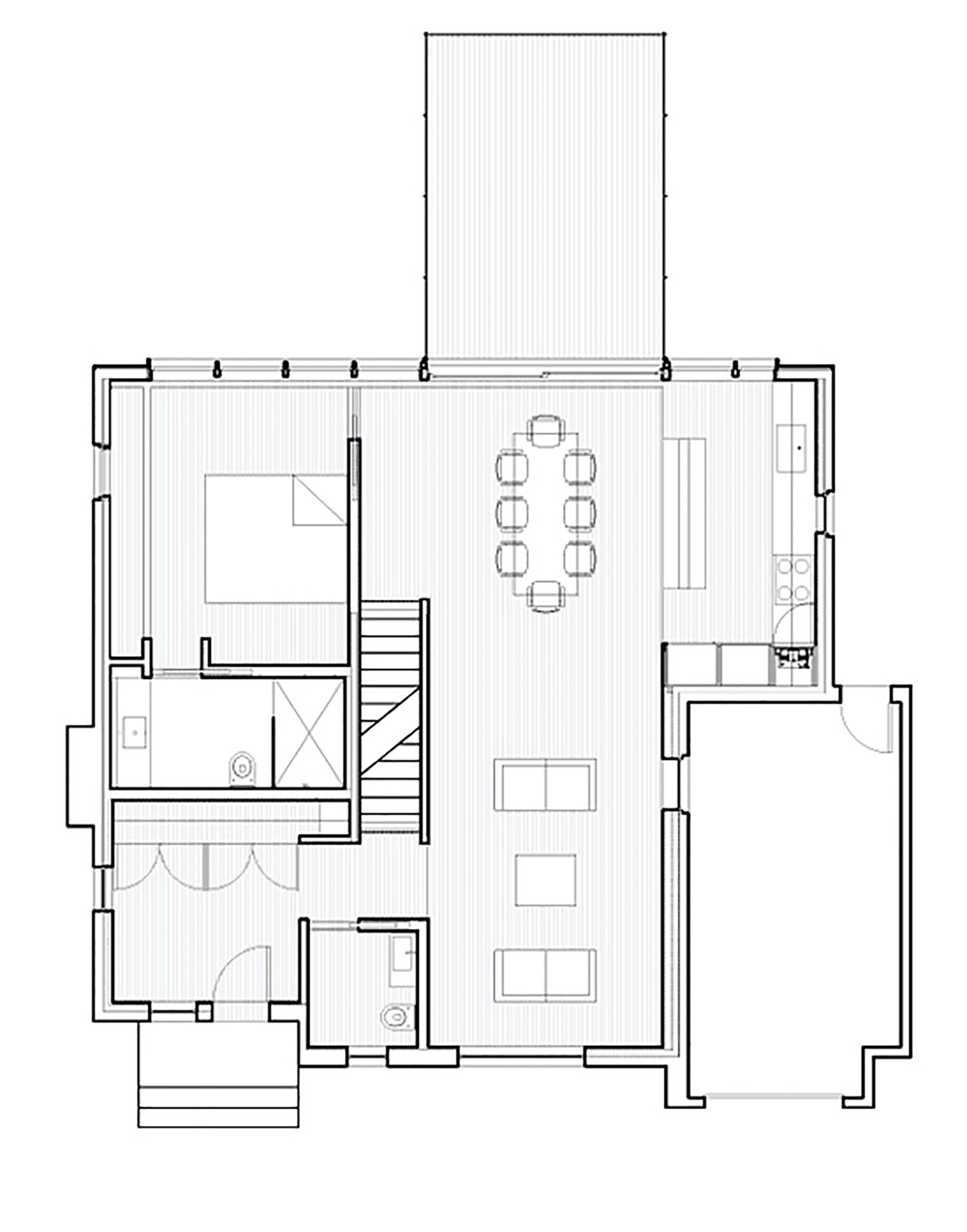 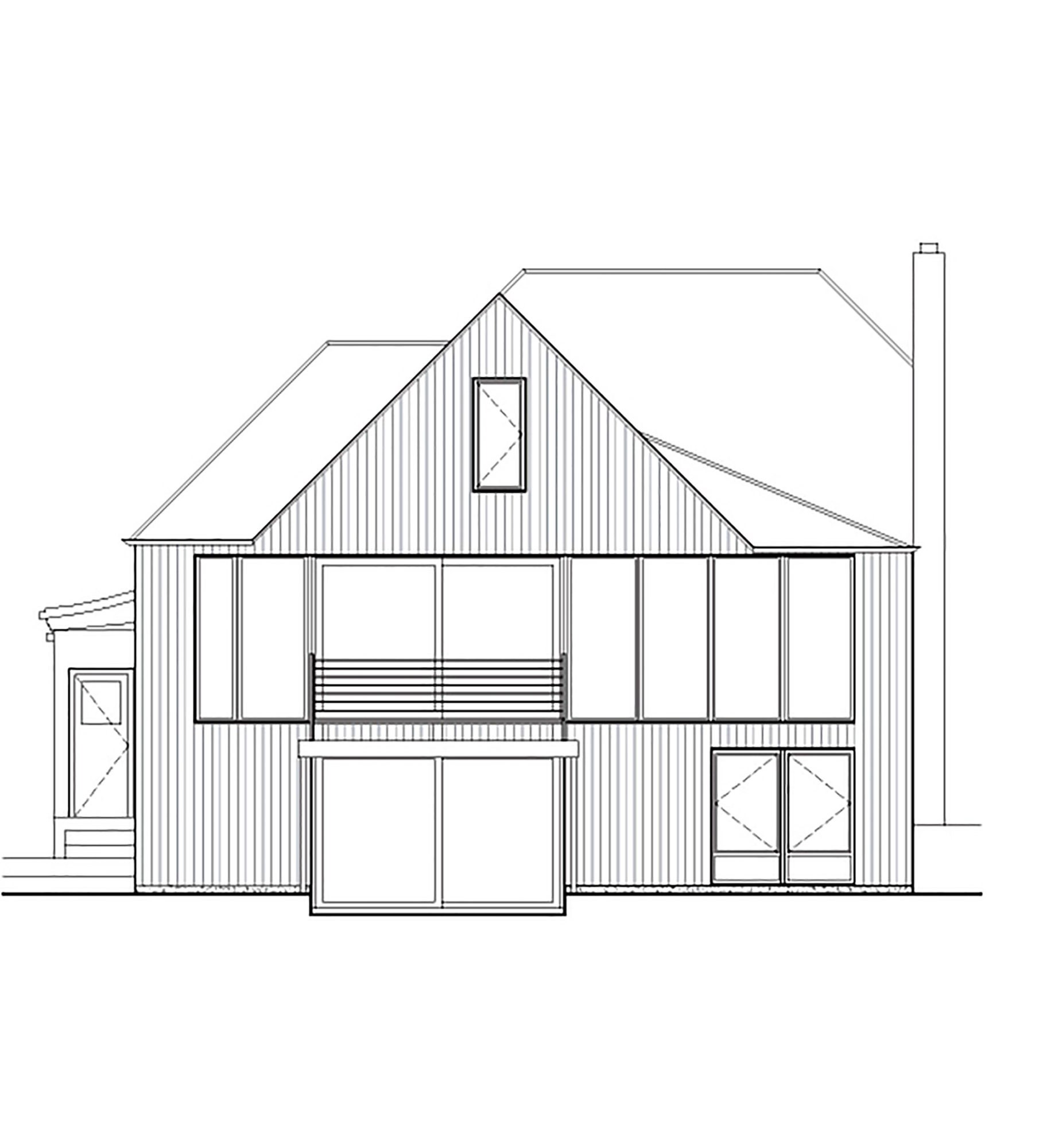 6 Easiest Ways to Keep Your House Warm This Winter

A Buyer’s Guide To Reading An Aurora Home Inspection Report