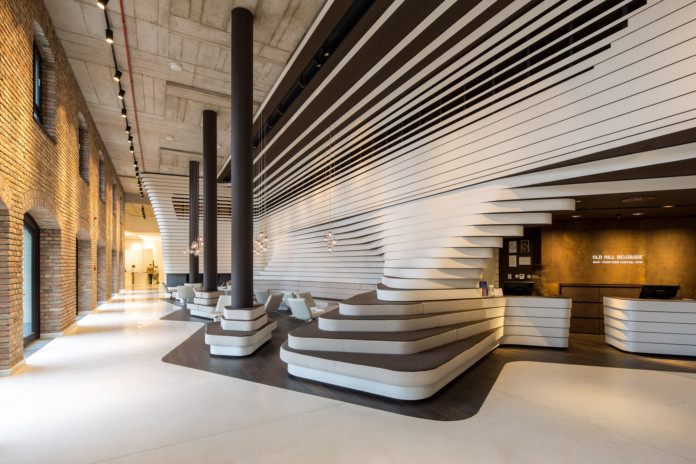 This exquisite 4-star hotel operates in what was previously known as “Old Mill” – a cultural monument located on the banks of the Sava River in Beograd, Serbia. Completed in 2014 by GRAFT Architects, the establishment features a combination of classic and contemporary elements that complement each other. 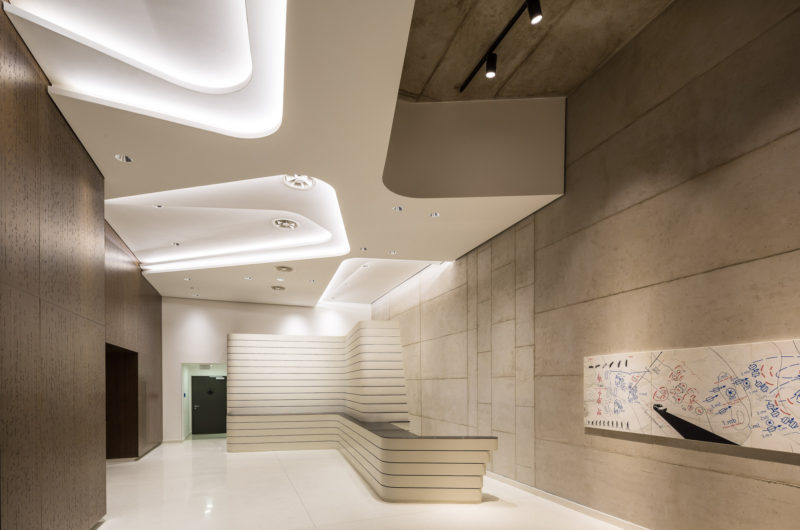 The original building houses the reception area, a lobby, a restaurant and a bar, while the newly built extensions comprise the guest rooms, the suites, the service areas, the fitness area and a spa. Once arrived, guests are greeted by a slightly raised plaza that boasts wrought iron columns and old granite stones that used to be a part of the Old Mill. Accommodations include 236 guest rooms and 14 suites that flaunt balconies at the upper floors.

Those who travel to Belgrade for business will be thrilled to find out that this outstanding hotel features a modern conference center with four meeting rooms, a business lounge and a banquet hall. 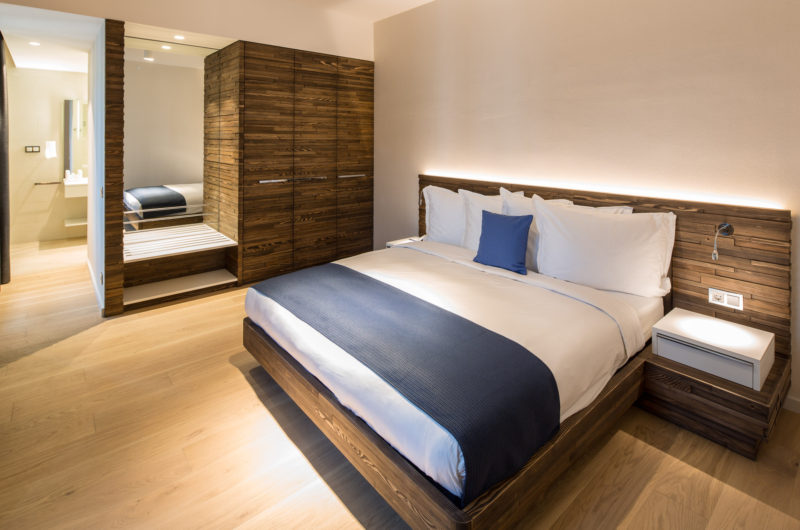 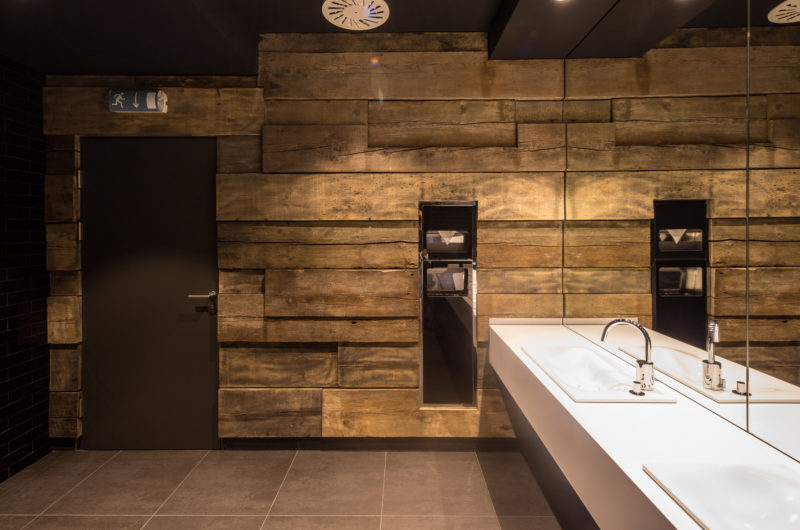 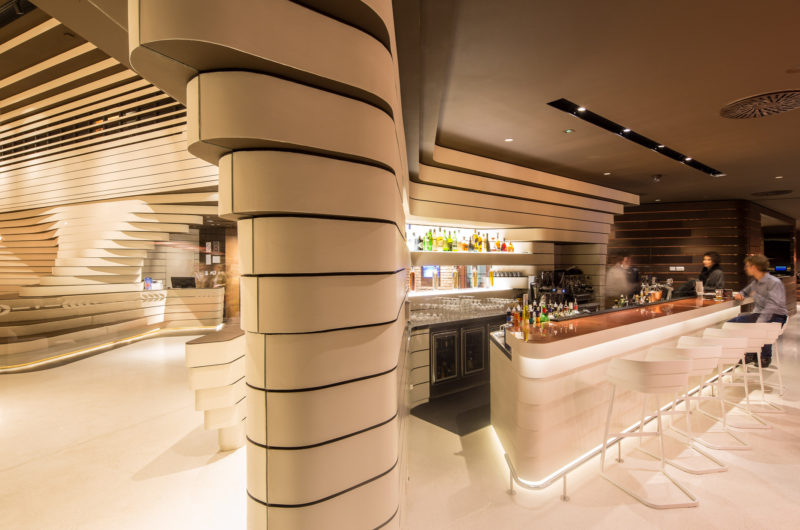 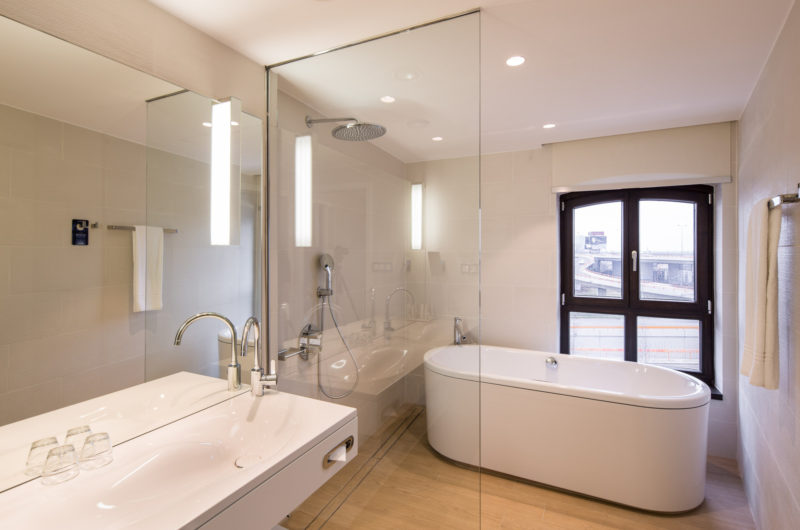 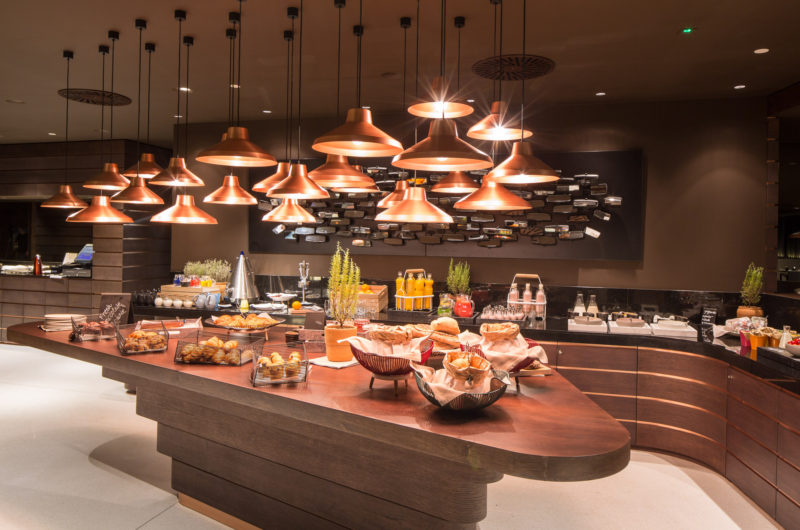 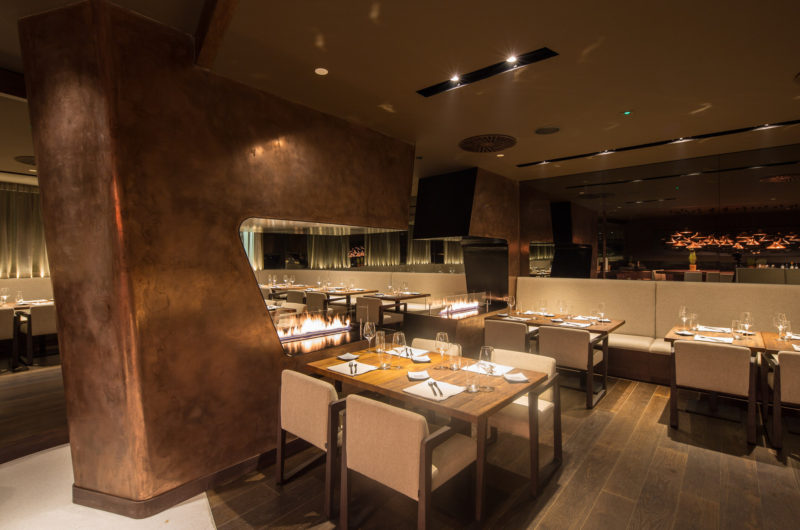 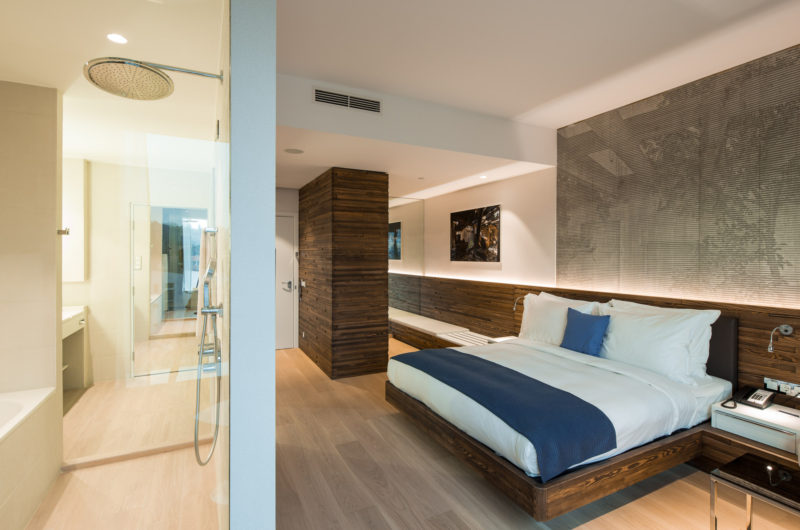 In the white city of Old Beograd, near the banks of the Sava River, GRAFT transformed the historic building of the “Old Mill” into a 4 Star hotel.

The ambitious interior concept embraces and enhances the existing historical structures with new materials, colors and shapes, activating the original qualities of the cultural monument and hence creating a unique visual experience.

The main entrance of the hotel, with a lobby and a reception area, the bar and the restaurant, are located in the existing building complex. The newly built high-rises accommodate the guest rooms and suites, as well as the spa, fitness and service areas.

The guest arrives on a slightly raised new plaza, which features old granite stones and wrought iron columns rescued from the Old Mill. A water feature breaks down the traffic noise. The lobby receives the hotel guests with an industrial, open and authentic atmosphere. Reclaimed materials, like bricks from the historical building, were cleaned, repaired and re-integrated. Also the backdrop of the reception counter was made from old machines. Although being transferred into a modern architectural language, natural materials, such as oak and copper, refer to the history of the site. Structurally necessary concrete incision were kept rough, in order to compliment the overall industrial look. These heterogenic materials and functions are than contrasted by a giant white structure, fusing them into a spatial continuum. Acting like a white canvas it displays their different ages and qualities, giving them new life.

This public and rough attitude of the Old Mill complex gradually shifts into a more private and soft environment in the guest rooms. The materials metal and stone are replaced by wood and textile generating a cozy and comforting quality. The concrete structure stays unclad as reminiscence to the industrial heritage and layered with a wall painting as an intellectual place for narration, interpretation and spatial extension. The interior of the rooms also feature enormous low windows, customized seating areas and an open and bright bathroom.

There are 236 guest rooms and 14 suites with balconies on the top floors. The Old mill building also features a conference center with four meeting rooms, a great banquet hall and an exclusive business lounge on the top of this landmark building.

The overall concept of re-contextualization fuses the local heritage and the contemporary interior design into a singular whole: through grafting between old and new, the spirit of the Old Mill lives on in modern attire and becomes a new local landmark.

How To Achieve Urban Home Design With Wall Art