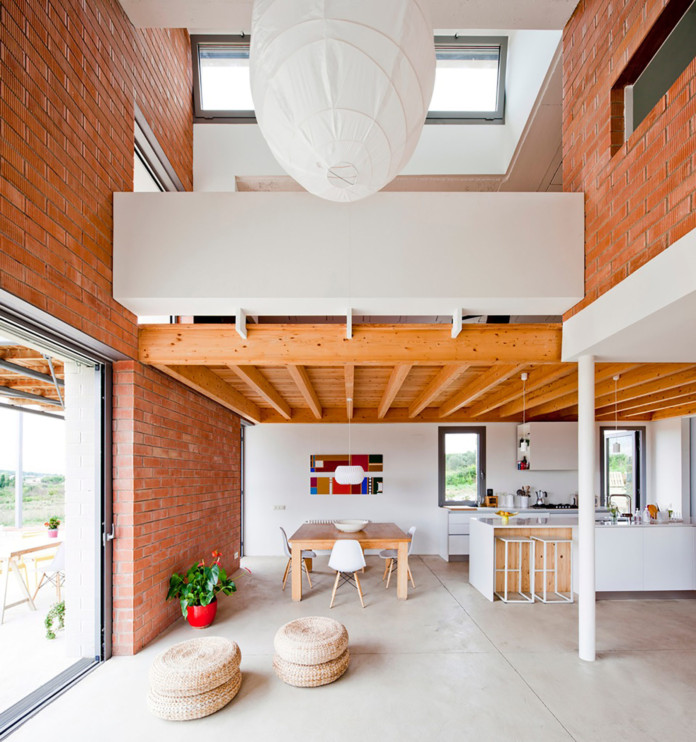 The MMMMMS House was completed in 2014 in Camallera, Girona, Spain, and it was designed by Anna & Eugeni Bach. In order to make this special project a reality, the architects had to comply with a series of local restrictions that include the implementation of sloped roofs, stone cladding and “Arab” tiles. 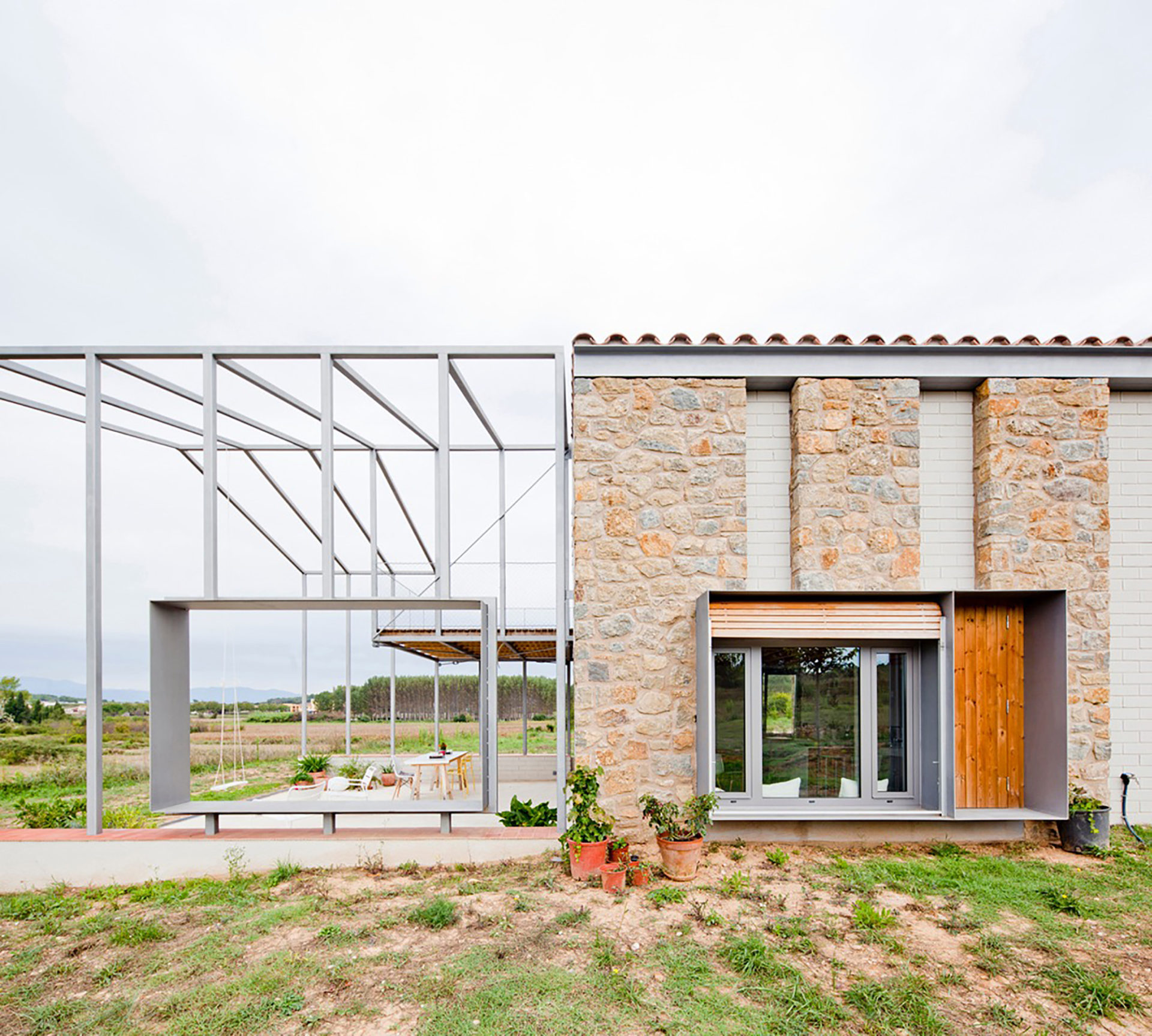 The designers wanted to stay true to these principles but they also wanted to create a unique home, which is why they decided to form a connection to a few farm storages found in the vicinity of the plot. Inspired by the efficient design of a warehouse, the MMMMMS House boasts a large main volume that comprises several smaller spaces. The bathrooms, kitchen and bedrooms benefit from privacy, as they were placed within their own separate compartments. 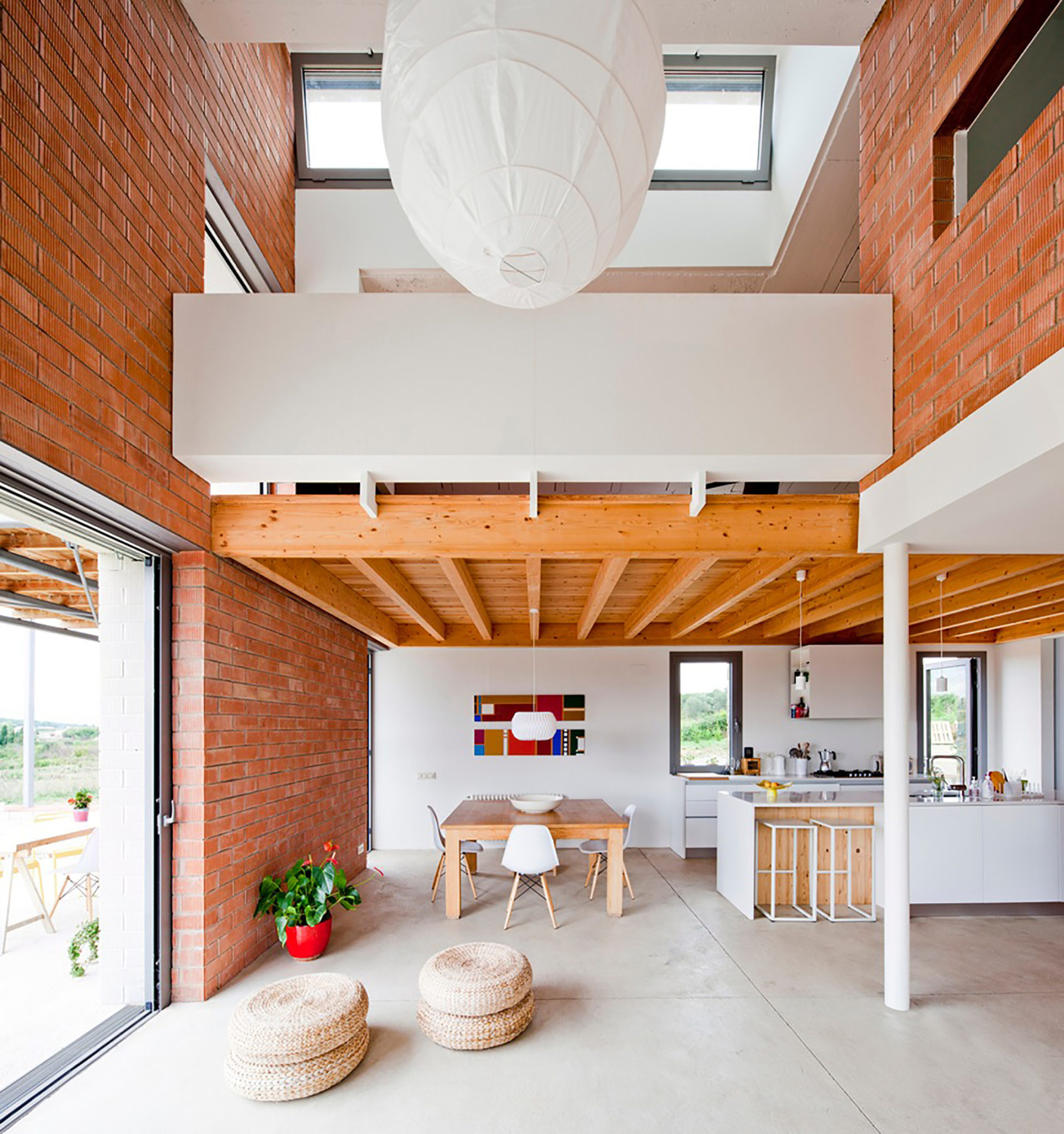 The energy efficiency of the residence was achieved with the help of a cross ventilation system based on facade openings and skylights. During the cold season, thick walls and high quality insulation help retain heat given off by a high performance wood-chip heater, which is also linked to a series of solar panels. An underground water tank stores rainwater, which is used for the toilets and irrigation. 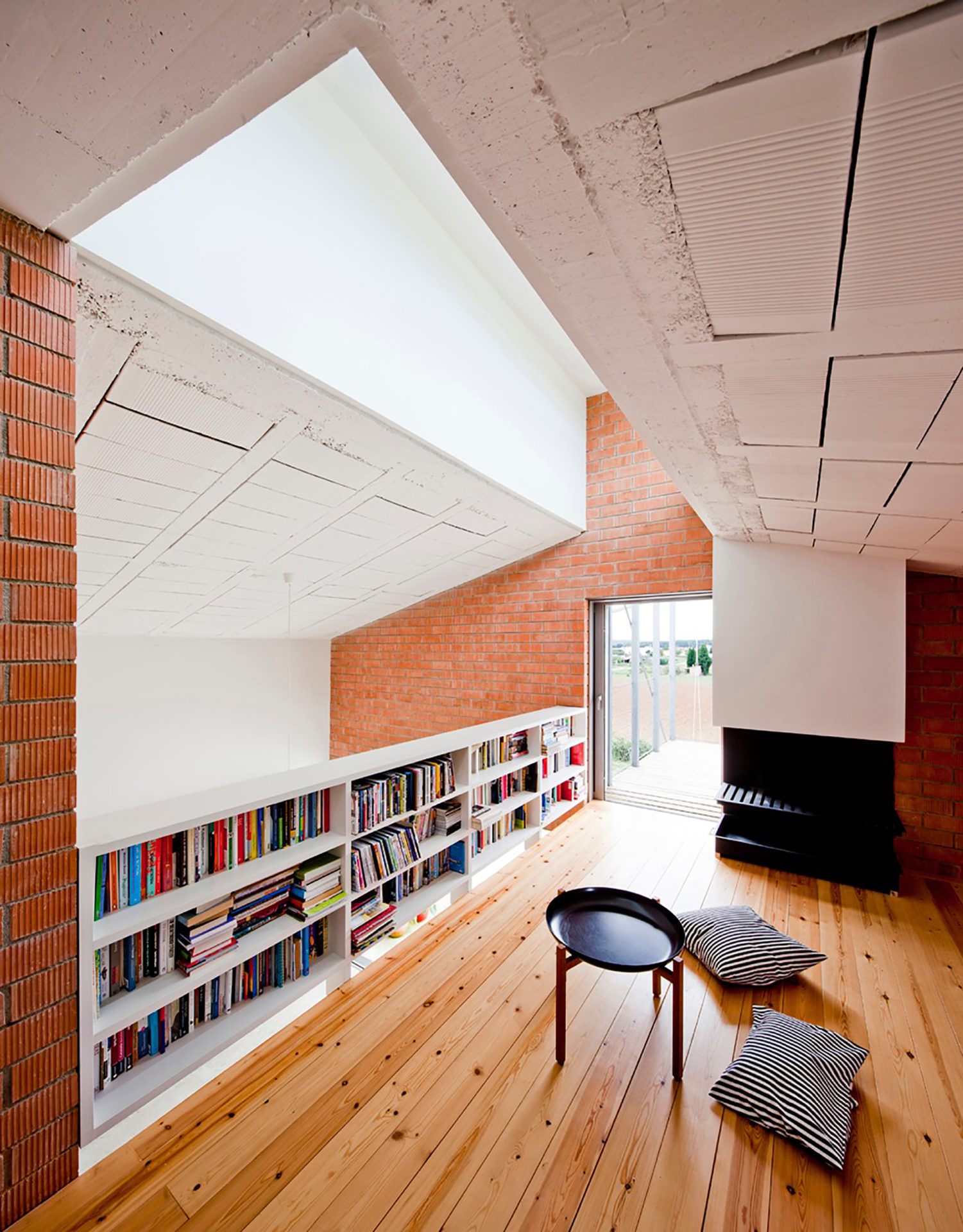 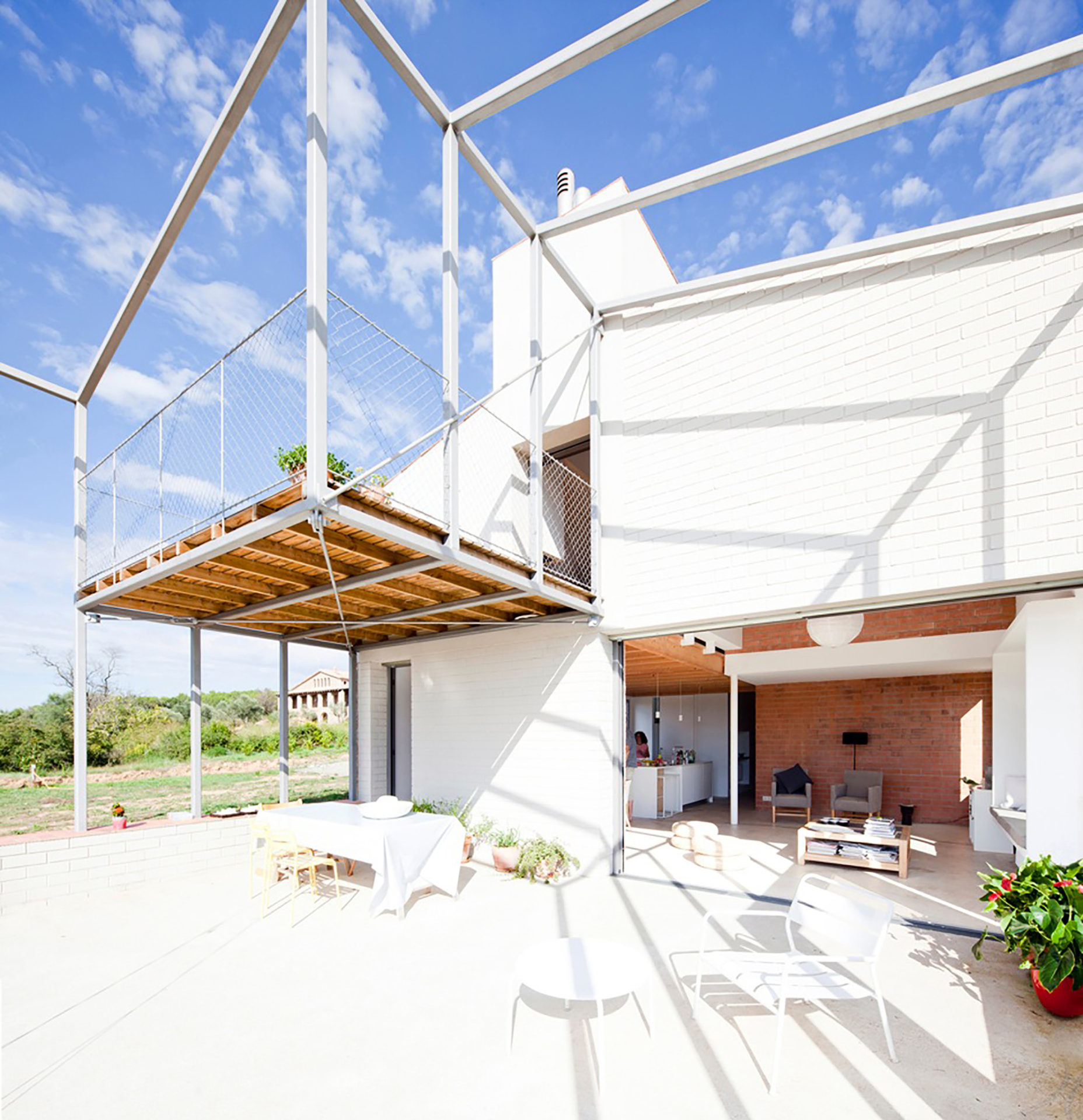 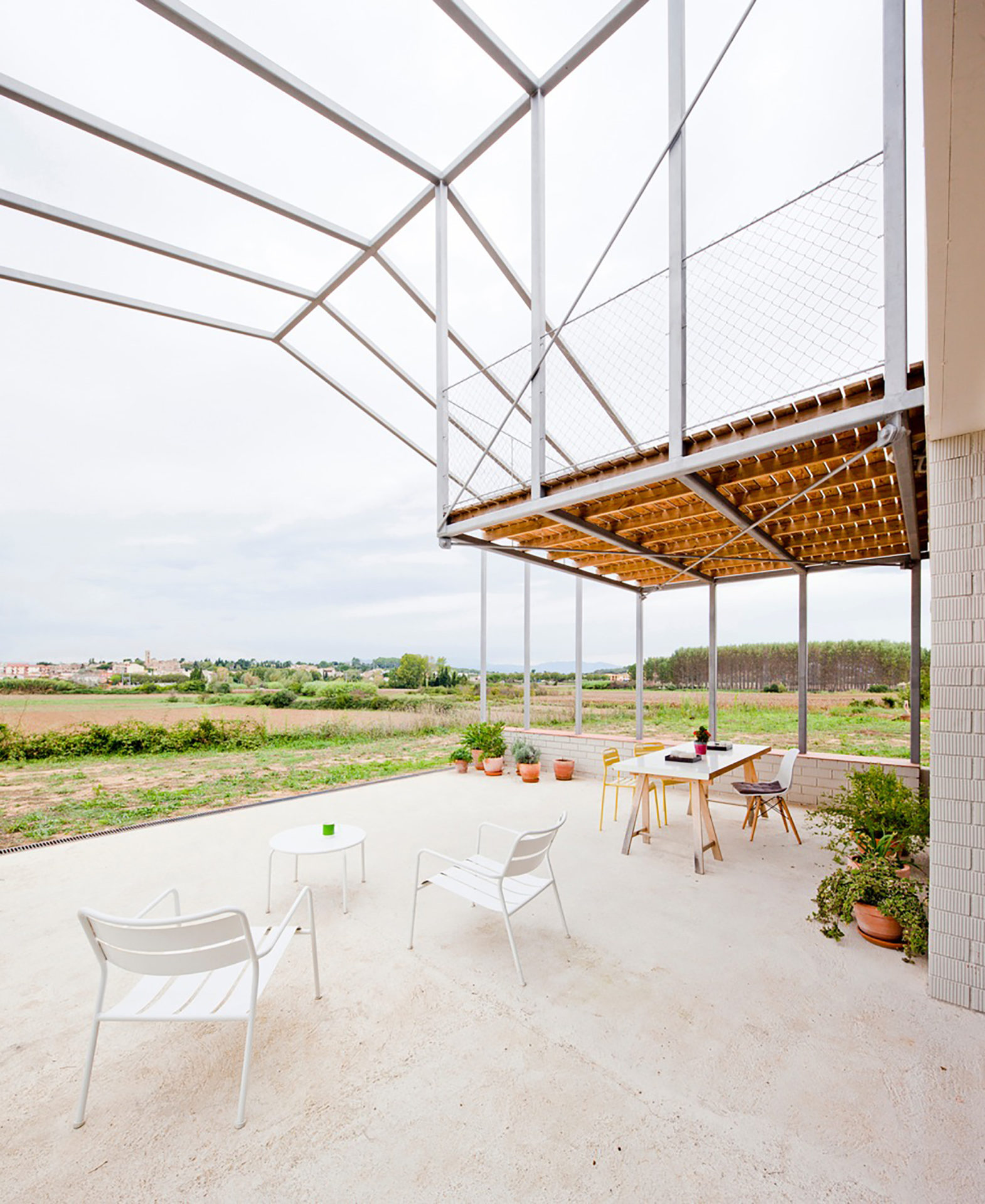 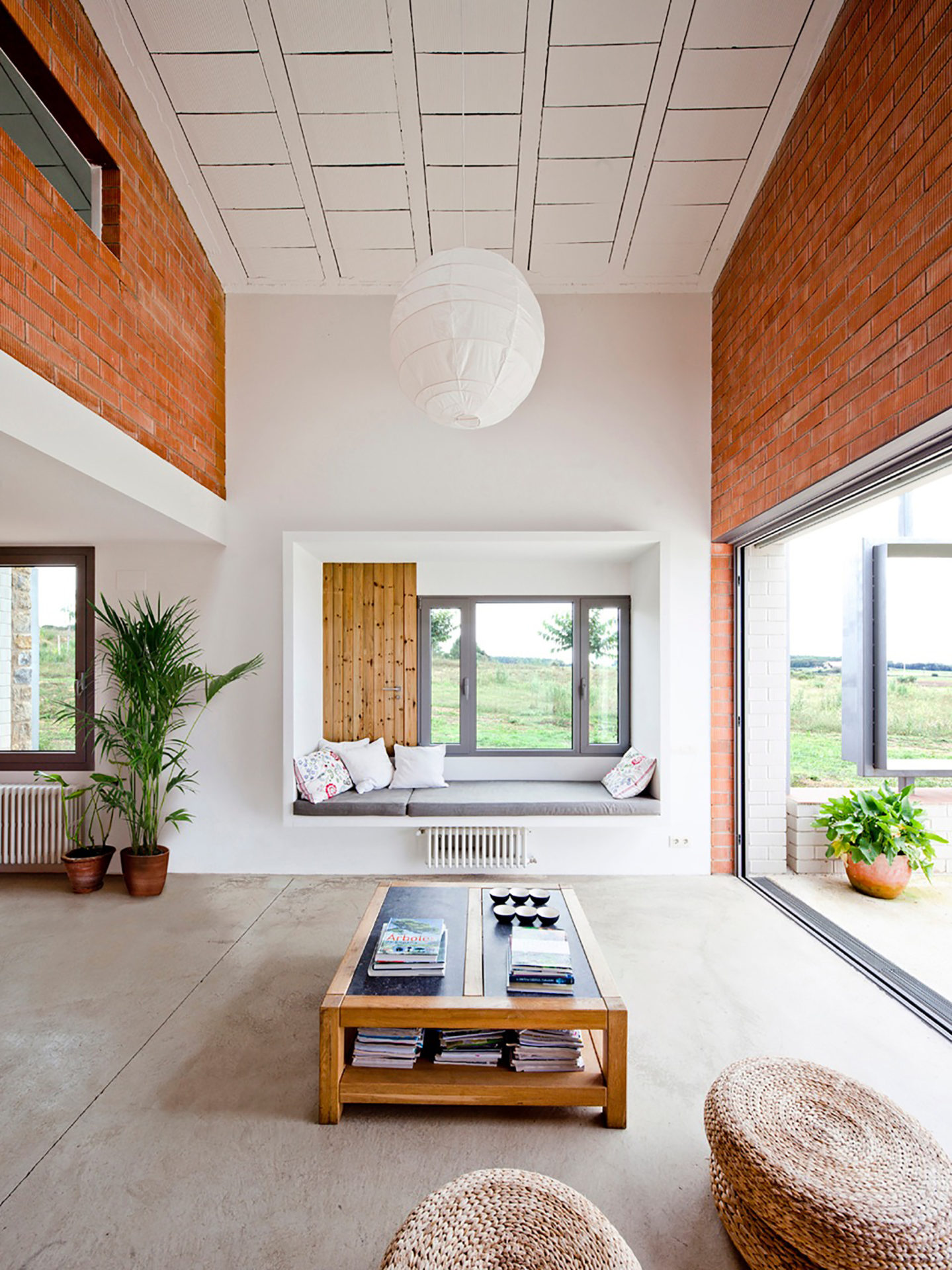 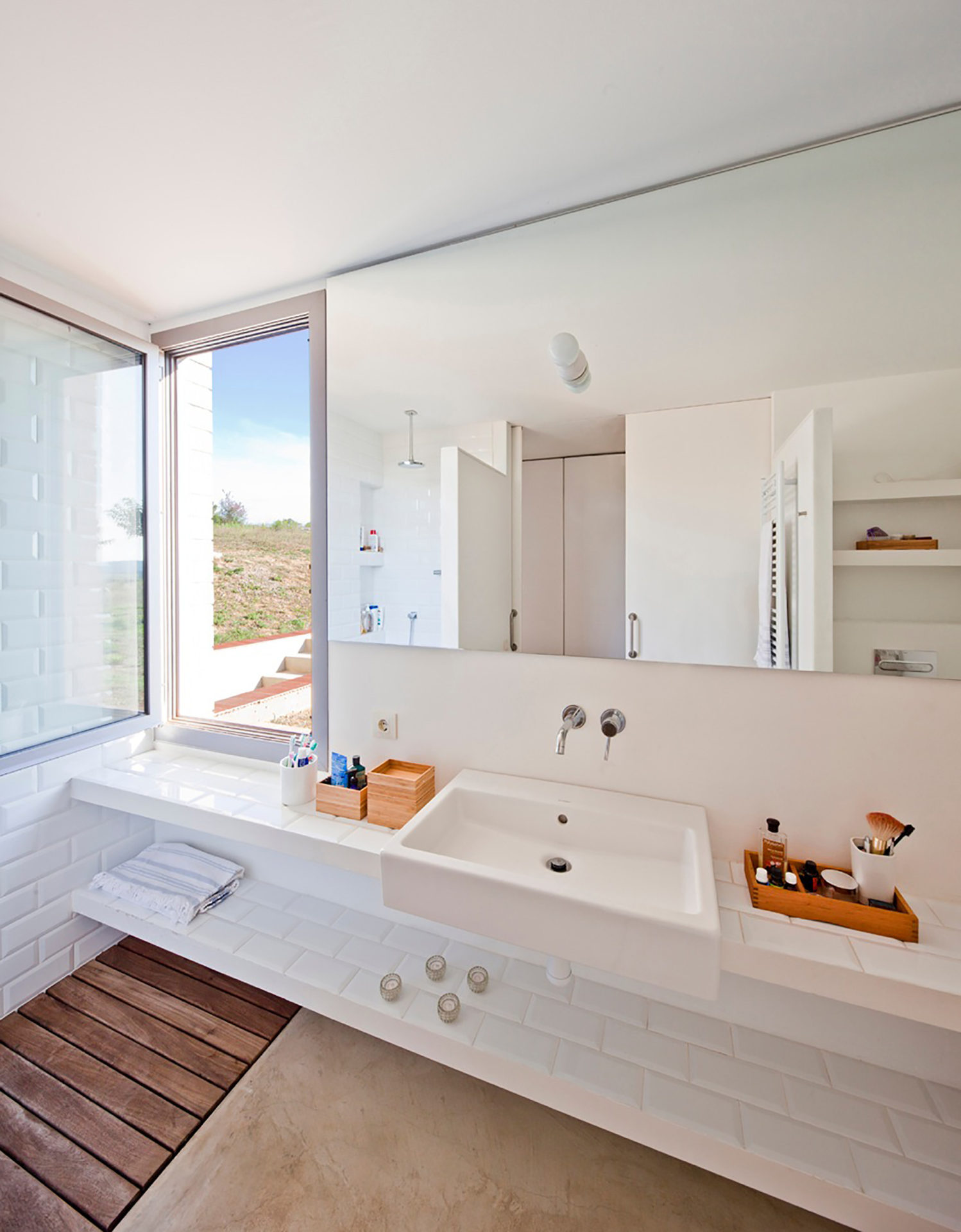 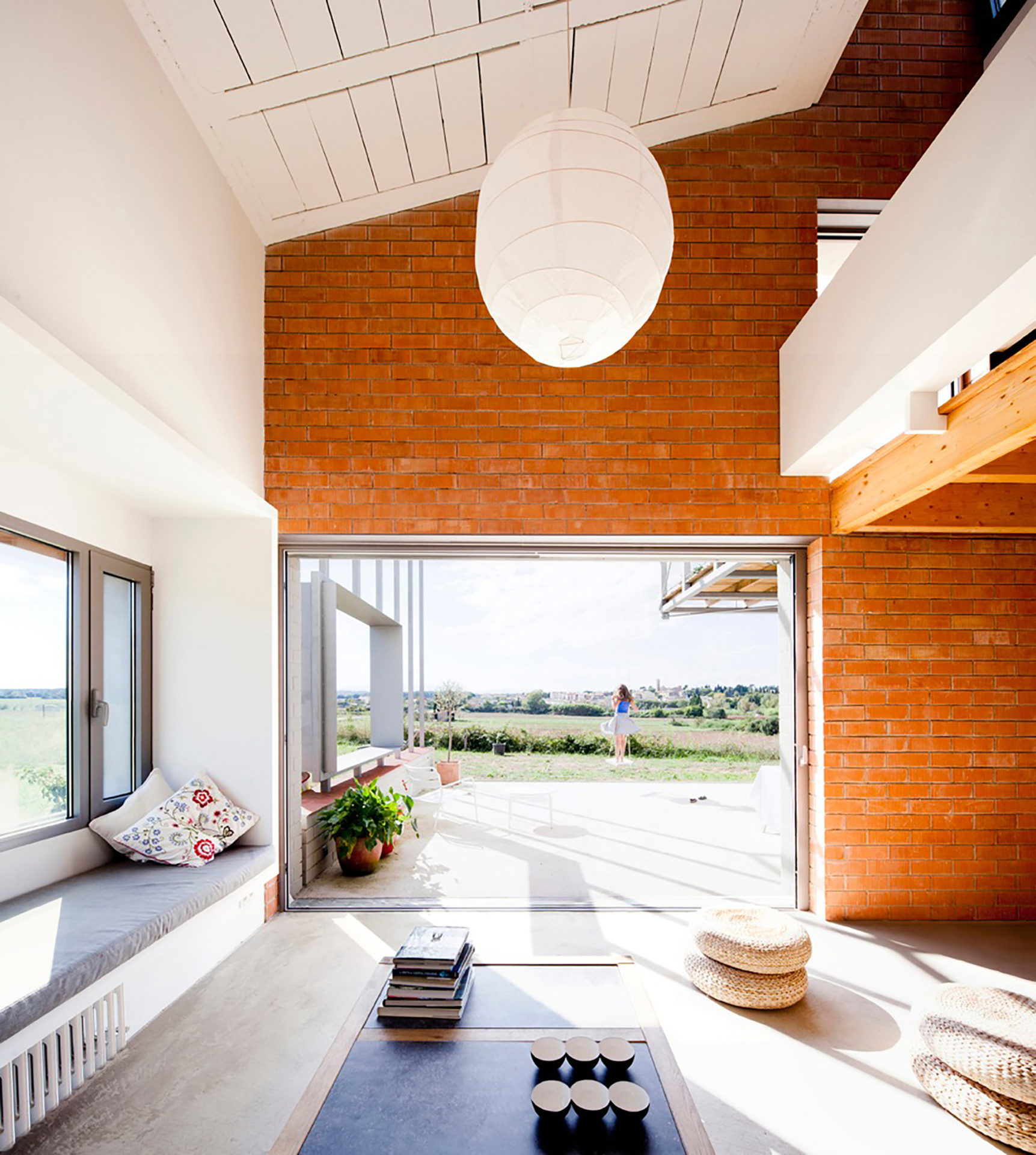 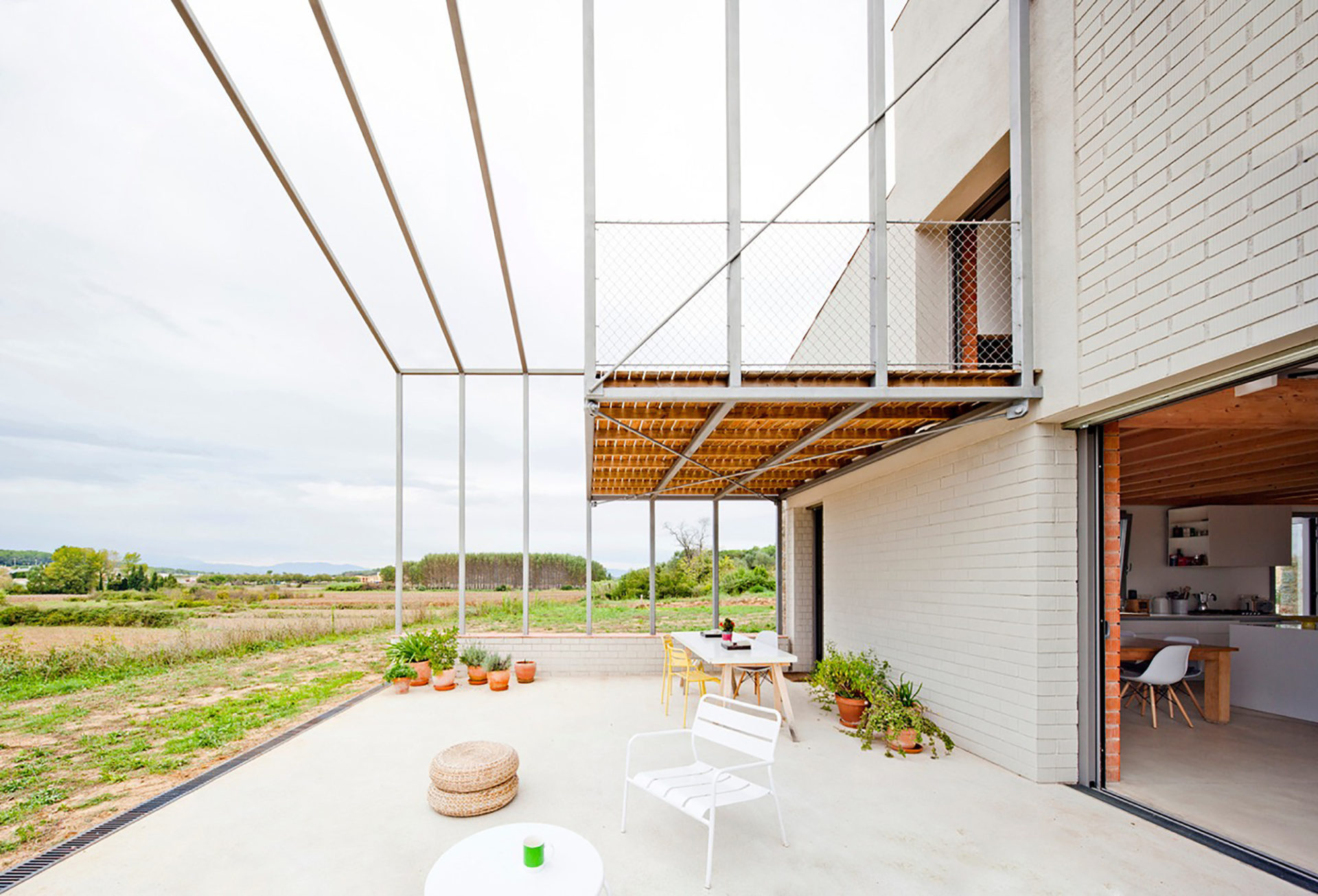 The MMMMMS house is placed at the outskirts of Camallera, in a recent development area facing the village. Due to the location, the house is openly visible from the village.

The local building regulations are straightforward, specifying mere general characteristics for the new houses, such as stone cladding, or sloped roofs with “arab” tiles. The main aim of these regulations is to lead new buildings to look like old rural houses, the so called Catalan “masias”.

The aim of the project was not to think of the “masia” as an isolated building, but as one that makes sense in a rural landscape and on the agricultural land. The traditional Catalan house would not make sense without its true agricultural context; even less when there are 20 similar houses in an area of just 10 hectares.

Therefore, rather than portraying a traditional rural house, the project looks for another type of a relationship to the countryside, making a connection to the farm storages around this area.

The spatial organisation of the house follows the logic of a warehouse, generating a large volume within which smaller units are placed, to offer intimacy. Bedrooms, kitchen and bathrooms are placed in “boxes” inside the “storage”. Between these, crossed views and circulations offer direct relationships to the landscape around the house.

The circulation space inside the house can be understood almost as an exterior space, while the boxes, are places for being “inside”. The height of the common spaces, and their direct relationship with the outside, make you feel as if you were in an open space all the time, enjoying the surrounding landscape and nature.

Following these ideas, the house vanishes at one end. Here the exterior space is under a canopy, which offers shade, views, and a central space for the house, again, outside.

The house has been designed to be a low energy building. For the hot seasons we have planned a system for crossed ventilation via small openings in the façades and north-oriented skylights, which allow very comfortable temperatures without any need for air conditioning. For the winter, the house has increased wall thickness and insulation, and the heating is provided by a high performance wood-chip heater, which is connected to solar panels, also supplying hot water.

The rainwater is collected under an underground water tank, which provides “grey” water for the garden and toilets. All the materials for the construction are sourced from local producers and suppliers. 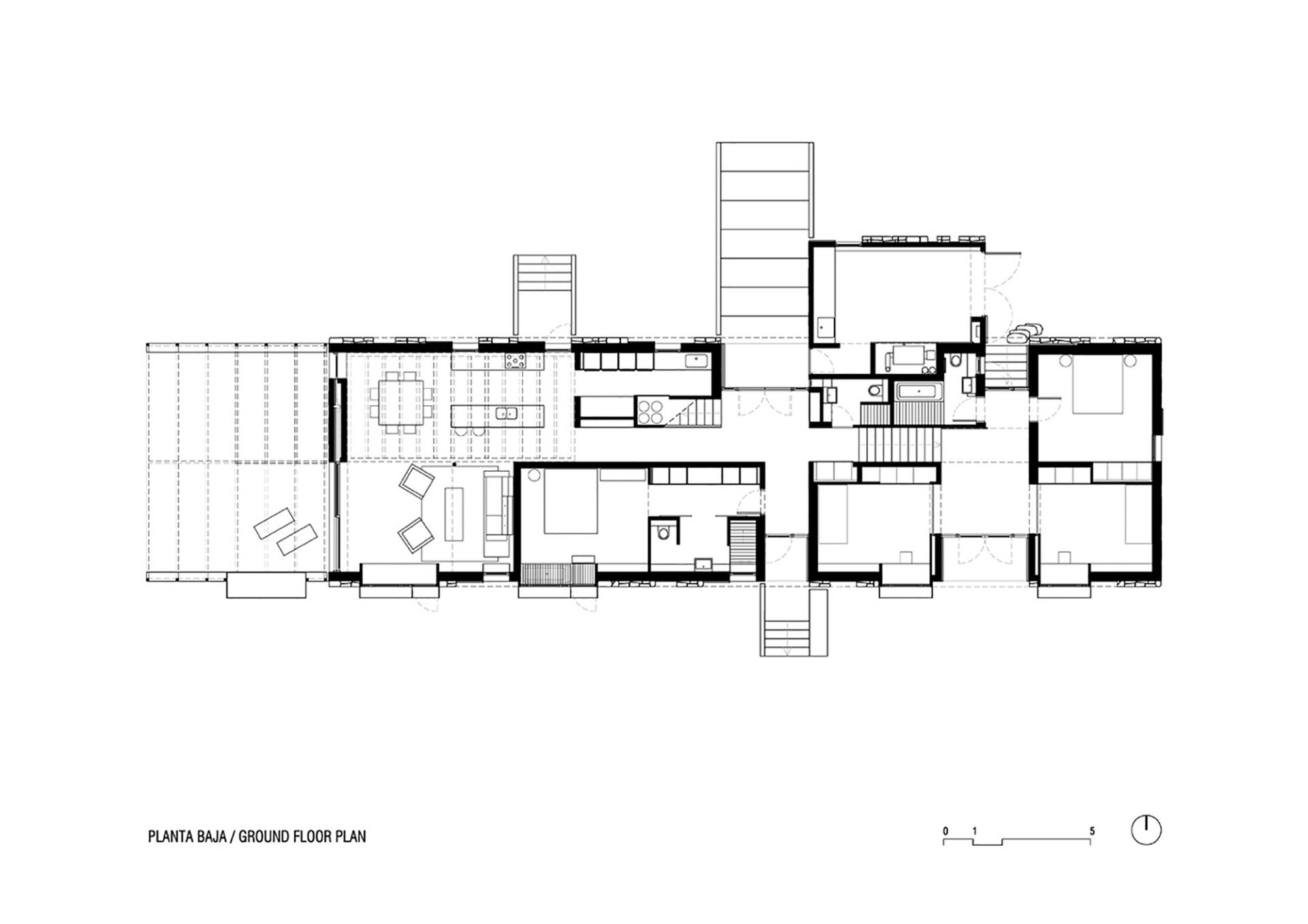 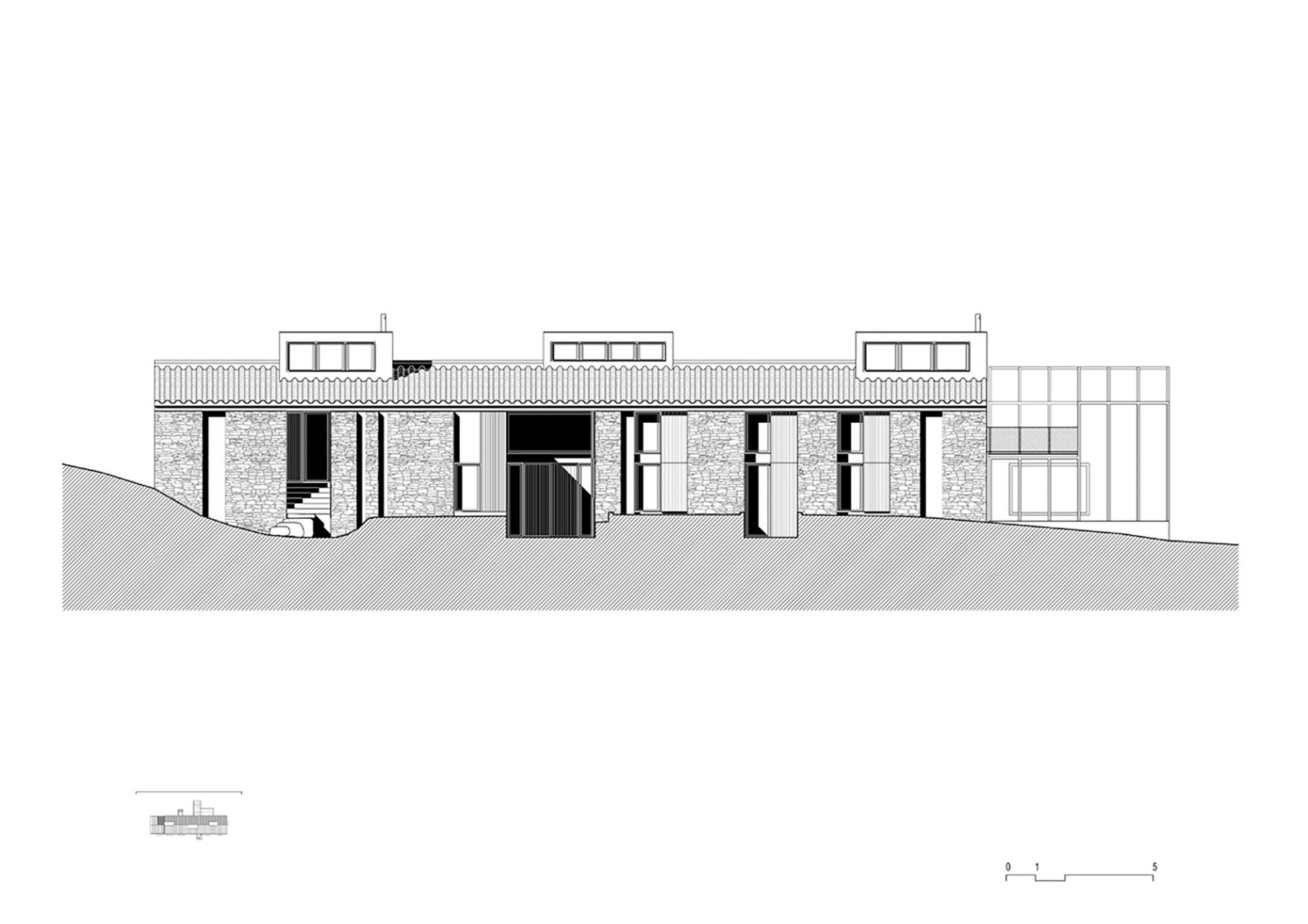 How to Build Your Dream House on a Budget