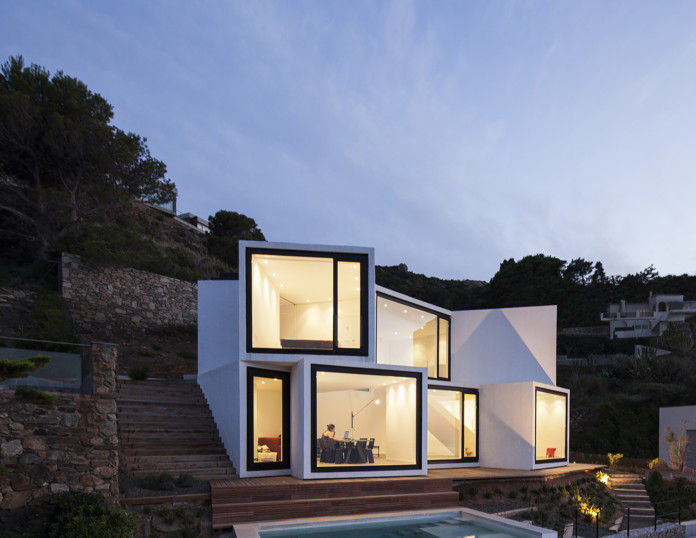 The Sunflower House was designed by Cadaval & Solà-Morales and is located in one of the most picturesque regions in Spain, namely El Port de la Selva, Girona. It was finished in 2014 and benefits from staggering panoramas of the mountains and of the sea, panoramas that can be enjoyed from almost every room. It boasts 2,690 square feet of living space and is exposed to some of the strongest winds of the peninsula, Tramuntana, which can reach speeds of up to 111 mph. 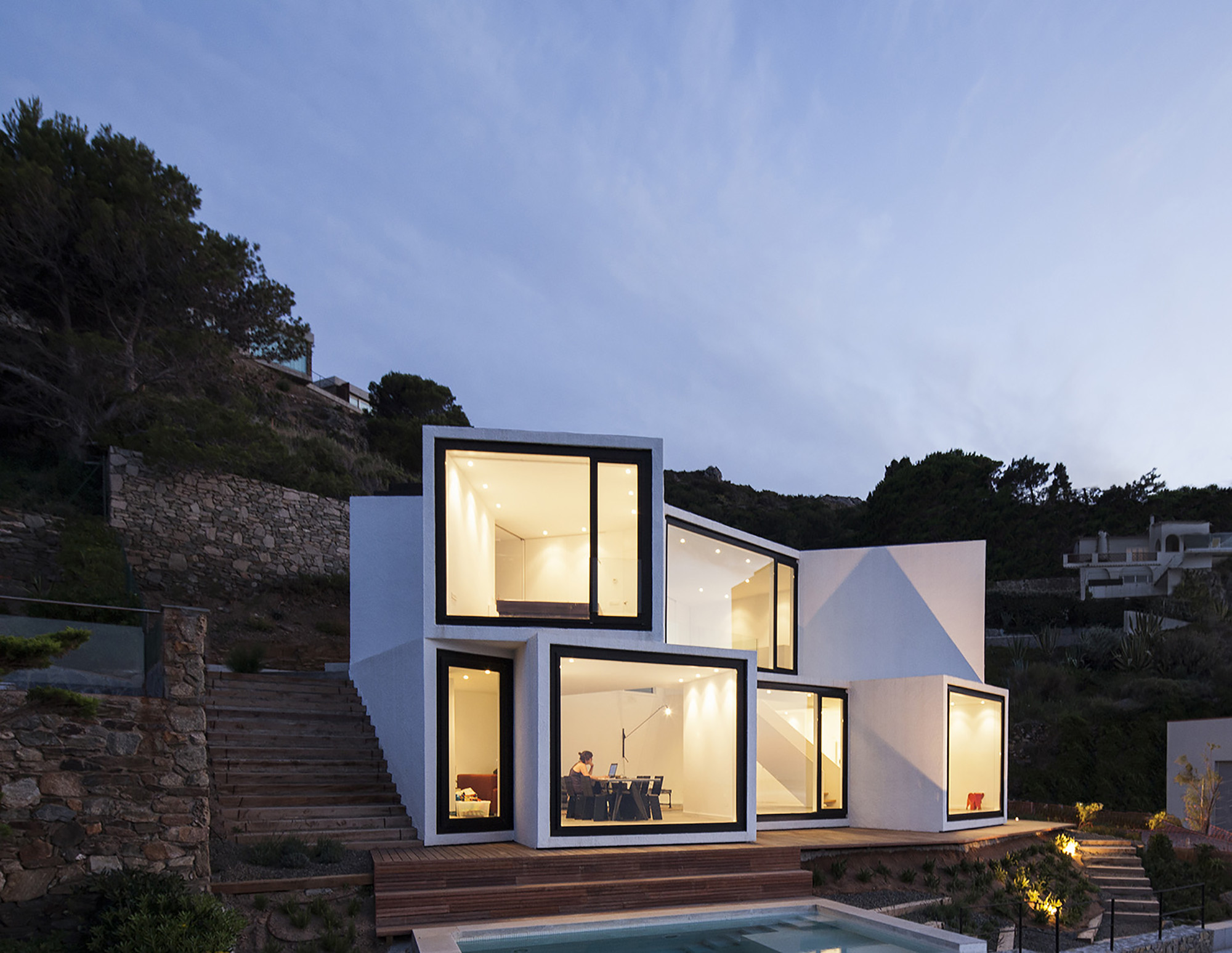 Moreover, the plot receives little to no direct sun radiation, which is why the architects needed to implement a large solar collector that brings heat and light into the abode, much like a very large sunflower. The composition of the volumes helps create a rear patio that is protected from the strong winds and is orientated to provide utmost solar radiation inside the home. 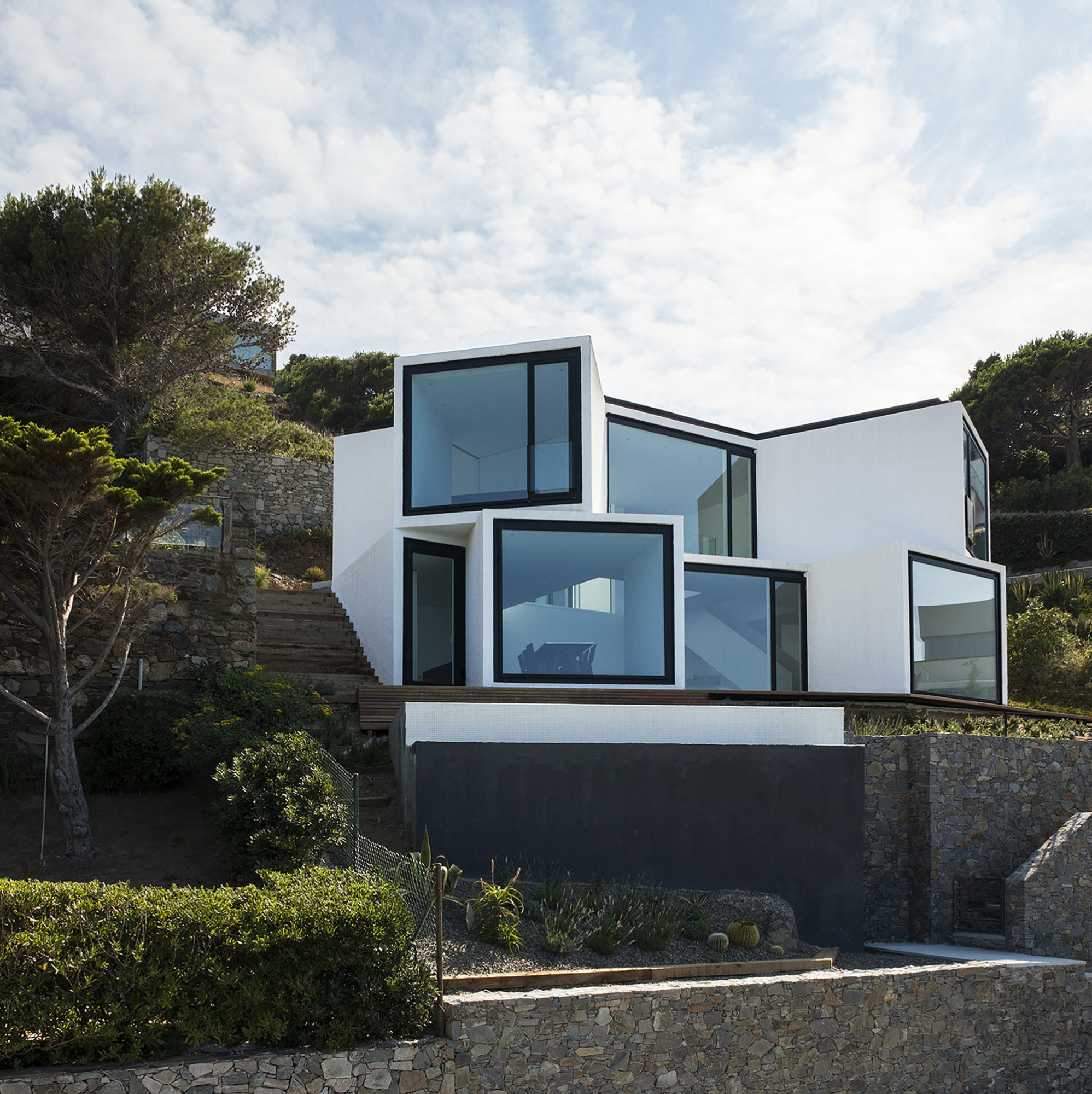 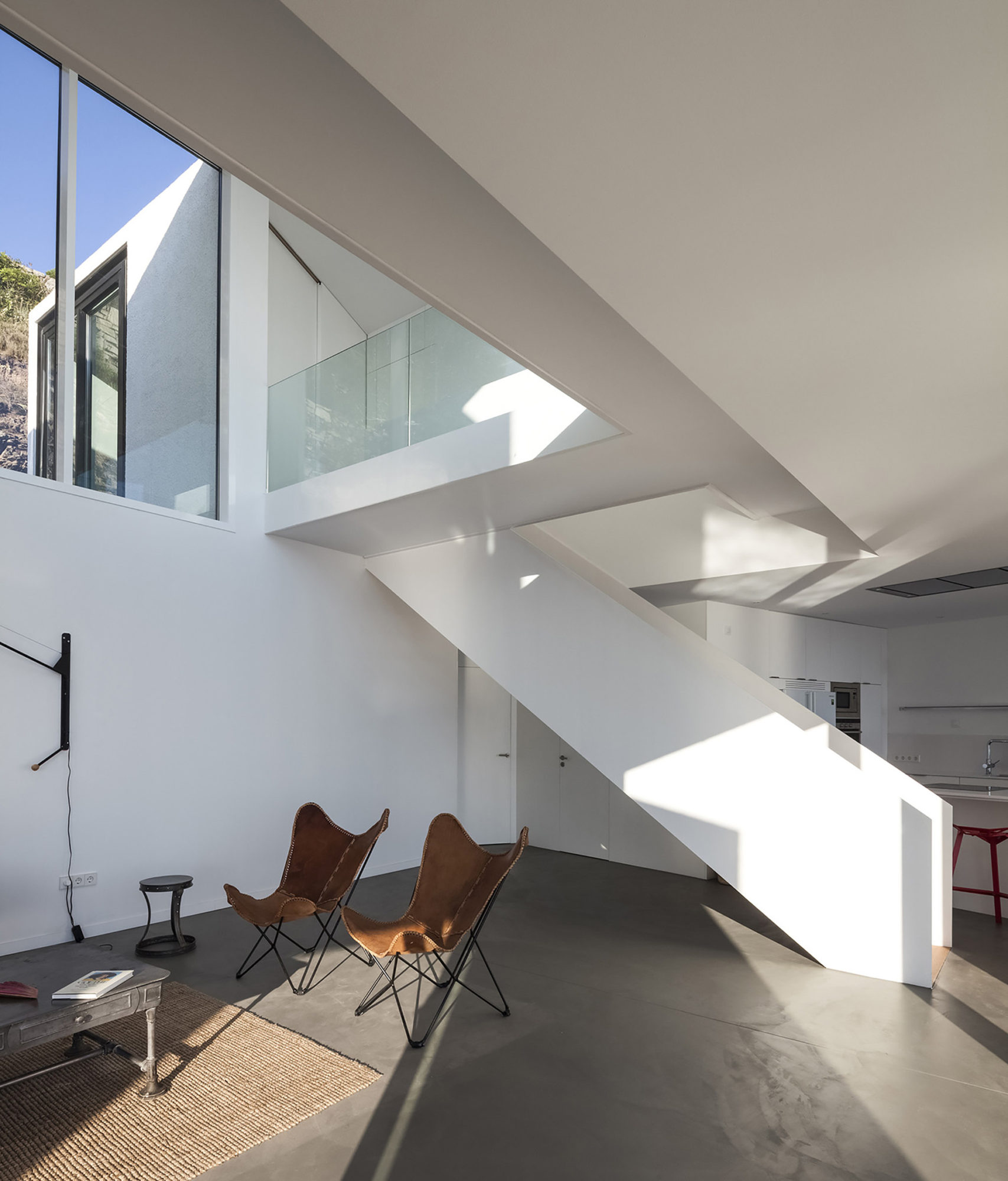 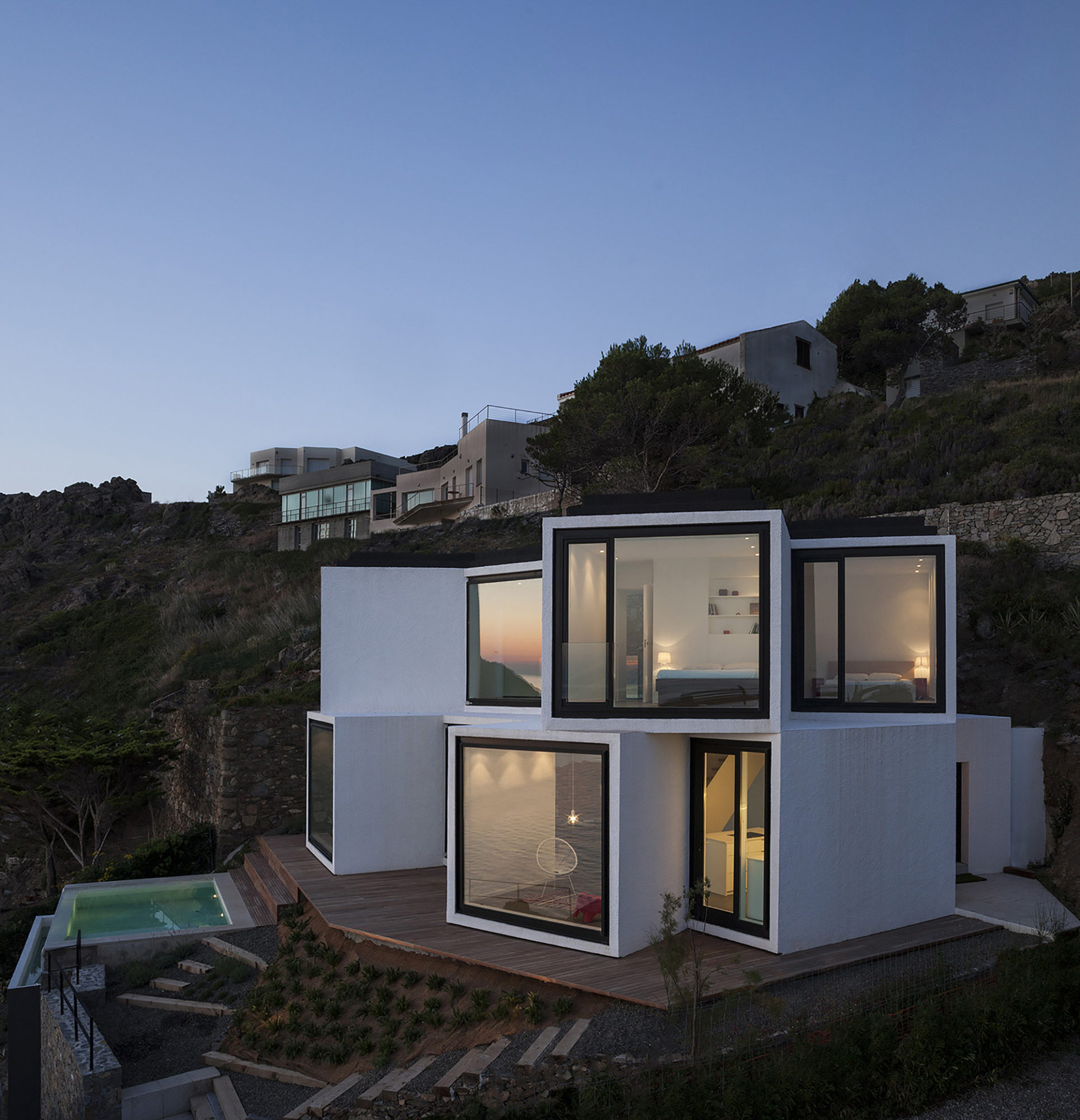 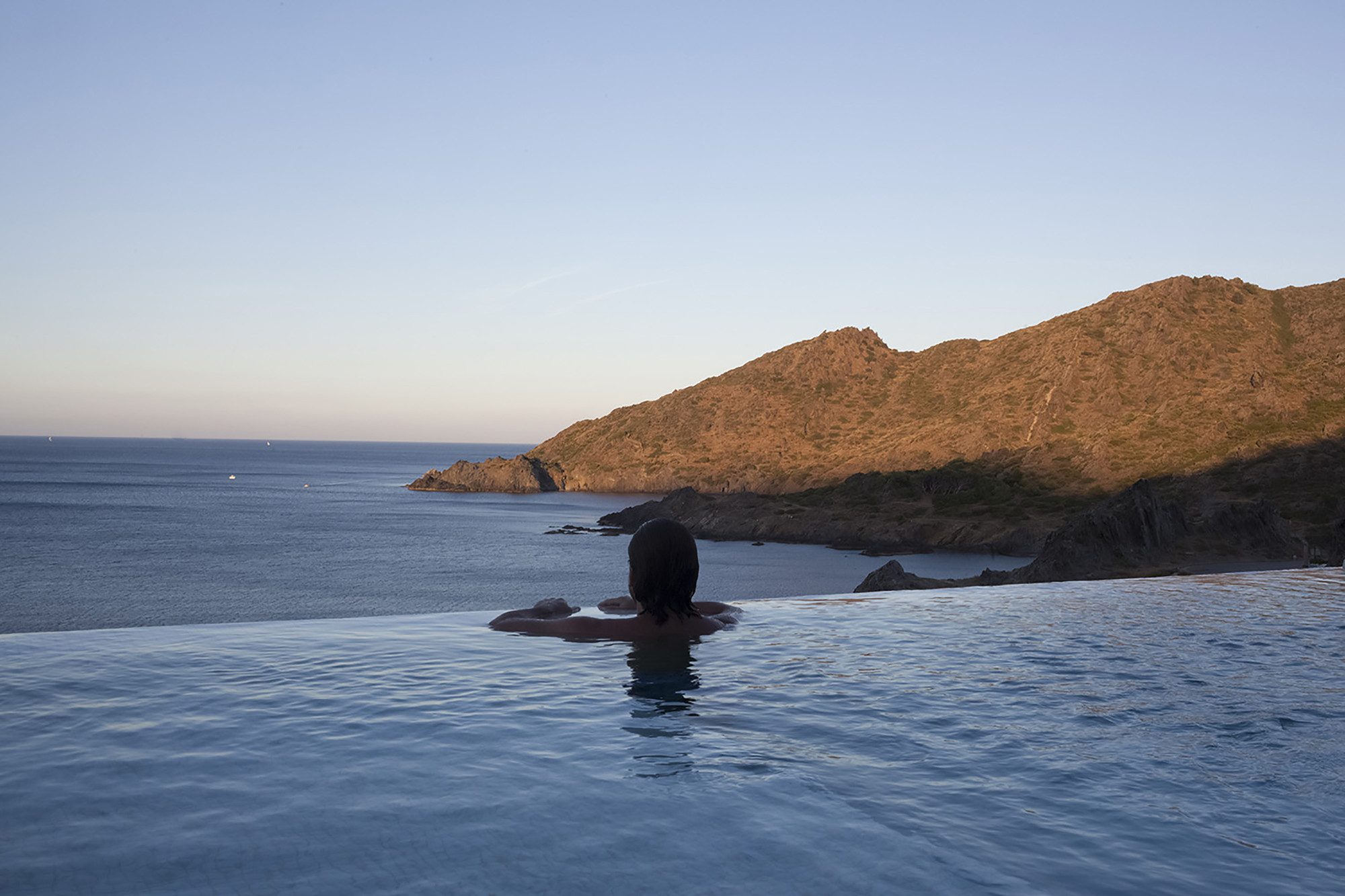 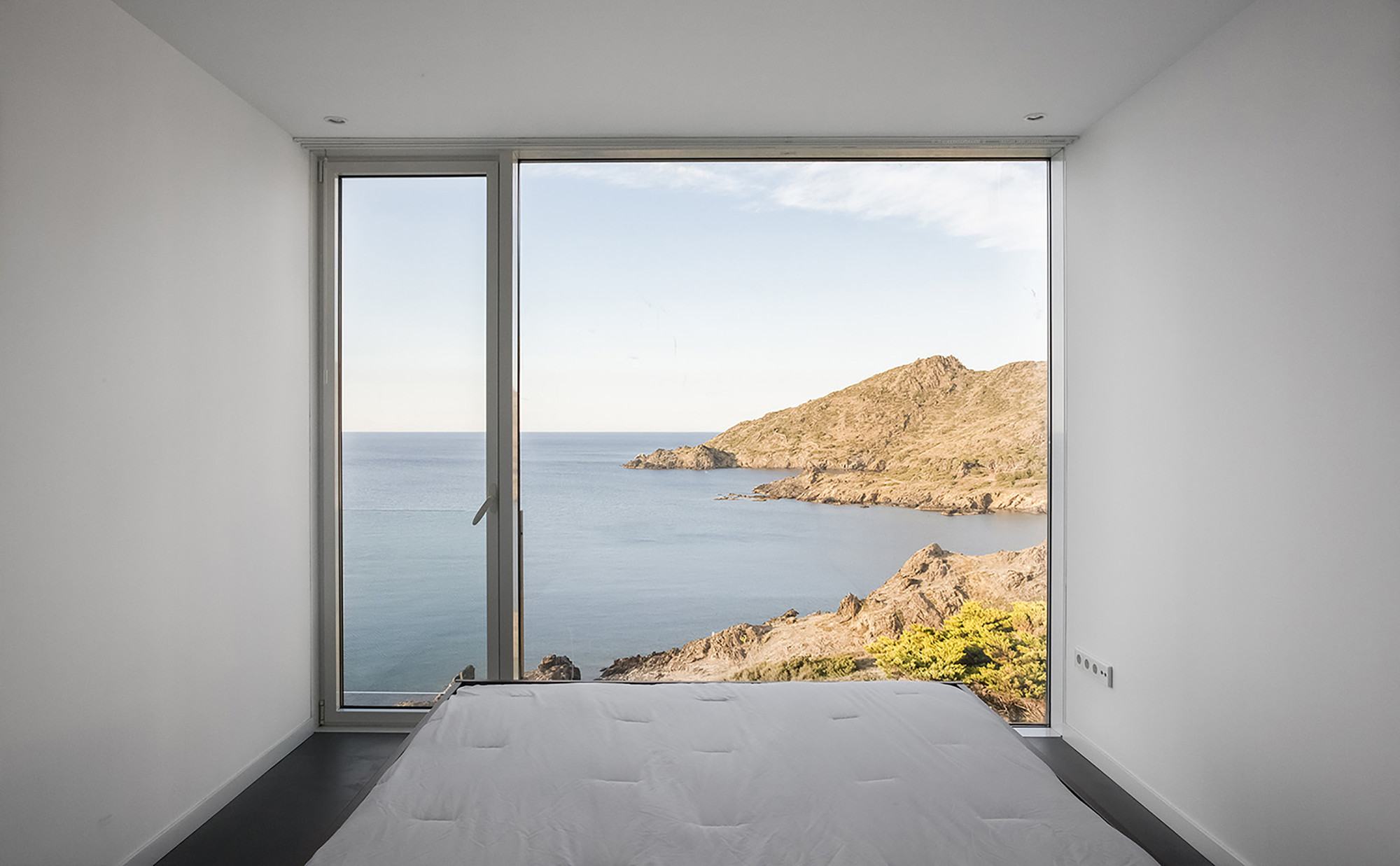 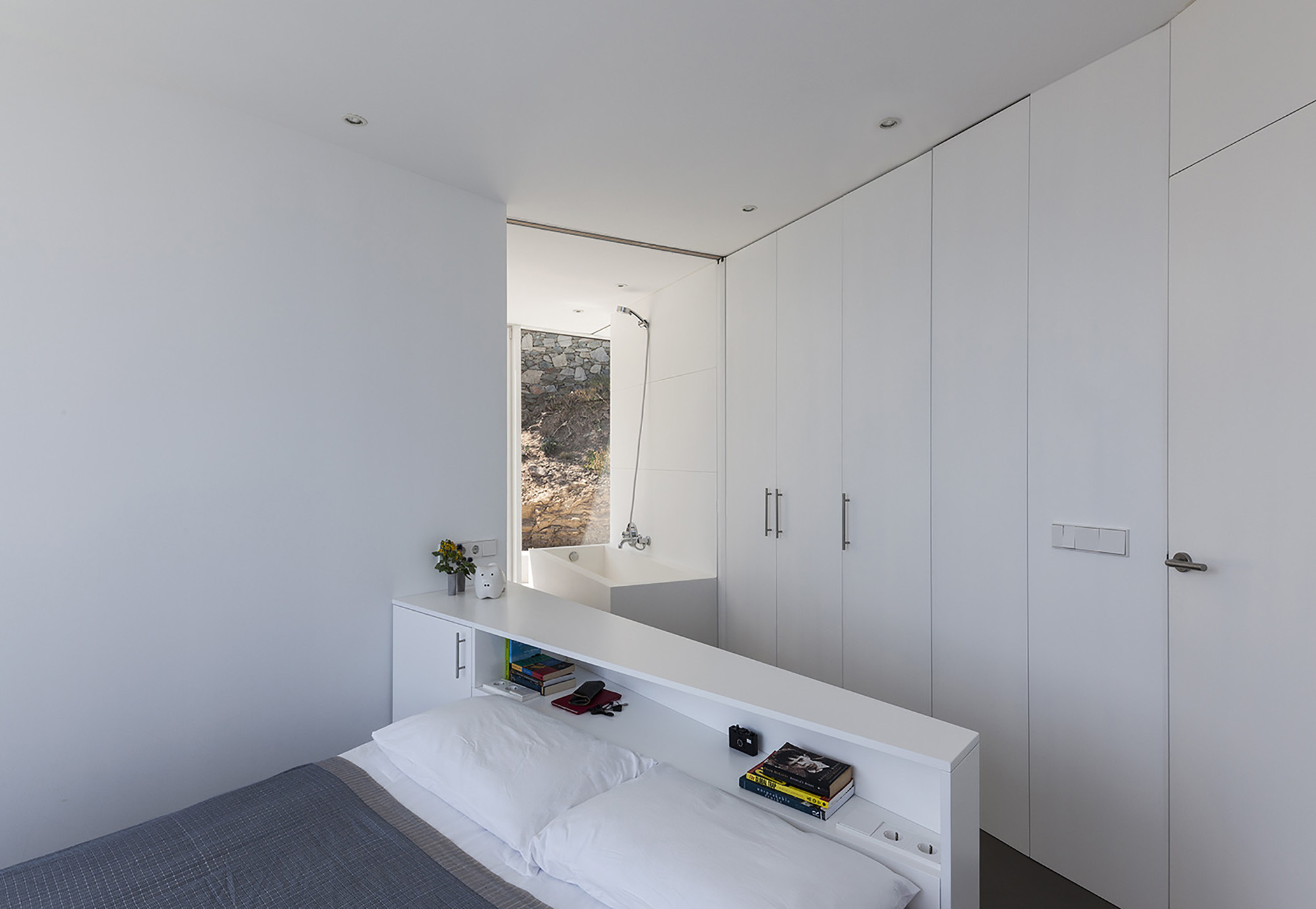 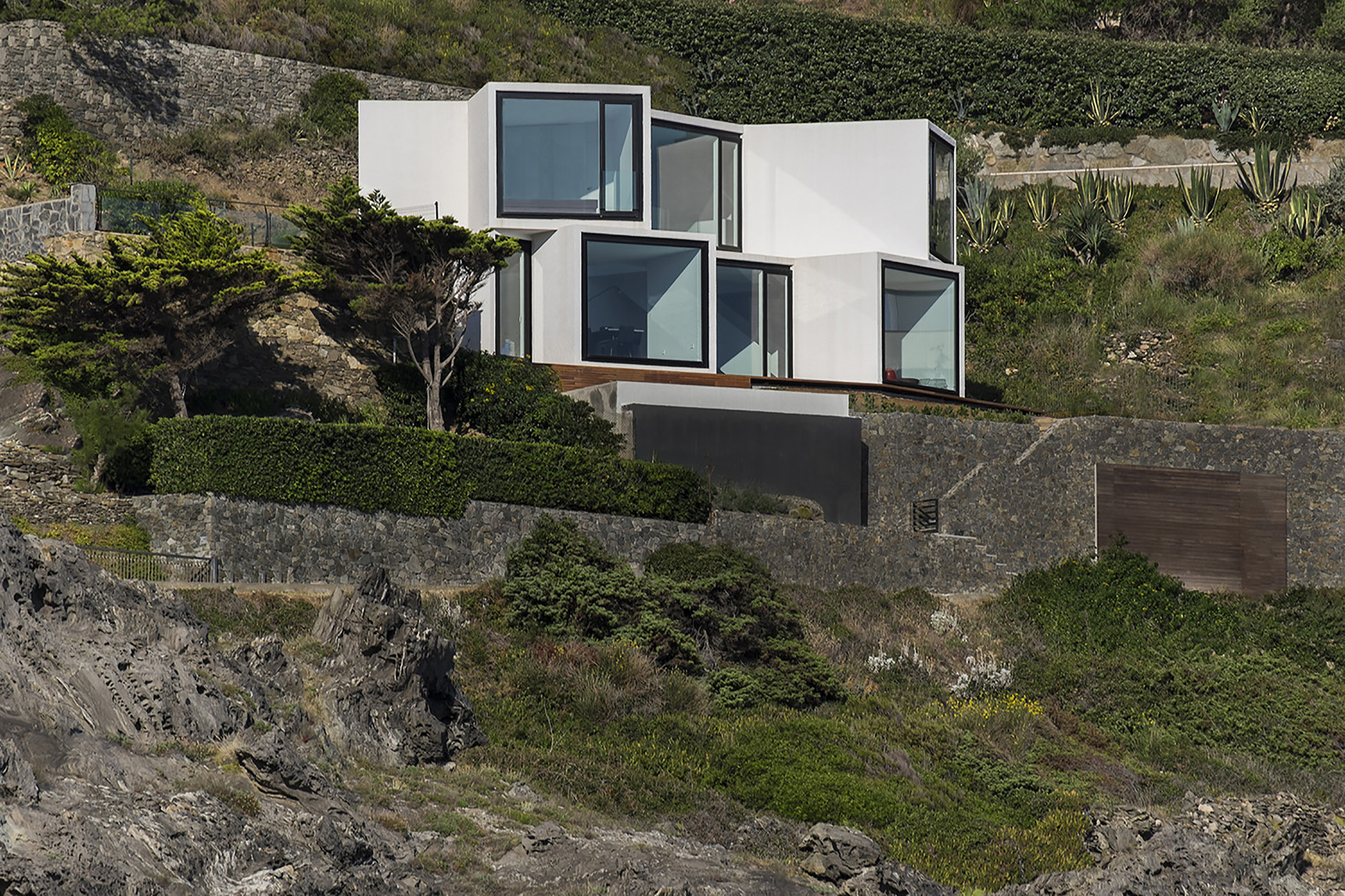 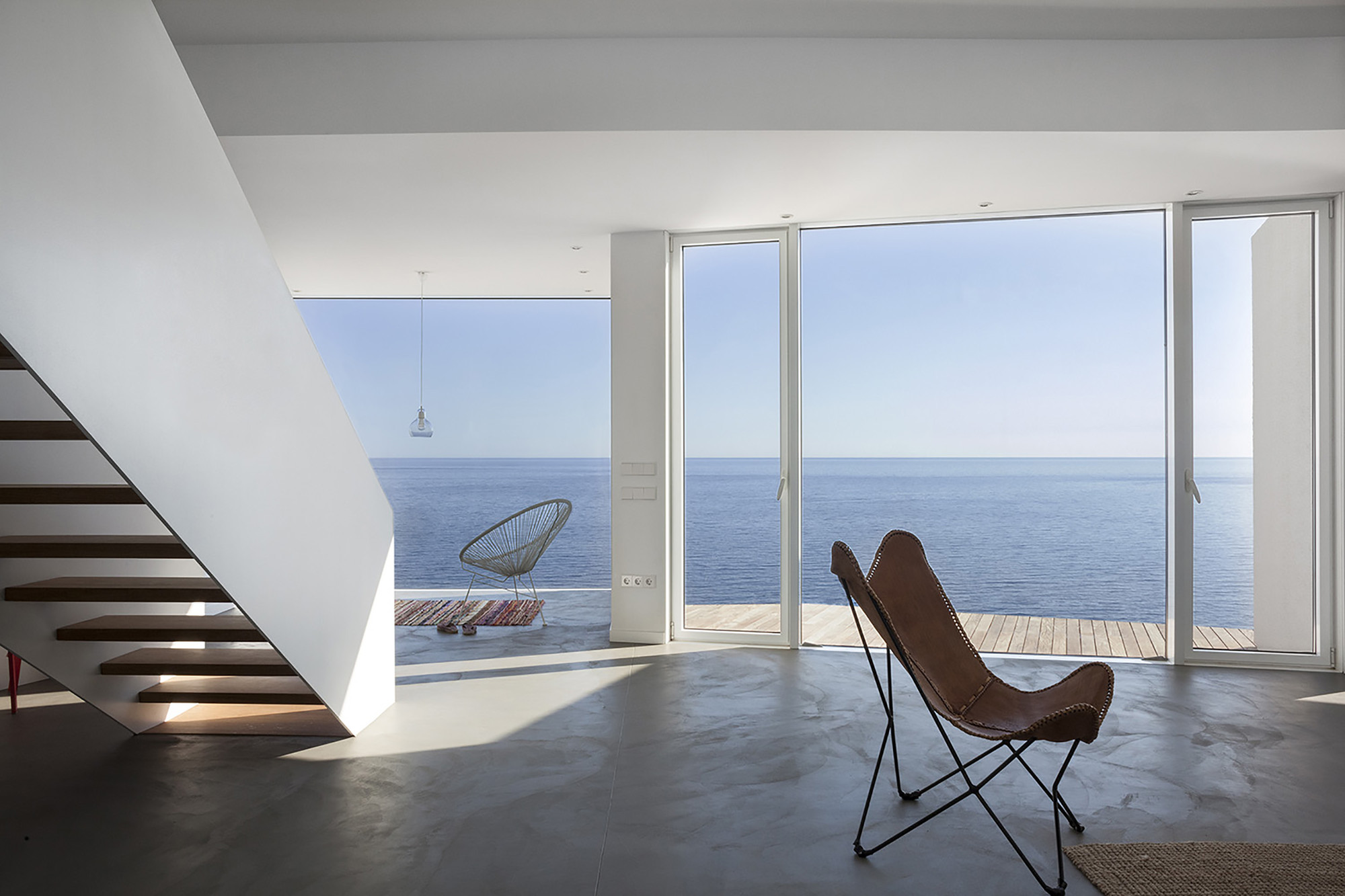 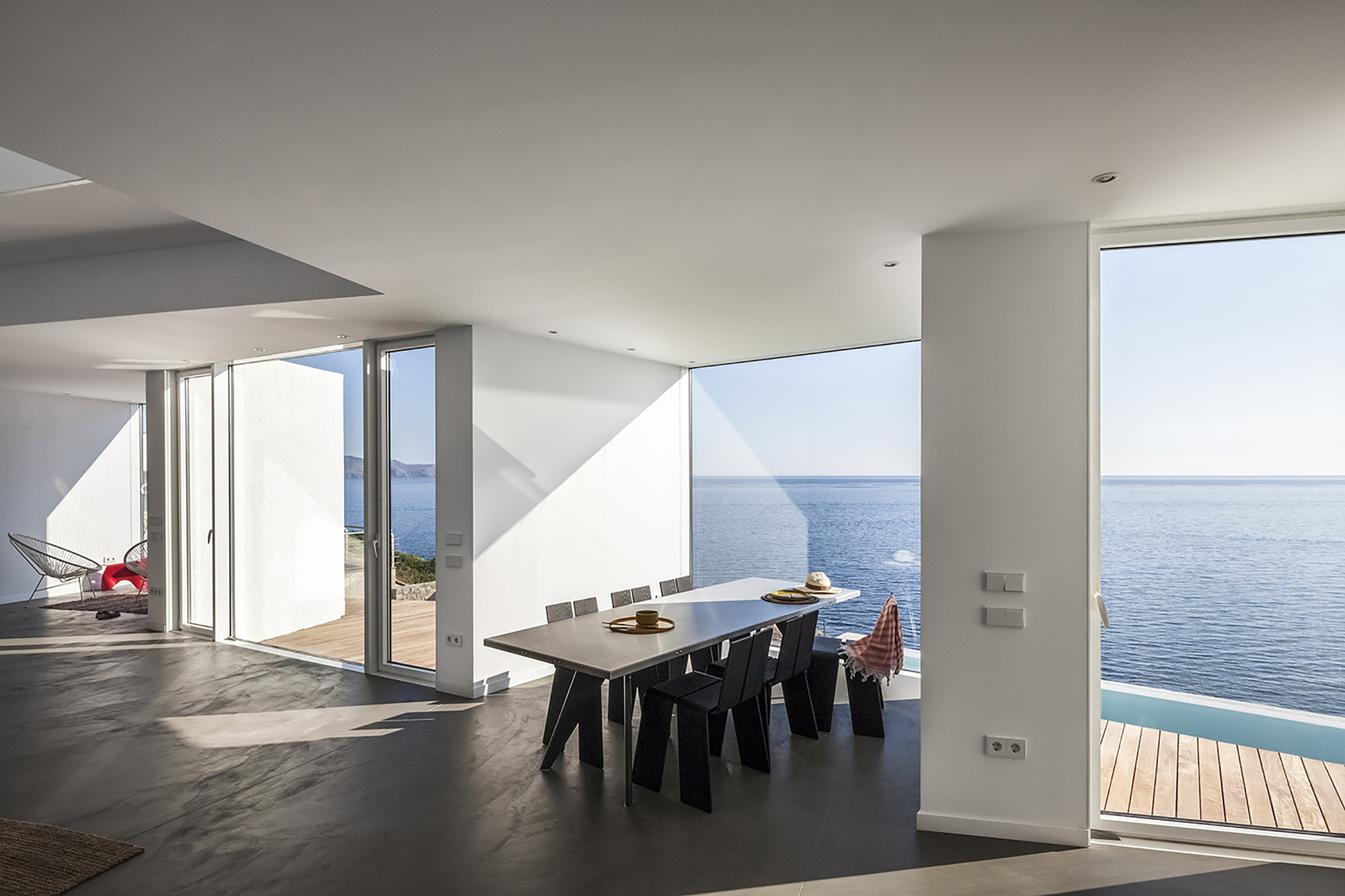 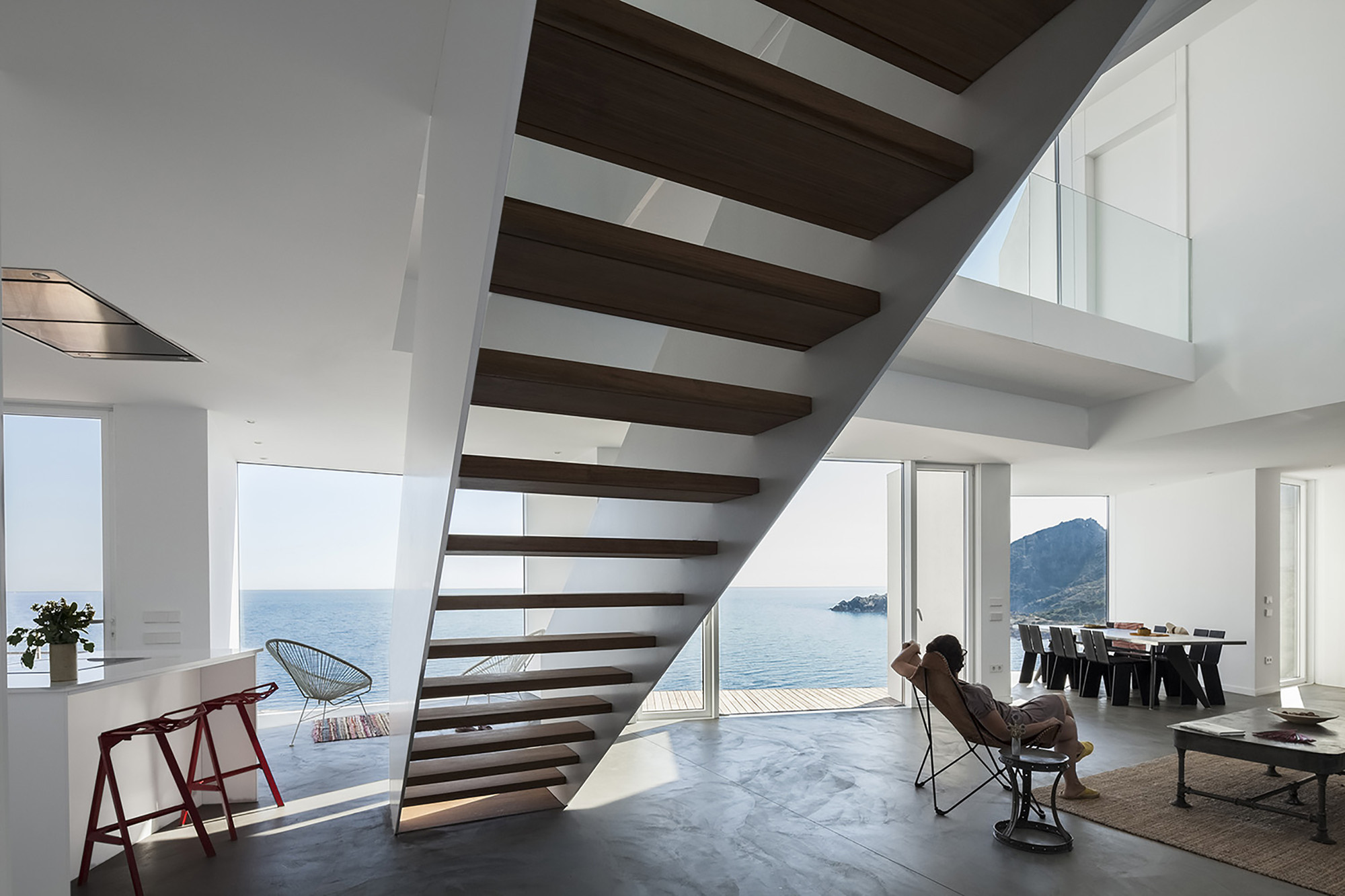 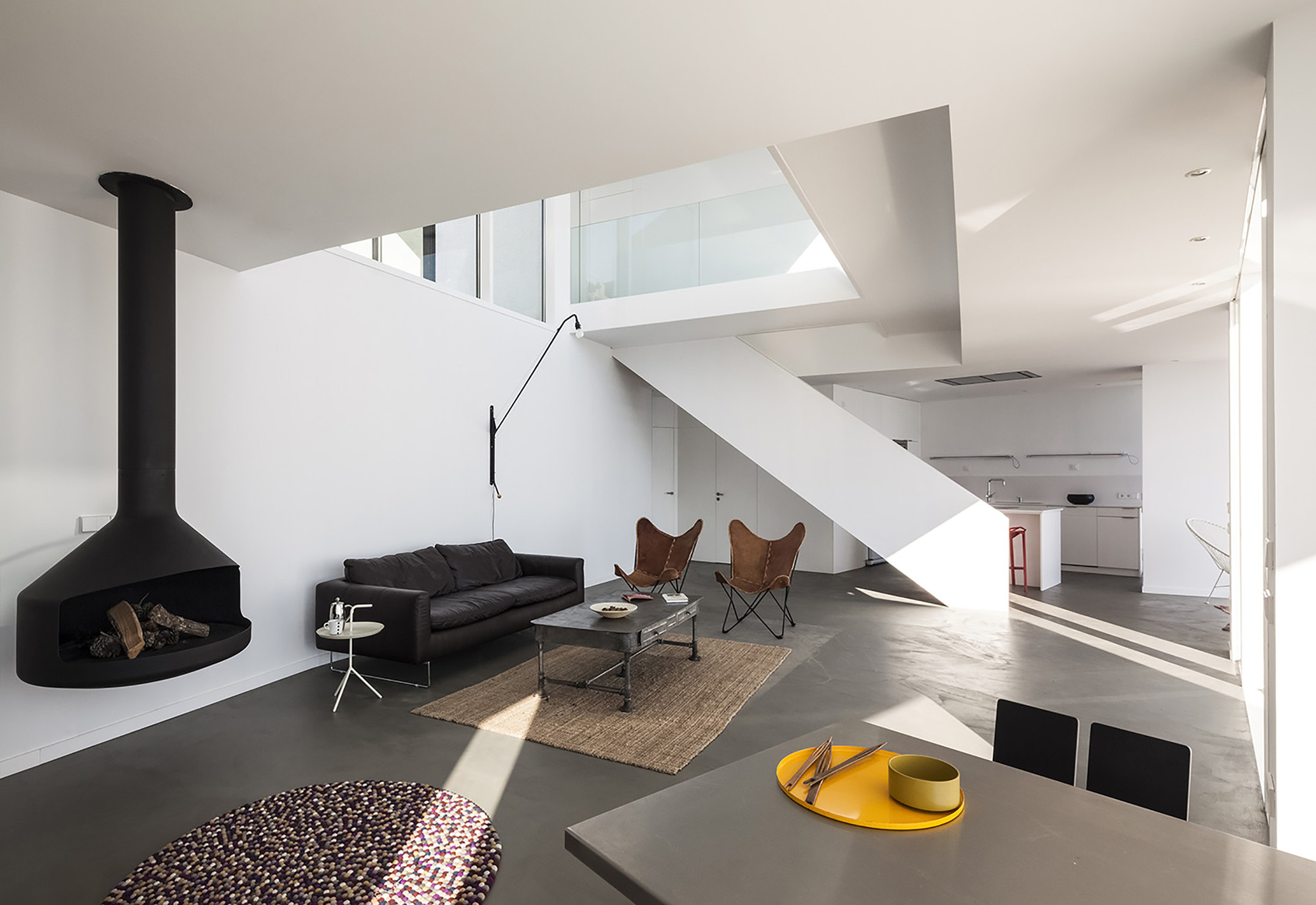 The Sunflower house sits on a privileged condition of limit; in the border within the water of the Mediterranean sea and the hard rock of the Costa Brava, between the wild nature of Cabo de Creus and the urban settlement of El Port de la Selva, a small fisherman village in the border of France and Spain. A place where the Pyrenees get into the water, generating an exceptional wildlife richness, both in the coast and in the water. The house wants to identify each of the particularities of this magnificent landscape; with its geometry, the house frames a multiplicity of different and specific views, and builds up content spaces that inhabit great big framed views.

Mel and Geoff wanted a house in front of the Mediterranean sea that was fully exposed to the views; but they never imagined that their plot, beyond its closeness to the sea, was tremendously exposed to one of the strongest winds of the peninsula ( the Tramuntana, up to 180 Km/h at this point), and did almost not get any direct sun radiation. So the project starts from this dichotomy: reinforce the relation to the sea, while finding and attracting the sun into the house.

The frontal view from the site is impressive, from France to the Natural Park of the Cabo de Creus, and always the immensity of the open sea right in front of it; the rocks, and a ever changing sky that changes constantly its texture due to the wind.

The project breaks down the panoramic view into the addition of many different conditions; the diverse uses of the house are minced and articulated so that each of them (of small dimensions) is positioned frontally to the diverse landscape conditions previously enumerated. Therefore the project is an addition of small units that each frame a differentiated view, and it is within the transition from one unit to the other where the totality of the panoramic view is comprehended. And it is also in the addition of those units where a major open space is generated, the central space of the house.

The house is also a big solar collector, a mechanism to bring light and heat into the house; like a giant sunflower. The composition of the volumes responds to the generation of a rear patio that enables the sun radiation into the living room, to heat the hole house up. This patio, protected from the Tramuntana through the construction itself and oriented to ensure maximum radiation inside the house, is also an outdoor living area where to stay when Tramuntana is hitting the area. Even more, the sequence of two major glazing enables the view of the sea from this back rear patio, while seating within the rocks and local vegetation.

The segmentation into small units is a programmatic decision that has little impact on the actual experience of the place. Each of this cubes is defined through a solid continuous perimeter that traces a specific relationship with the outdoors; the arrangement of all the individual spaces generates an ensemble that reacts to its not uniform context, opening to the views but protecting itself from neighbors. From the interior the experience of the house is continuous: from any point of the house one feels closely related to the immediate milieu by incorporating one or other view into the numerous spaces.

The strength (and struggle) of the project relies on its geometry. Meanwhile, all the materials used in the construction are typical of the area, from the structure to the outdoor finishes of the walls. Only the glazing, due to the need to respond to the requirements for such strong winds, incorporates thicknesses and technologies more typical of skyscrapers than for single houses. Water, salt, sun. 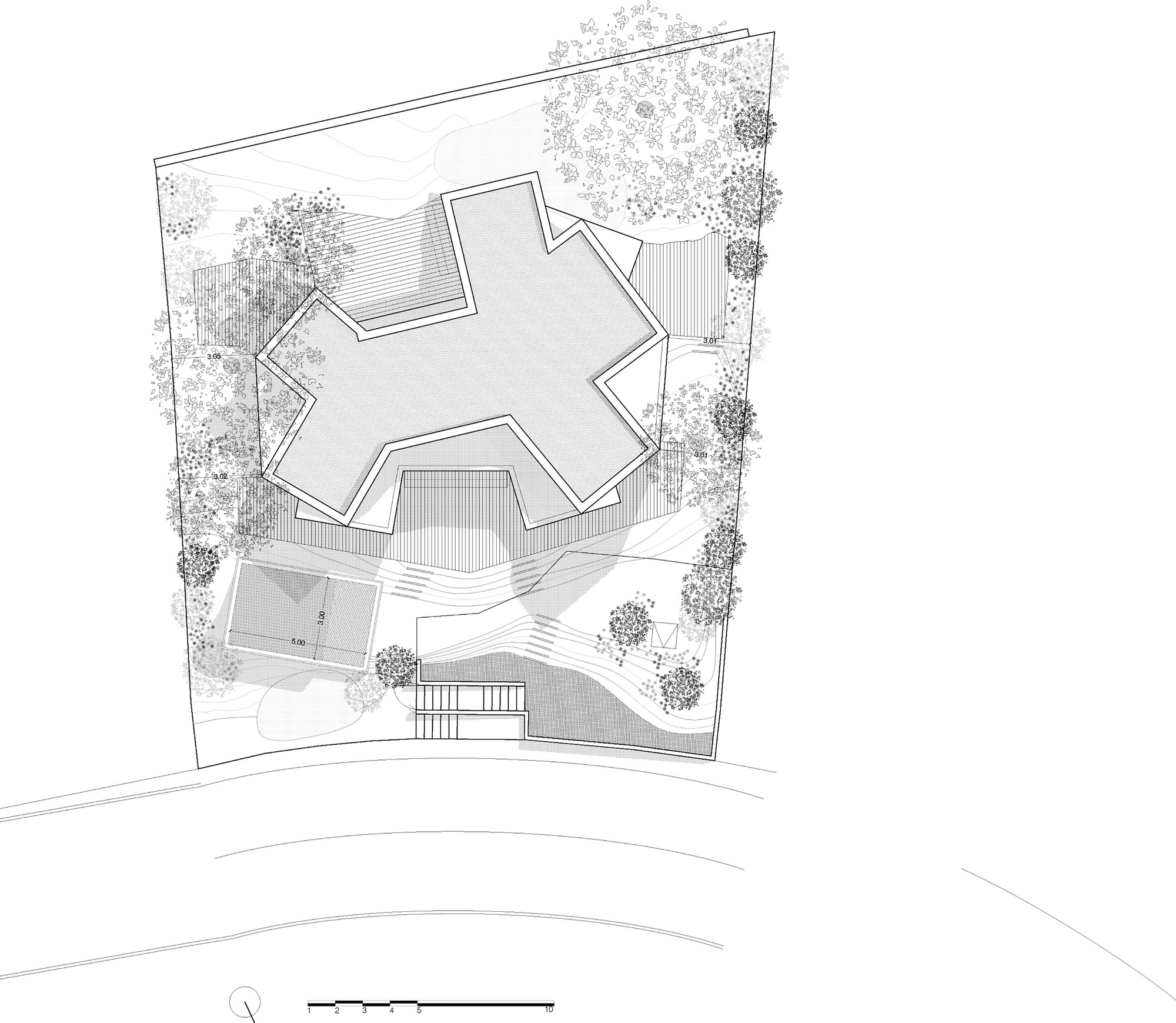 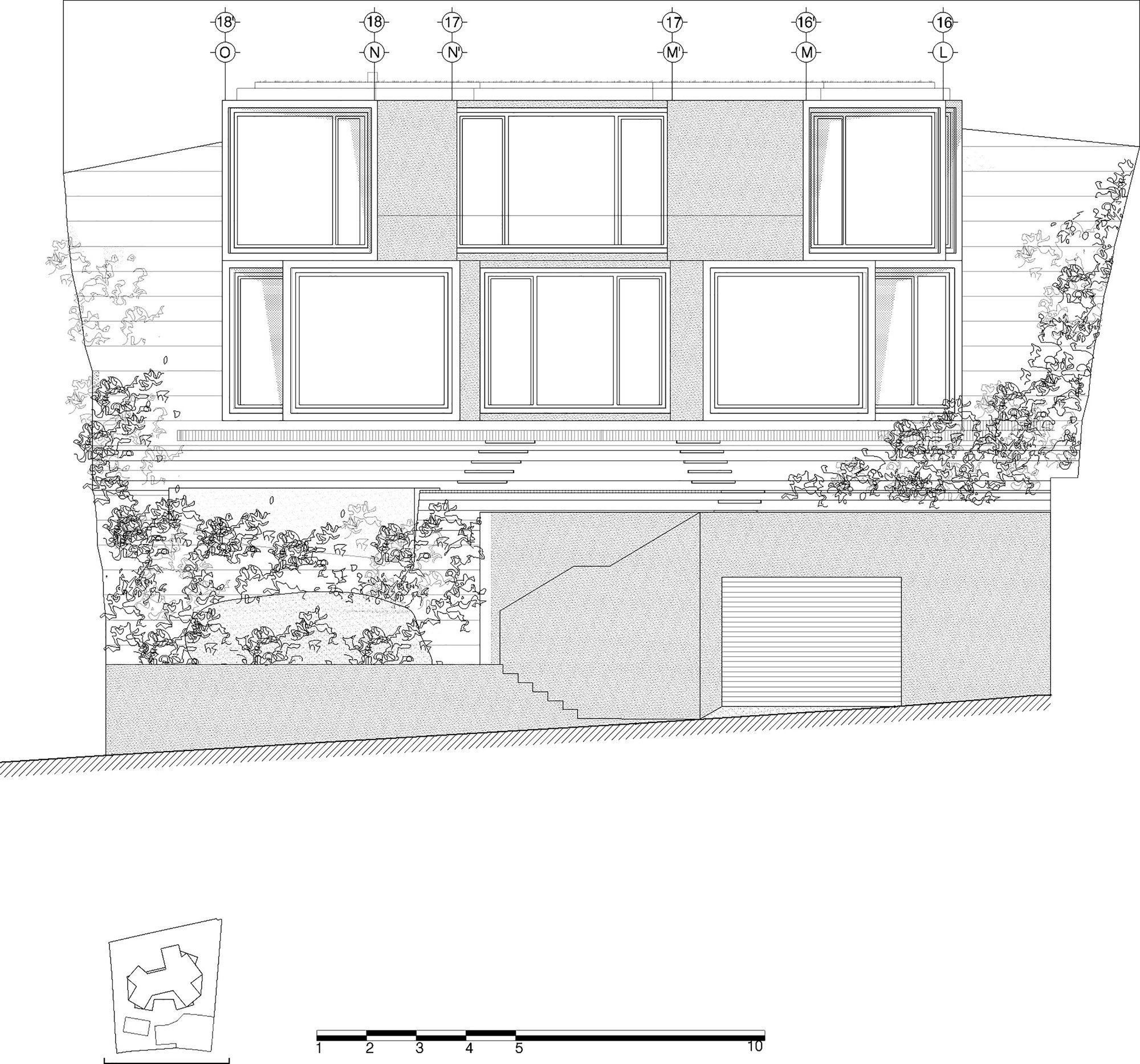 5 Must-Have Items In A Luxury Home

Helpful Guide to Preparing Your Home For Sale