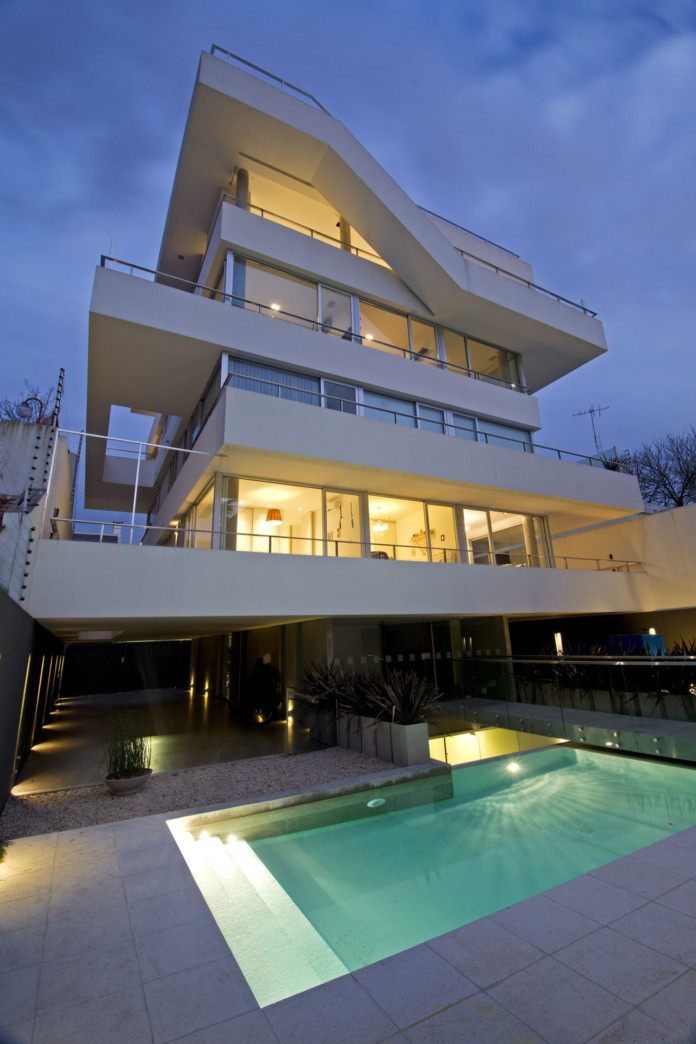 Flaunting 5,349 square feet of space, Pedro Moran 3875 is a residential building that was completed in Villa Devoto, Buenos Aires, Argentina. It was designed by Mizraji Cicchinelli and provides single-family apartments that spread across its entire floors. The project comprises a total of three apartments, two of which occupy the first two floors while the third is a luxurious duplex. Each apartment features three to four bedrooms, and the master bedrooms face towards the back of the building on the first two floors. 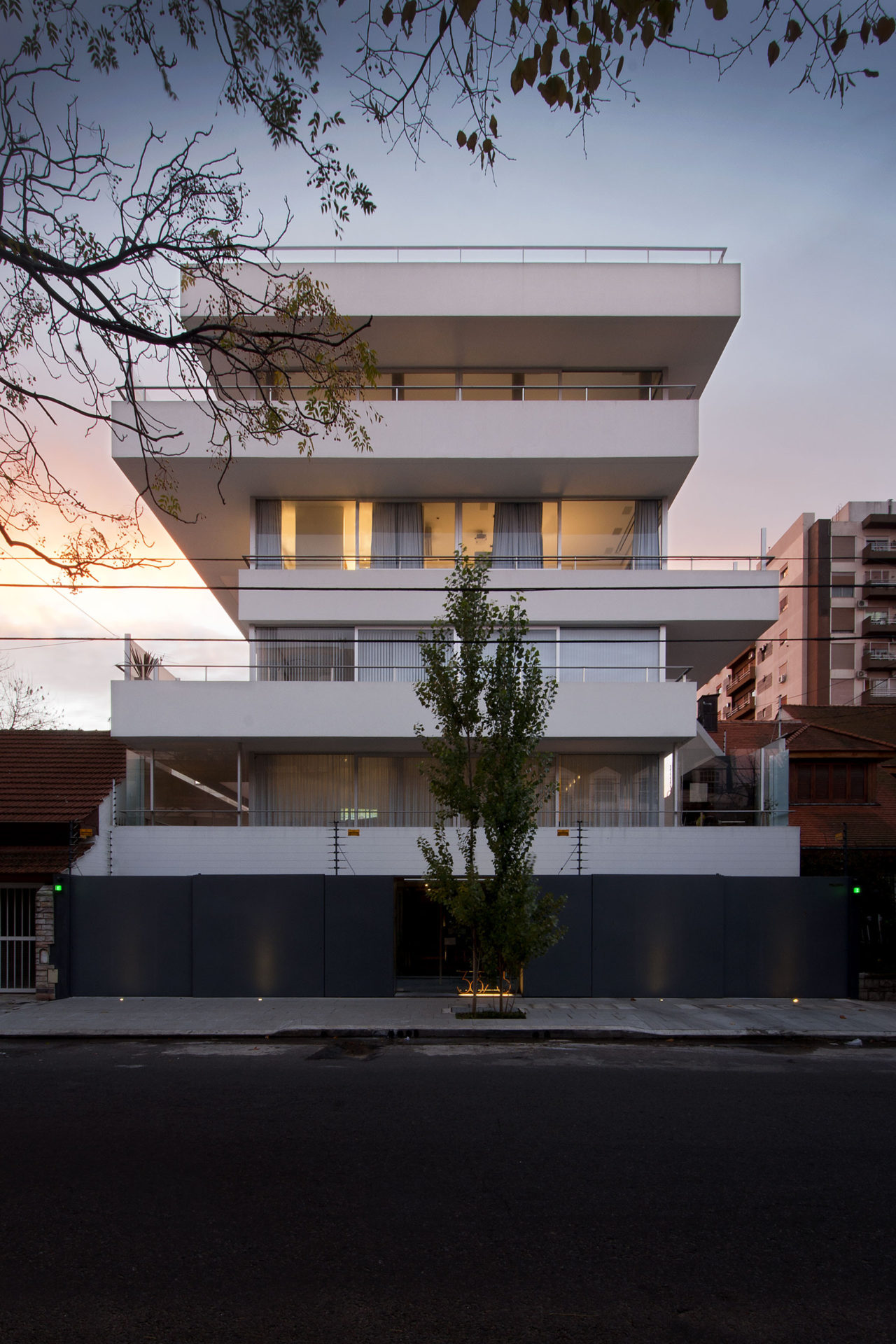 The duplex has its bedrooms on the lower floor, with the secondary ones placed at the rear of the building while the master one faces the front. The upper level includes a living and dining area at the front as well as a barbecue space and an outside staircase at the rear. The building also includes a gorgeous infinity pool that overflows to a sunken courtyard. 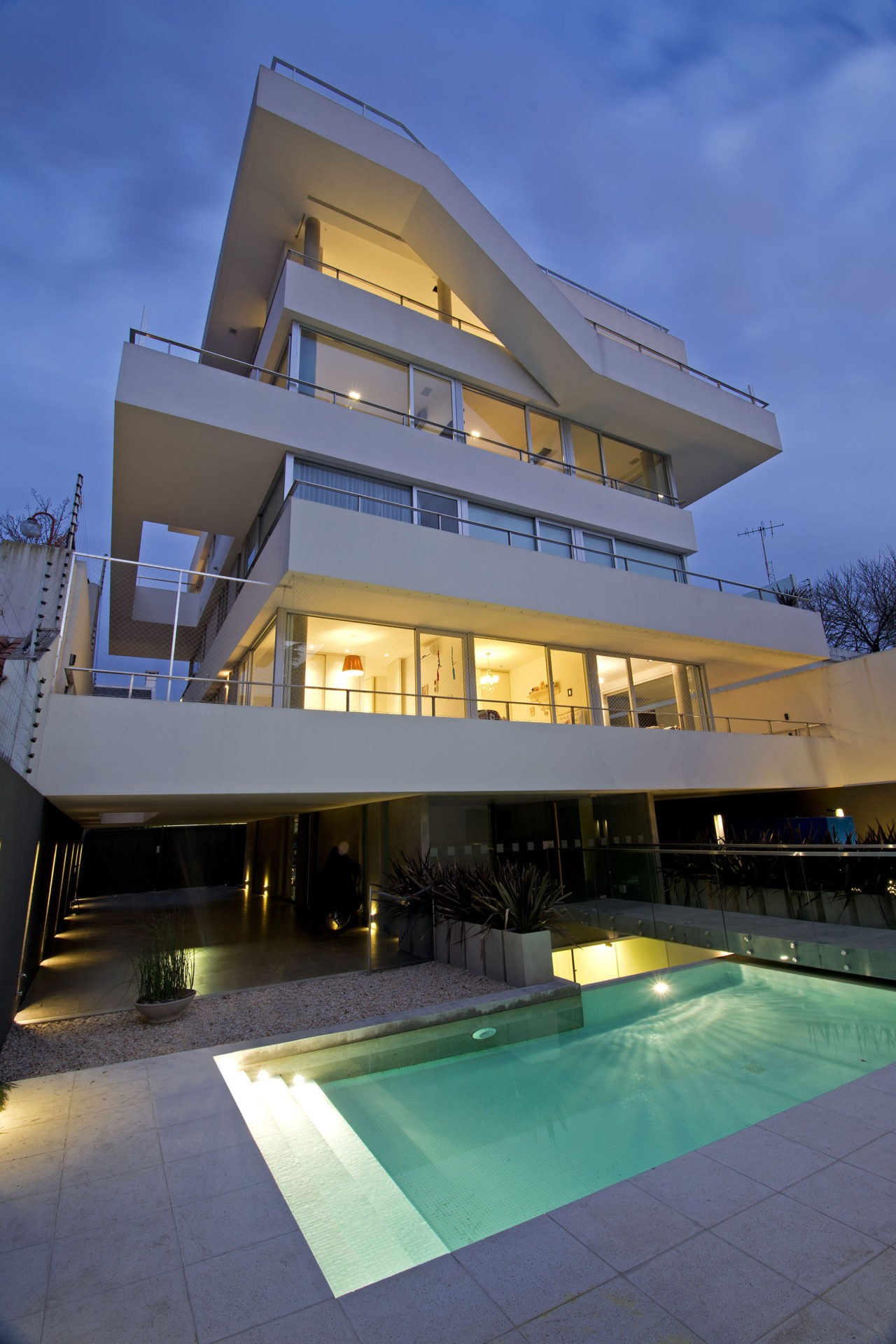 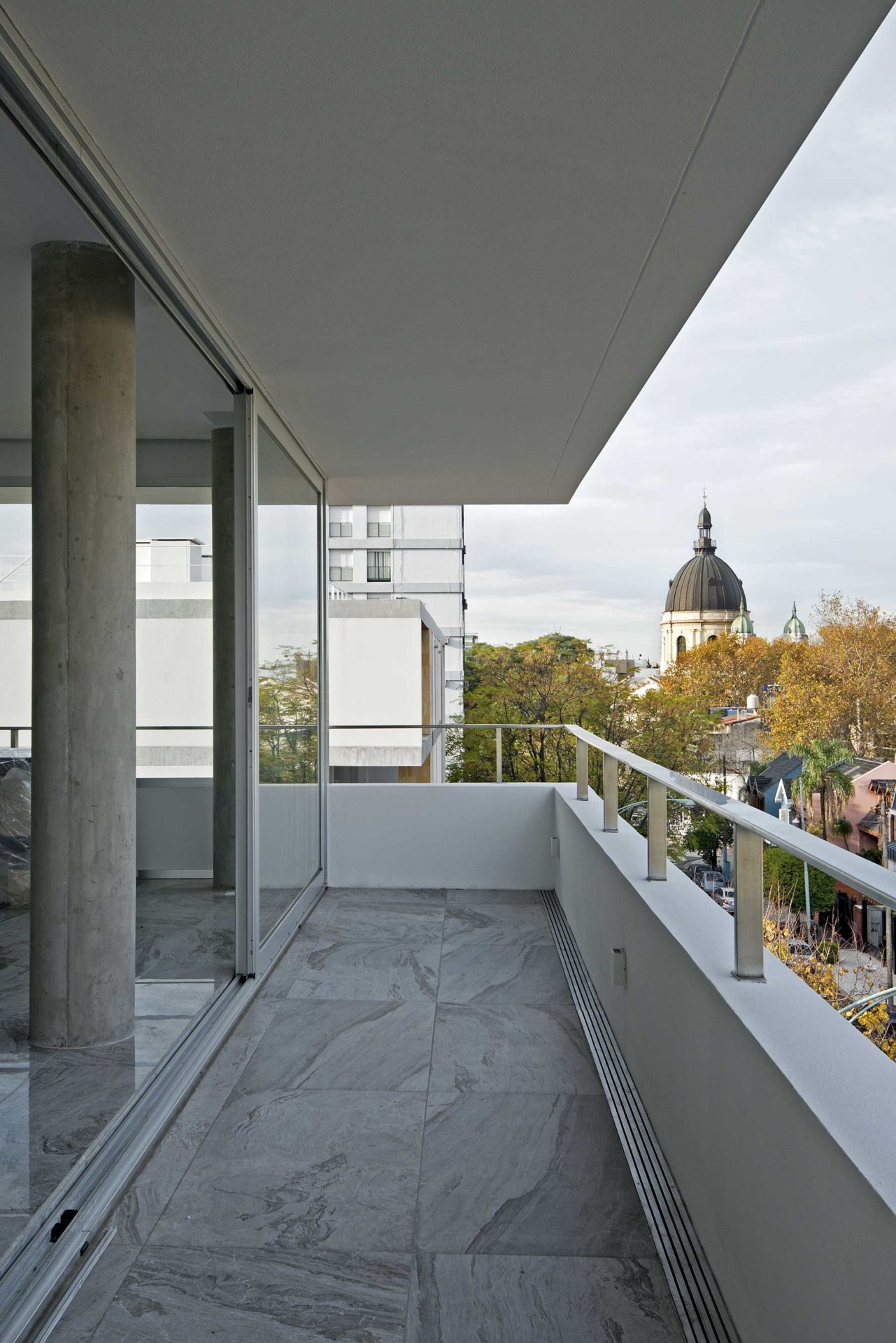 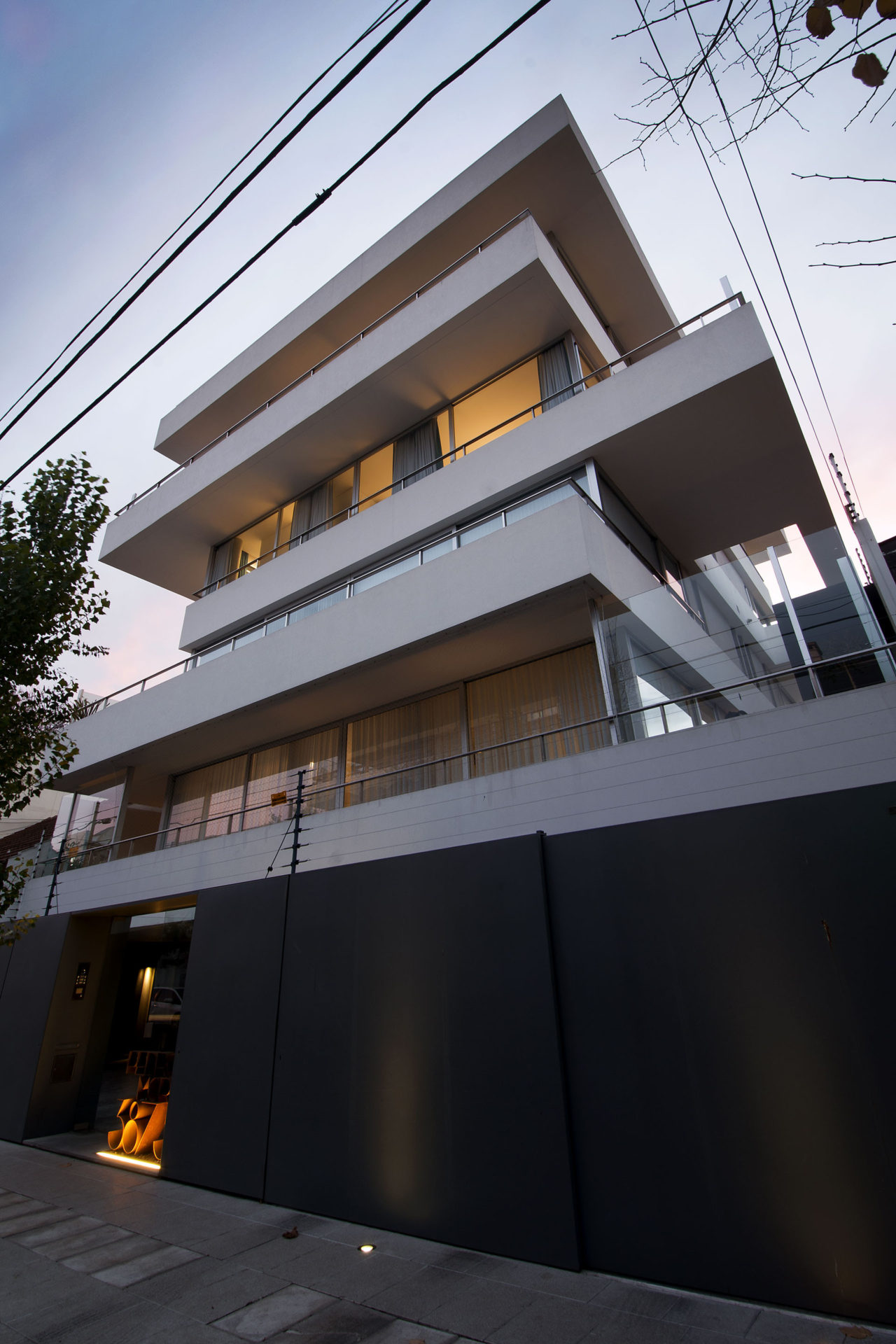 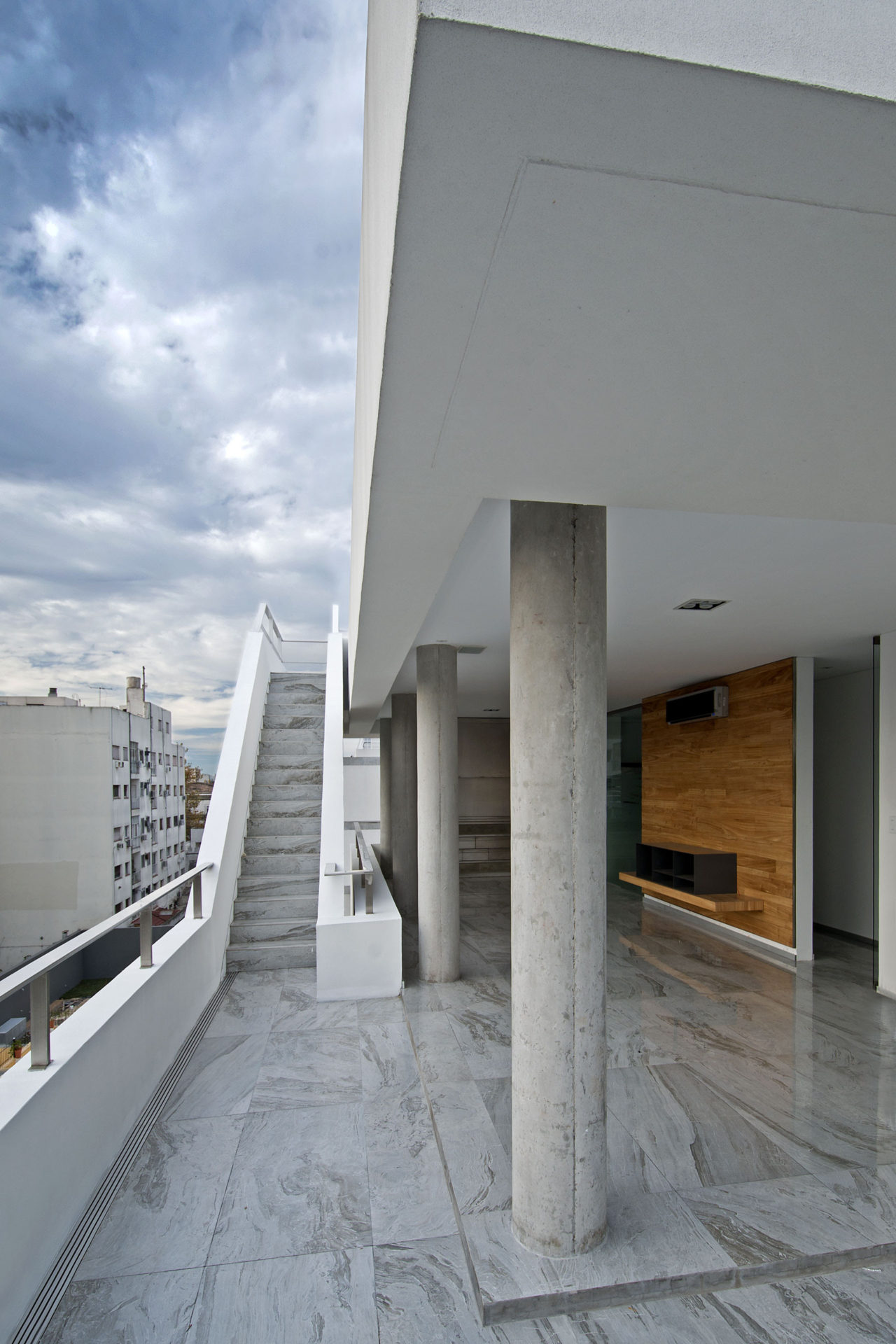 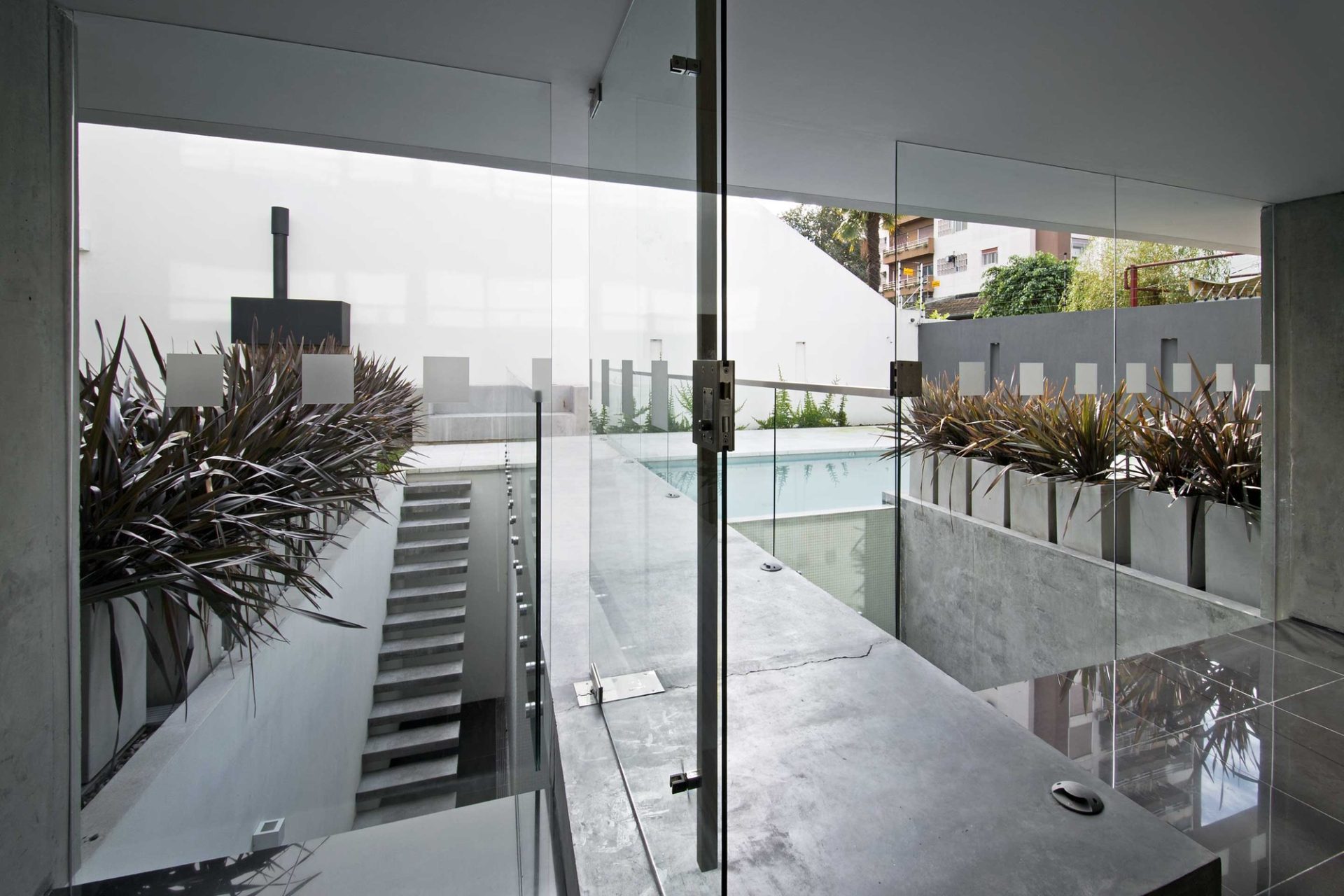 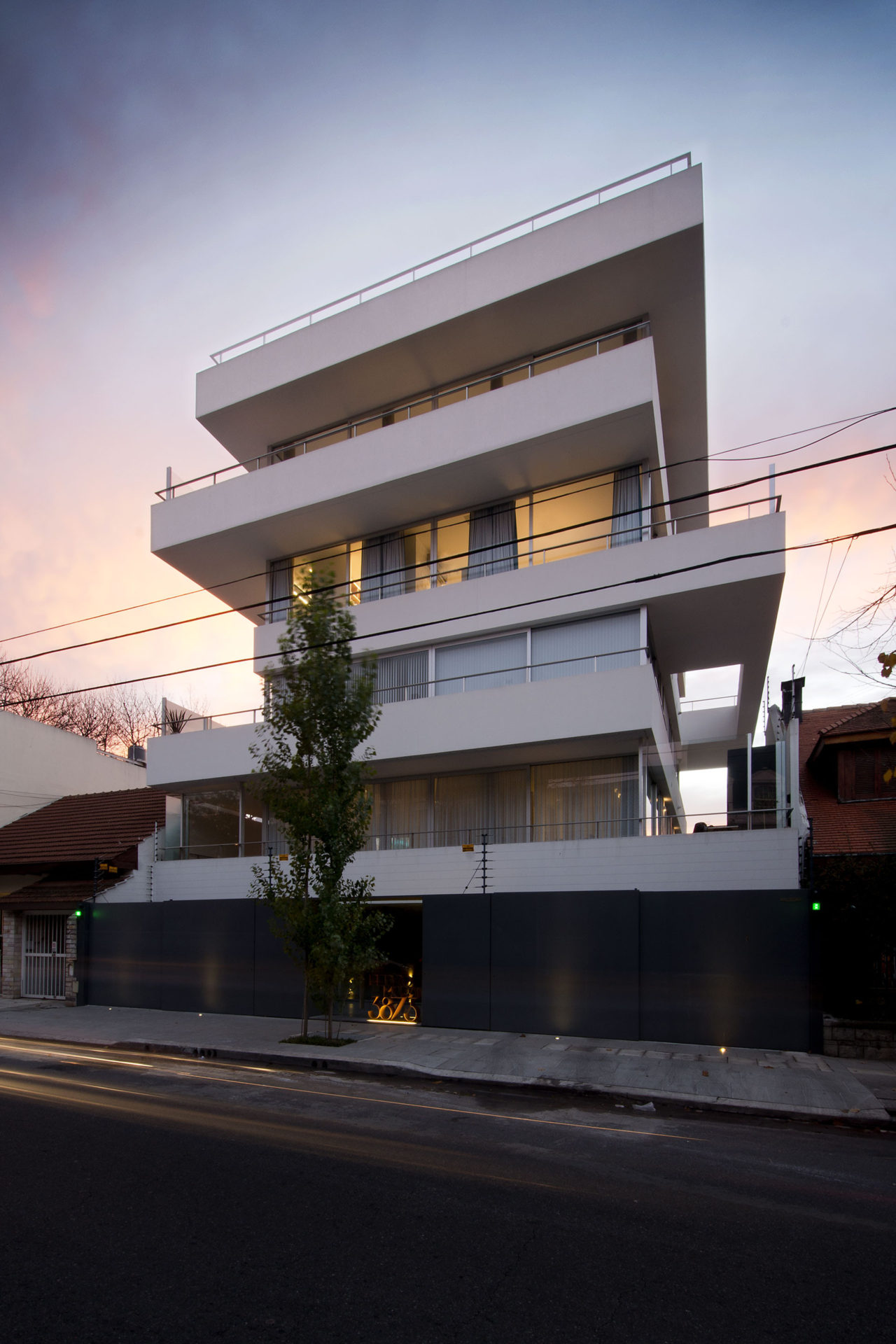 The Pedro Moran 3875 building is located in an exclusively residential neighborhood of Villa Devoto, in a double lot 19 meters wide, at the center of the block. Intended for single family homes, the project is expressed in horizontal trays which are offset to the end of the party walls, and the interior space is contained in a transparent and consistent center at all levels.

The width of the lot allows expansions to turn to the side and offsetting the trays from each other horizontally, expansions with a double height are formed, which are vertically interrelated, sometimes within the same dwelling, looking for a particular spatial quality and consolidating the center of the building.

All housing units complete an entire floor, and in particular the living-dining room has a linear proportion occupying the entire width with a depth of 5 meters, with expansions both at the front as a continuous balcony, and at the sides, where they take an area that really allows to live them, to have a table, eat outside, in those cases where they have a grill or link directly to a kitchen, or assemble an outdoor living room if they are linked to a living room.

The dwellings are three apartments on four floors of about 180 m2 each. The first two are individual units and the latter form a single dwelling in a duplex. They are intended for entire middle-aged families and the apartments have three to four bedrooms each. The master bedrooms are located facing the back, and are glazed on both corners, because the interior space is defined by its transparency in the perimeter and in the center of the plan are the spaces that are closed to the facade such as services, kitchens and bathrooms. In the duplex, the bedrooms are on the lower floor, with the secondary bedrooms to the back of the building and the master bedroom to the front, where the simple units have the living-dining room, and the second floor has the living-dining room to the front and a barbecue to the back with an outside staircase proposing a continuity of the trays that reach the terrace.

Trays, both in depth and height, serve as a bellows of privacy covering the perspective from the street into the glazed center and cast shadows on the glass pane, allowing the building to have a passive lighting control.

The ground floor is open, which supports the circulation core in the middle and the sides are for parking with a total capacity for twelve cars. Towards the back is the pool with a common area that develops between the ground floor and the basement. The infinity pool overflows to a sunken courtyard which is the expansion underground of the common space that functions as a spa or relax area, which can be accessed both from the same underground as from the ground floor by a staircase on the side of the pool, giving a different use to the underground from the typical use which is for boiler room or garage. 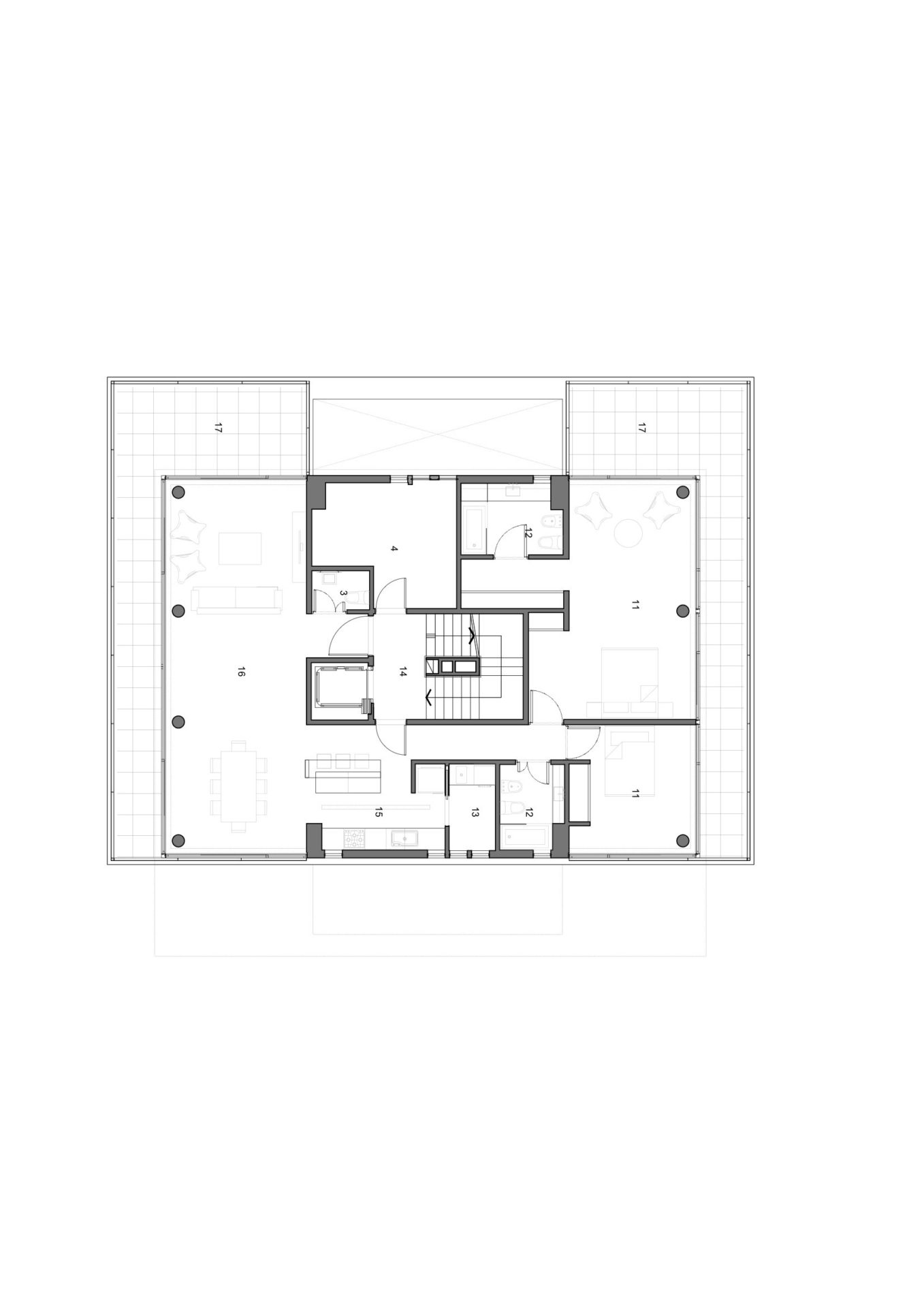 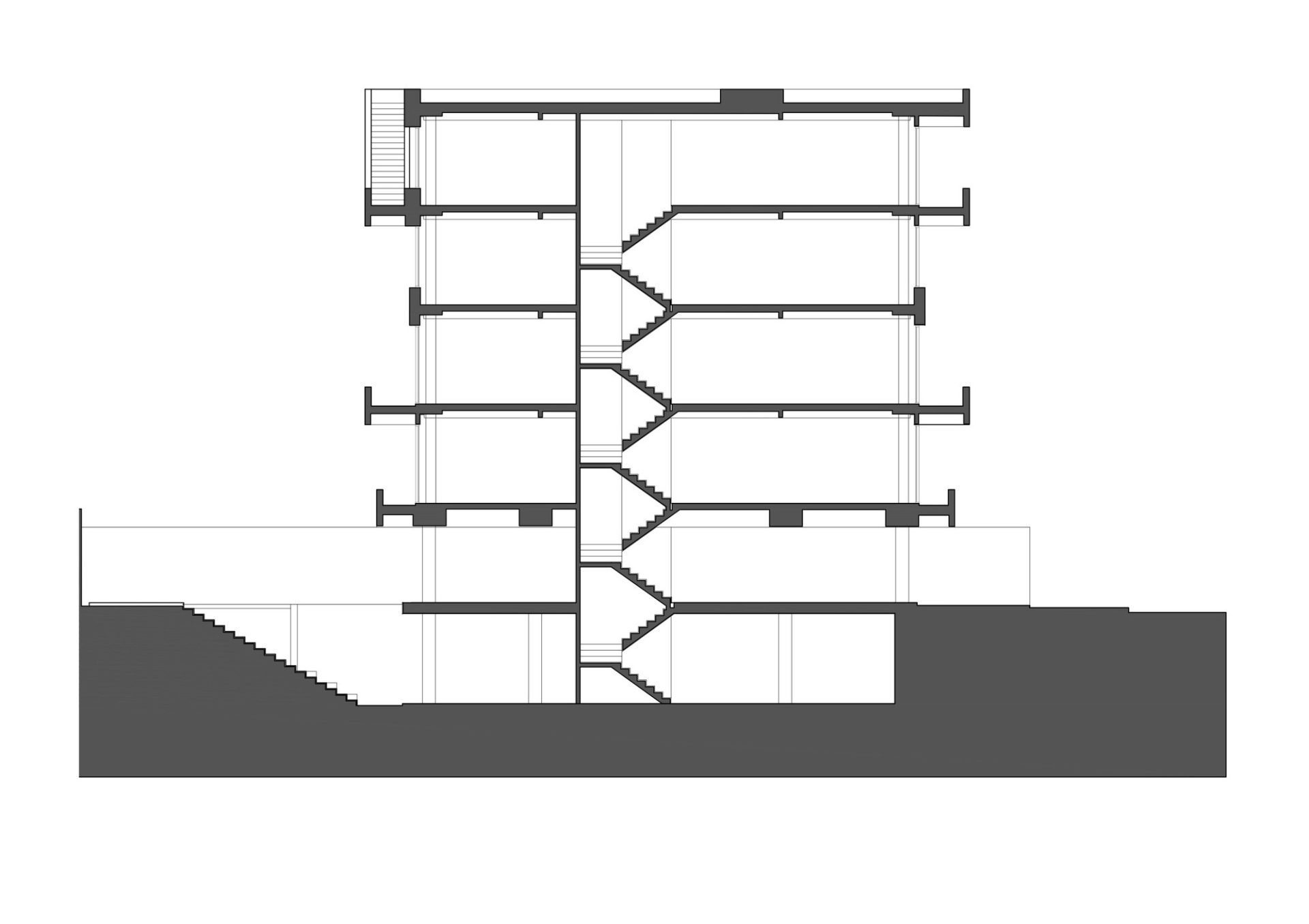 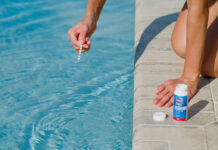 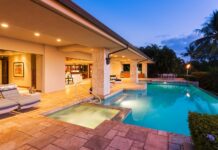 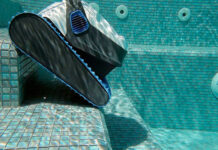