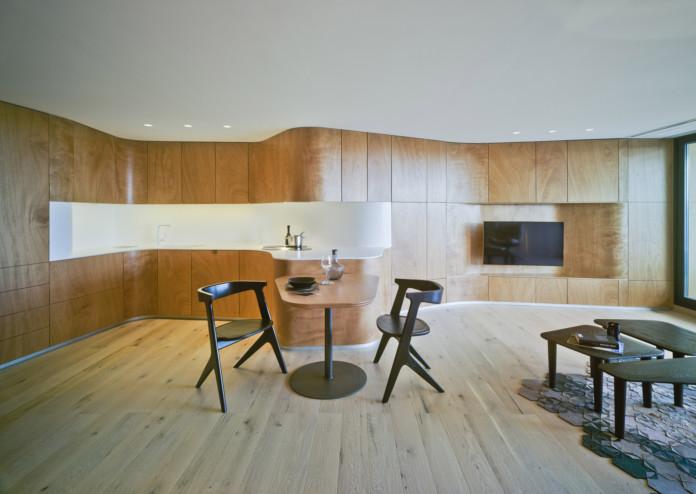 The successful renovation project for the Weston House was completed by Antonio Maciá Mateu in 2013. Located in Altea, Alicante, Spain, the residence boasts 1,097 square feet of living space and occupies the ground floor of a building that is surrounded by beautiful gardens and offers exquisite views of the sea. Despite this, the house itself did not communicated with the outdoors, which is why a refurbishment was necessary. 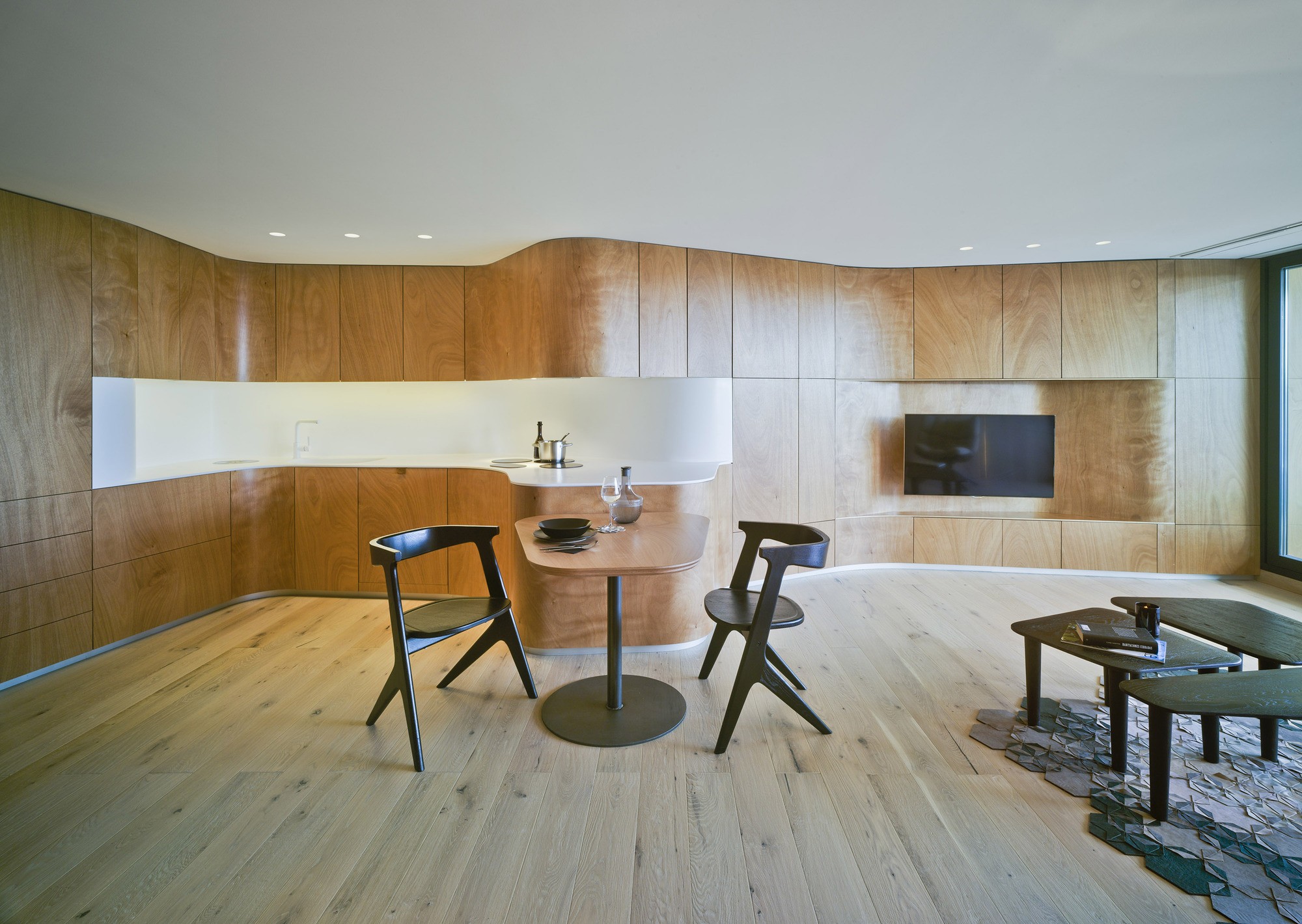 In order to create a link with the outdoor environment, the architects decided to divide the house into two parts facing north and south. The narrower section comprises the main bathroom and the master bedroom, while the second section includes the kitchen, living room and dining space. As far as the furnishings are concerned, most of them were designed specifically for this project, including one of the tables and the “crochair” armchair. For a touch of naturalness, the designers implemented a vertical garden that strengthens the relationship between the interior and exterior environments even further. 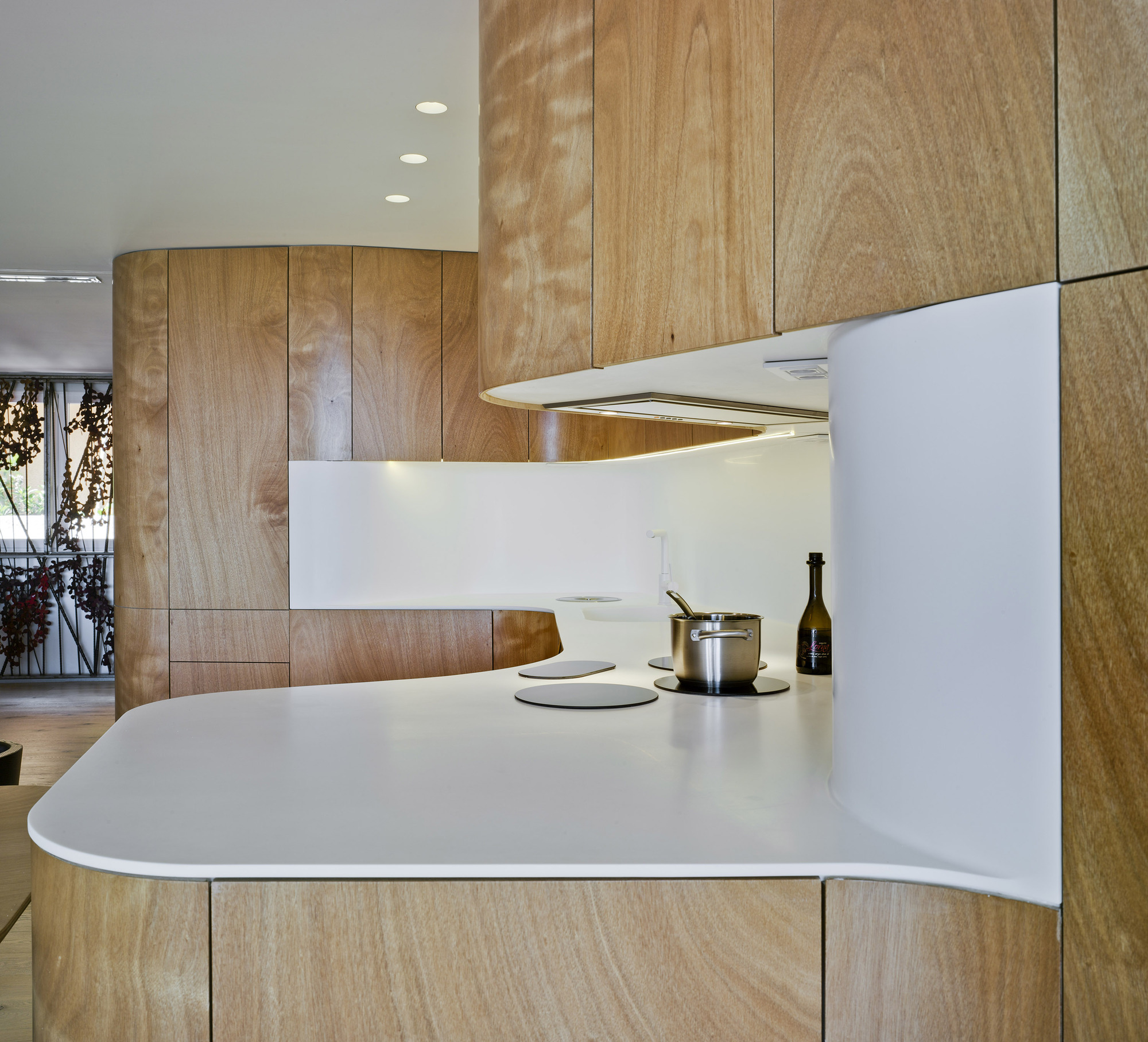 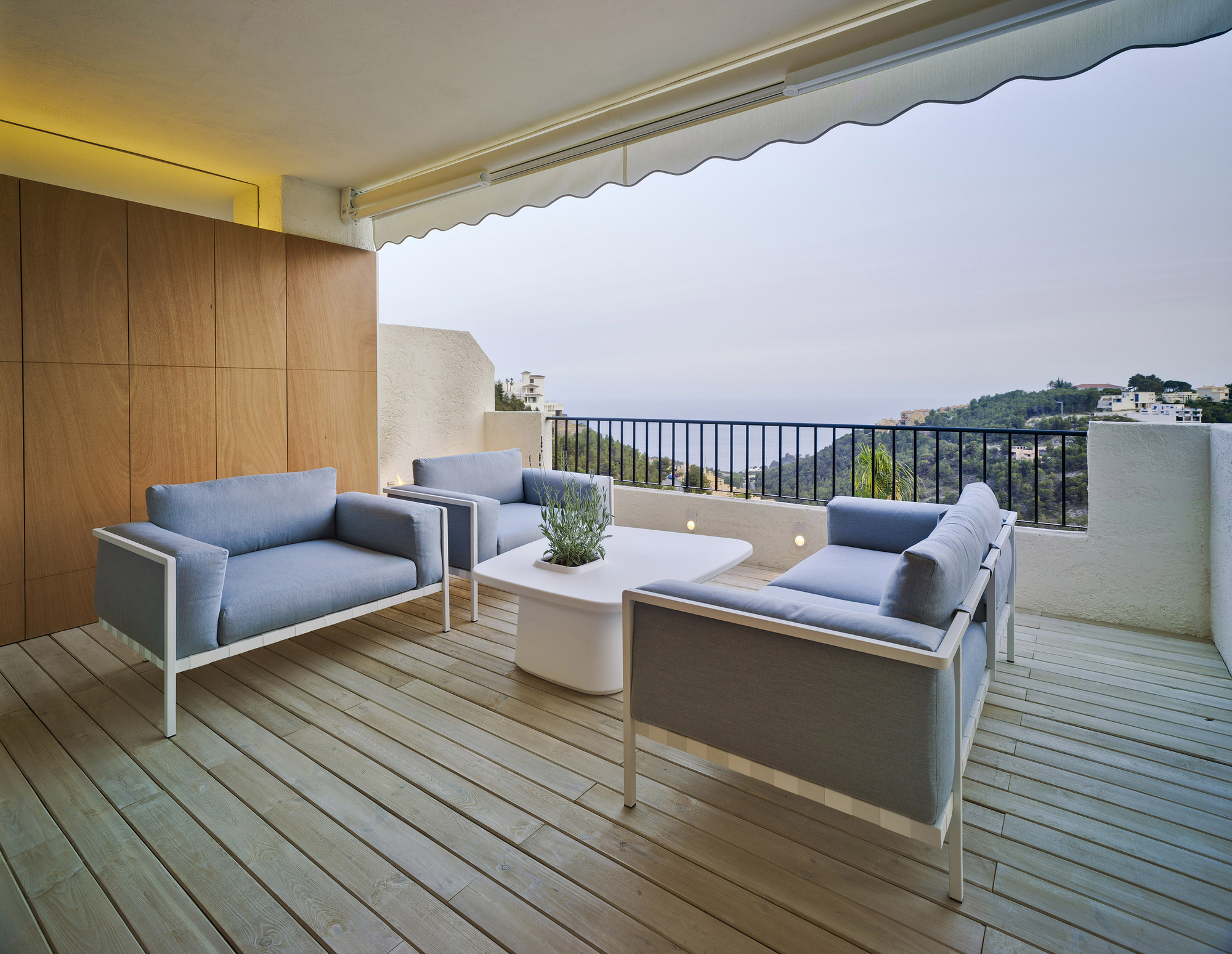 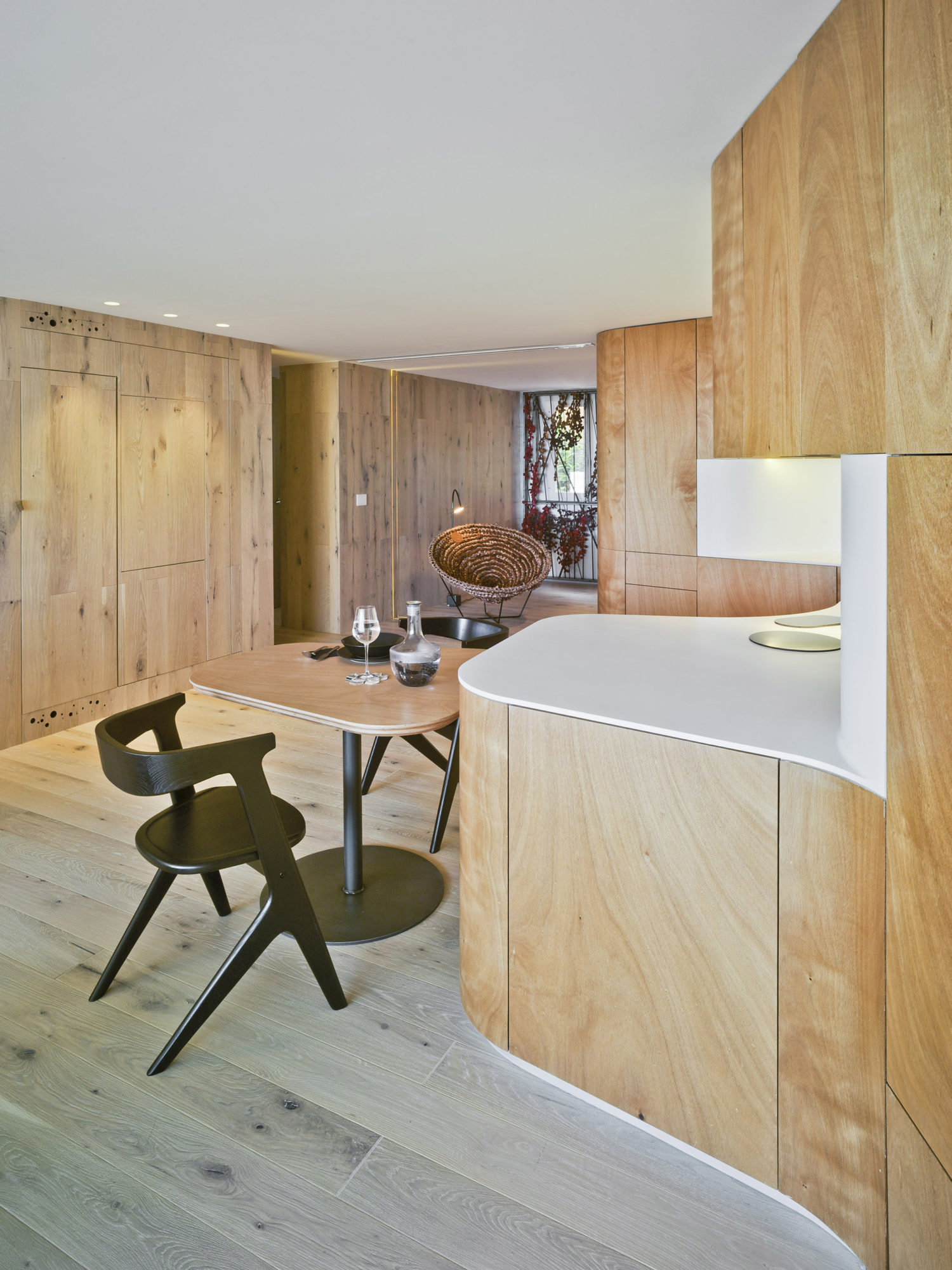 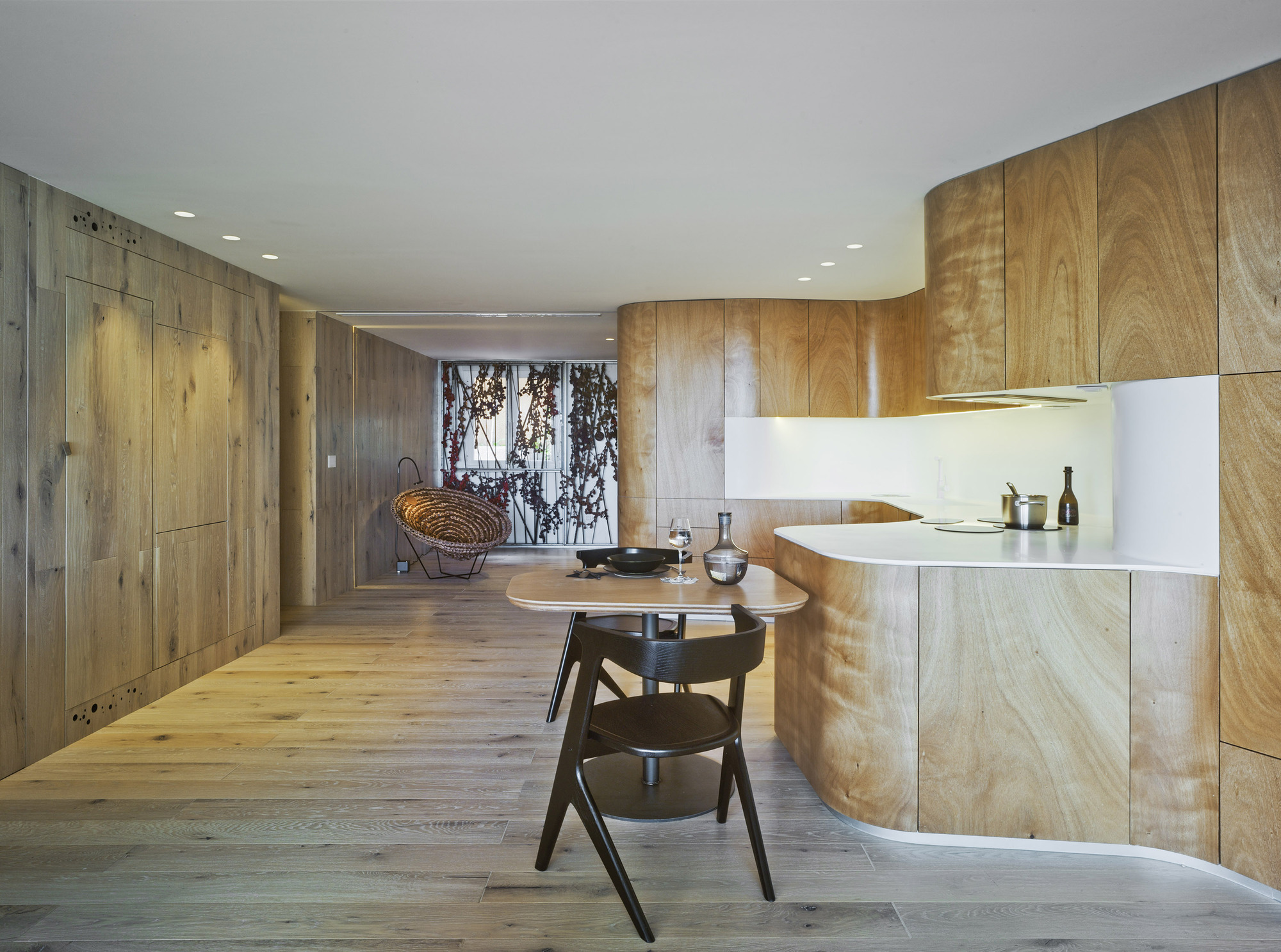 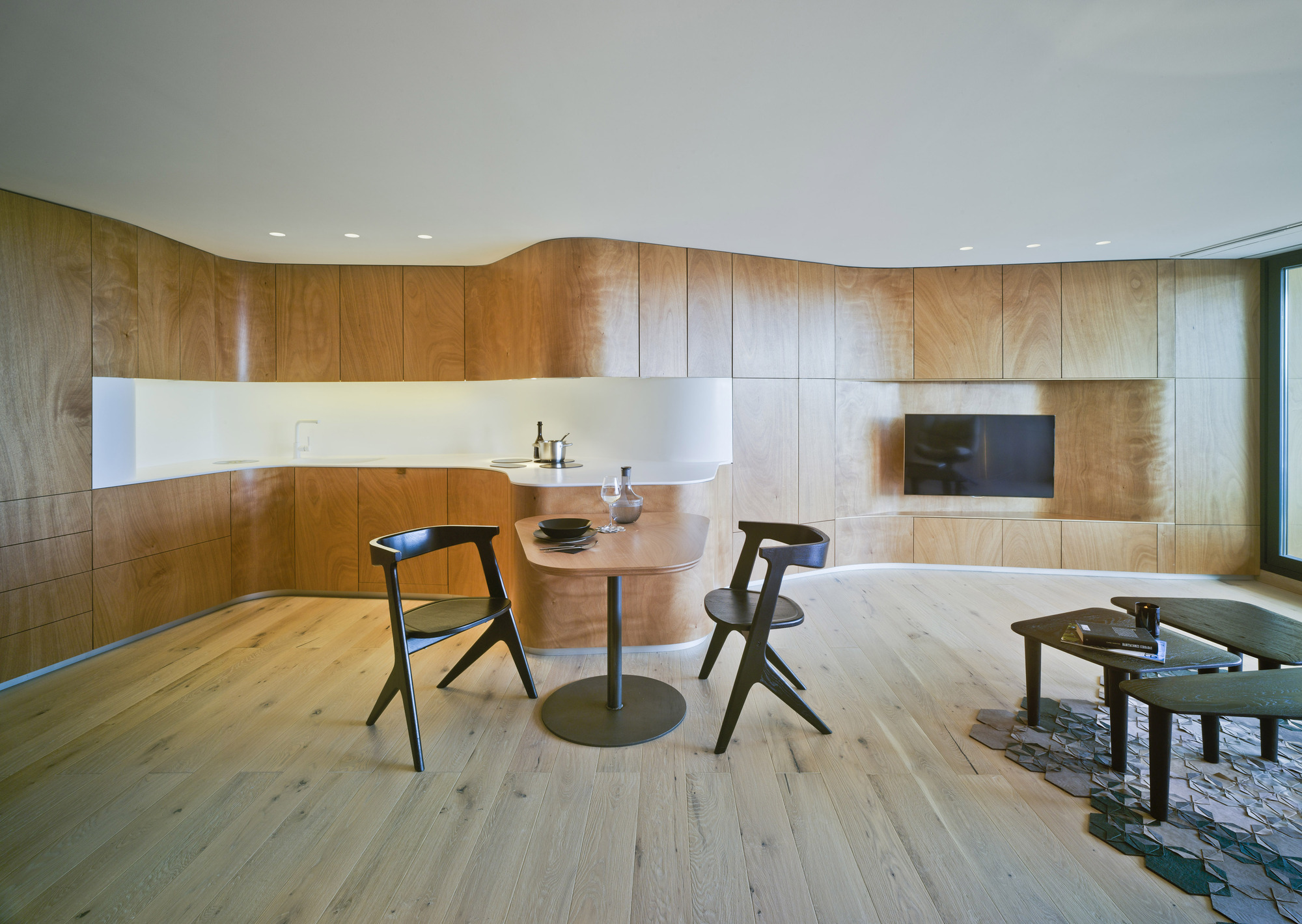 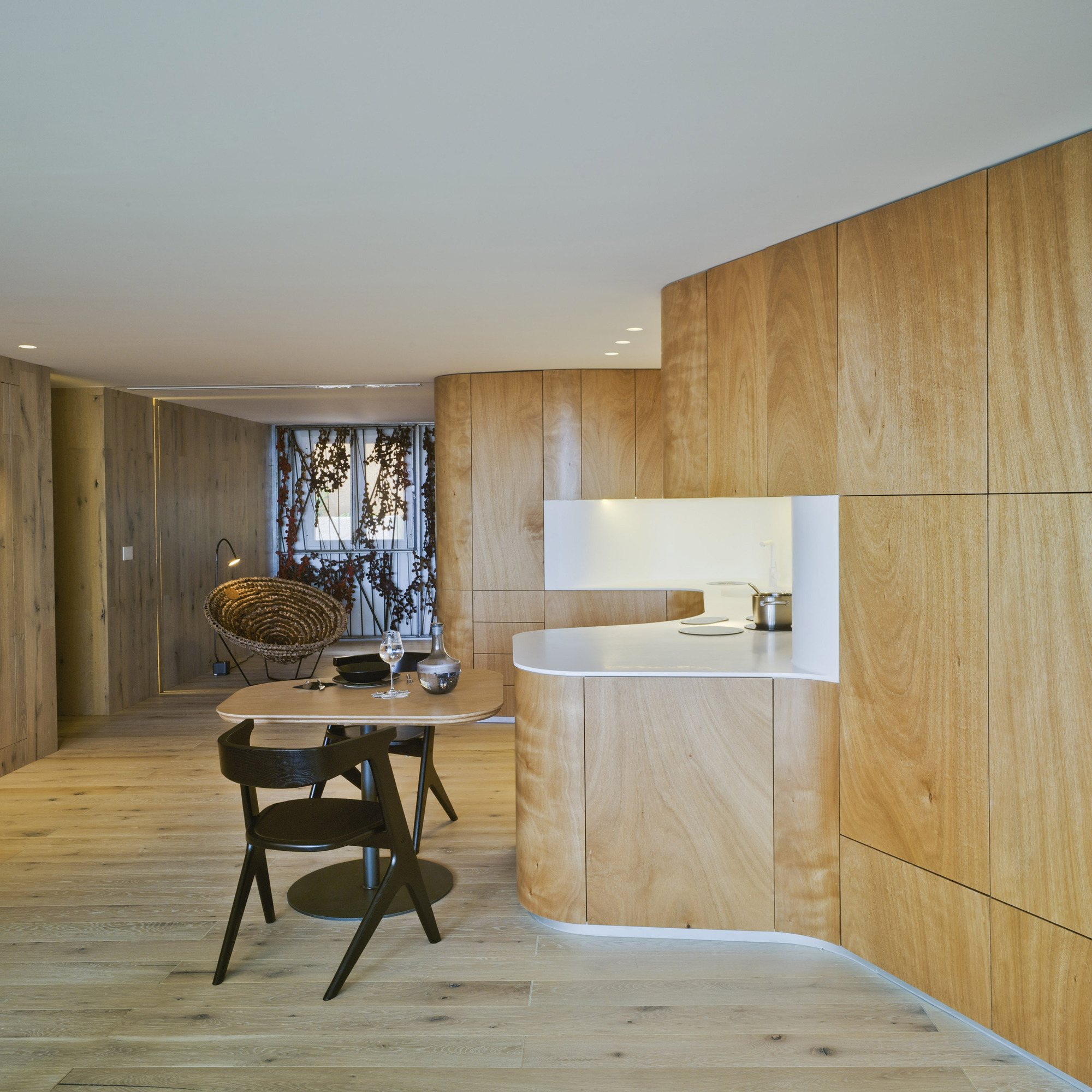 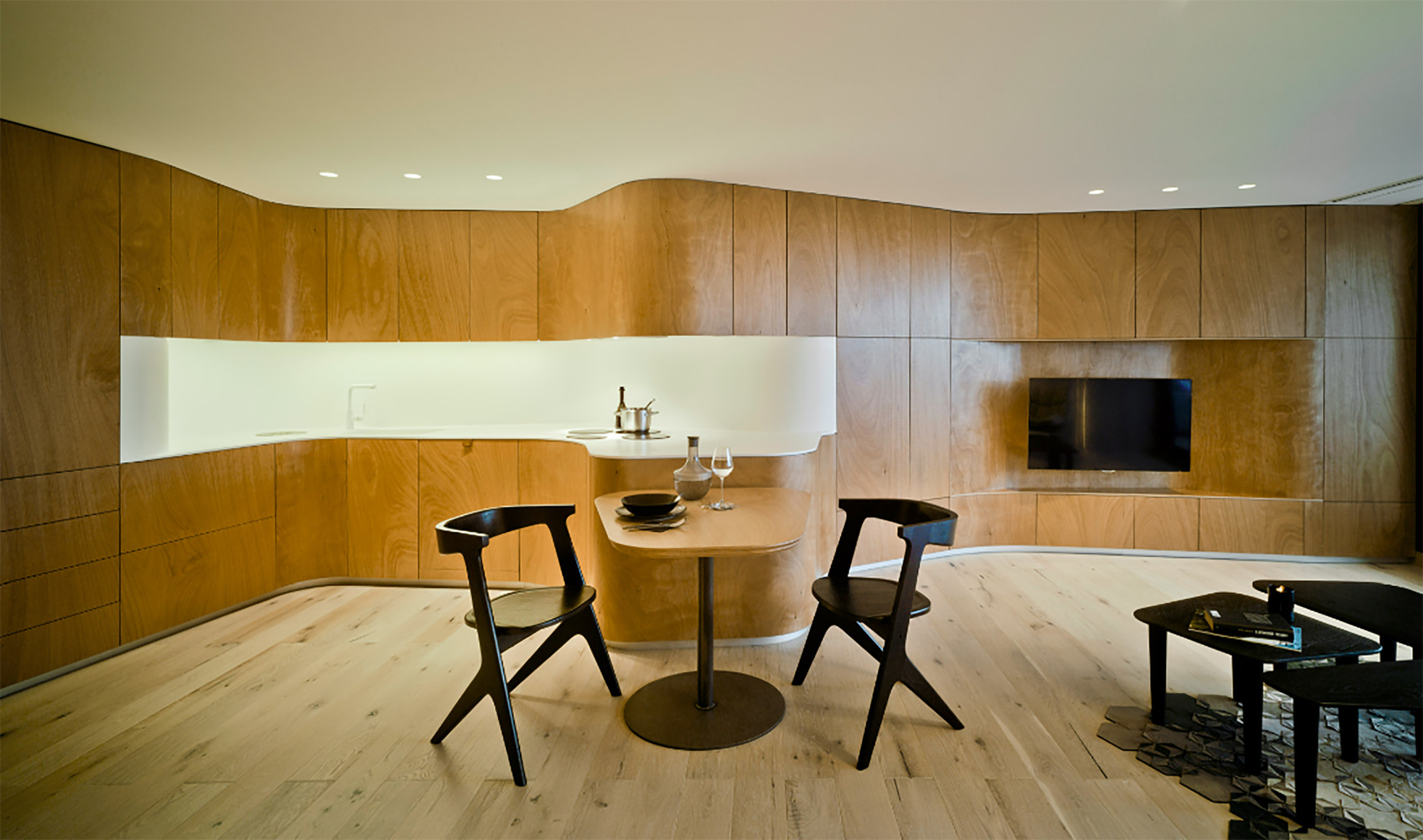 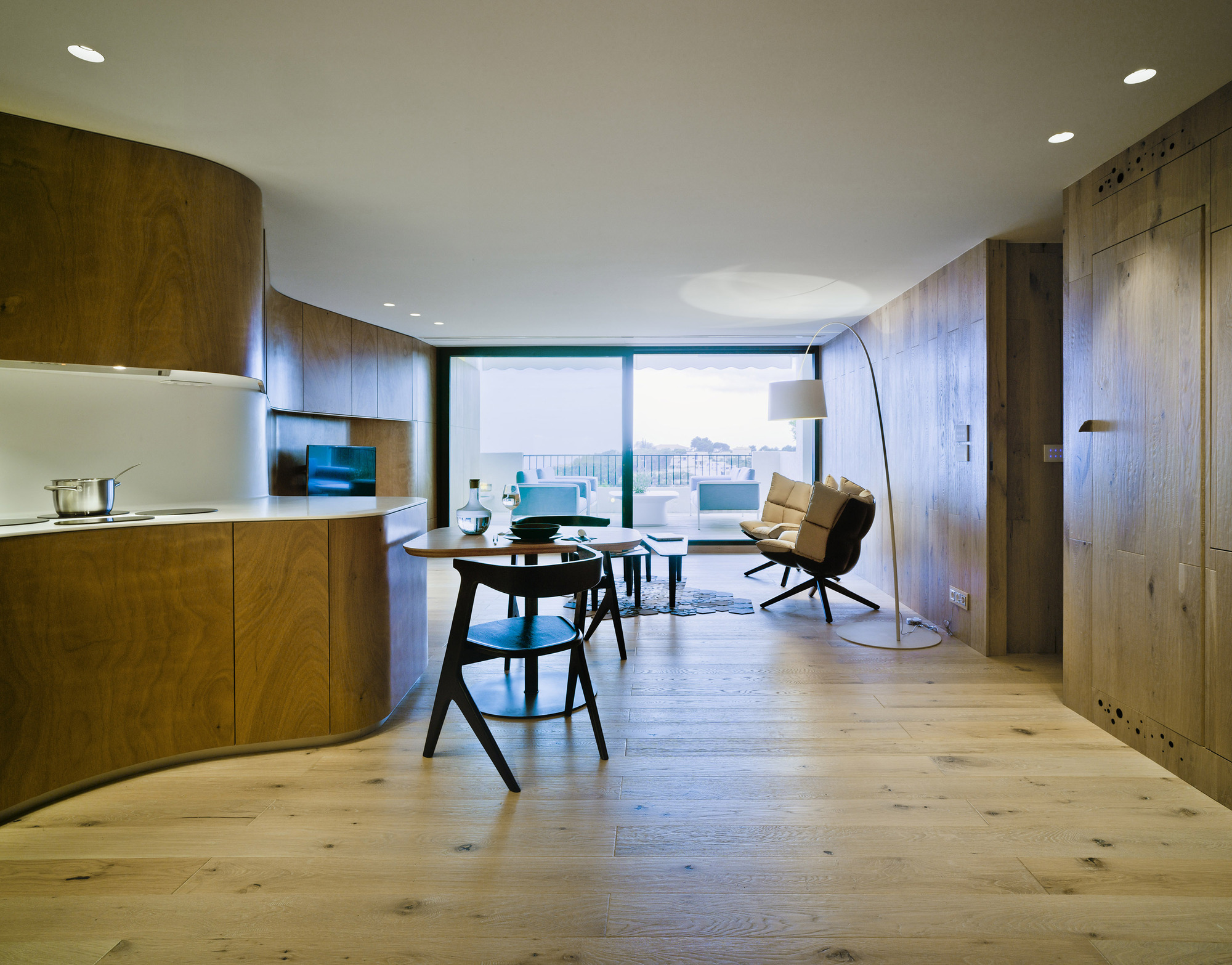 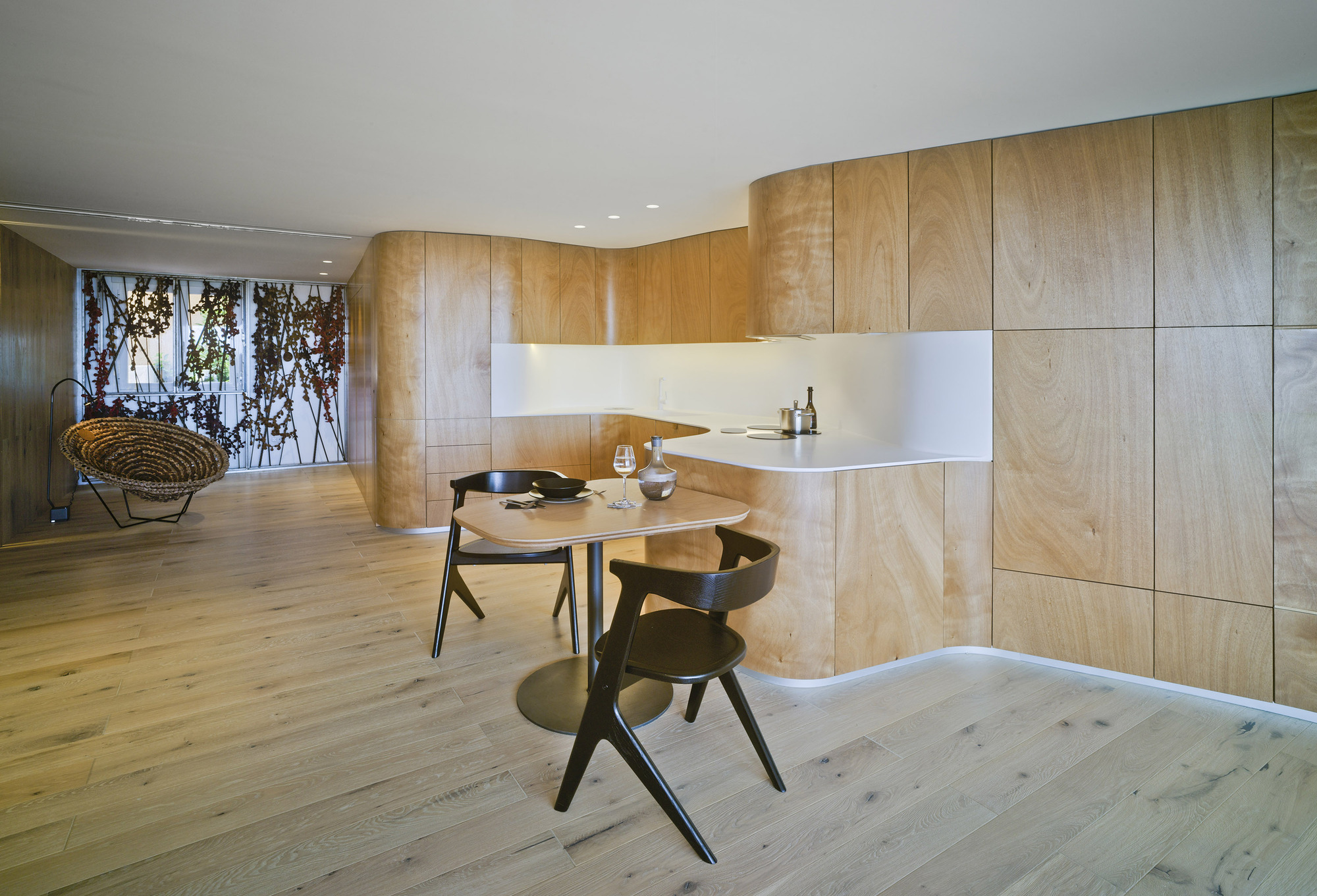 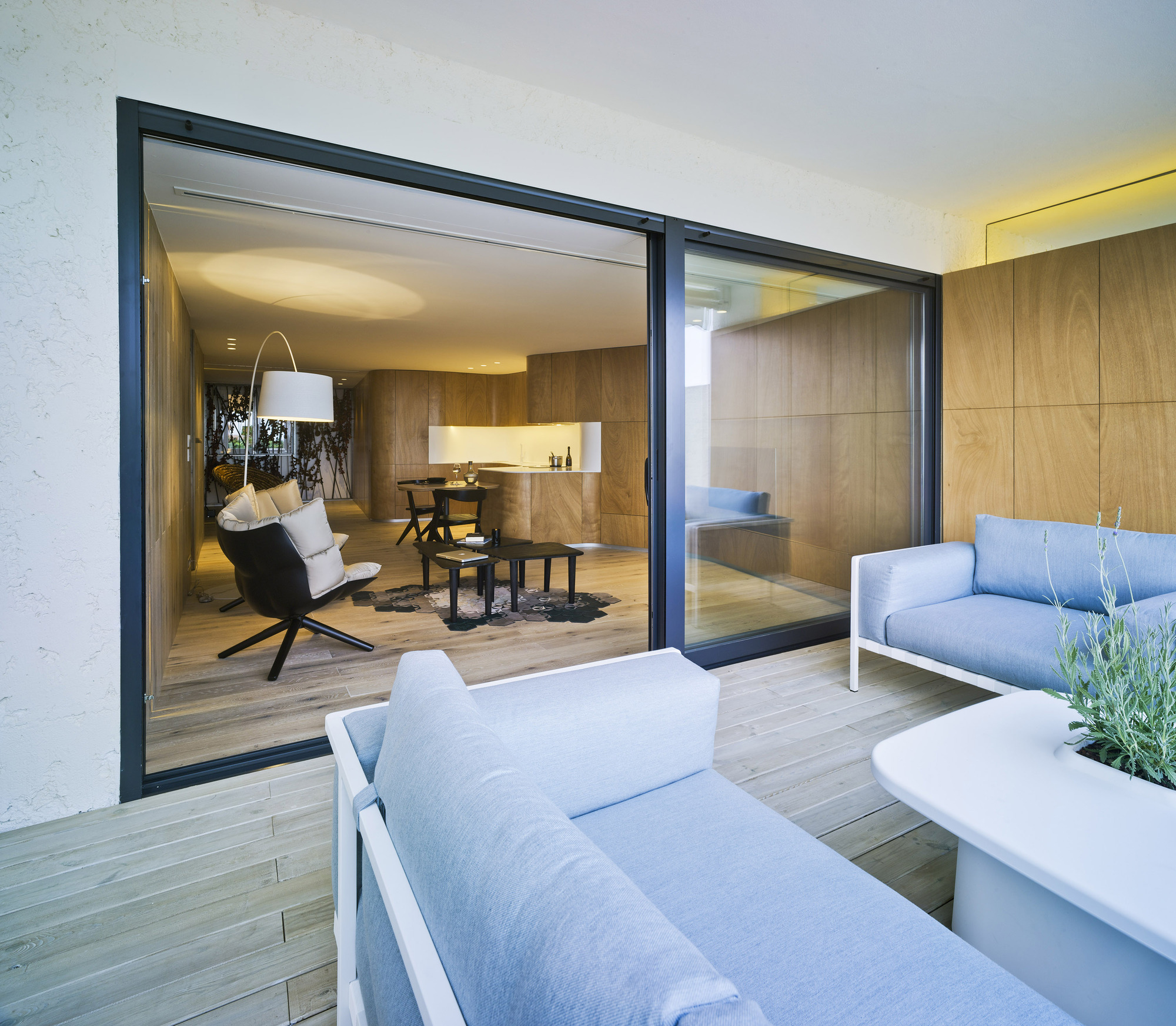 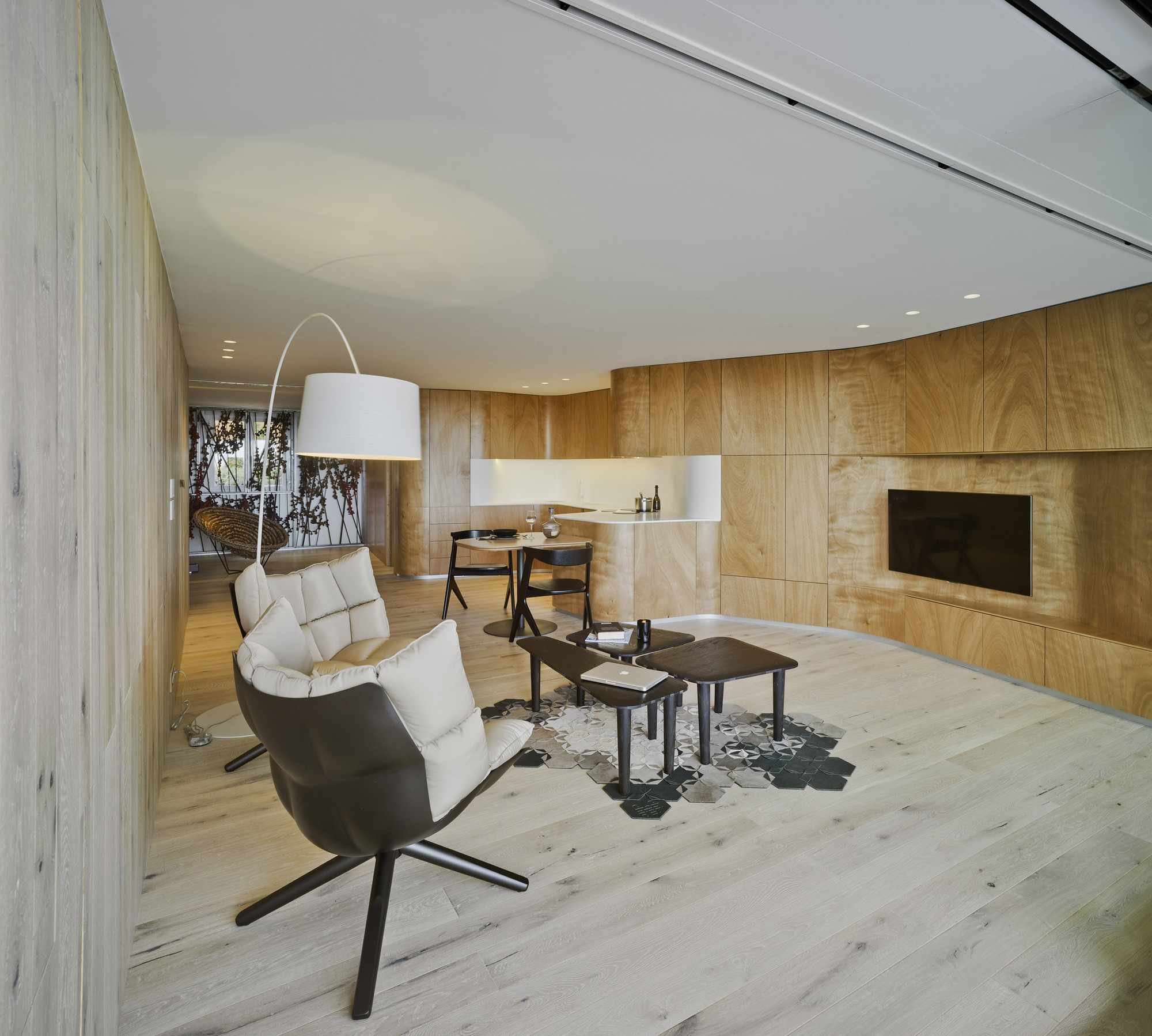 House refurbishment through a photo.
This house is located at the ground floor of a building which is found among gardens and by the sea, up in the hill from a city called Altea, in Alicante (Spain).

In the very beginning this house was unconnected to its own surroundings and therefore, the first decision to make was already clear:  to set the floor free so it could be related with the whole outer environment, but especially, with the sea in ahead of it. Because of this arrangement the house remained split up in two slices facing south and north.

In the first piece, which is the narrower of both, the master bedroom and the main bathroom are placed; and  in the second one the space is starred by a combination of kitchen, living, and dining all in one. In order to do so we took as a reference one of the works of the well-known photographer Edward H. Weston, because of the beauty shown while capturing the curves and the quiet of the movement. This starting point helped us to design a piece of furniture capable of  traveling from one end to another of the house and of becoming the main defining element of the space.

We strongly believe in the relevance of connecting the human body with the measures, the proportions, the materials… For us this relationship enhances the way in which people perceived their environment. Hence, psychological factors  are a very important aspect to take keep in mind when designing architecture. For instance, the section of this flat has been designed by using as a ground the dimensions described in “Le Modulor” (Le Corbusier, 1948).

In this sense, we took for the height 226cm and then we made fractions out of it:  86cm for the countertop; 43cm for the benches and 70cm for the tables. Besides, most of the furniture can be considered as part of the project itself. The carpets, the “crochair” armchair, one of the tables and the vertical garden were designed specially for this house. 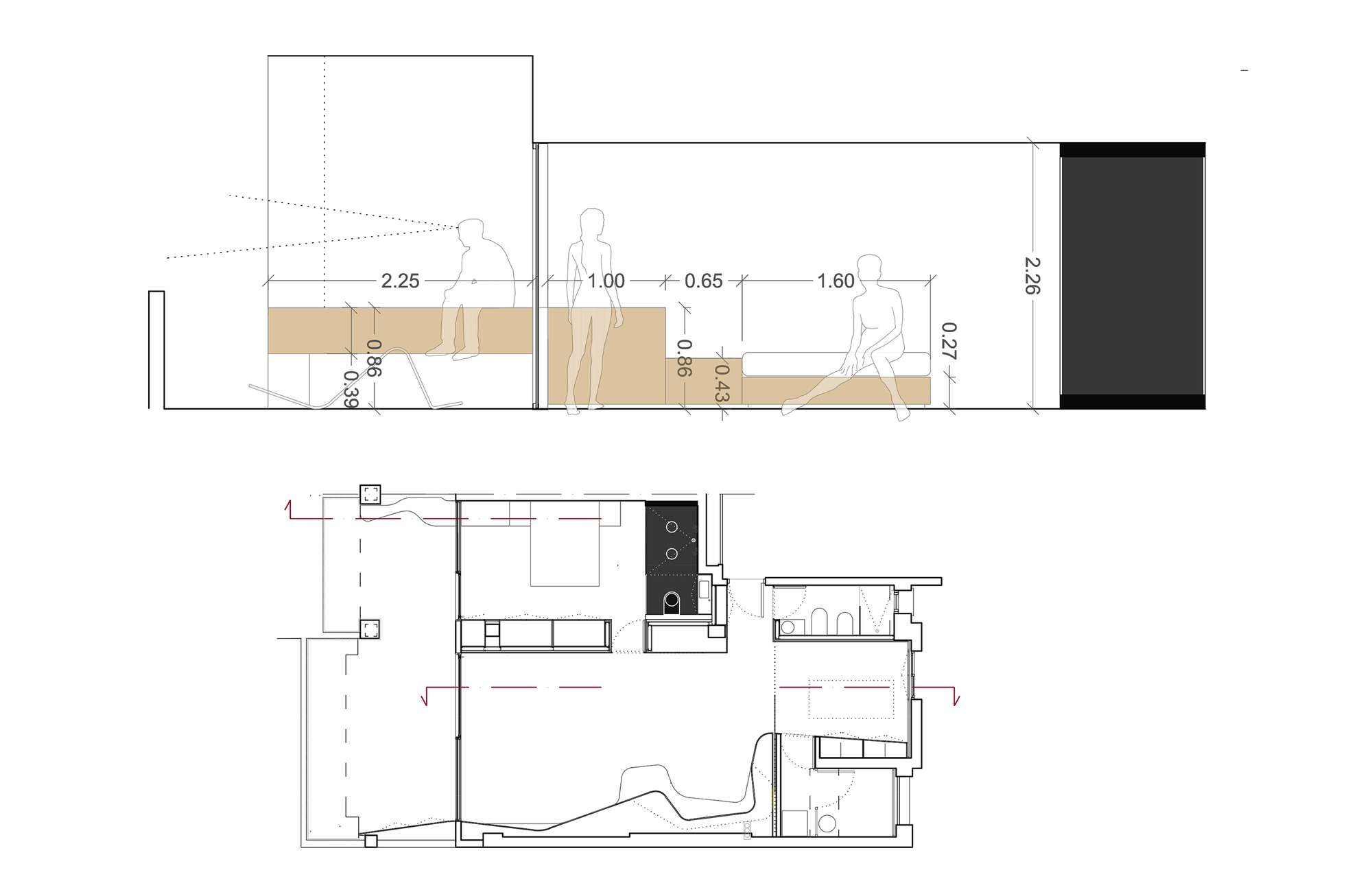 The Skewed House In Palakkad, India

House at Chicureo In Santiago, Chile