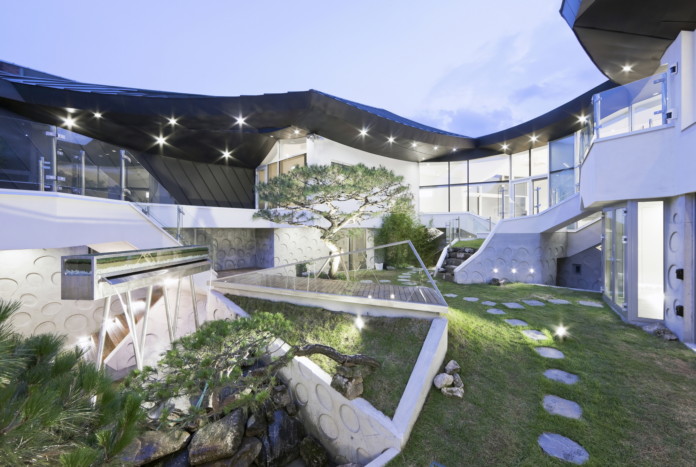 The fabulous Ga On Jai residence was built in 2013 in Gyeonggi-do, South Korea by a company called IROJE KHM Architects. The house was built on a lot measuring 6,926 feet, and it offers 3,433 square feet of living space, which is more than enough to accommodate the vast living areas, cozy bedrooms and lavish bathrooms that can be found within.

However, when tasked with the construction of this lovely home, the architects were faced with a series of challenges that were solved by implementing 3 traditional Korean architectural elements called “Madang”, “Ru” and “Cheoma”. The outdoor areas were based on the layout of the “Madang”, which is a Korean inner courtyard, while the design of the house itself was based on the principles of “Ru” (Korean-based architecture), which ensured that the home would be perfectly integrated within the surrounding mountainous environment. “Cheoma” is the cantilevered roof that boasts important aesthetic and practical purposes, since it gives off a sense of classic elegance while ensuring extra resilience against unwelcoming weather.

Last but not least, the residence is based on an introverted layout that ensures much needed privacy and shelter from noise, smoke and other unwanted intrusions. The interiors appear sophisticated, elegant yet complex at the same time, featuring hardwood floors, ample glass elements and a white minimalistic theme overall. 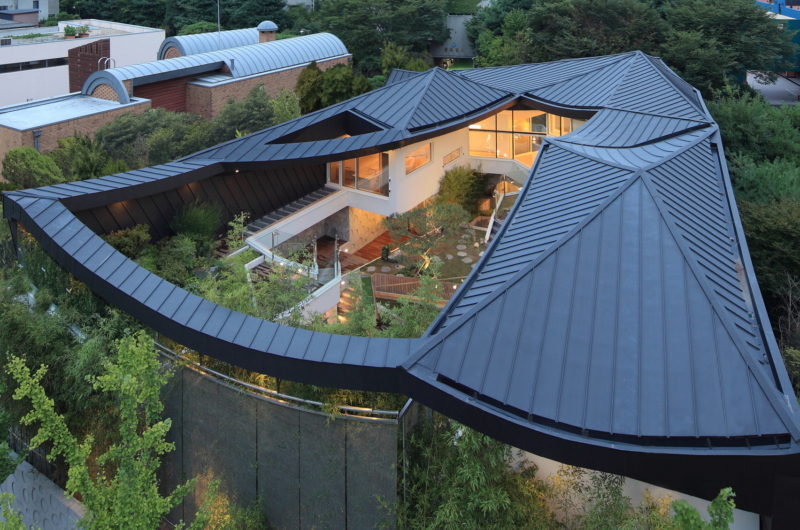 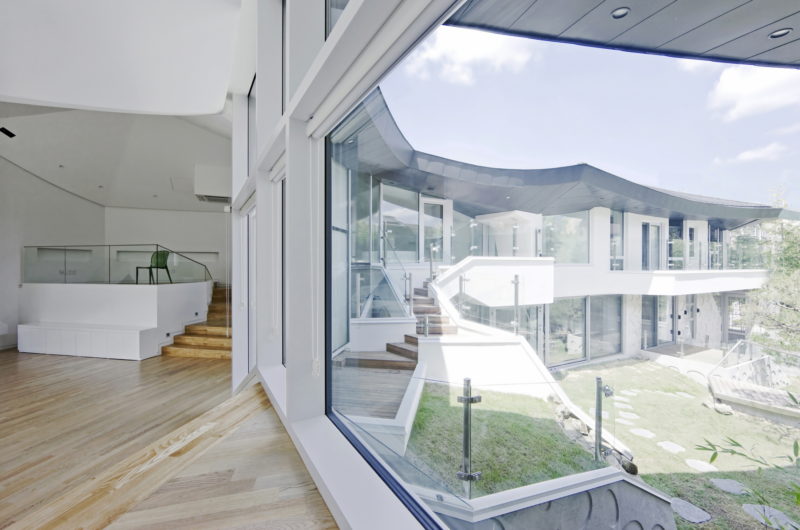 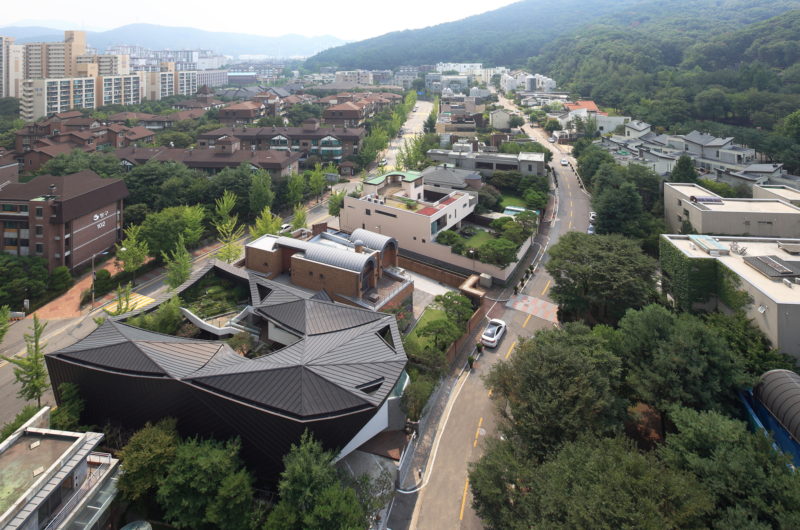 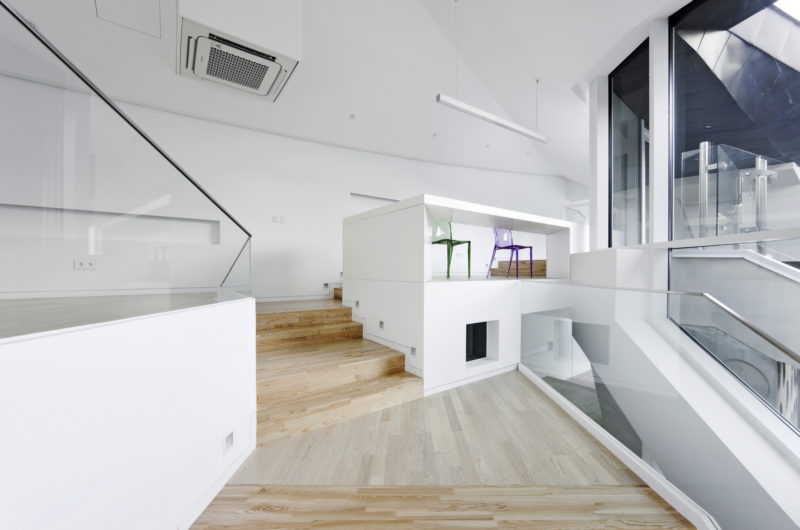 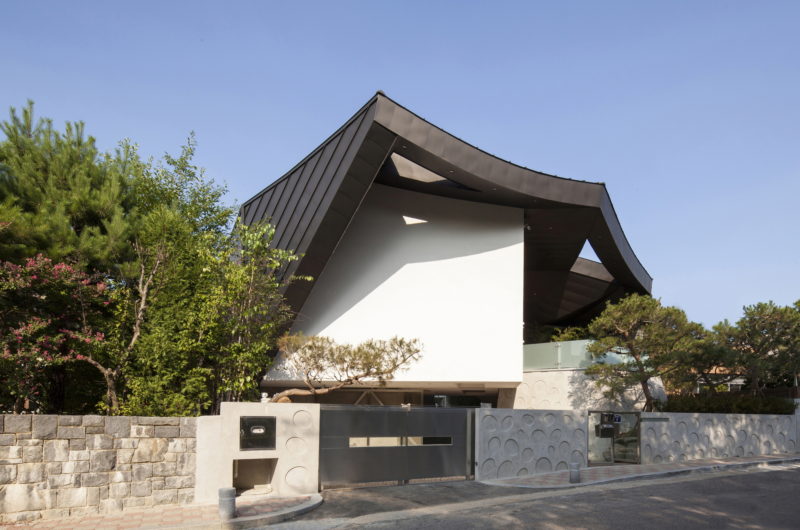 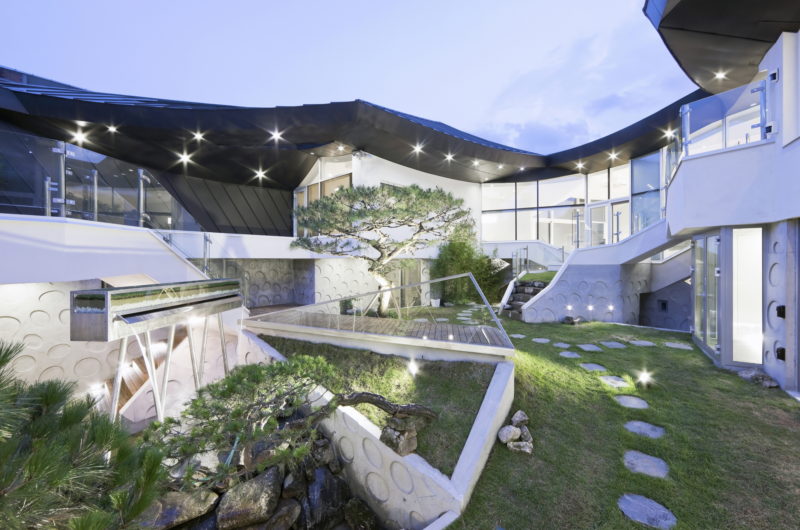 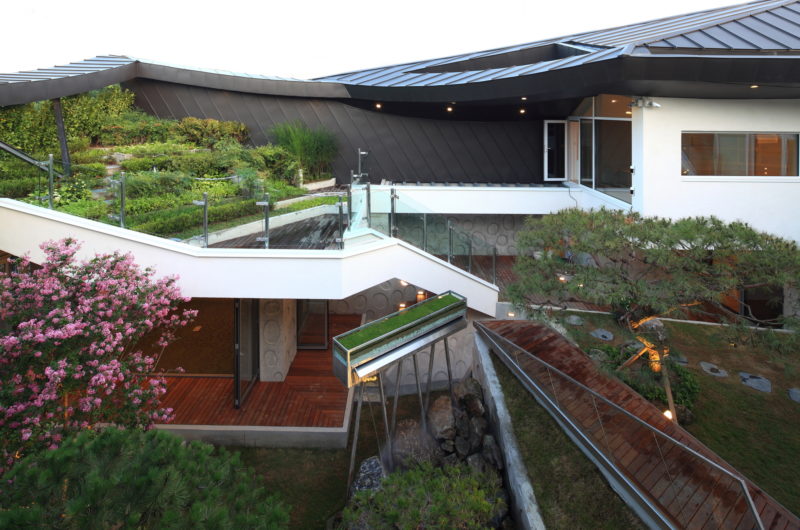 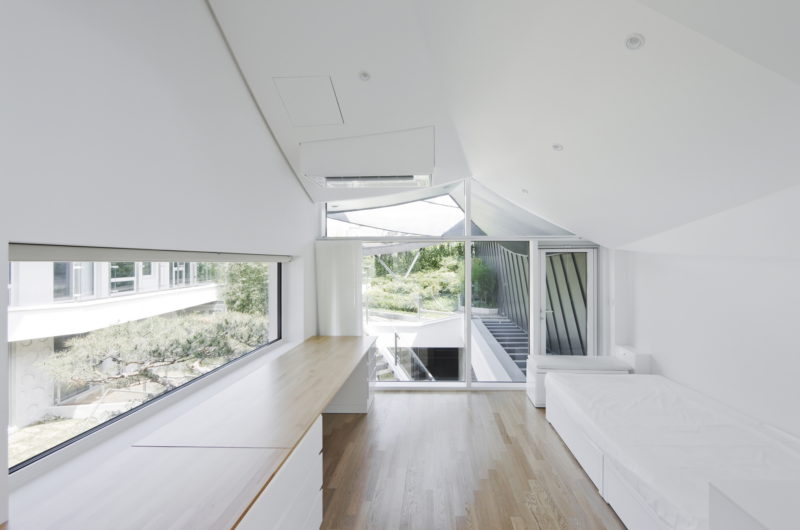 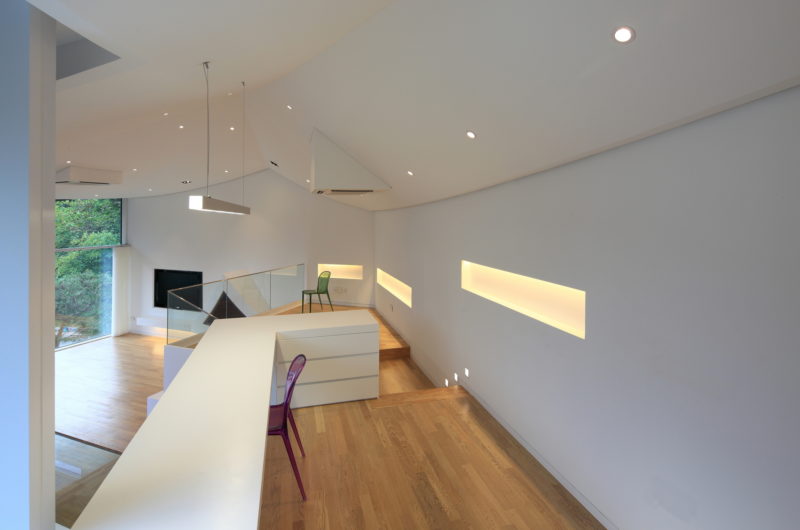 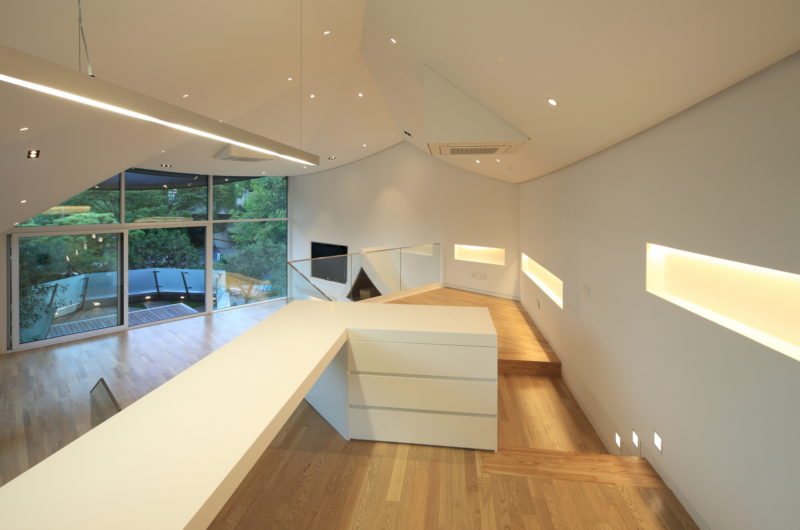 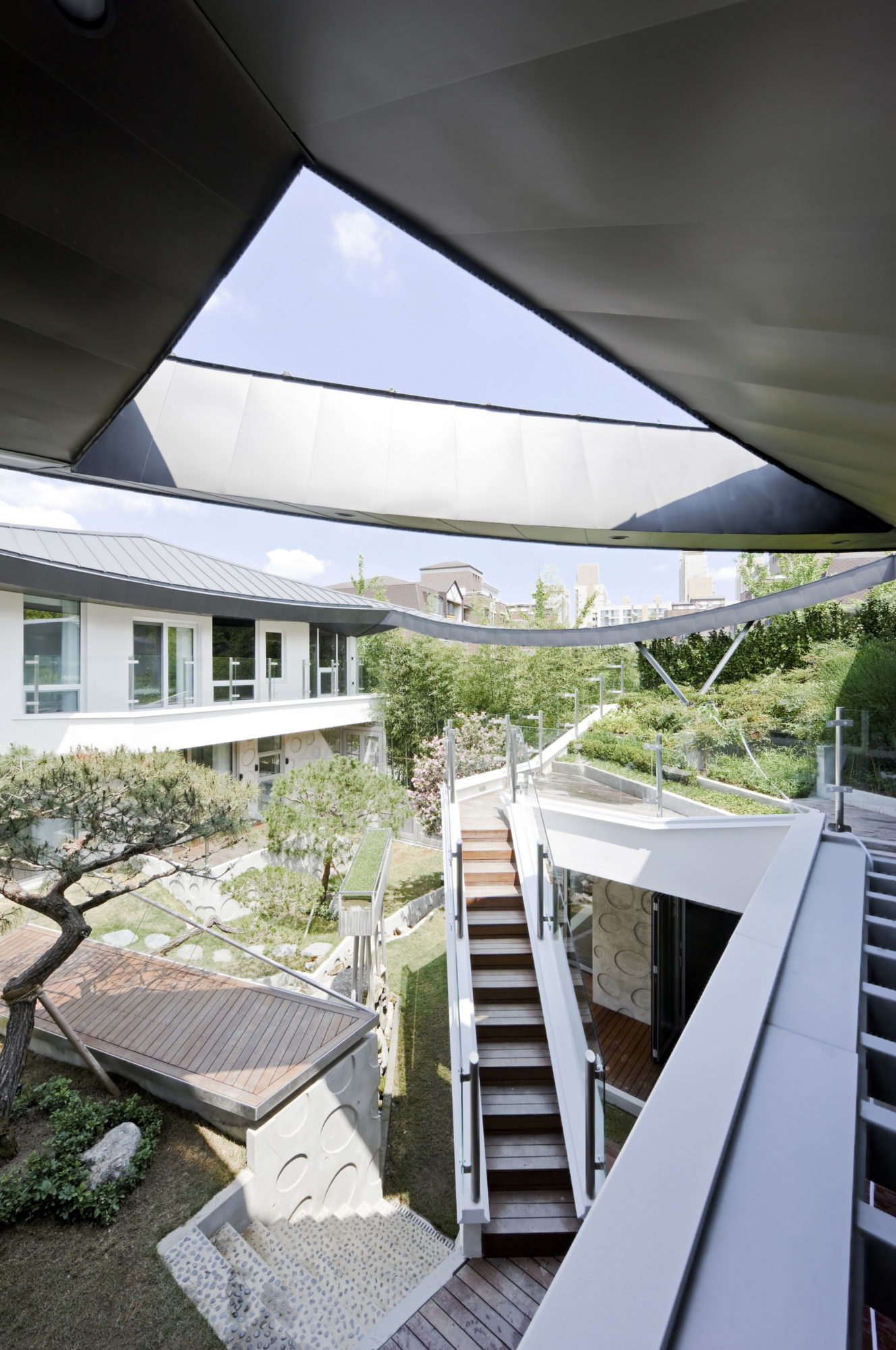 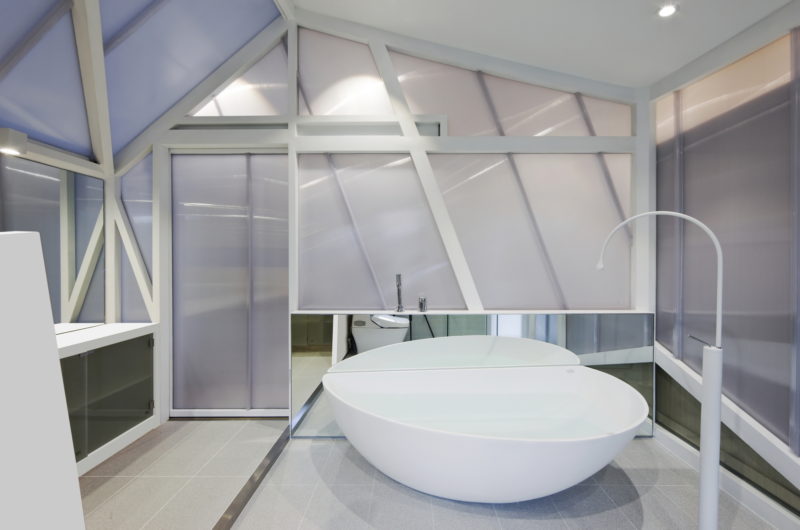 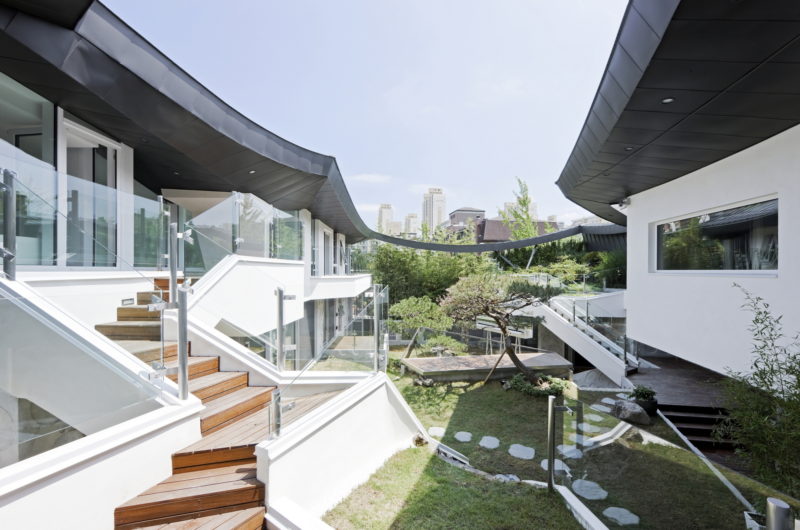 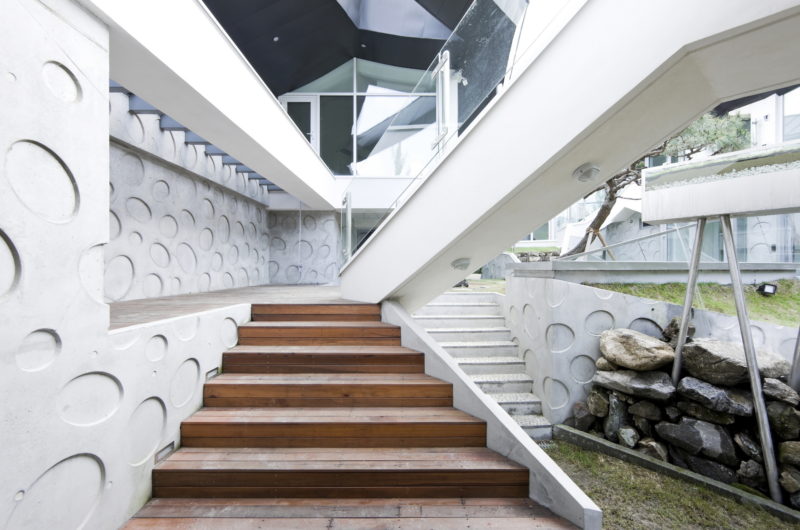 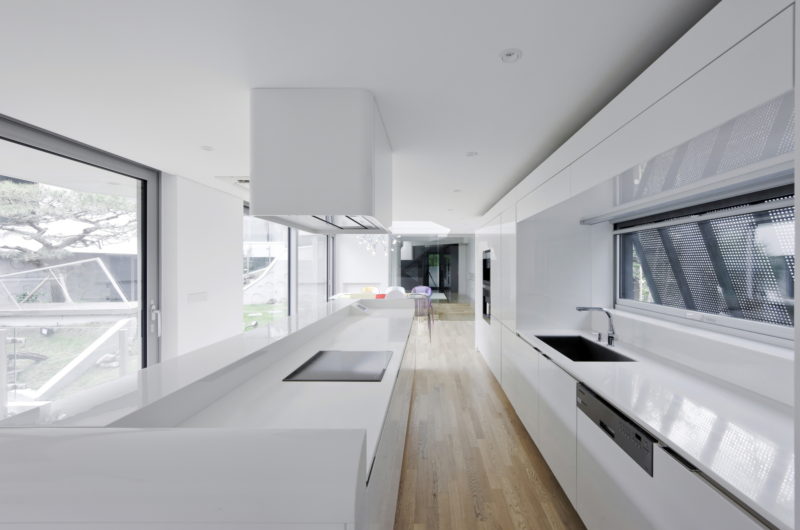 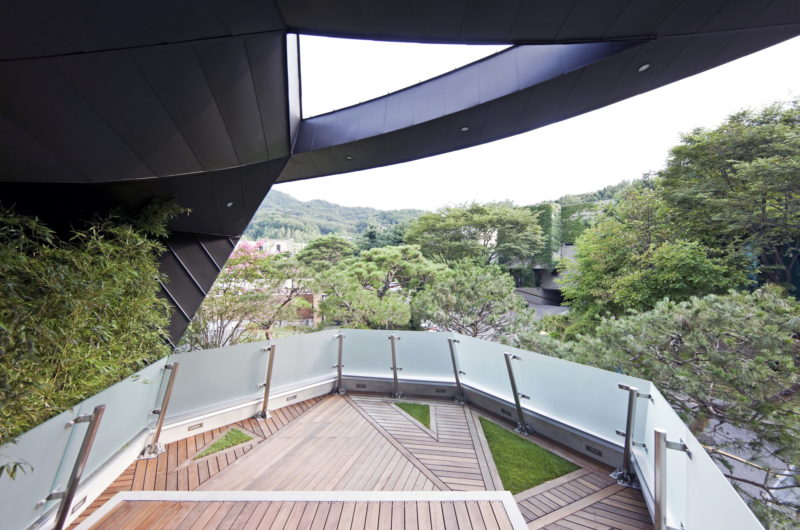 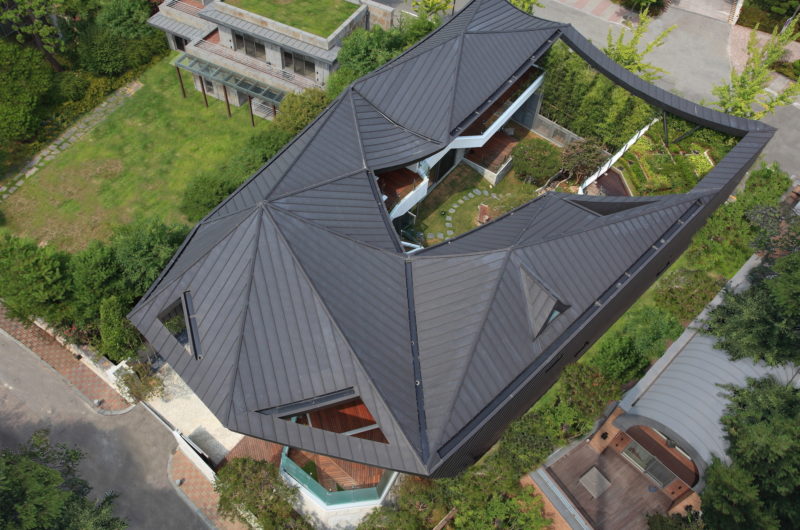 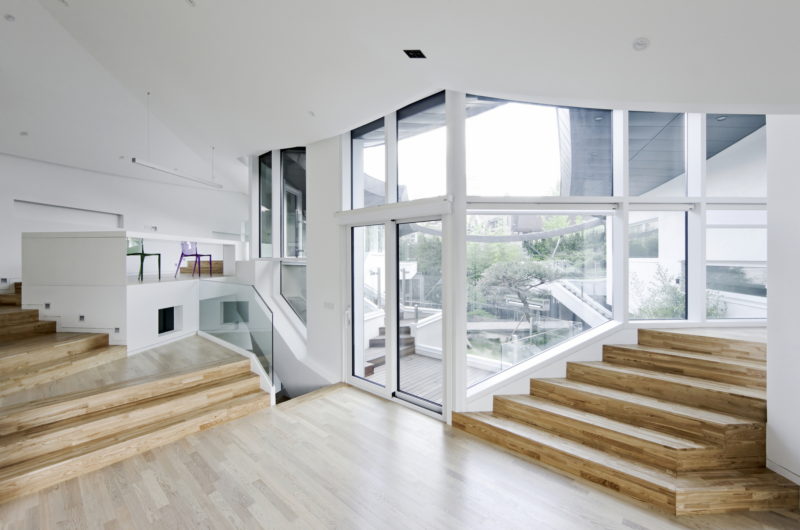 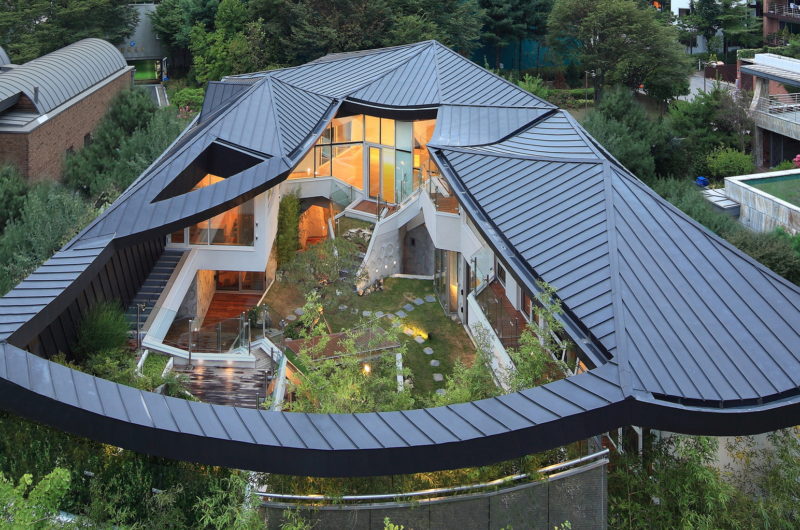 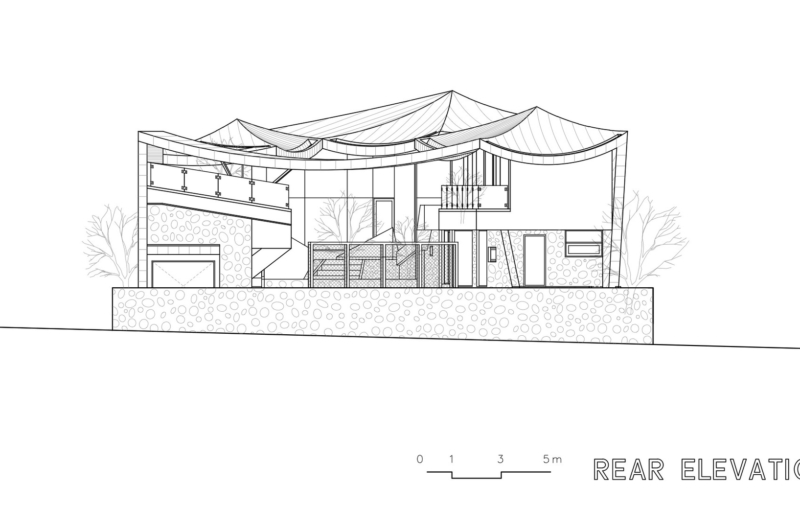 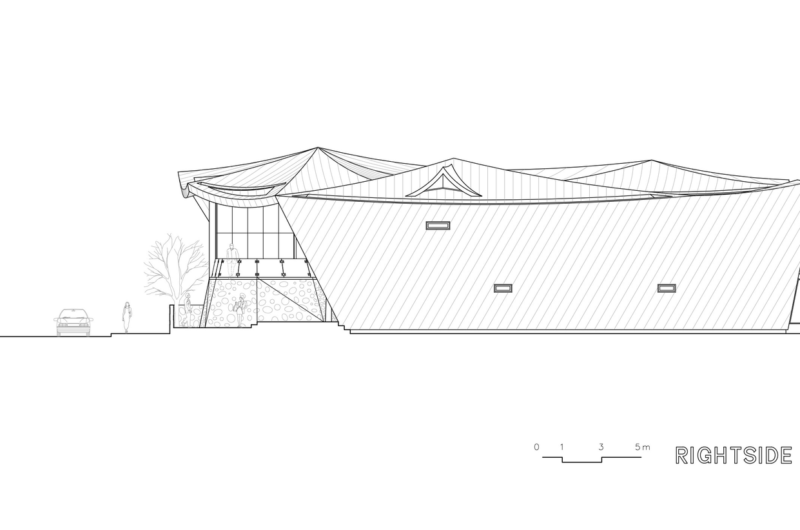