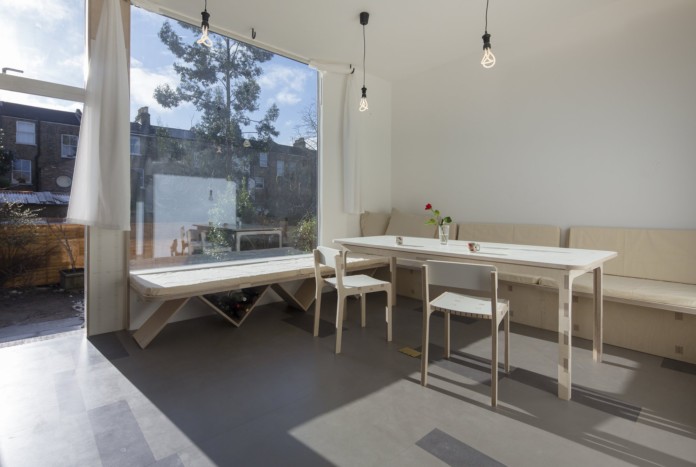 House of Trace was the focus an extensive renovation process that was completed in 2014 by TSURUTA Architects in London, United Kingdom. The old extension for this modern home was torn down and was replaced with a new, visually-appealing volume that complements the original abode and respects its identity. The materials used for the project were purchased locally, and the entire building was modeled tri-dimensionally alongside its components in order to facilitate the construction process. 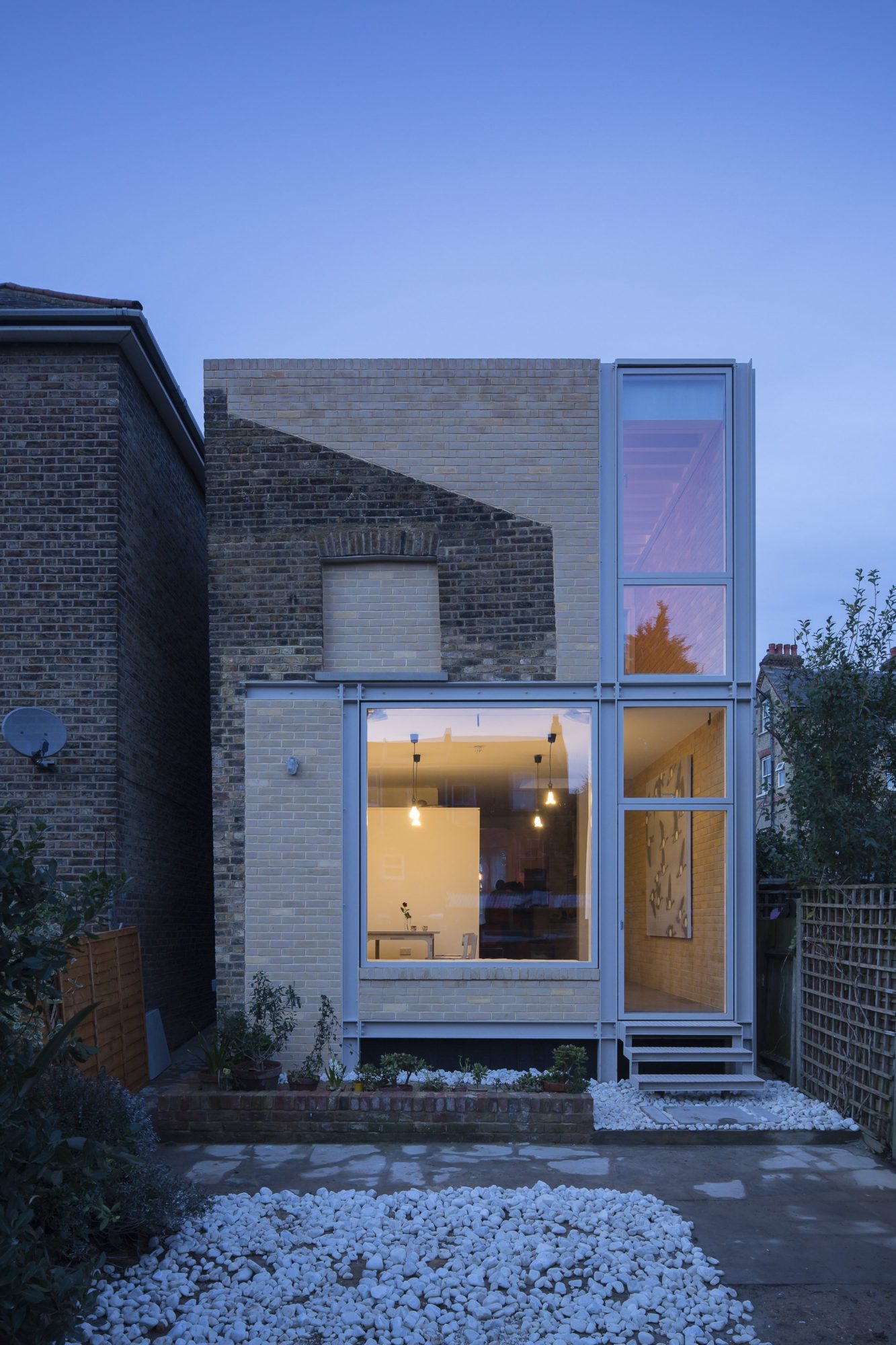 Furthermore, some parts and furnishings were CNC-processed, which greatly reduced costs and fabrication times. The most noteworthy CNC flatpack executed elements include the chairs, the dining table, the beds and the interior staircase. The staircase connects the two levels of the abode, both of which enjoy plenty of natural light throughout the day due to large windows and openings. 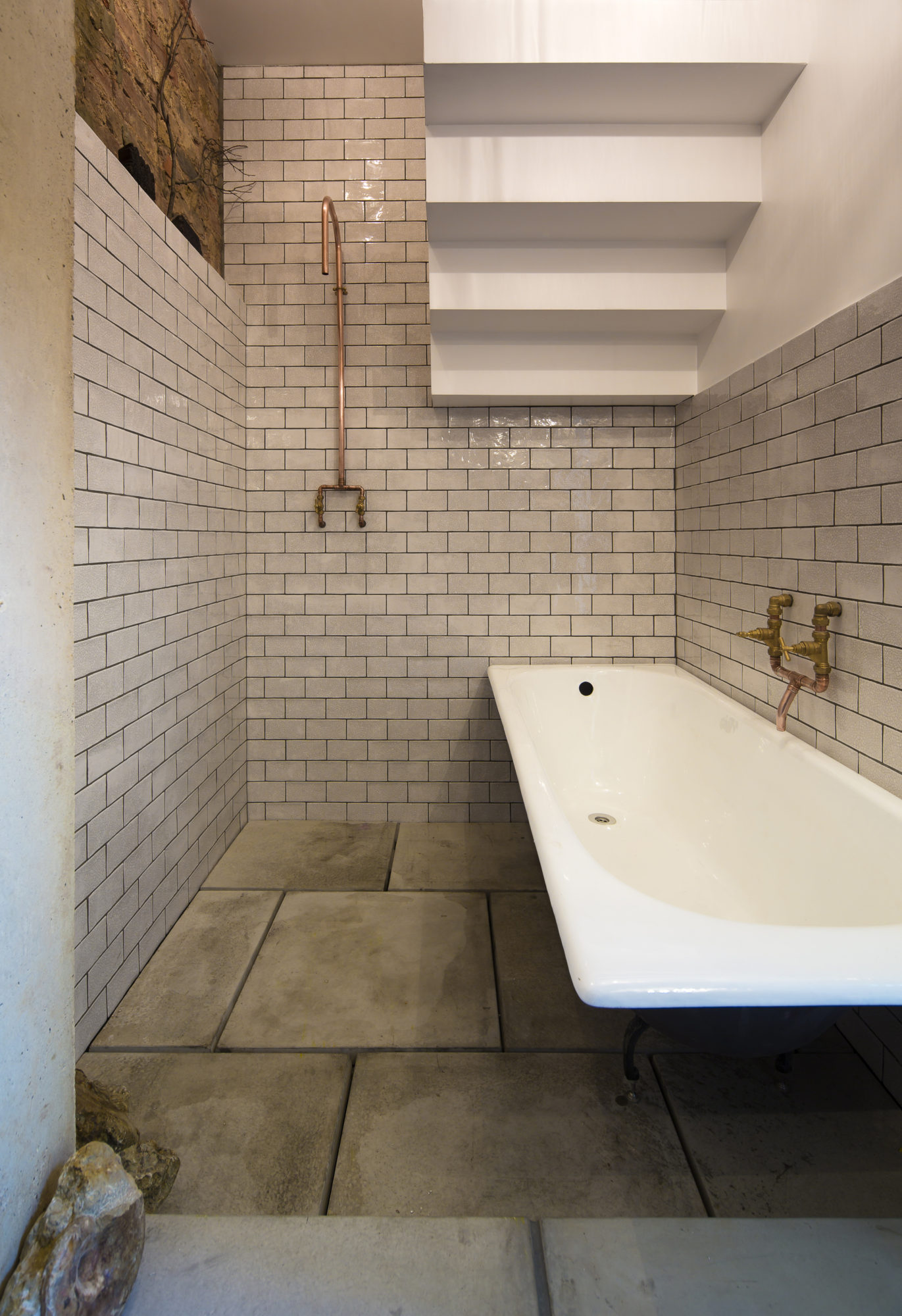 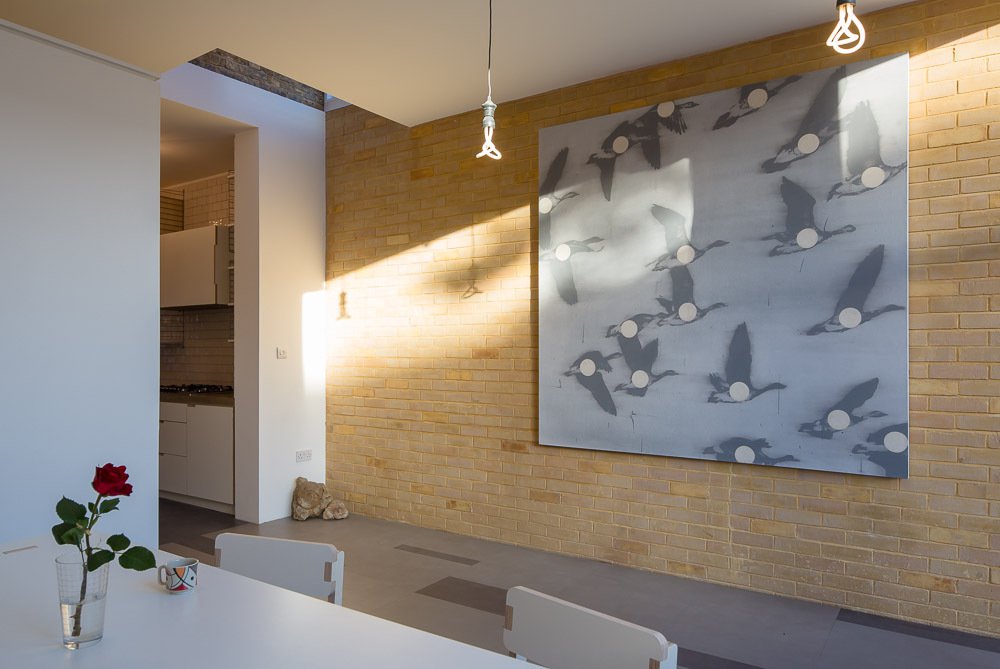 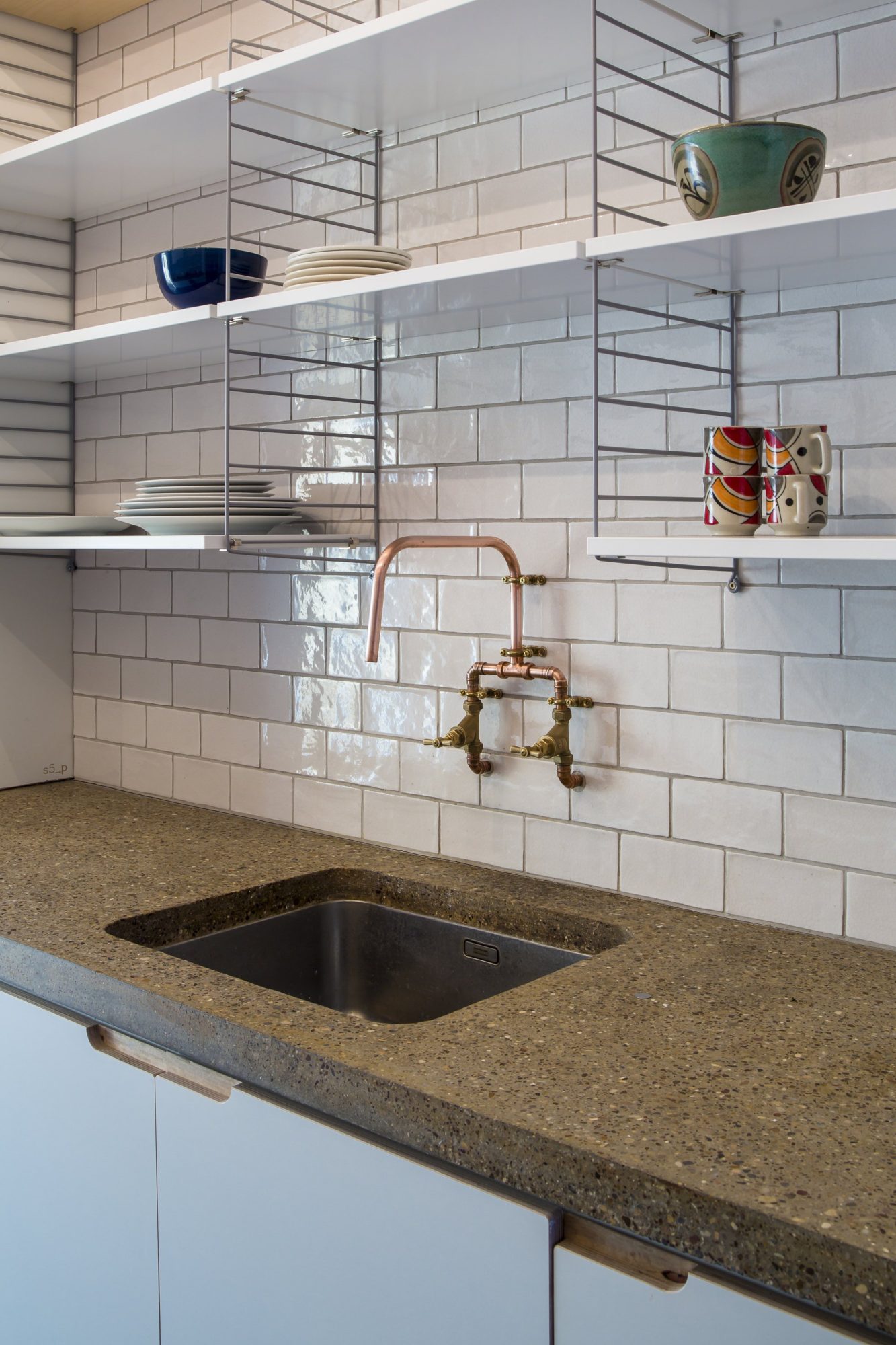 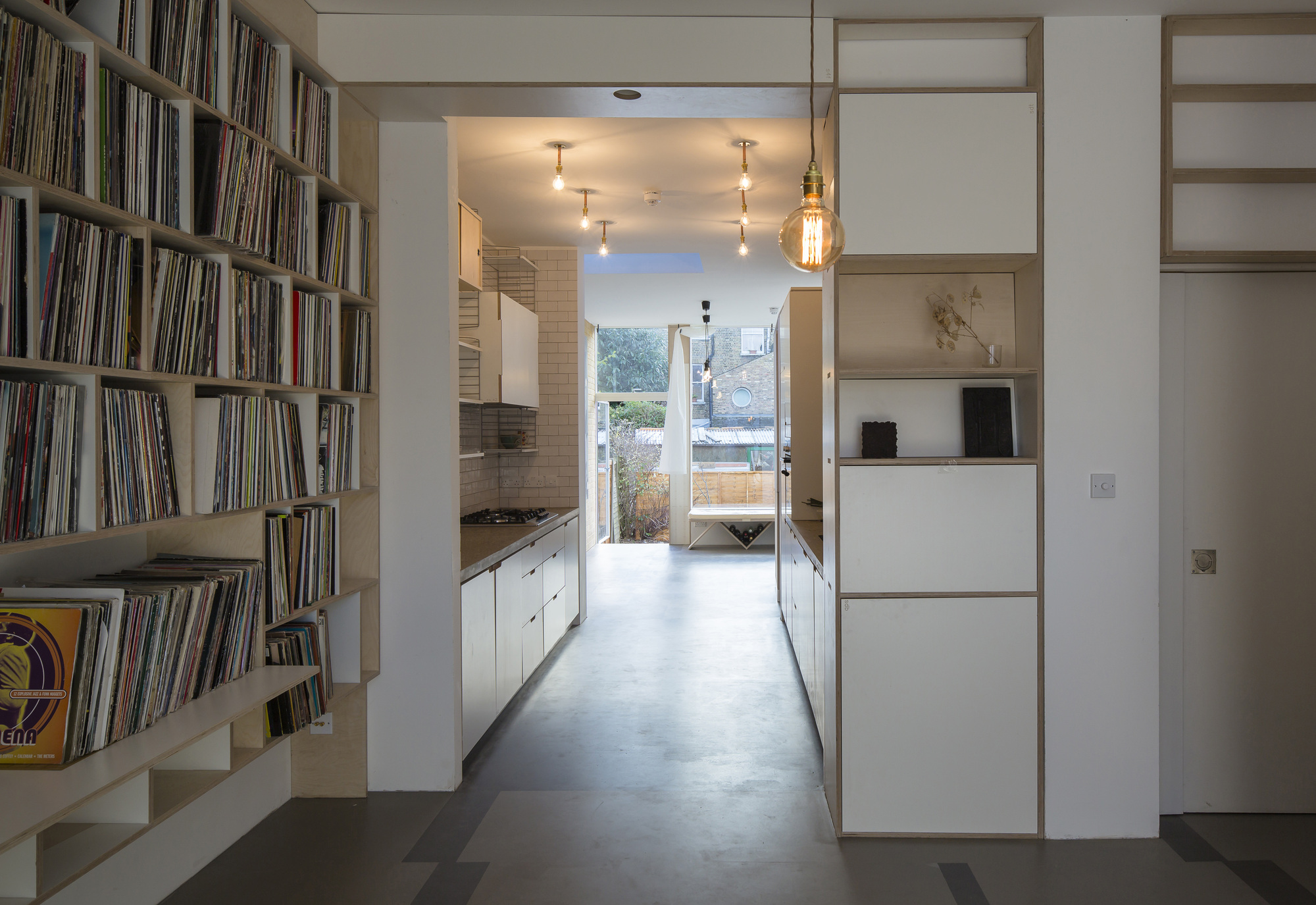 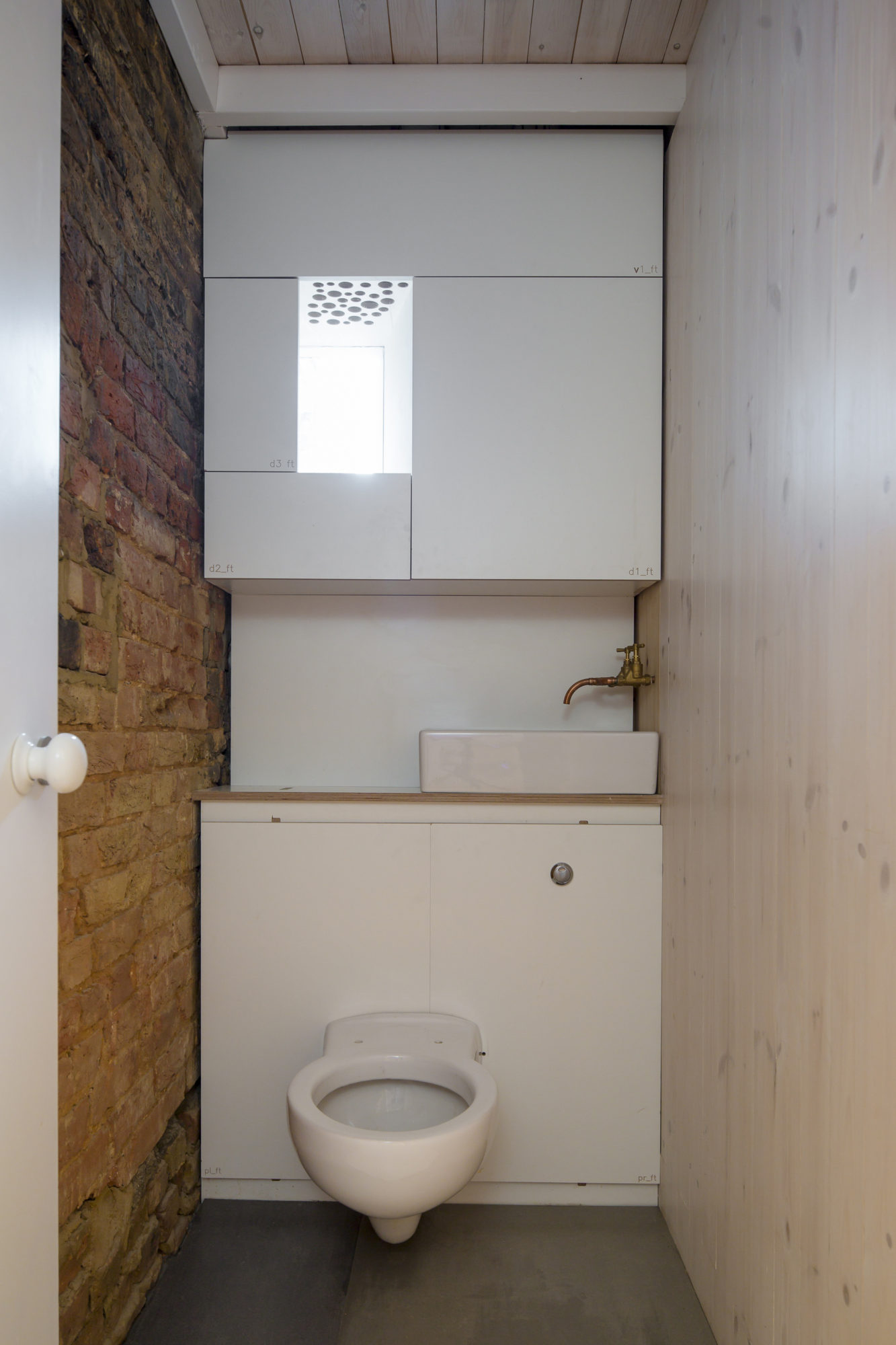 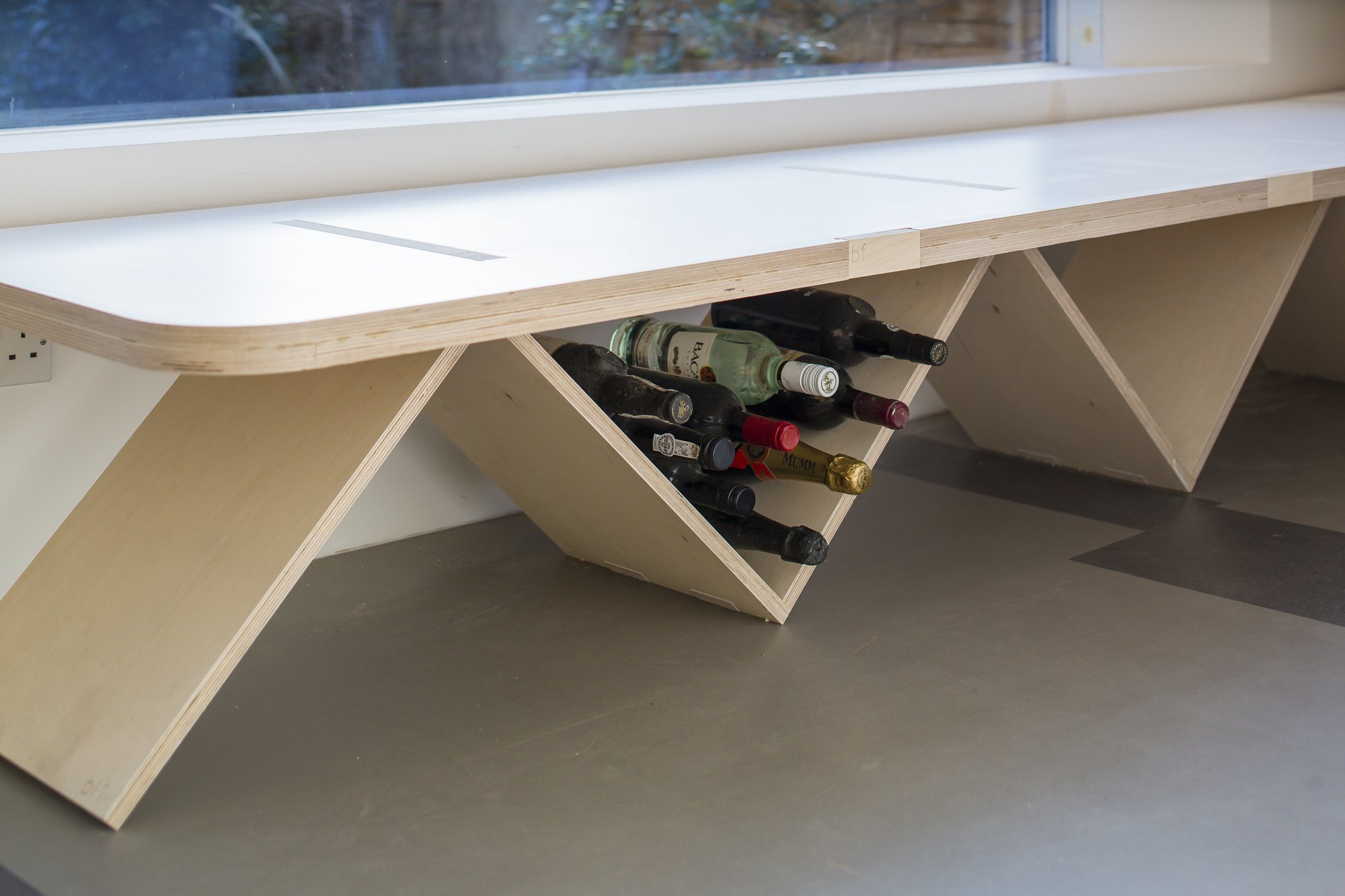 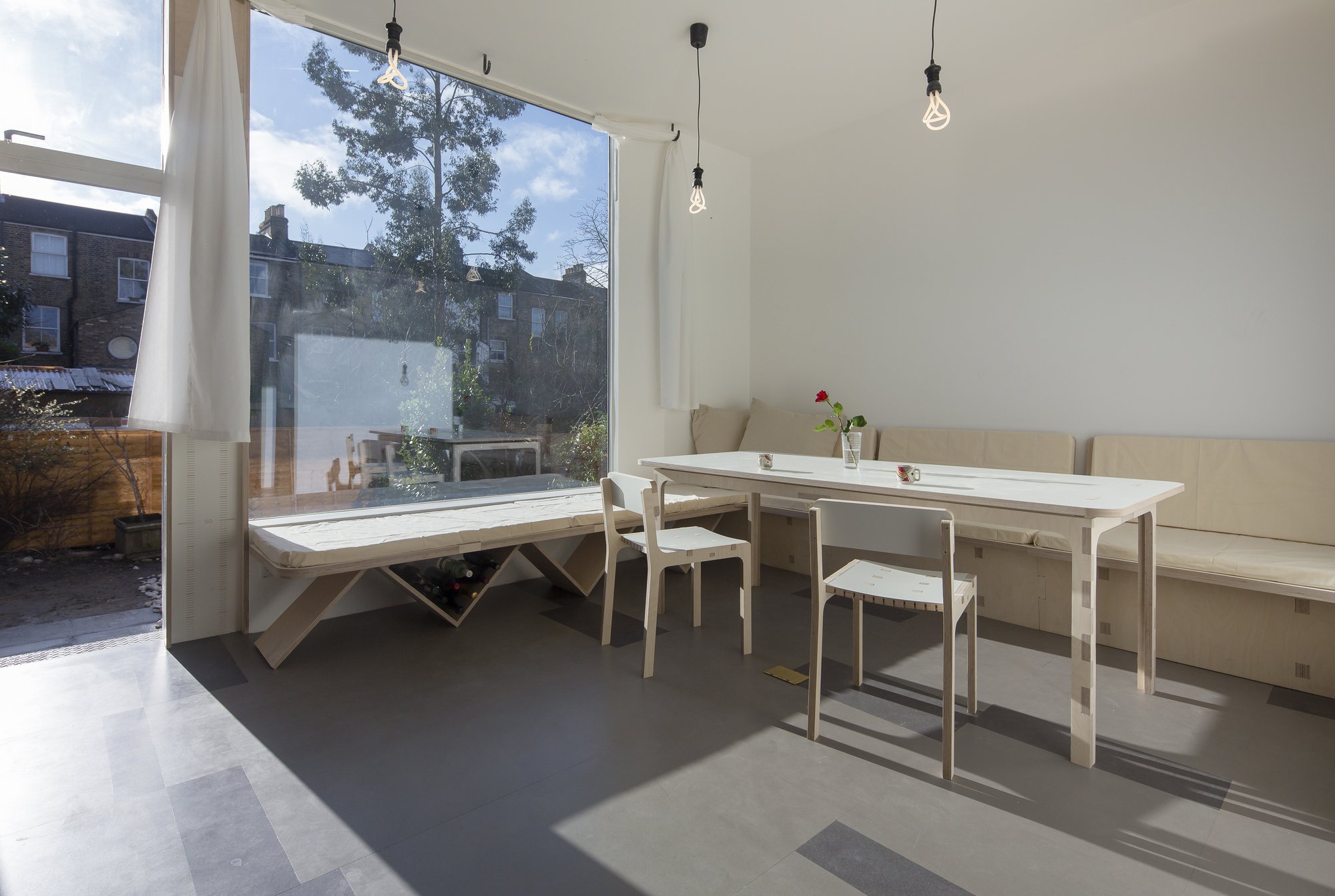 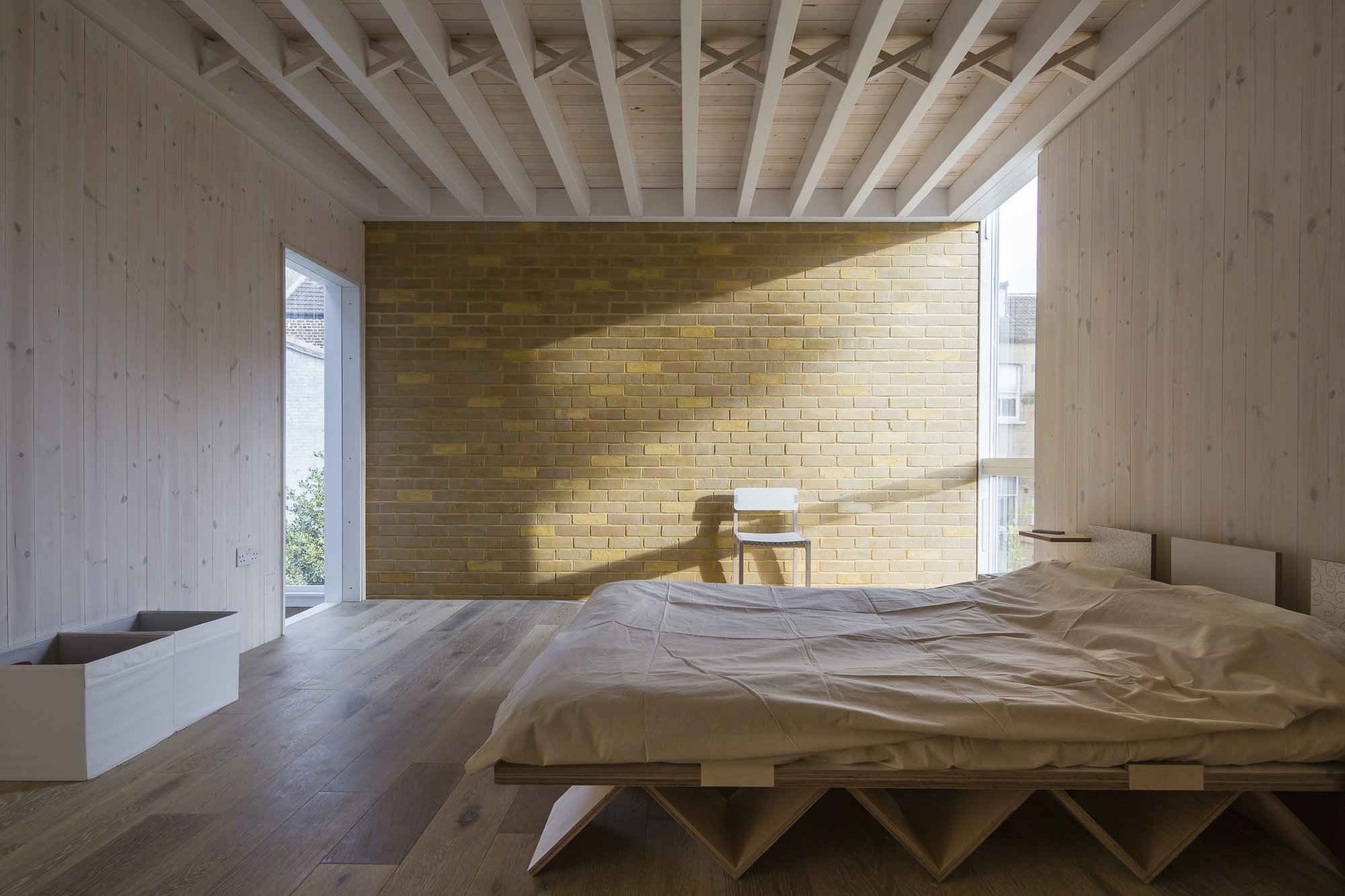 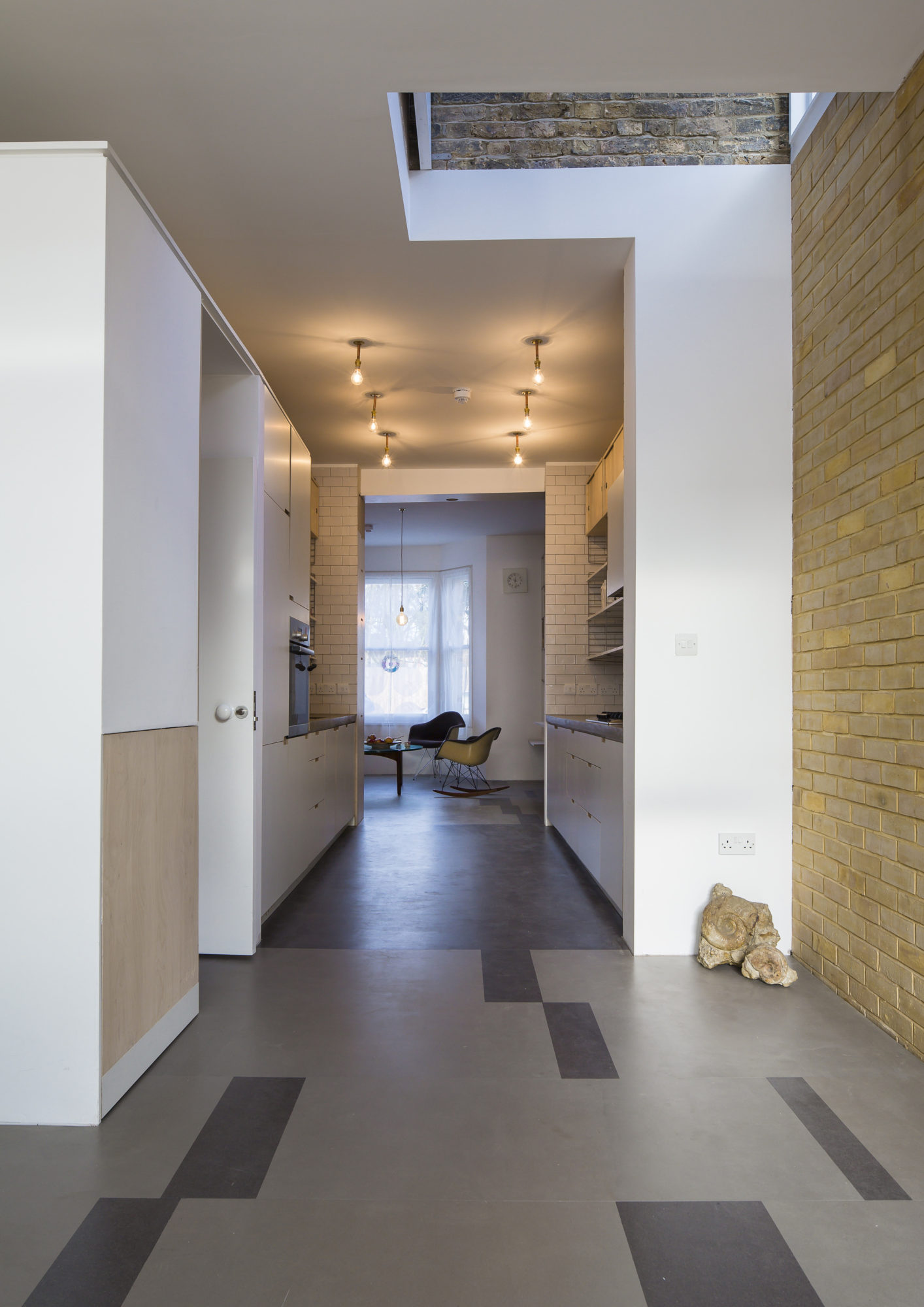 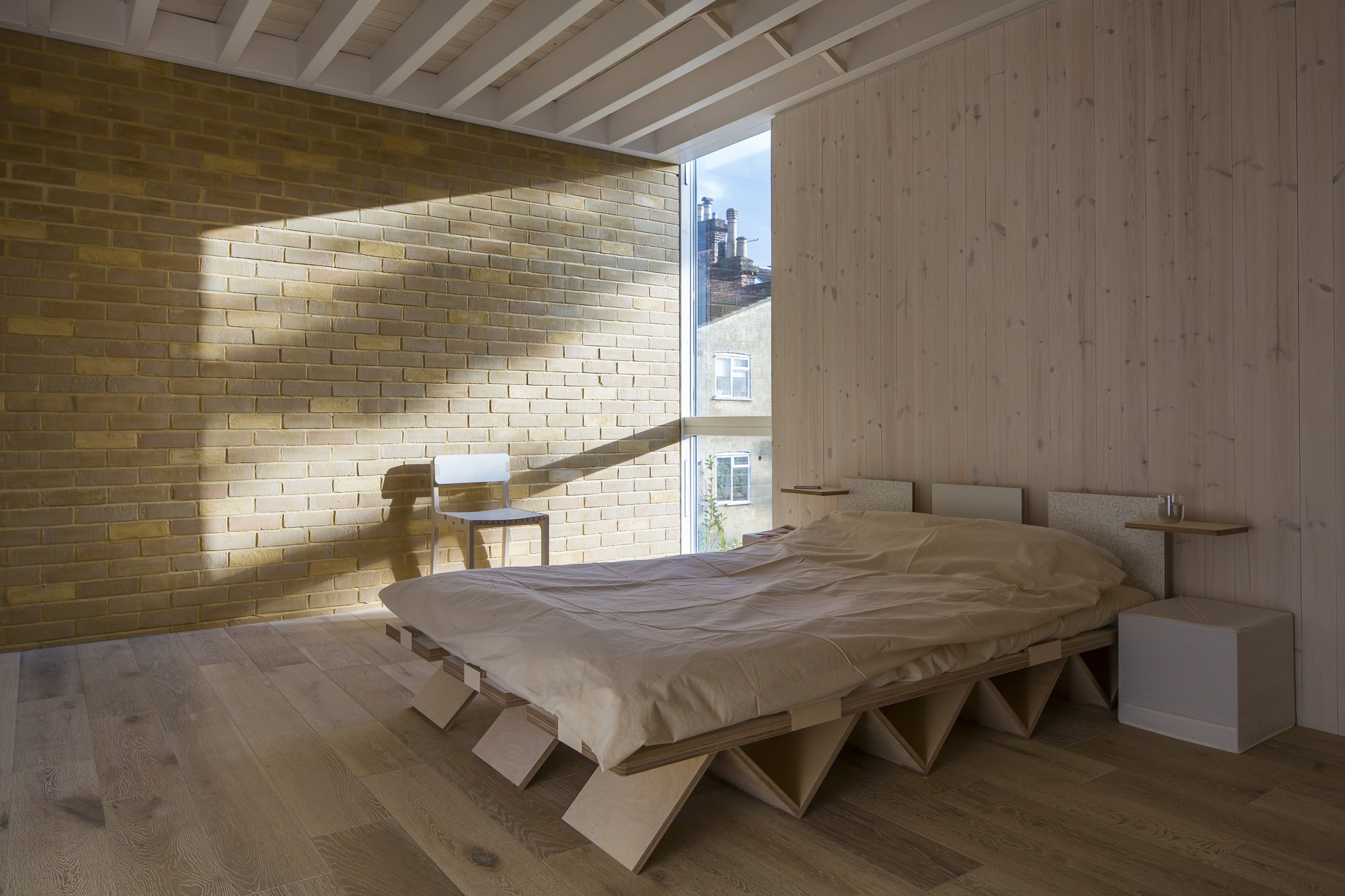 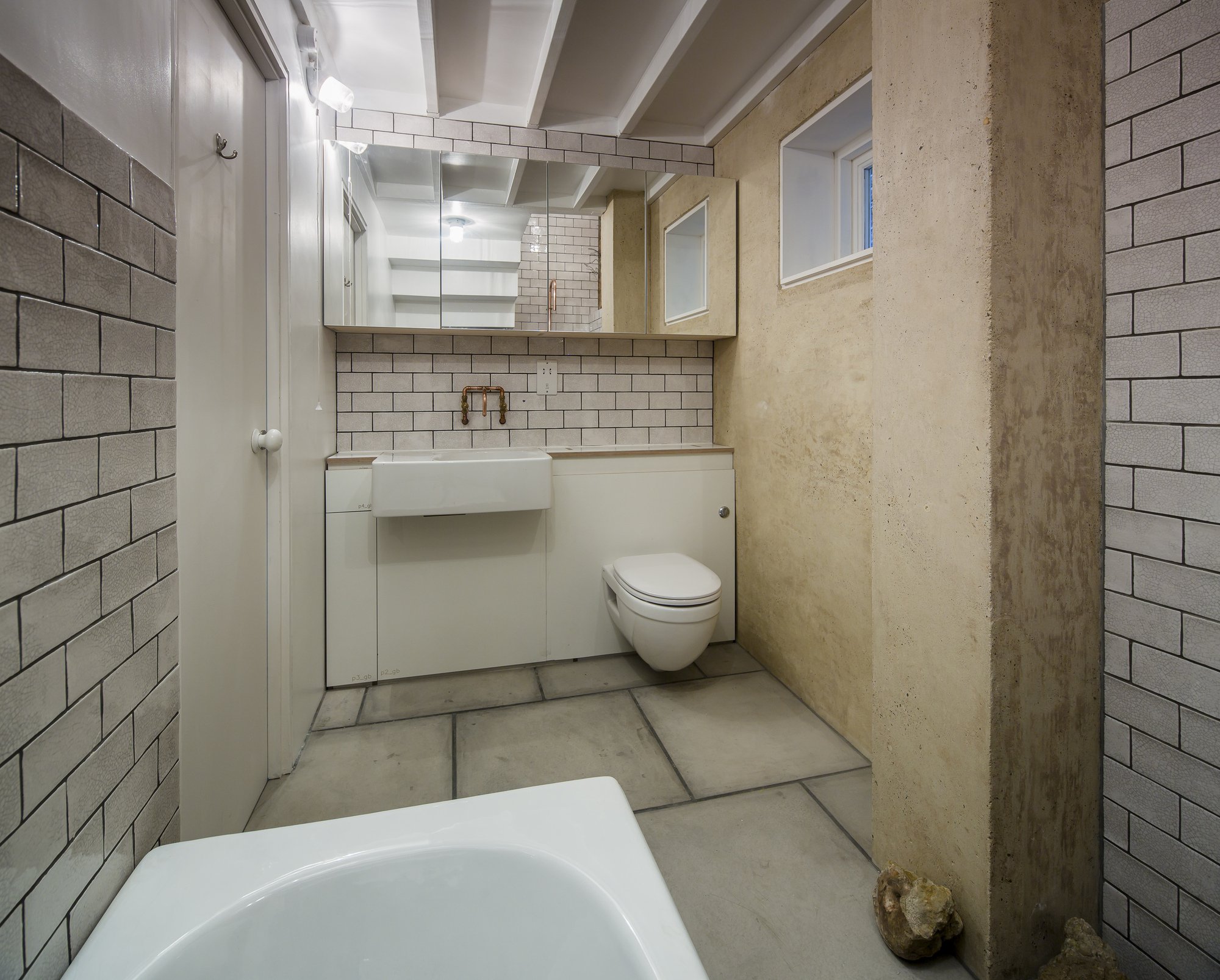 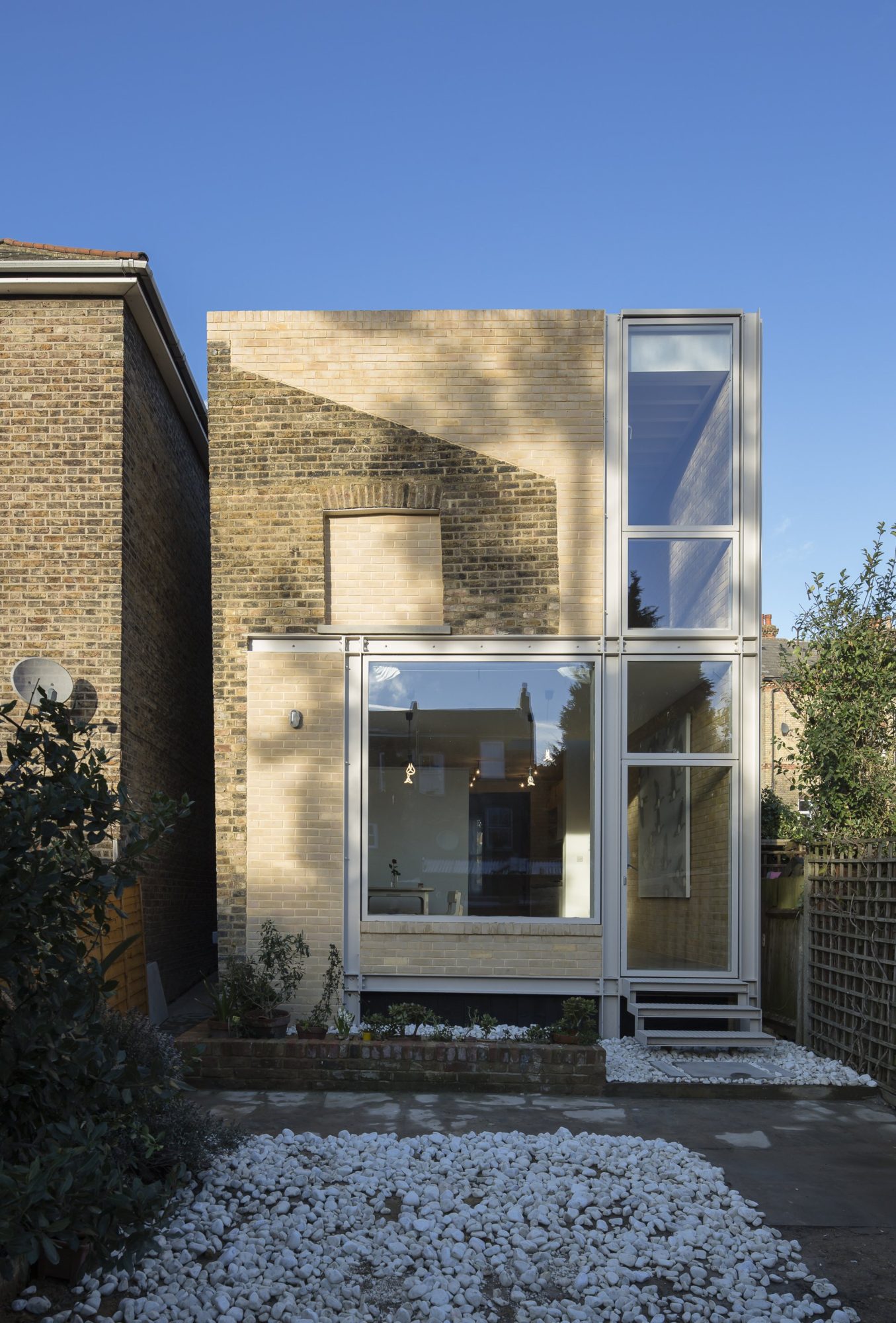 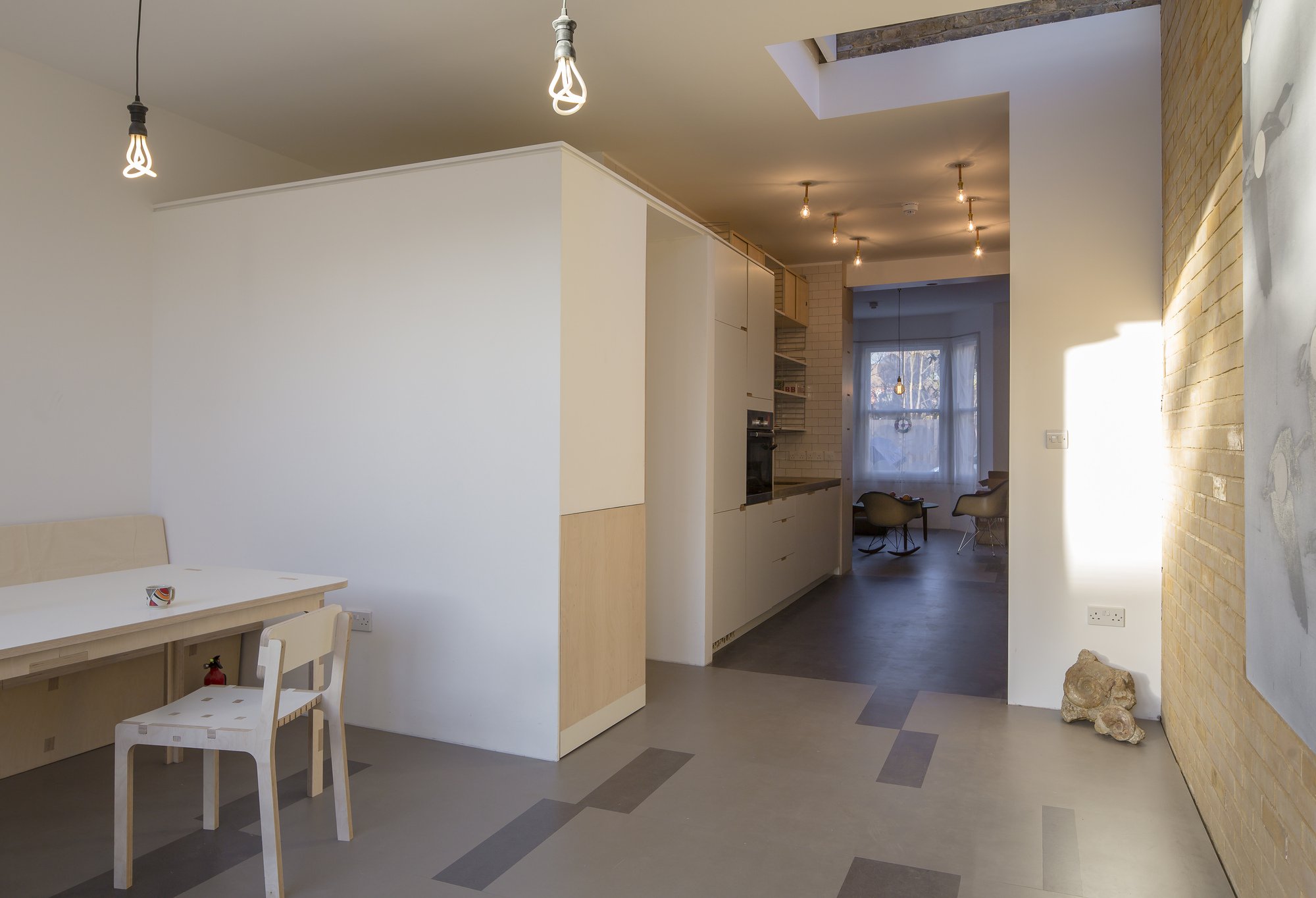 The demolition of the original extension and its replacement, called for an intervention that can be a part of the original main building without replicating classical vocabulary or gesture. Our intent was to keep a sense of memory, while simultaneously allowing the new intervention to have its own identity. The original extension had no distinct historical or architectural value, and was structurally unsound, but it had a sloop roof profile typical of those found in terrace house back gardens. We chose to incorporate this banality in the new face of the rear garden – in a way fossilising and persevering its charm to carry some sense of associated memory to those who know it or those who see it new.

As we uncovered the original building fabric, we discovered the history of the house. One of the existing walls had been leaning at a displacement of about one brick thick towards an adjacent building. These significant old movements were registered as cracks on the leaning wall, and have now been revealed and retained within the corridor.The structures of the new envelope have been exposed internally wherever practically possible, so that these surfaces will register the future stories of the house. They also narrate a story of local domestic construction methods by repeating some redundant details that recall the previous state of the house. The bare plaster finish is left exposed in the children’s and second bedrooms. Hand marks of workmen trace the process of the work and are now recorded on the internal faces of the building’s fabric. The slow patination of bespoke copper and brass fittings shows the passage of time as they change from their original colour. By registering these notions of memories, the inconsistencies of daily life could fully inhabit the space.

The building materials are all ordinary materials available at a local builder’s merchant – the full potential of which were tested through our detailing and different methods of site executions. The entire building and components were all modeled three dimensionally, with some components and furnishings further broken down to be processed in CNC, so they could be brought to the site as flatpack components. This process cut fabrication time and costs significantly, and reduced the distance between the drawing board and execution on site. Many designs could be executed within a few days notice and at no increase in cost – such as the cheese hole ventilation grill in the kitchen and the children’s height ruler on the column casing.The record of this CNC flatpack process can be traced to the numbering system visible on the faces of each piece. The executed flatpack elements include dining table, chairs and beds, as well as the internal stairs. 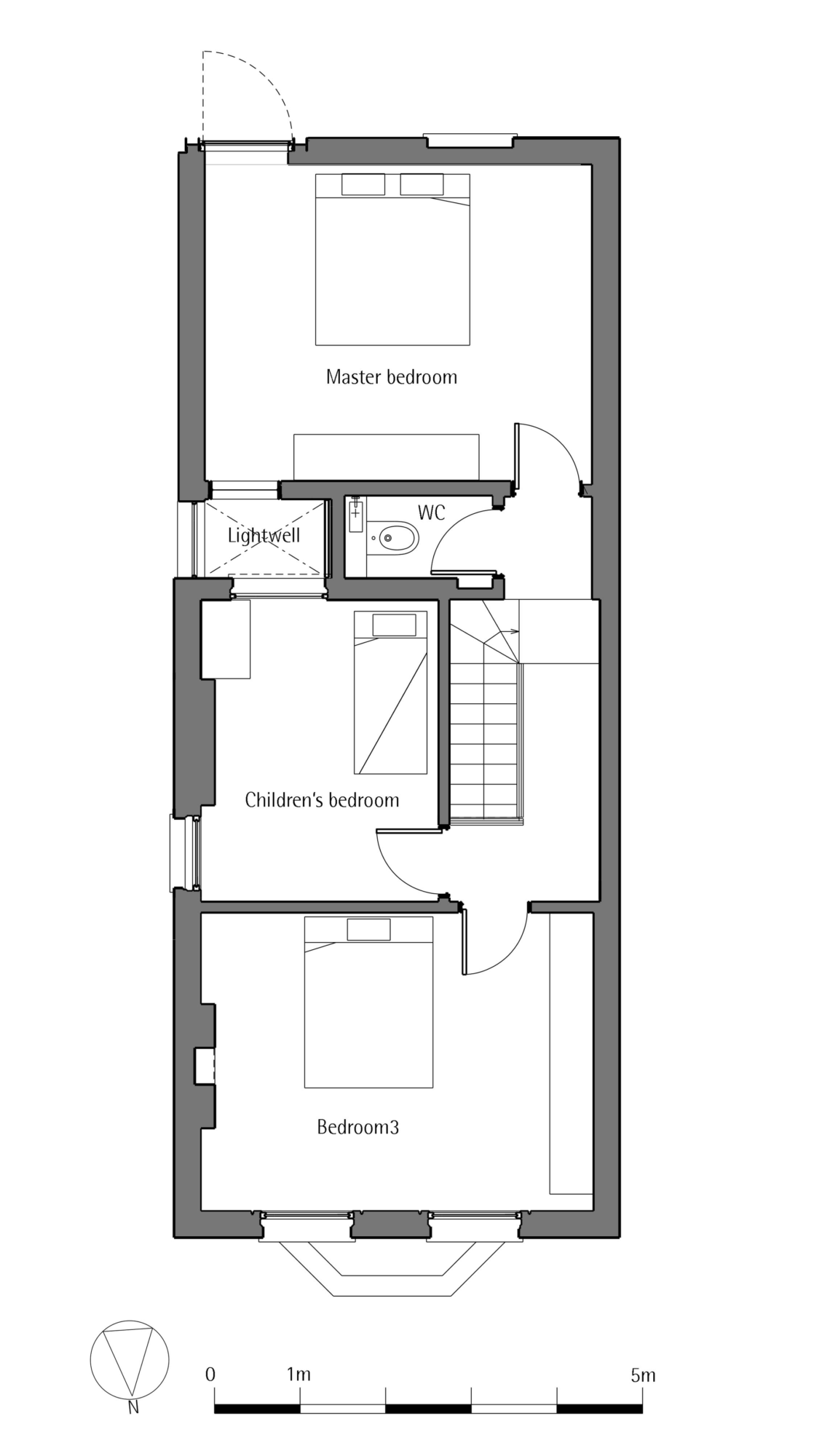 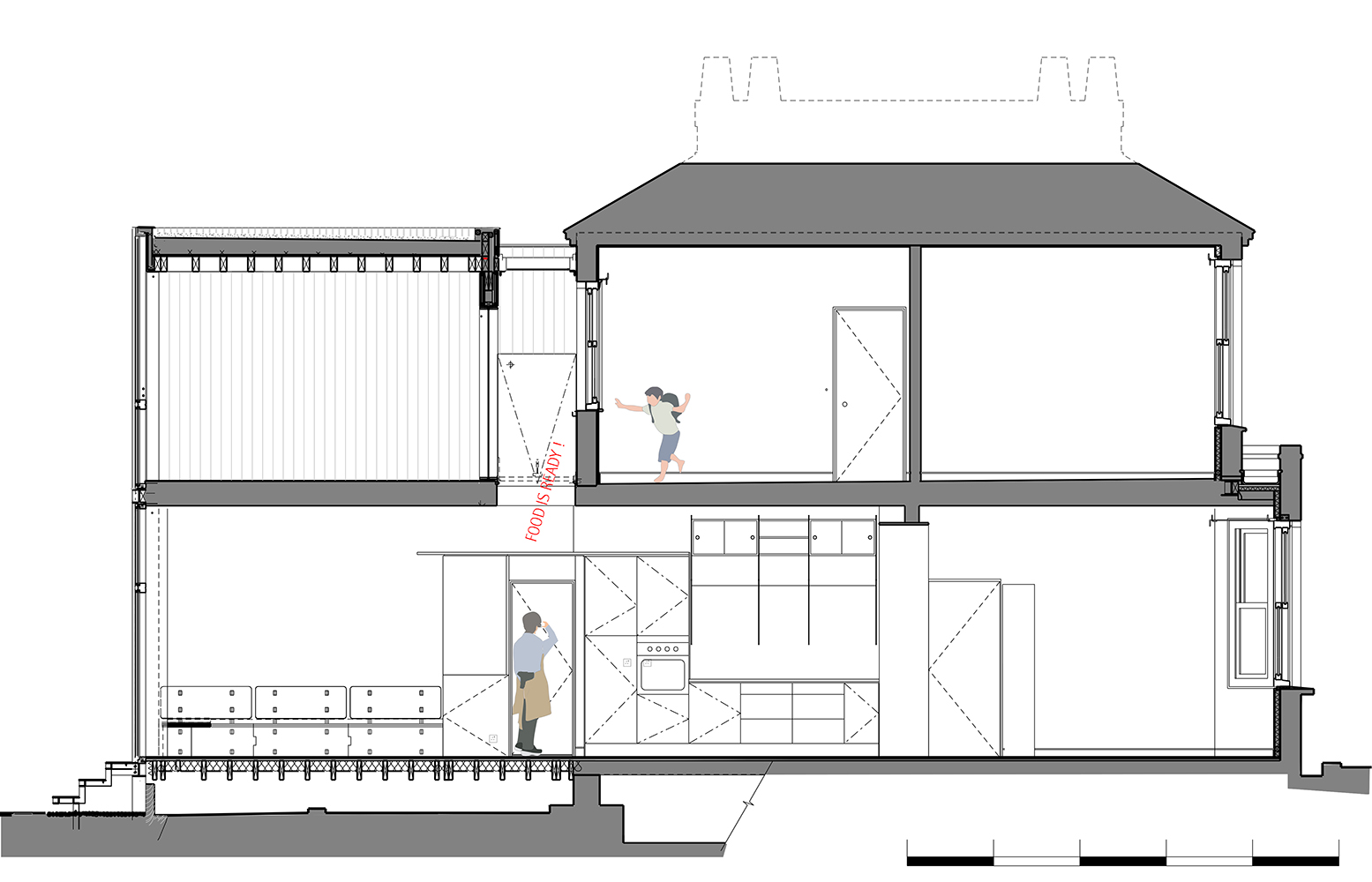 Sheer Opulence for Sale: A Magnificent Residence in Utah Mistakes to Avoid When Renovating Your Dream Kitchen