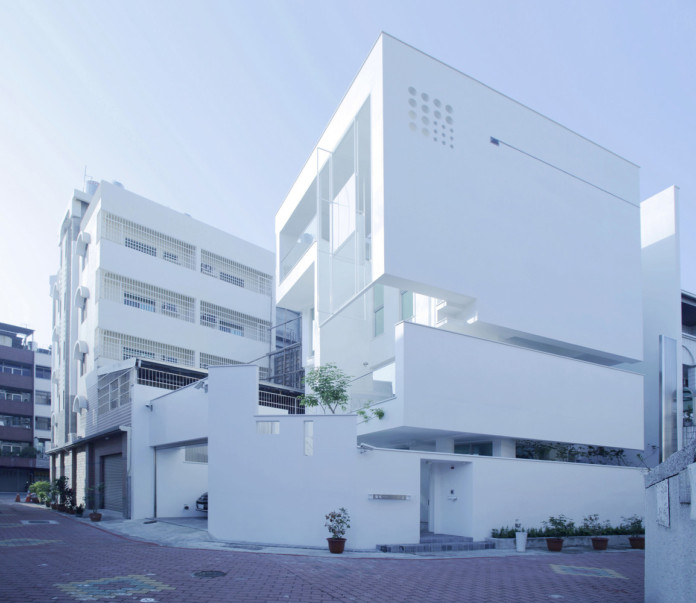 Street Canvas was completed in 2012 by a company called TA Architect, and it can be found in Tainan City, Taiwan. It offers 3,207 square feet of living space and impresses with a minimalistic design inside and out. The building flaunts a crisp white façade that gives off an air of elegance and sophistication. On the inside, it boasts well-defined, spacious living areas as well as modern appliances and high quality finishes. 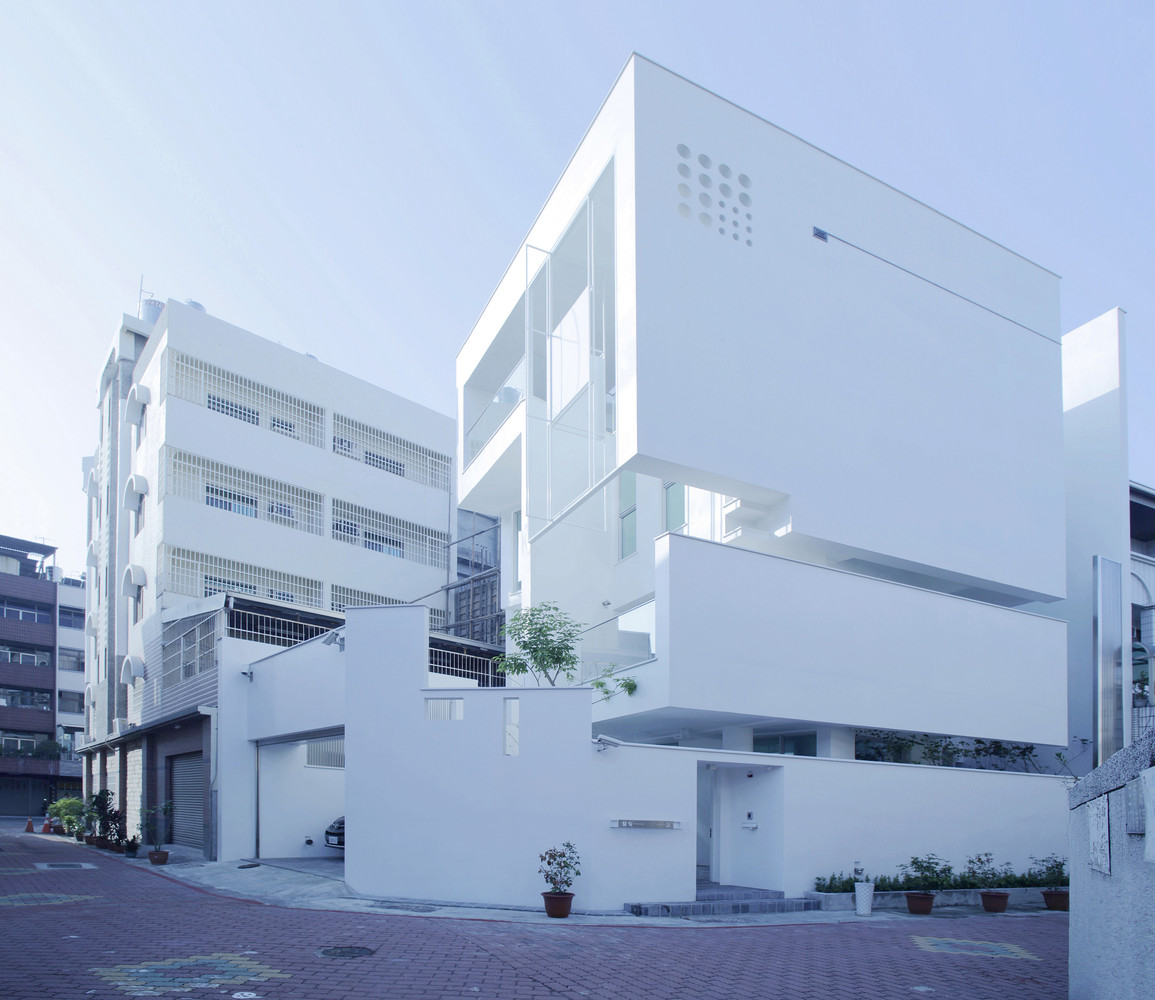 The architects wanted to make sure that natural light would be able to flow seamlessly throughout most of the rooms. They orientated the building so that morning light would be able to reach the dining area found on the first floor in order to allow the residents to enjoy their breakfasts properly.
The Street Canvas residence boasts 4 floors, all of which are connected by interior staircases. 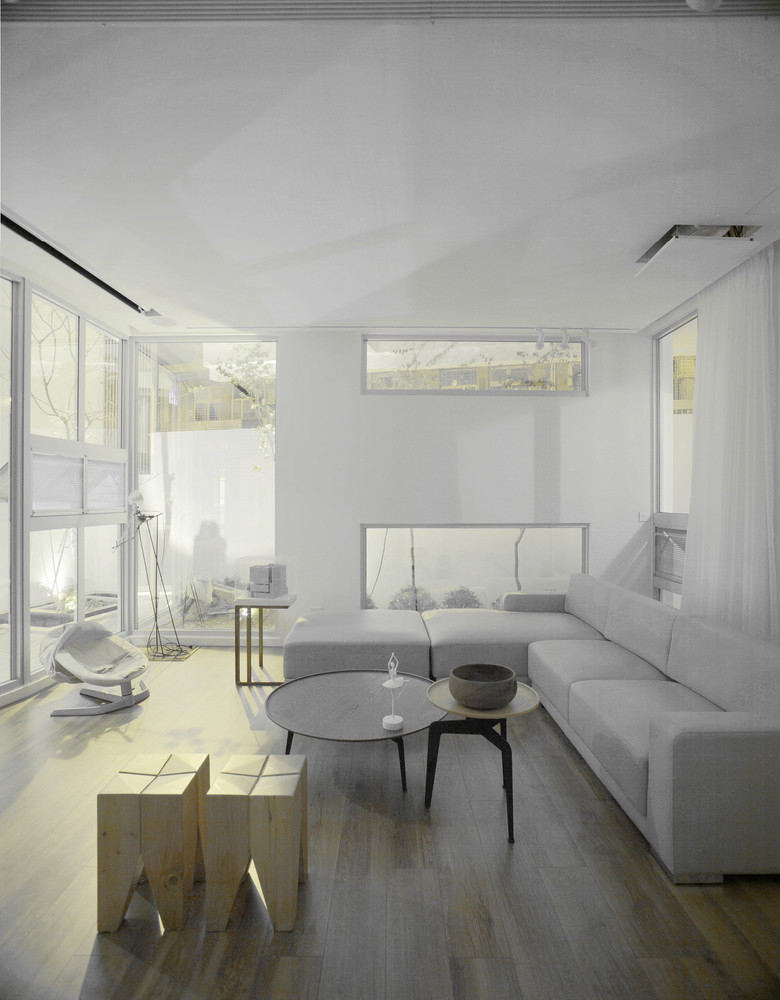 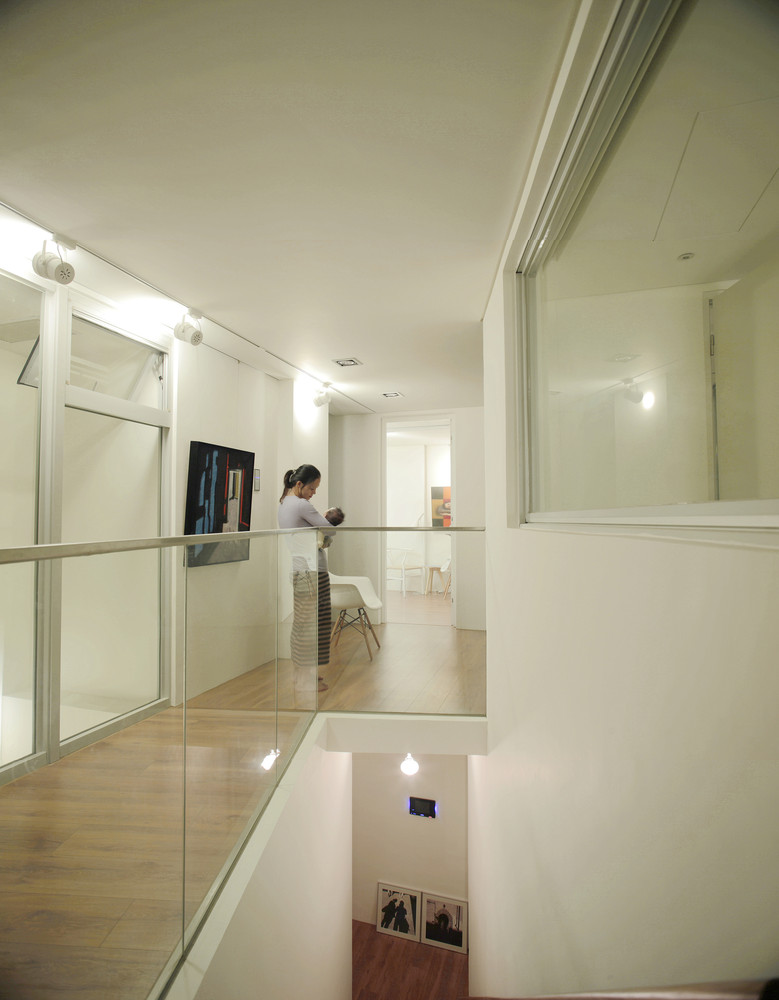 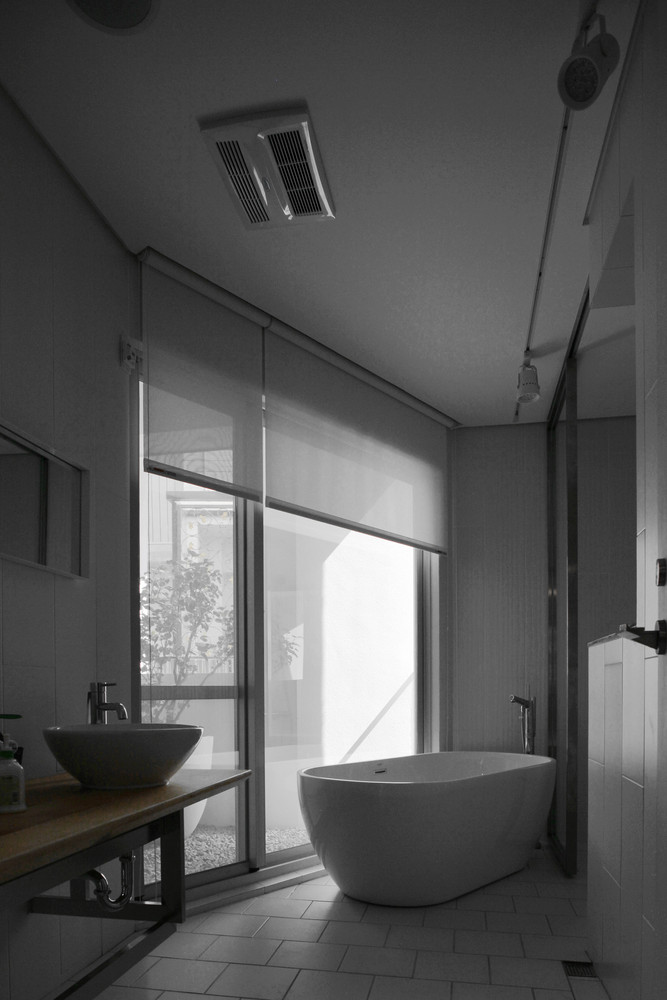 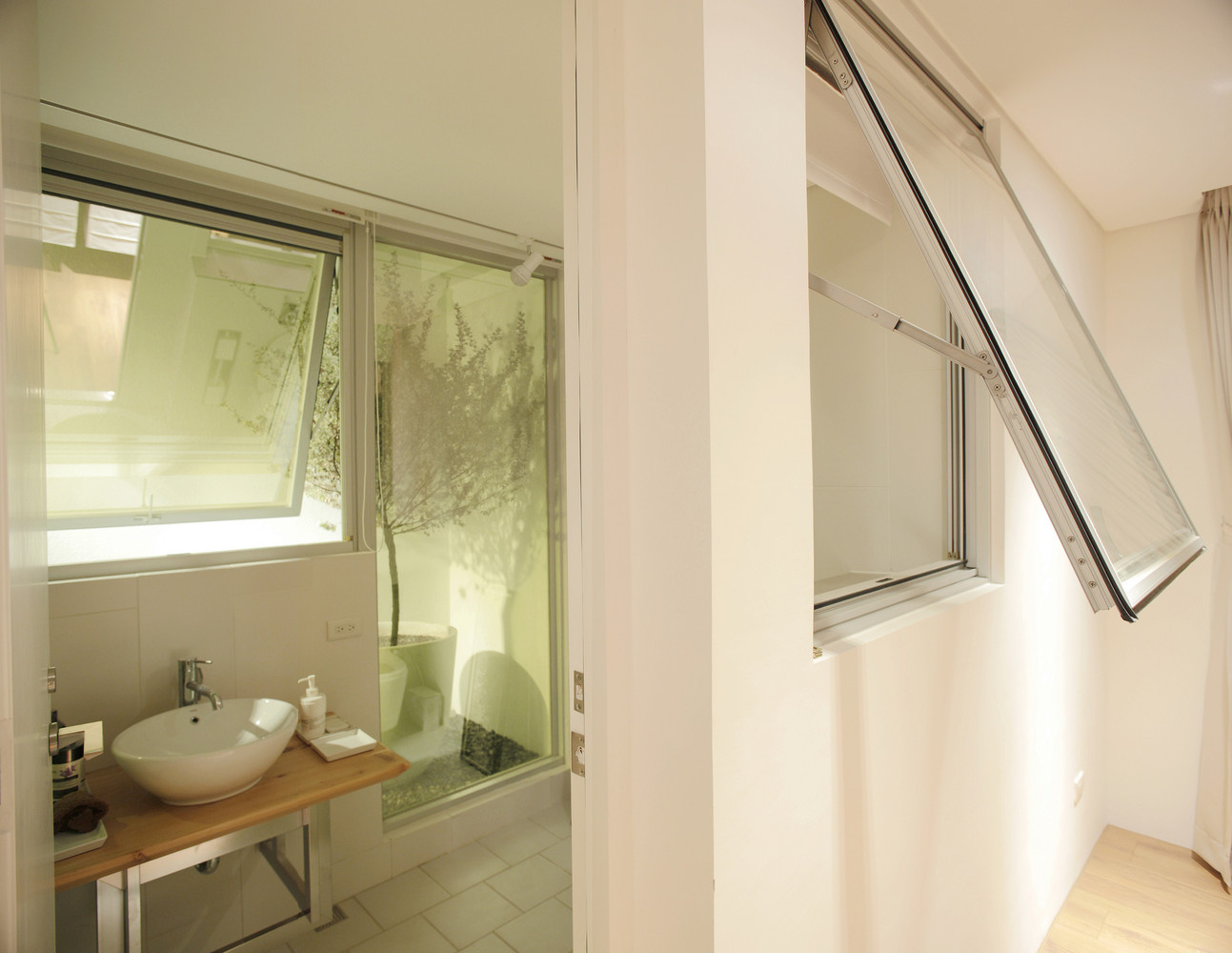 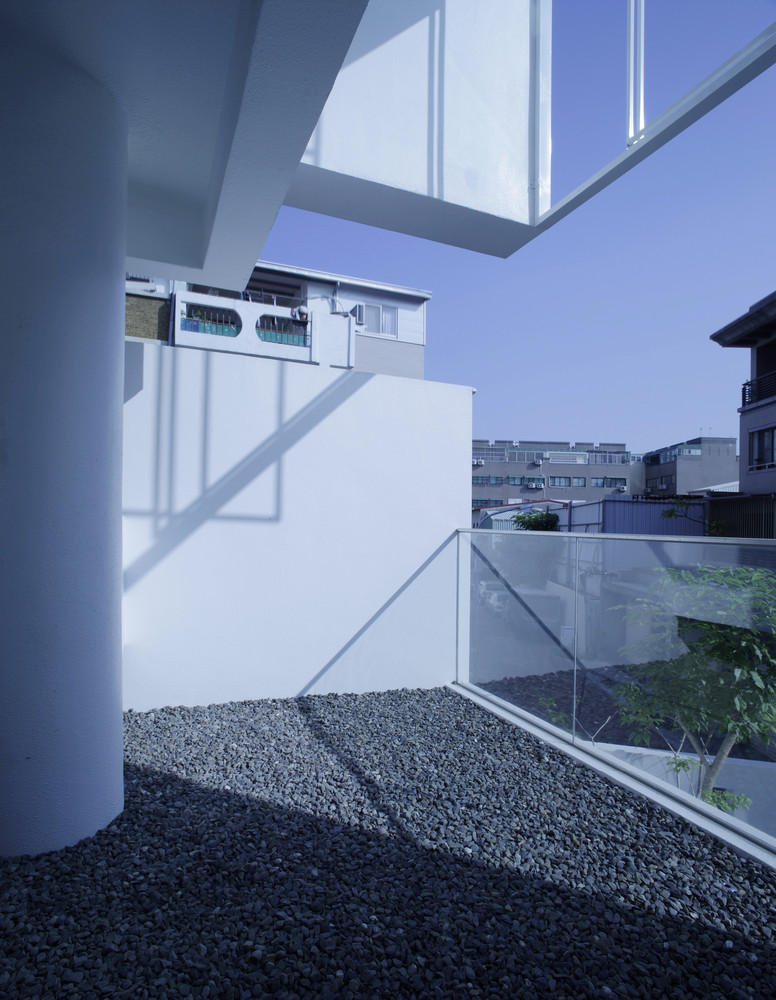 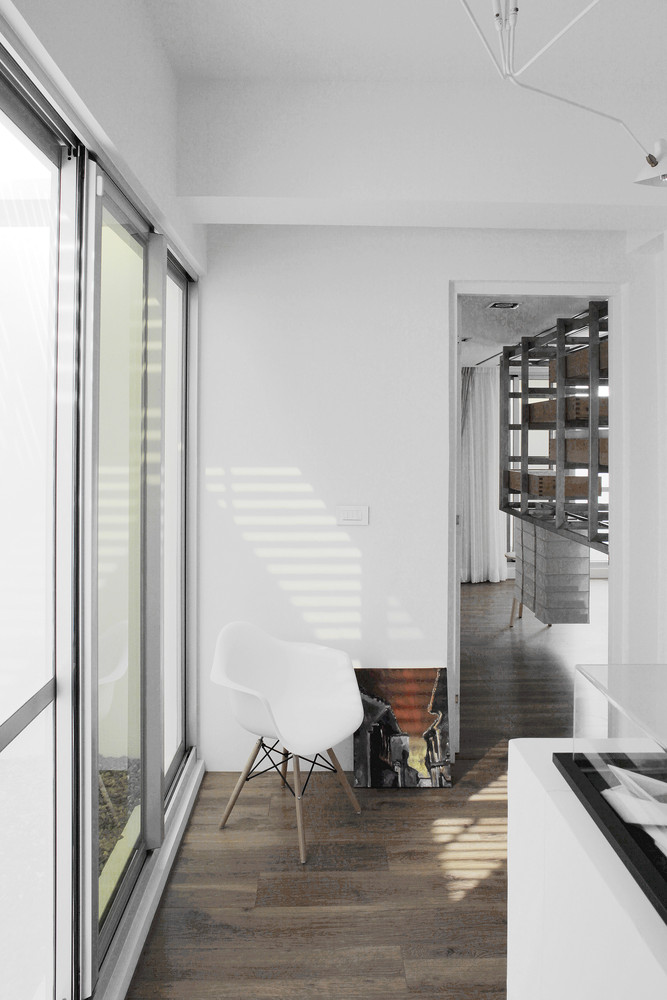 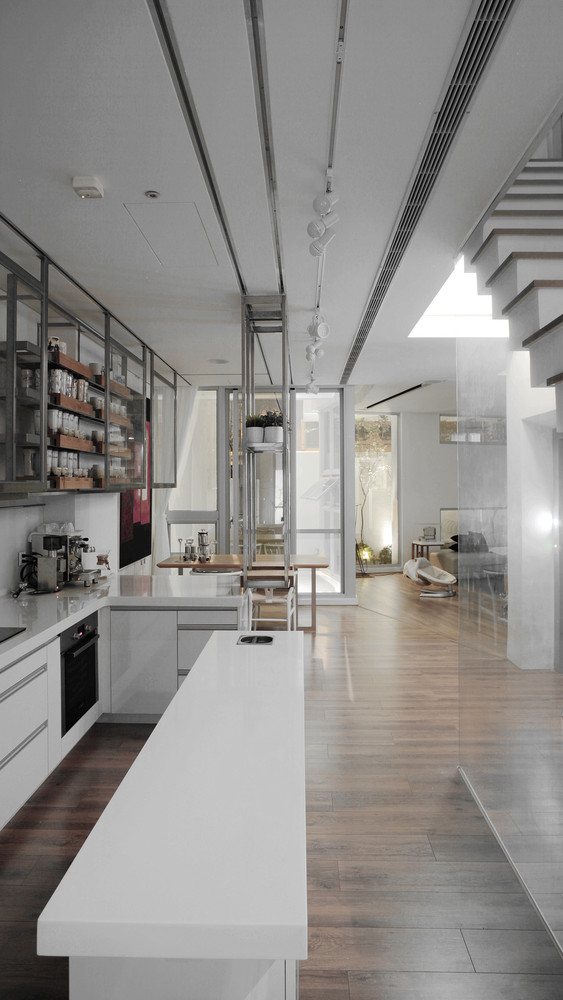 Case is located in Tainan (southern Taiwan) and situated in an alley around the corner. On the south side adjacent to the existing building, on the north side across the roadway is facing the old apartment. We used three design strategies.

Old apartment building has an expression with emotion, but the presence of complex and unknowable usage behavior Meanwhile.In order to achieve balance between the two, we have the case of the appearance as canvas, through tailor-like approach to capture the building emotion with straight, horizontal elongated rectangular or the round hole .On the contrary, use the white and more blank walls in order to leave and block the complex behavior out there.

Second, the implantation of light.

Case should be interesting because of the implant the north side, east side, and south side of the light wells. We hope to introduce the morning light from the east side over the second floor to reach the first floor dining space. The mixing between sunlight and Breakfast, it should be delicious with the dawn.

Most of the house is used as layers separated. This also brings stagnant airflow. We let the airflow to link two or three layers with a simple principle of heat rises, the flow of air is simultaneously introduced into the inter-layer and is used to achieve the family relationship. 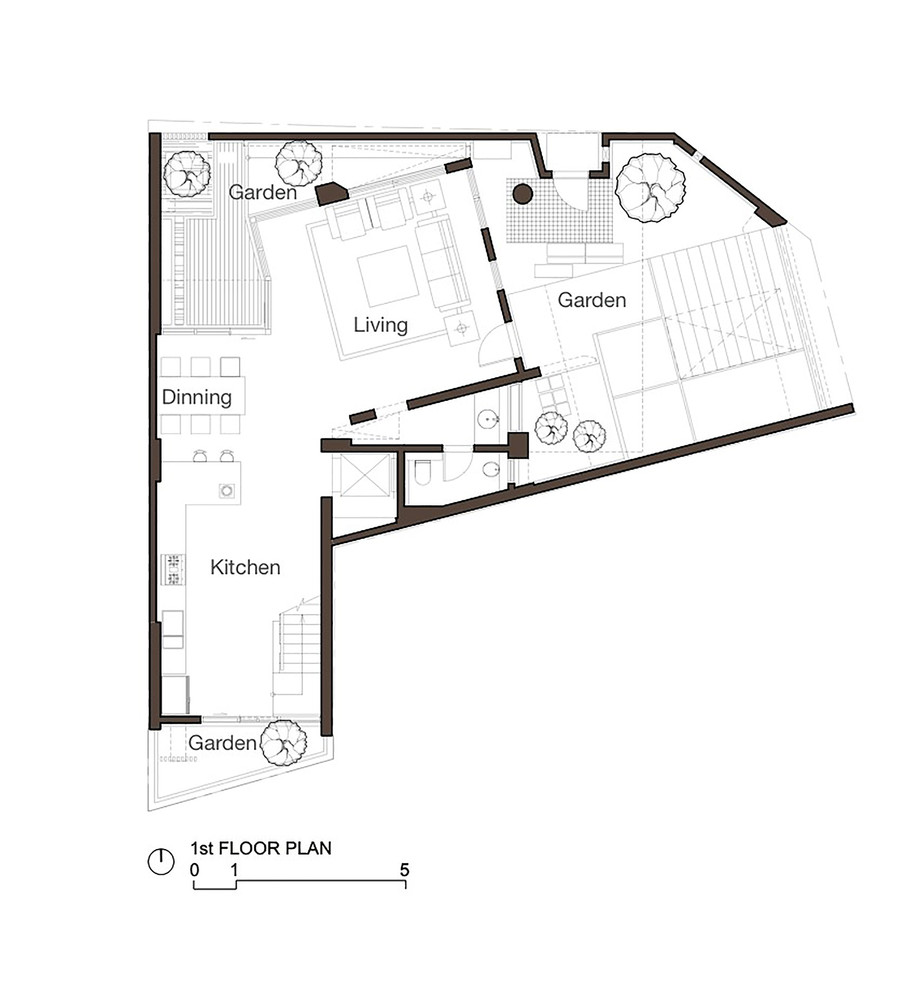 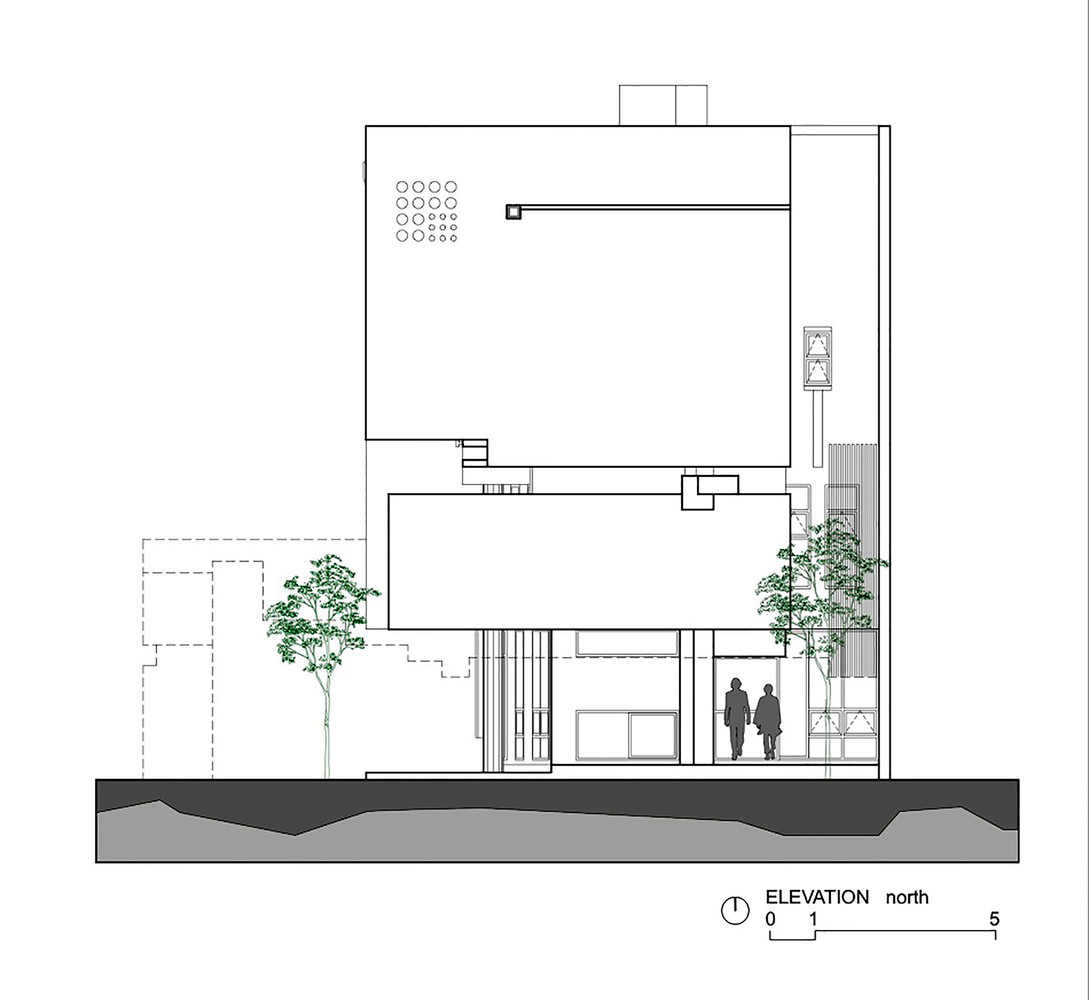 Why You Should Choose Only Reputable Contractors For Your Home Improvement/Renovation...