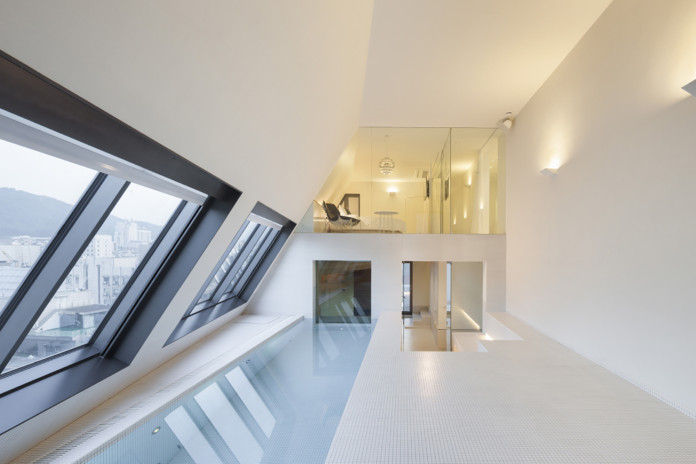 The Snow Hotel is a masterpiece of design and architecture that can be found in Seocho-gu, Seoul, South Korea. It was completed by two companies named Archigroup MA and 1990 Uao, and it distinguishes itself from its peers through its uniqueness. South Korea is a wonderful country, and it surely includes many superb hotels. However, the Snow Hotel was designed to be different. It flaunts 40.590 square feet of space and comprises beautifully designed rooms that offer utmost comfort and unique experiences. 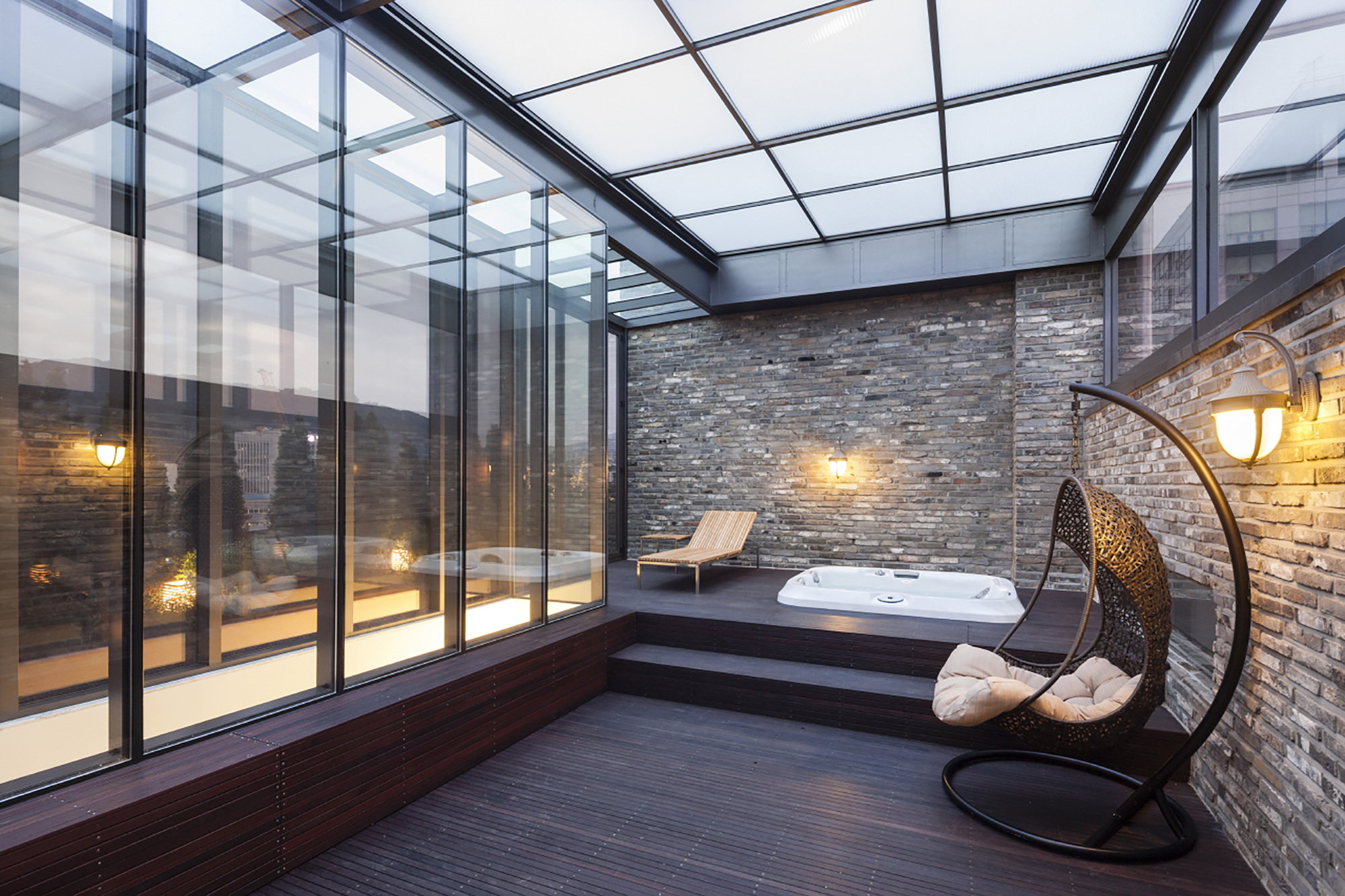 According to their own needs and preferences, visitors can choose to spend the night in spacious, modern and minimalistic rooms or in rooms that feature a more classic design based on brickwork and curved ceilings. A particularly interesting choice of design is based on the similarities between the floors and ceilings, which create the illusion that the two parts reflect each other. This illusion is further enhanced by the lighting systems that project on the ceilings and floors at the same time. Obviously, there are no actual mirrors on either side, which makes the entire concept even more impressive. 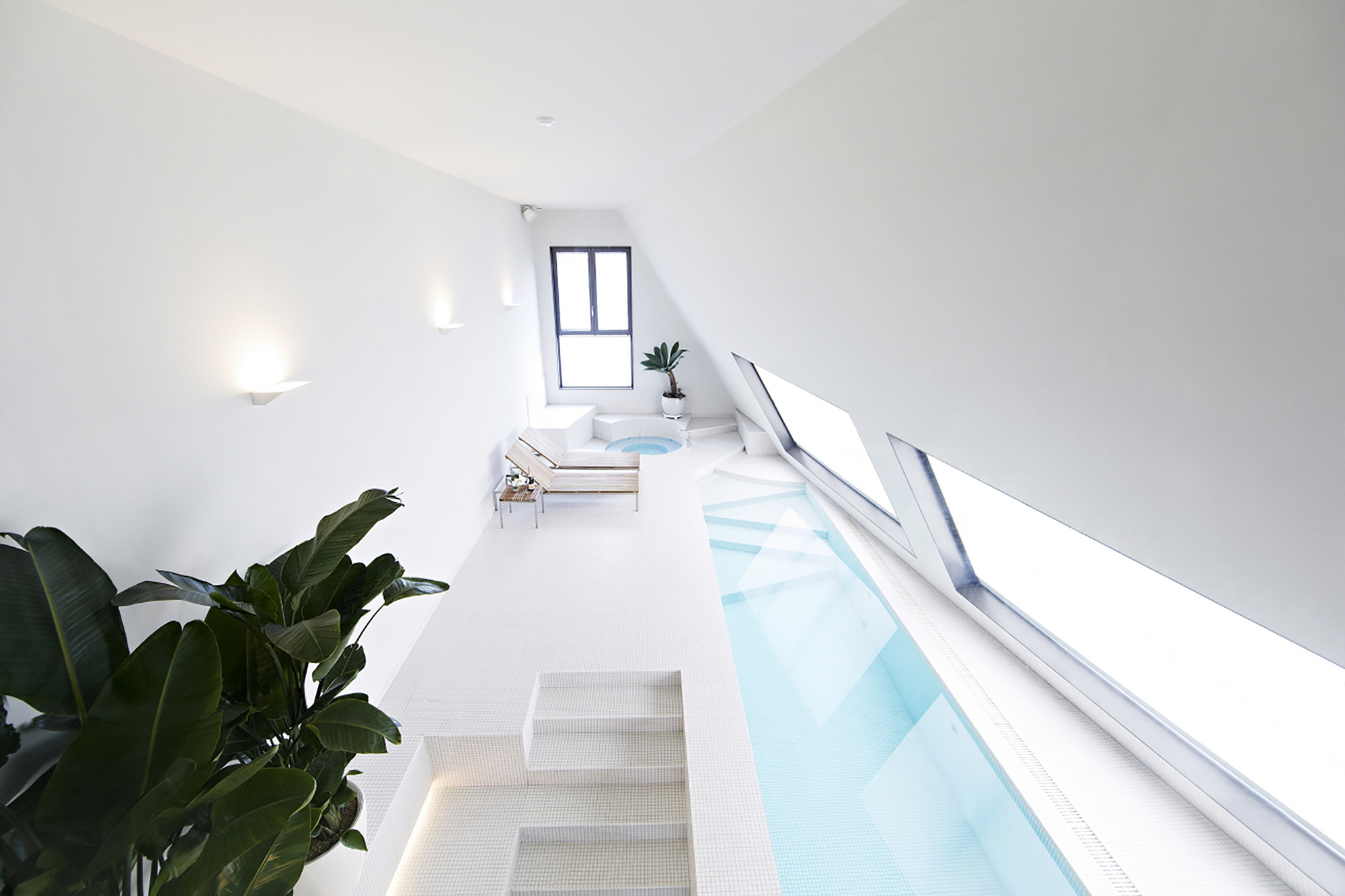 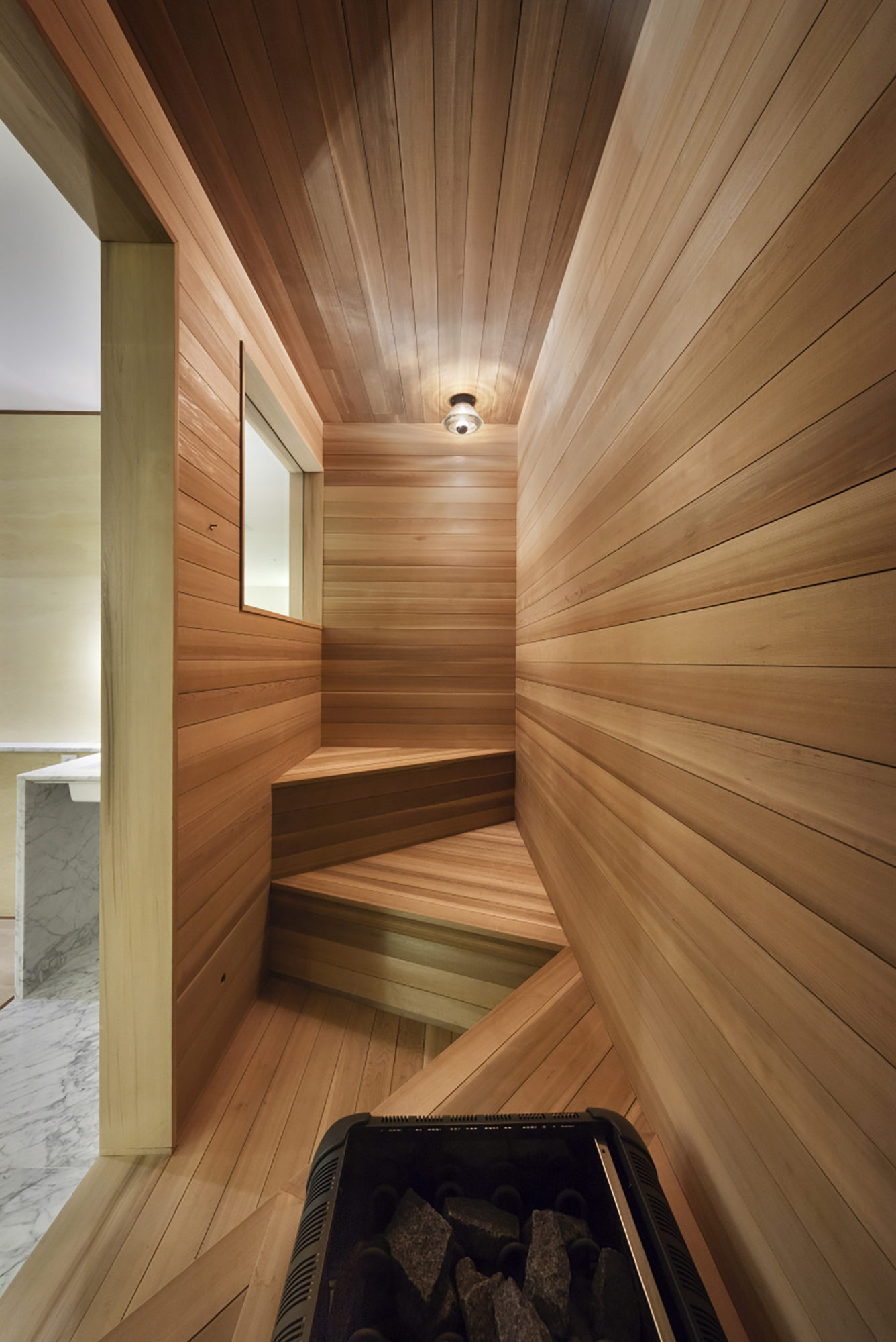 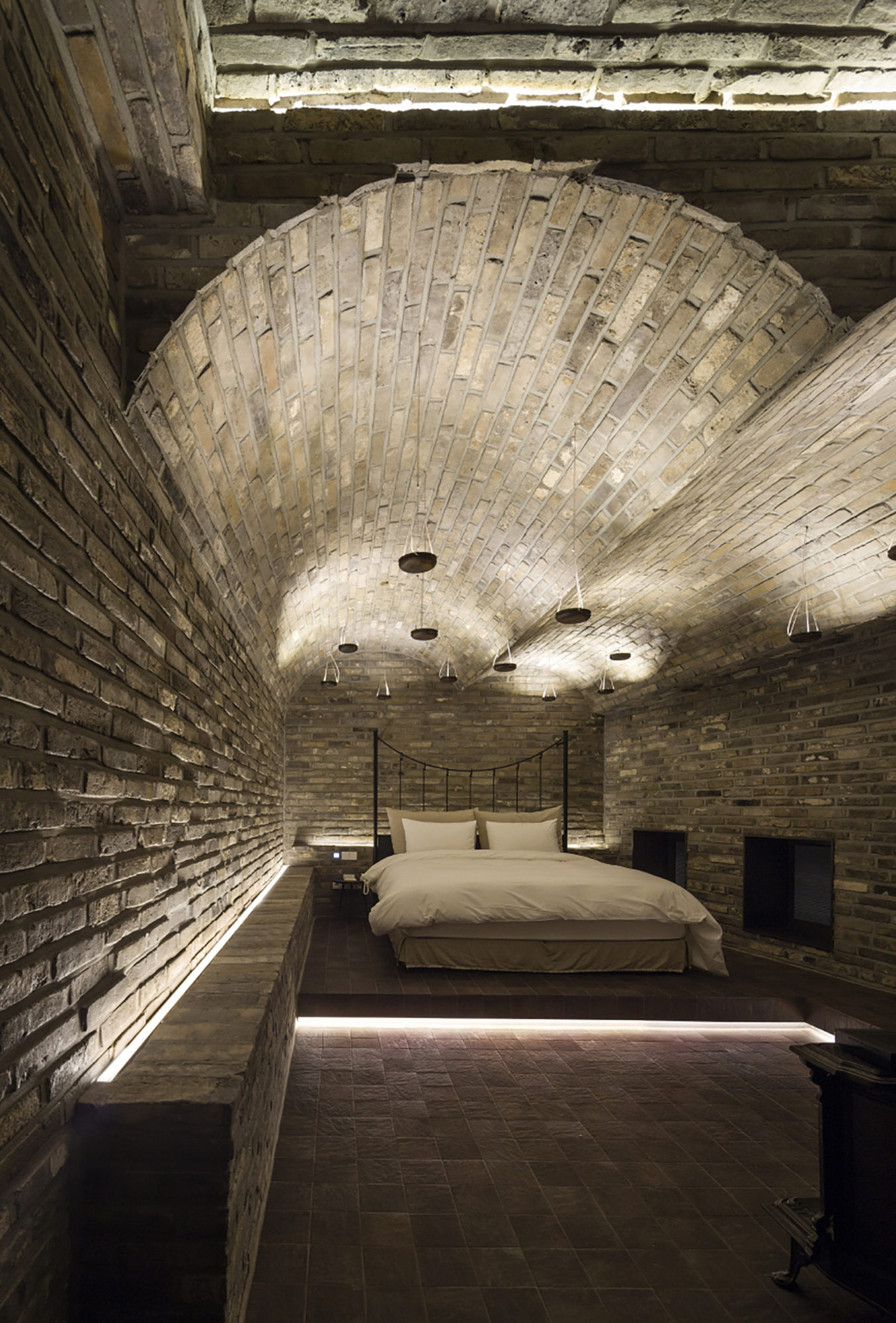 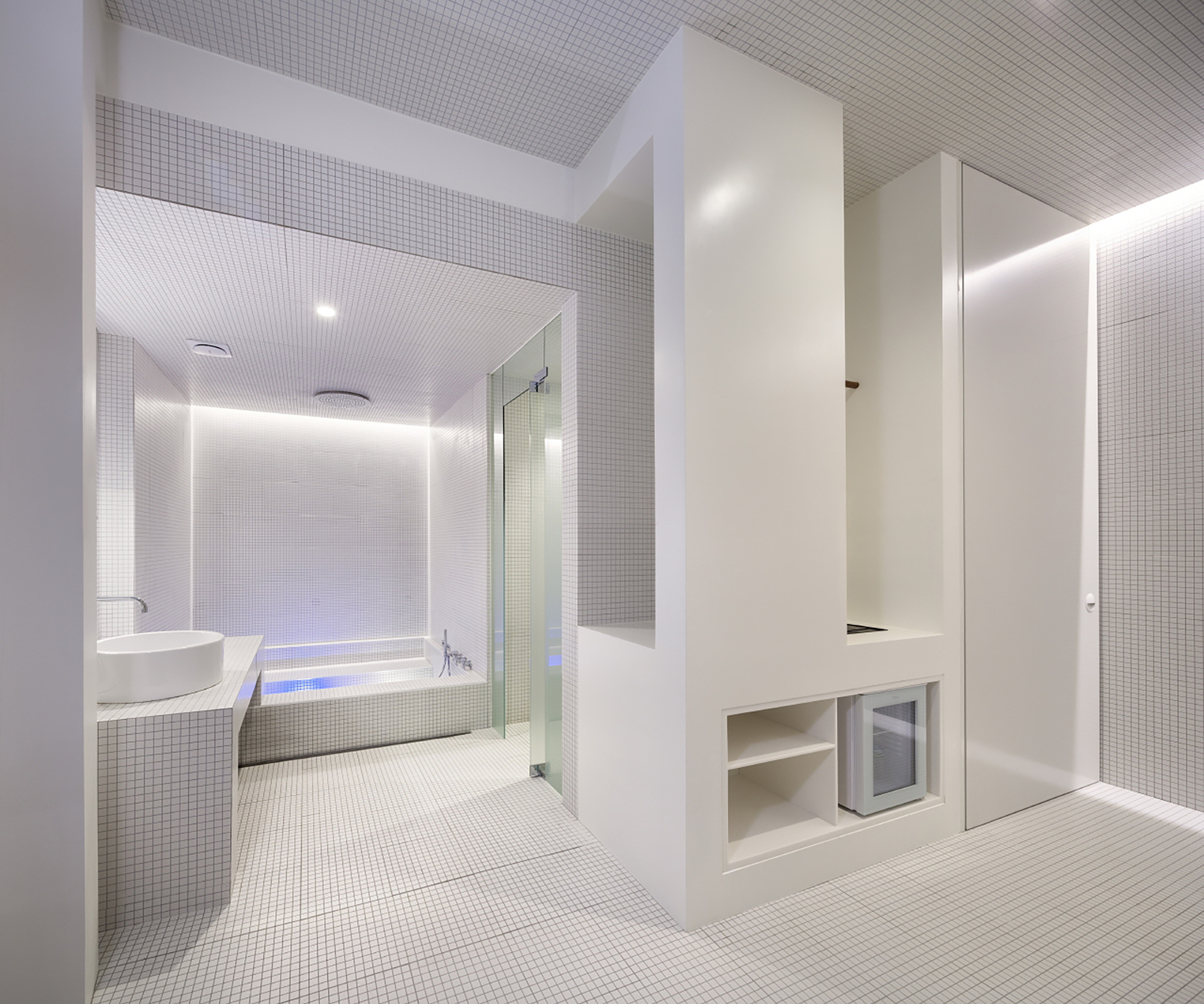 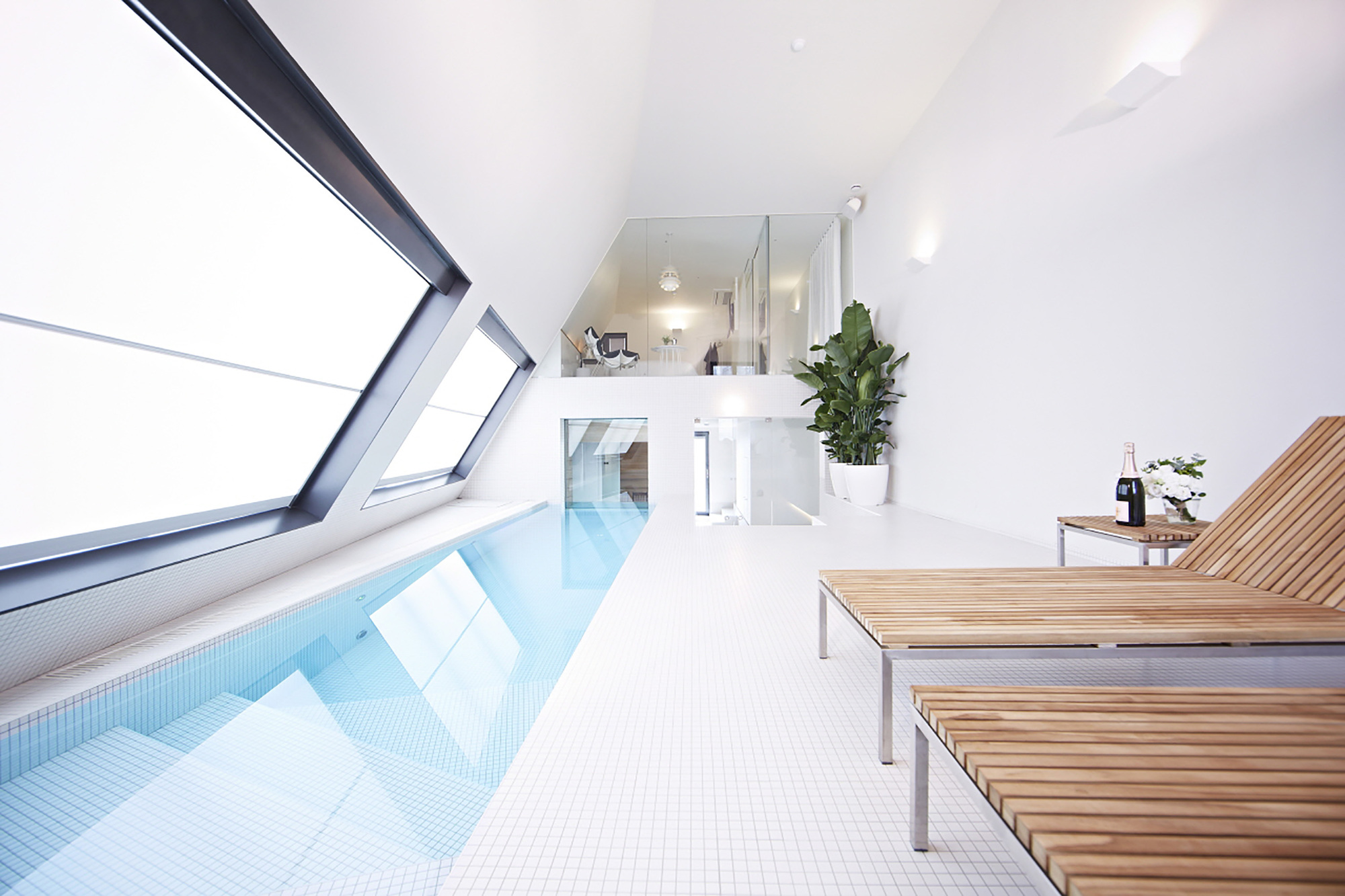 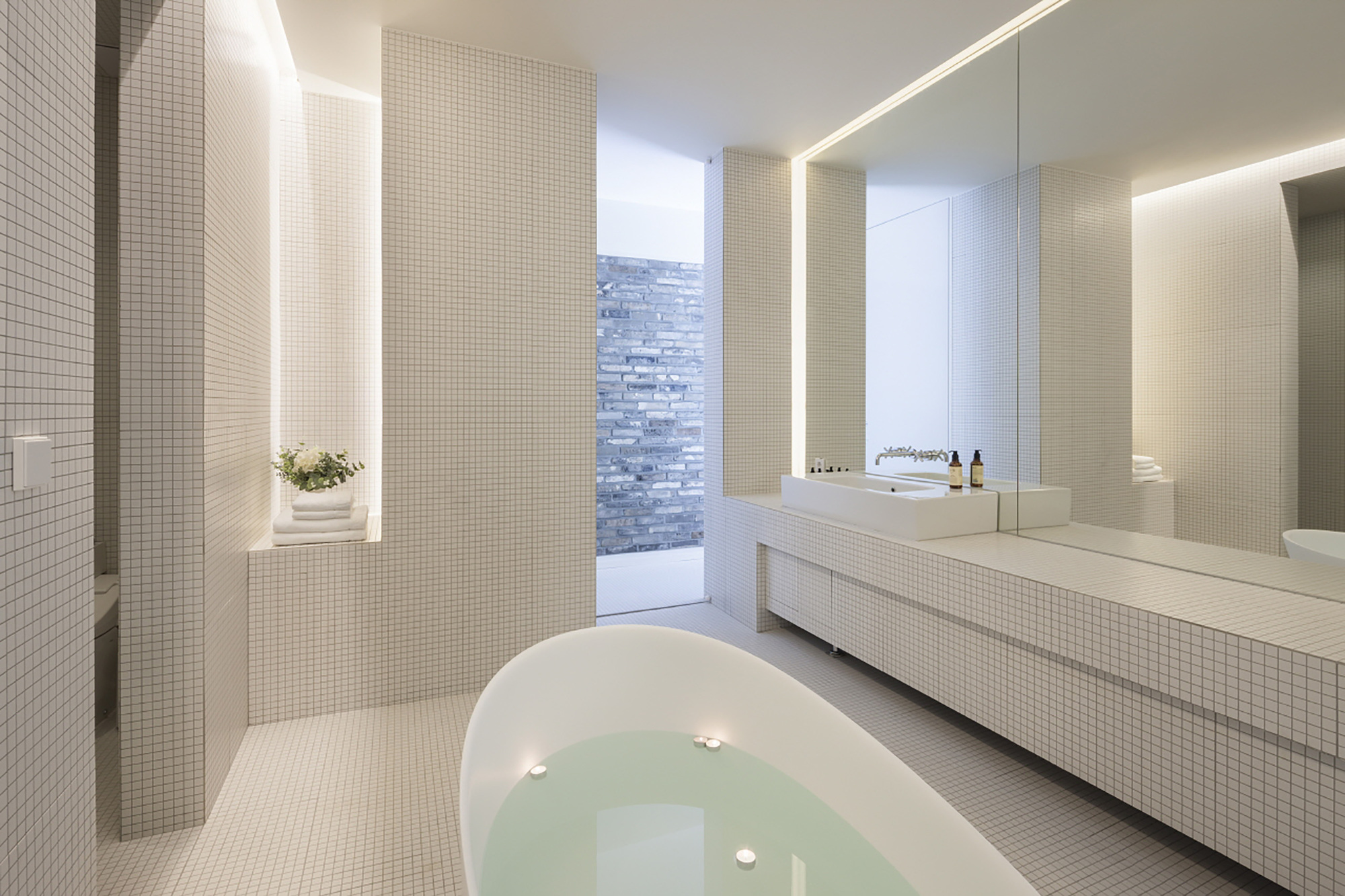 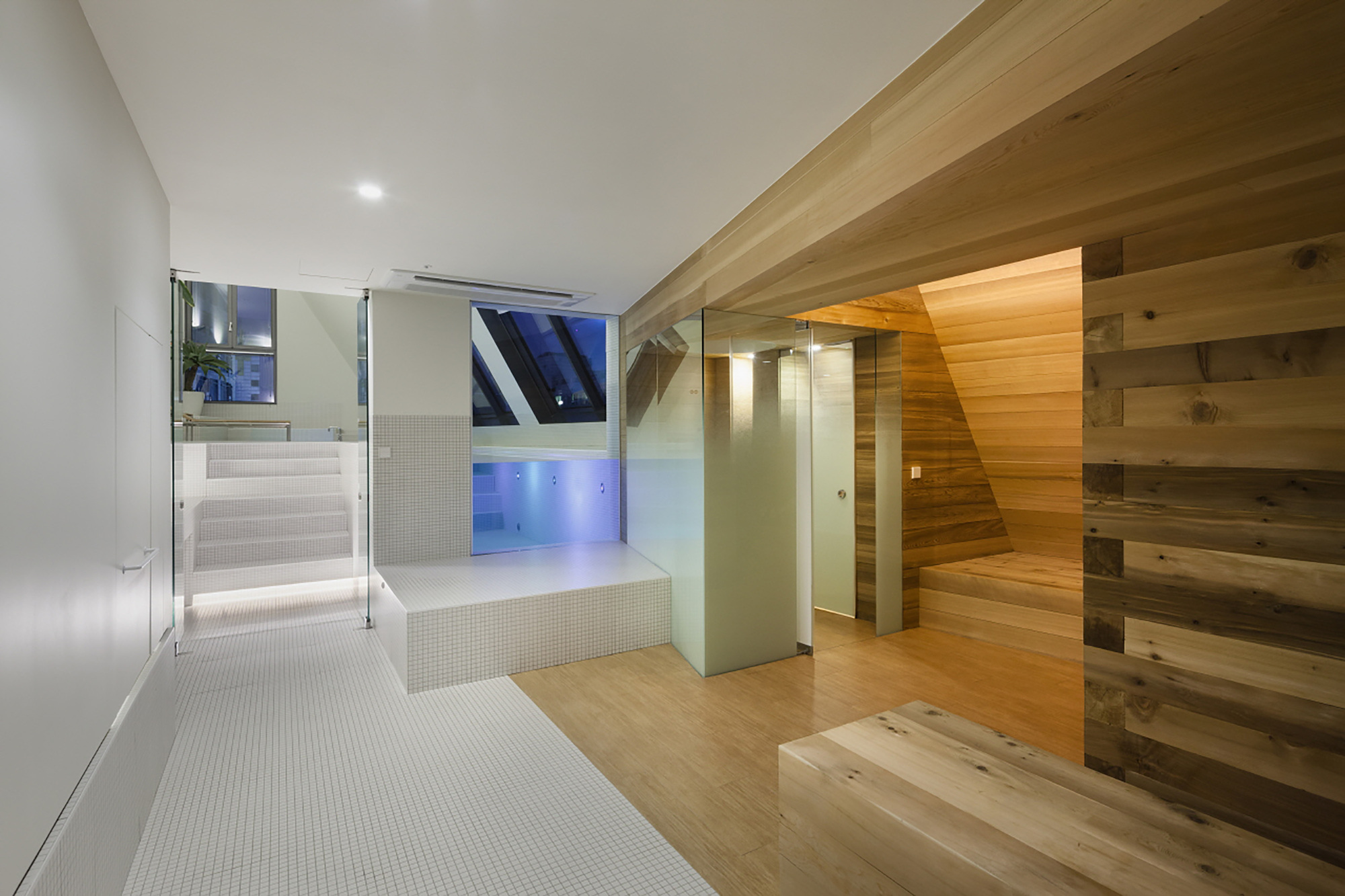 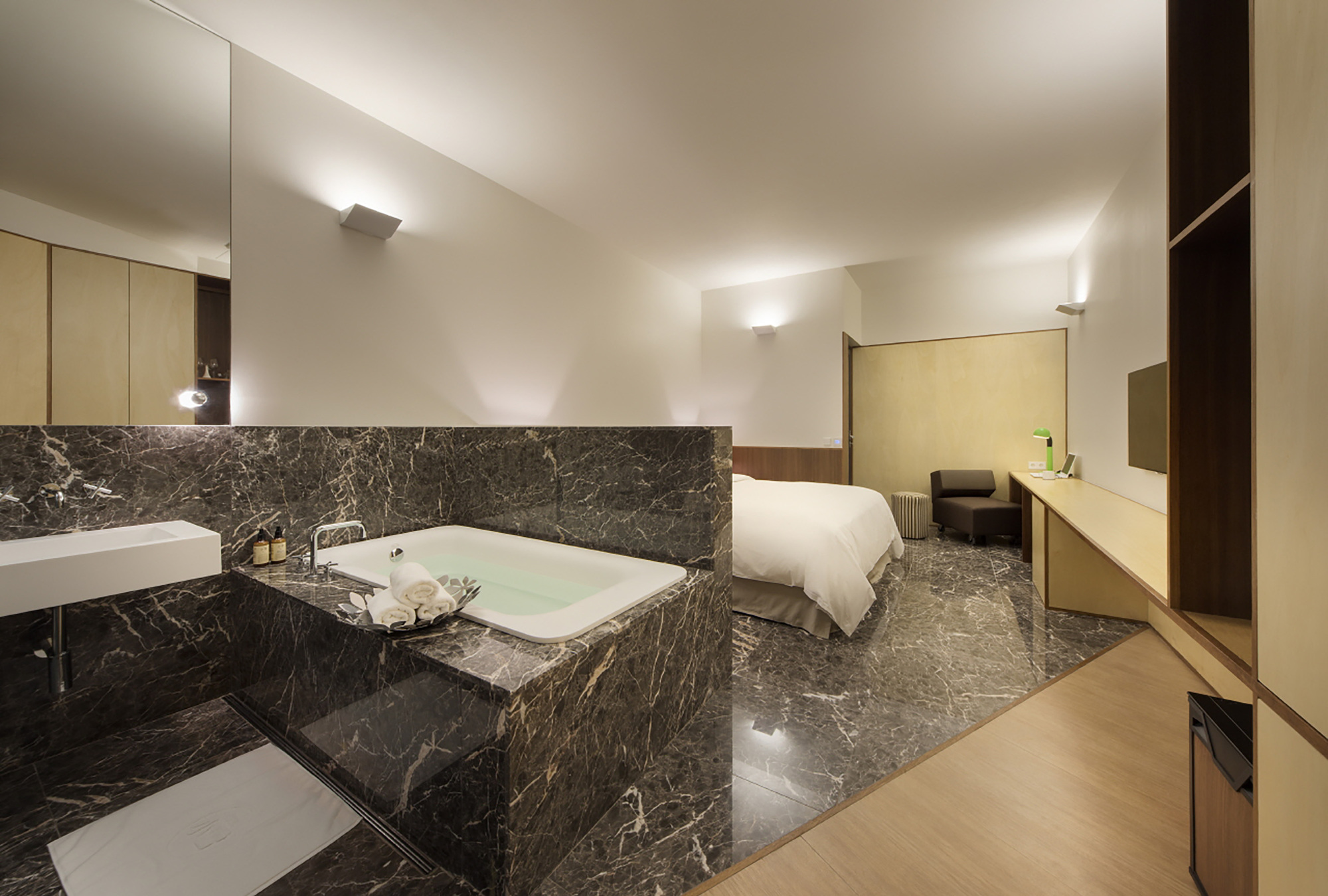 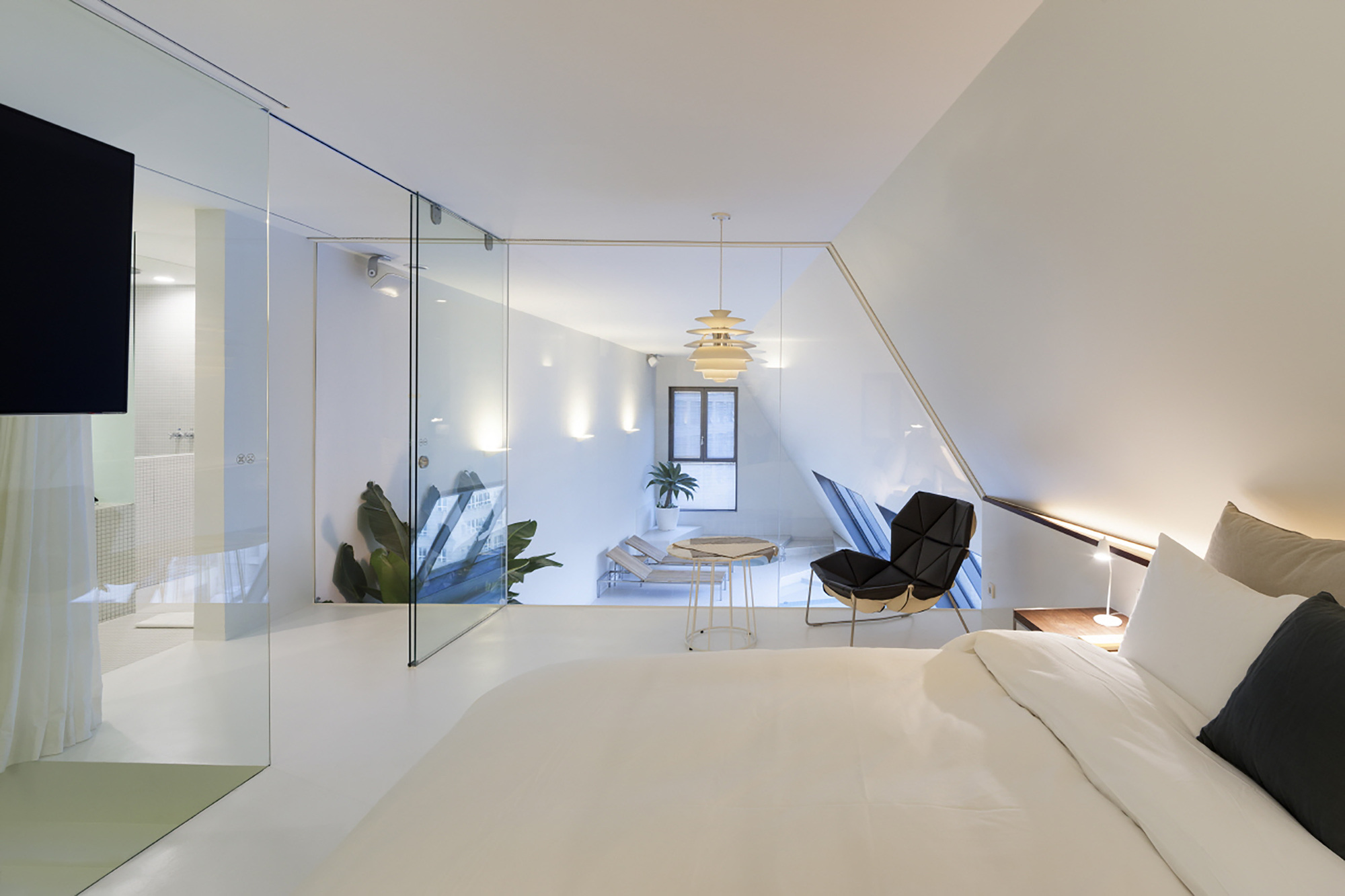 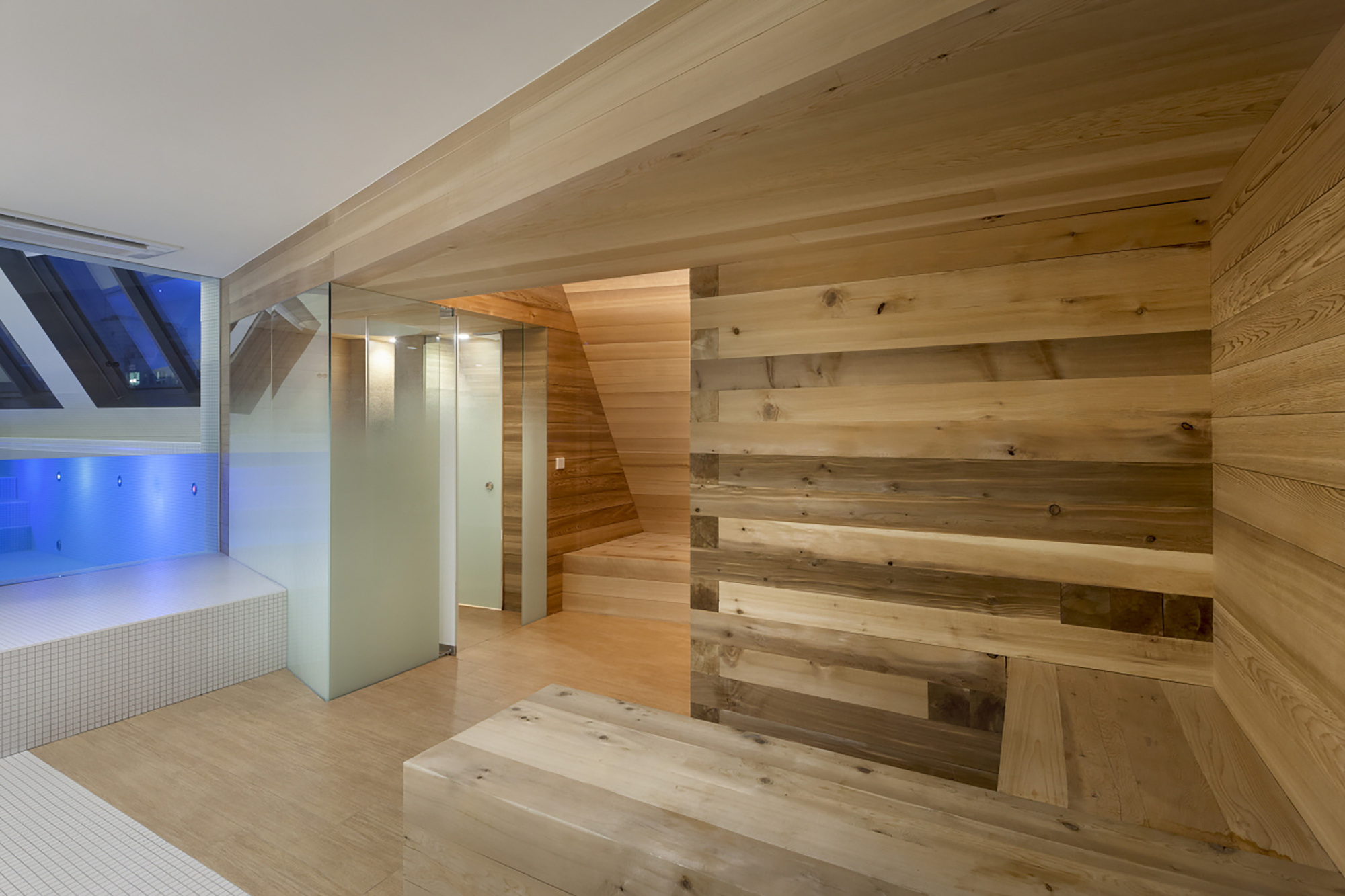 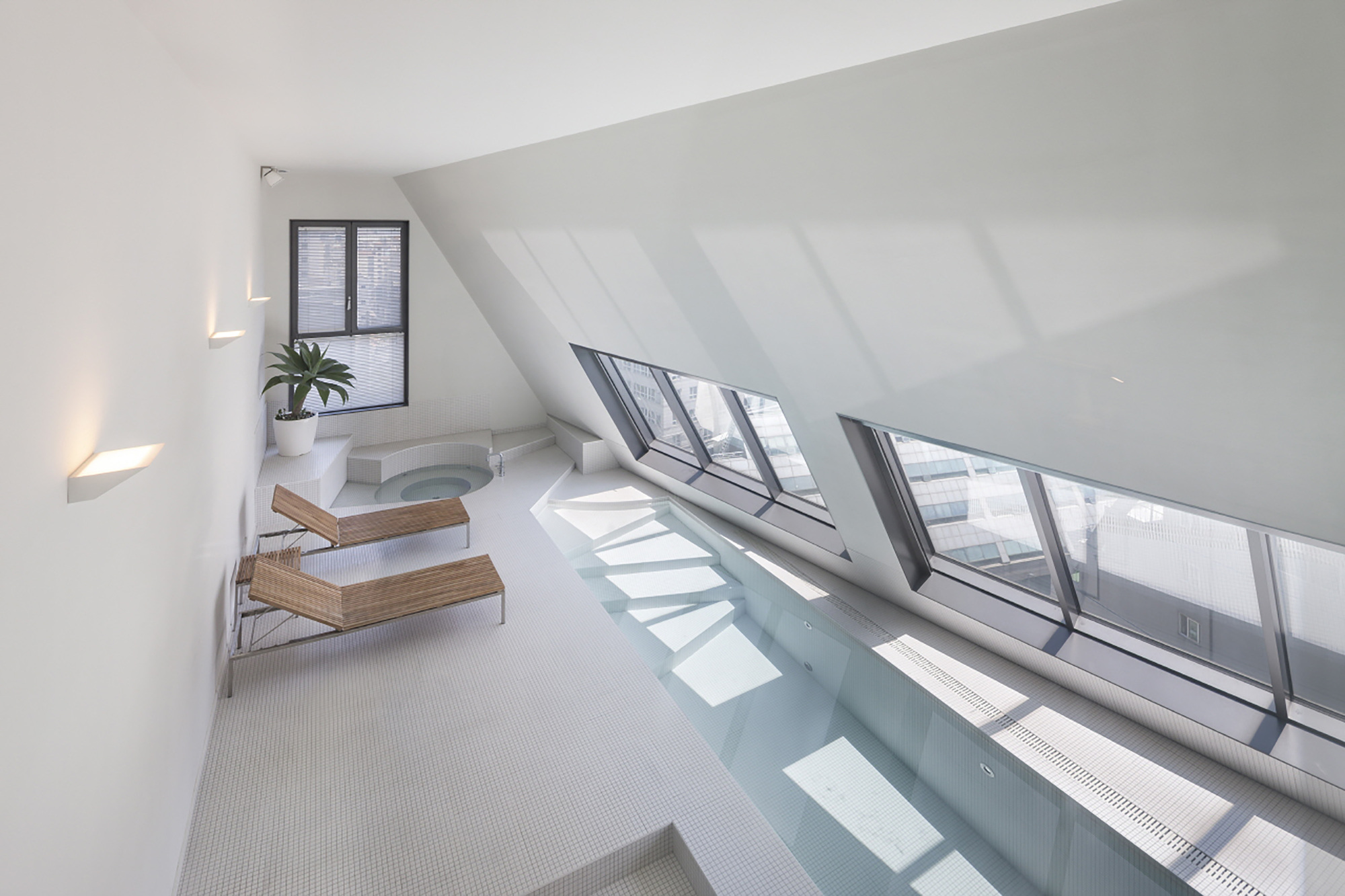 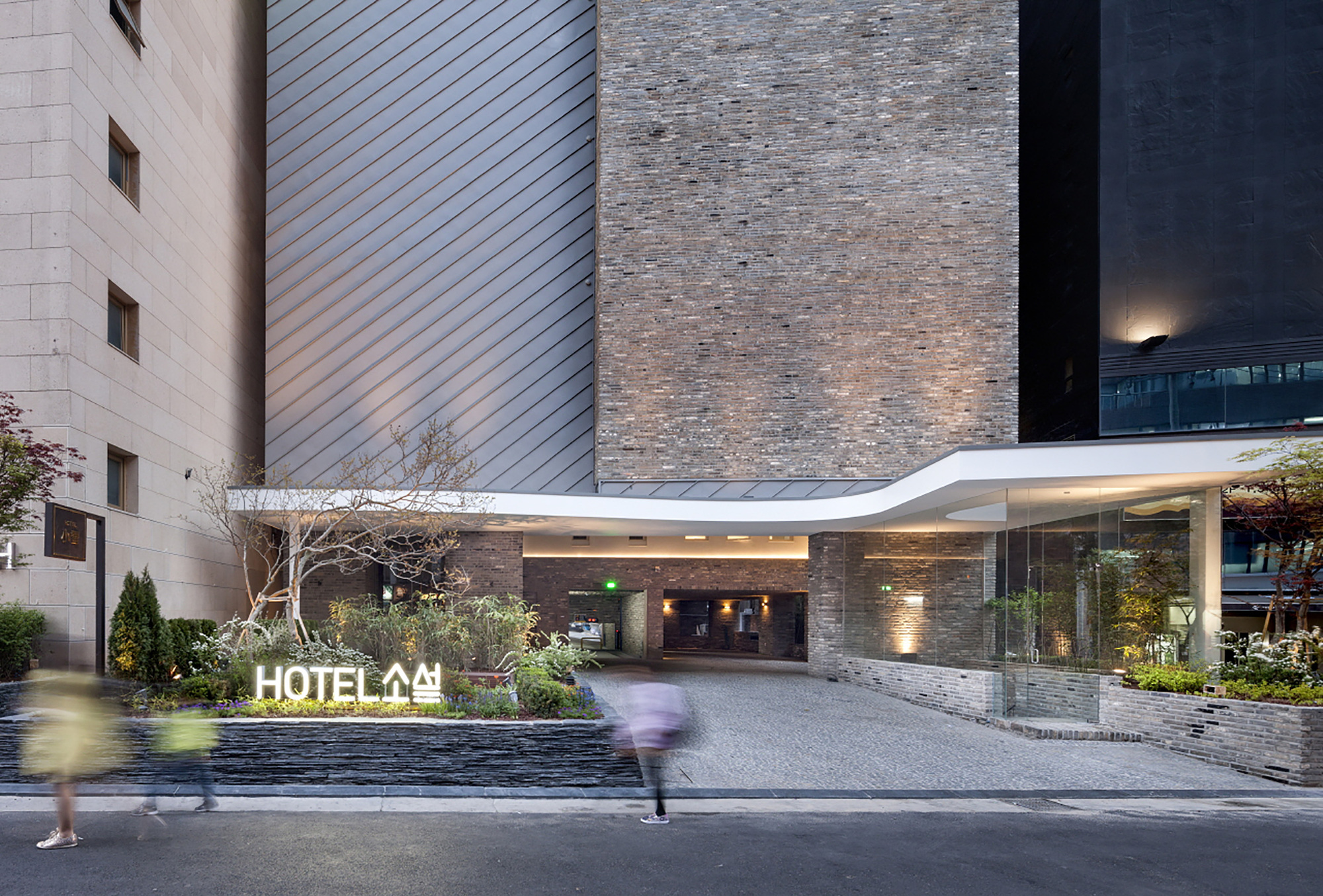 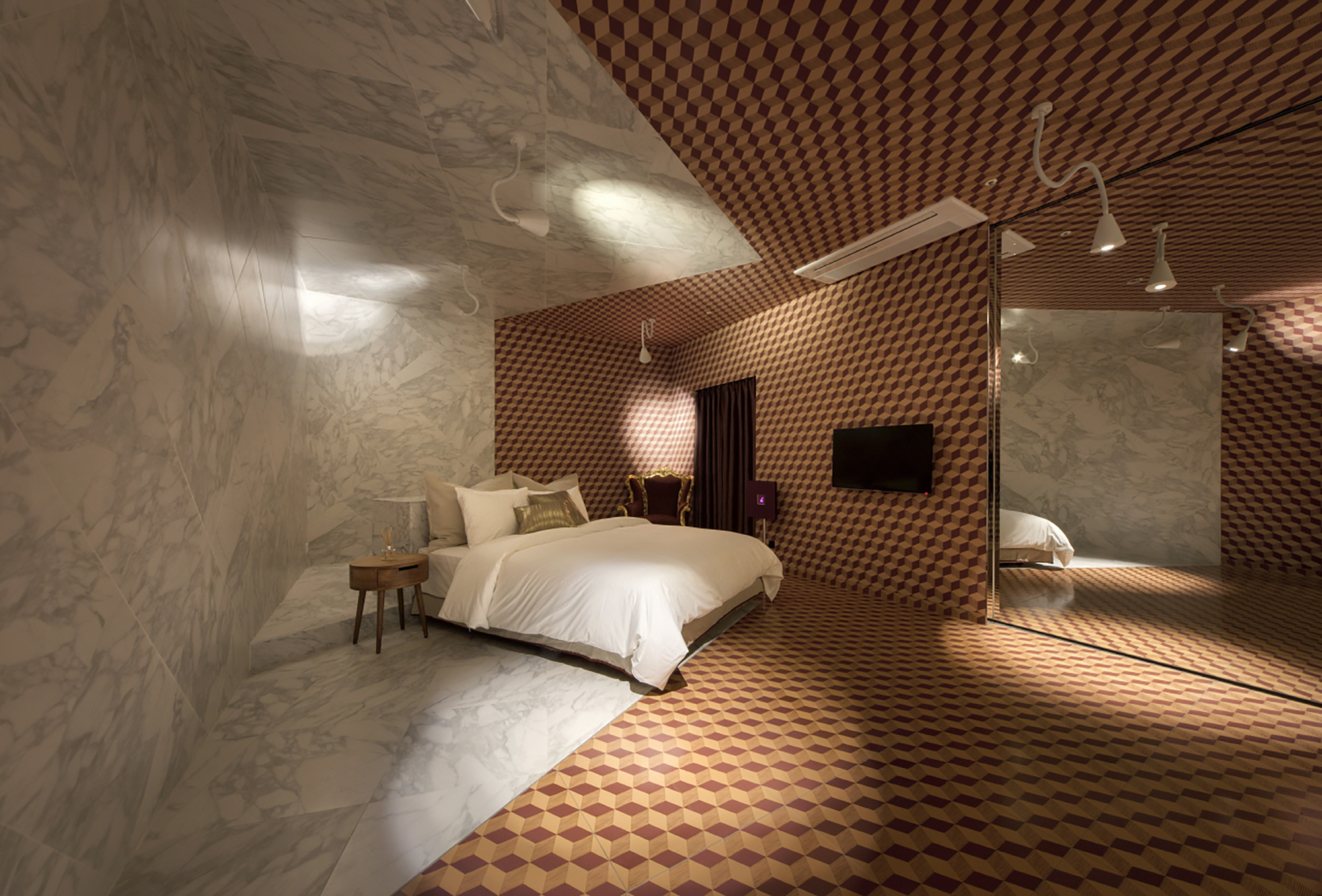 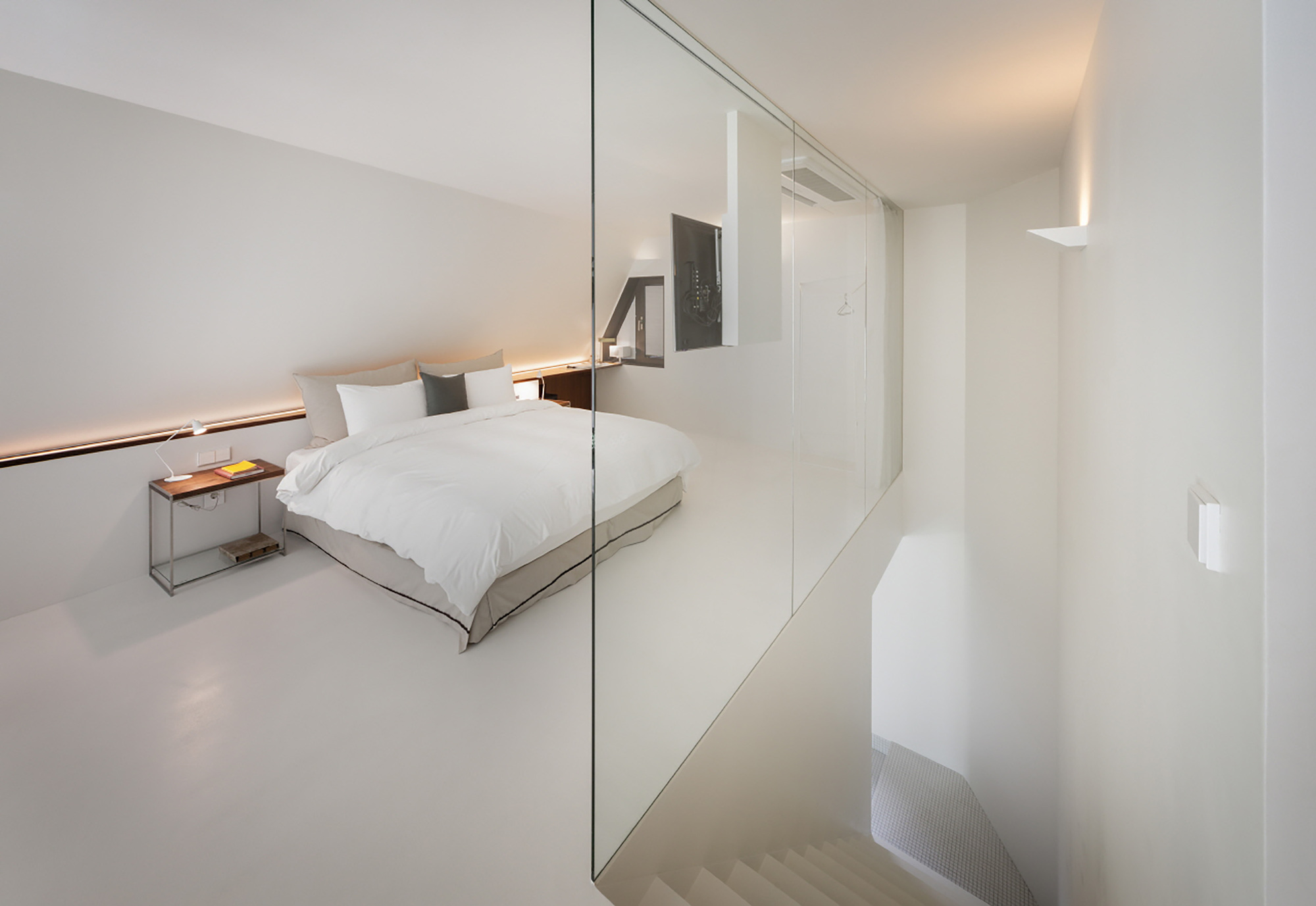 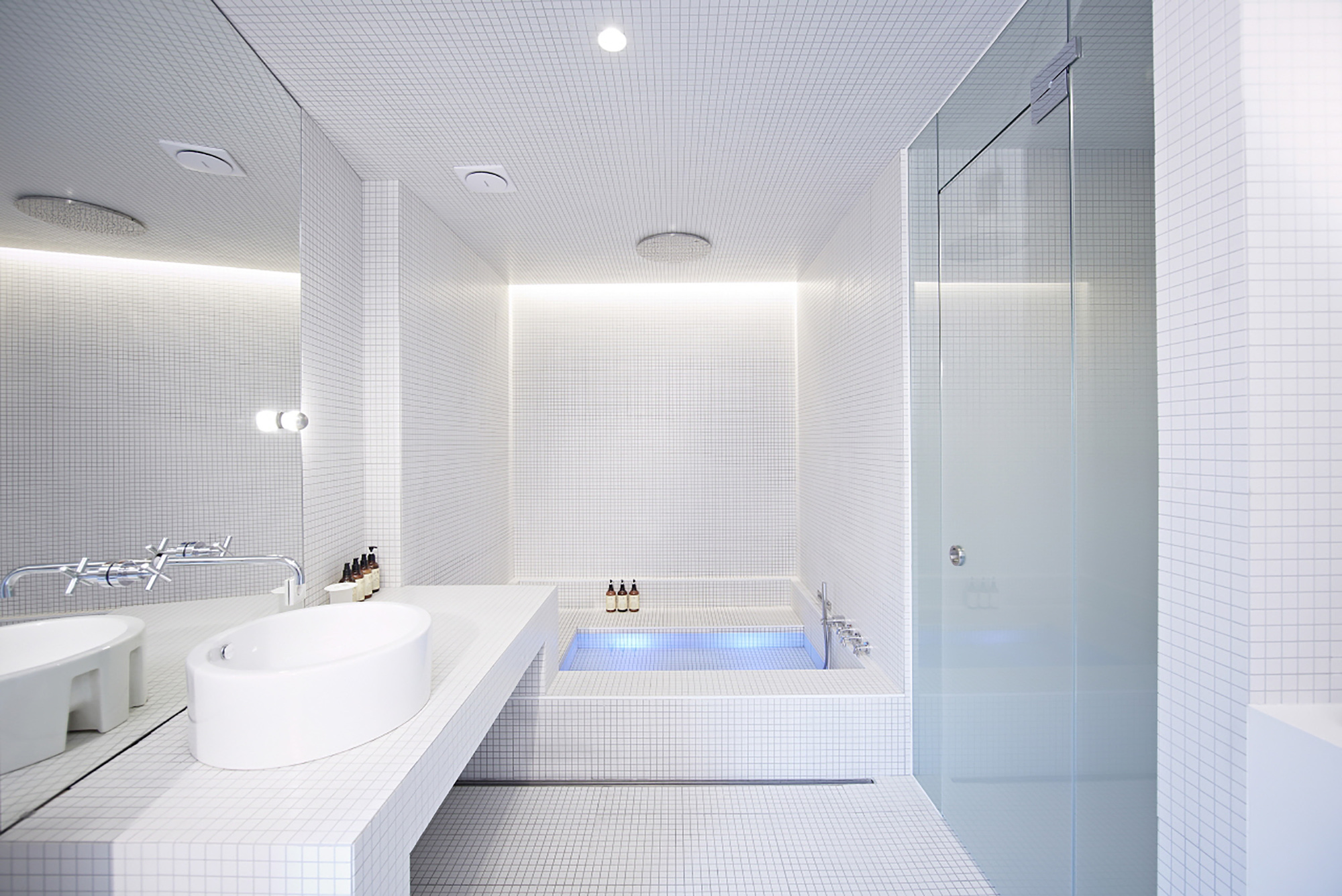 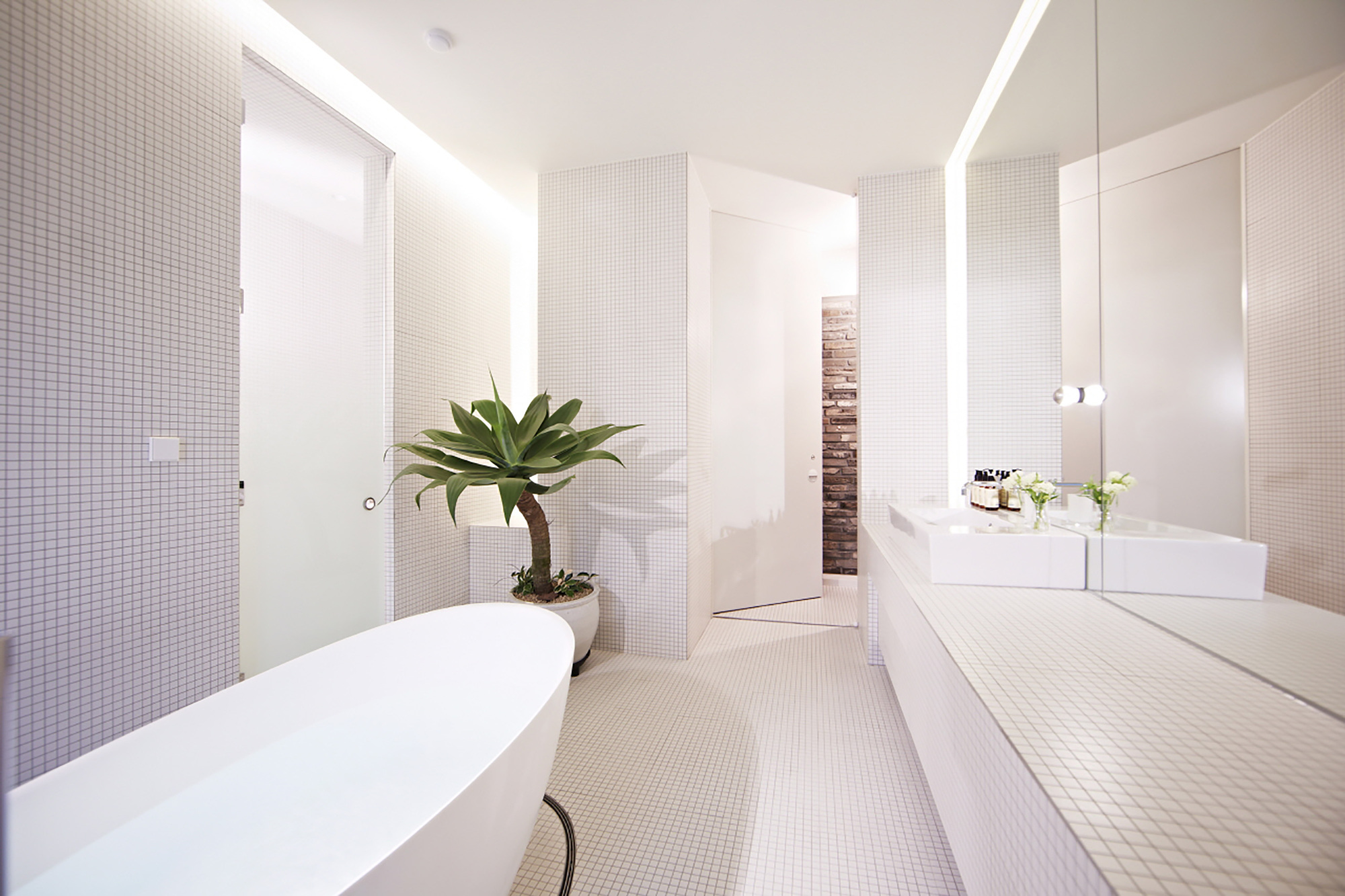 It is a common sense that detailing takes its place at the later phase of process, and this is especially true for an architectural design. However, on the other hand, I think it is possible for detail to be the beginning of the process. The more so, if the process is for interior design. Although Mies van dero Rohe said “God is in the details” to emphasize and Rem Koolhaas stated “no money, no detail, just pure concept”  to put of the plan before anything, the detail was what connected the beginning and the end of this project.

The detail is not limited to properly joining and finishing the materials. It motivates the design, brings harmony to neighboring materials, and sometimes the detail itself grant certain characteristic to the whole space. Every material has its own unique characteristics and it can be revealed through the detail. Properly displayed detail distinguishes itself from the other materials, and that uniqueness became the main material for the design for this project.

Floor, wall and ceiling of the room are such common elements for architecture just like ground, column and roof. Hence, an old history of architecture can be defined as standing on the ground with your both feet, leaning your back against the wall and keeping your body under ceiling. However, these elements, which seem to be all segregated, are treated slightly different in this project.

The material that were usually used on floor is now applied on wall or closet , some part of the wall is connected to ceiling (corridor), and floor and ceiling is reflecting each other like a mirror . Exterior wall material that were usually seen from a balcony is not forming a wall inside the room and even surrounding the entire interior space . The top of the fathomless wall, which is tall and lengthy, is bent and folded, hence, forming front desk and half arch on top and the mosaic pattern that is decorating the floor and ceiling of the 1st floor lobby covers the entire floor, wall, and slanted ceiling once it gets to the penthouse house on the top floor.

As shown in interior finish material legendo fall architecture sheet set, base boar displace dat the edgeo fall floor and wall. Such element, which was added dueto functional requirements, is part of both wall and floor. Molding at the edge of wall and ceiling is another example that exist sand travels between two different elements. Door and window also makes the similar relation ship with wall in the same manner. All these regular elements that construct the architecture become a key for a design, and there sultisobtained from the mixture of interpretation, decision ,intuition, and response of this key.

Material lays in-between matter and the result of the work using that material. In other word, matter turns into material and material turned into building. However, there is another factor that material must have in order for it to be an architecture not merely building. That factor is called attribute. Attribute is like a prerequisite for the matter to be that matter, and a special process is required in order to put attribute into material. It’s the respect (or attitude towards) for material. In this project, fidelity and betrayal toward that respect coexist. Real is mixed with fake, thing-in-itself and phenomenon coexist, and characteristic and accident intersect each other.

Like the way the image on a mirror exist yet differ from its origin, stone is thin and sharp yet heavy, and tree is soft and warm while it is still hard. Brick is thickly stacked in one place, yet sliced and cladded in another place. Although, it is hard to distinguish tile and wallpaper using their applied location and purpose, they are in fact the same as they both serve the same purpose of cladding. Every materials stay in the place where they belong to, but still appears in unexpected places with the different image. In this project, material is made from matter, but they share half the appearance and personality of matter.

“There is no sound in the mirror and me inside the mirror is unable to shake my hand as he is left handed, however, me from the mirror, who is opposite of me, is actually somewhat similar to me.” (Yi Sang)
Oftentimes, floor and ceiling share similarity in many ways. They both have similar size and shape. However, man always walk on the floor and stay under the ceiling and it is uncertain whether it’s good or bad. They are different, yet similar to each other, and they look alike, but certainly not the same. But now, they are made to be perfectly identical to each other . Floor becomes a ceiling and ceiling becomes a mirror of a floor producing an illusion of looking down on a ceiling while walking on the floor. So the interior lightings are projecting both floor and ceiling at the same time. Of course, neither floor nor ceiling has a mirror on them.

Black stainless steel is covering the entire curved wall and distorting naturally scattered chaotic lights on the ceiling into stars (lobby). The wall with a mirror on the opposite side of room entrance creates another exit that can never be used . Once you go into the room, you will encounter two bedrooms on each side, but there is no need for making a hard decision as one of the bedrooms won’t be able to shake my hands . The shape of combined light from floor and the door inside the mirror is the same as the one that appears on the floor when you open the door. This is the overlapping moment of reality and delusion . Everyone look into a mirror at least once a day to shave or wear make-up. Mirror is a familiar object that people use in their everyday life, but in this project, it plays the role that grants a bit of unfamiliarity.

There are many furniture that are occupying the room, such as bedside table, closet, table, shelf, sink and tub, but not all of them are brought from the outside of the room. Part of the wall pops out and changes its form to a headboard and certain part of that headboard turns into a small table . The floor, which has different heights like wide stairs of plaza, changes into chair or back support , center part of the floor rises and functions as table and headboard, sink and shower booth, which are part of a bathroom, are actually extension of room floor .

A long table, where the television and laptop is placed on top, can be a mat for closet, bathroom and entrance floor . When water fills the sunken floor, it naturally becomes a tub, and carved round stone sticking out from the wall becomes a sink. When this wall reaches the bedroom horizontally, it becomes a large headboard that surrounds the bed obliquely .At last, the bed is no longer furniture. Bed is now part of the bedroom. 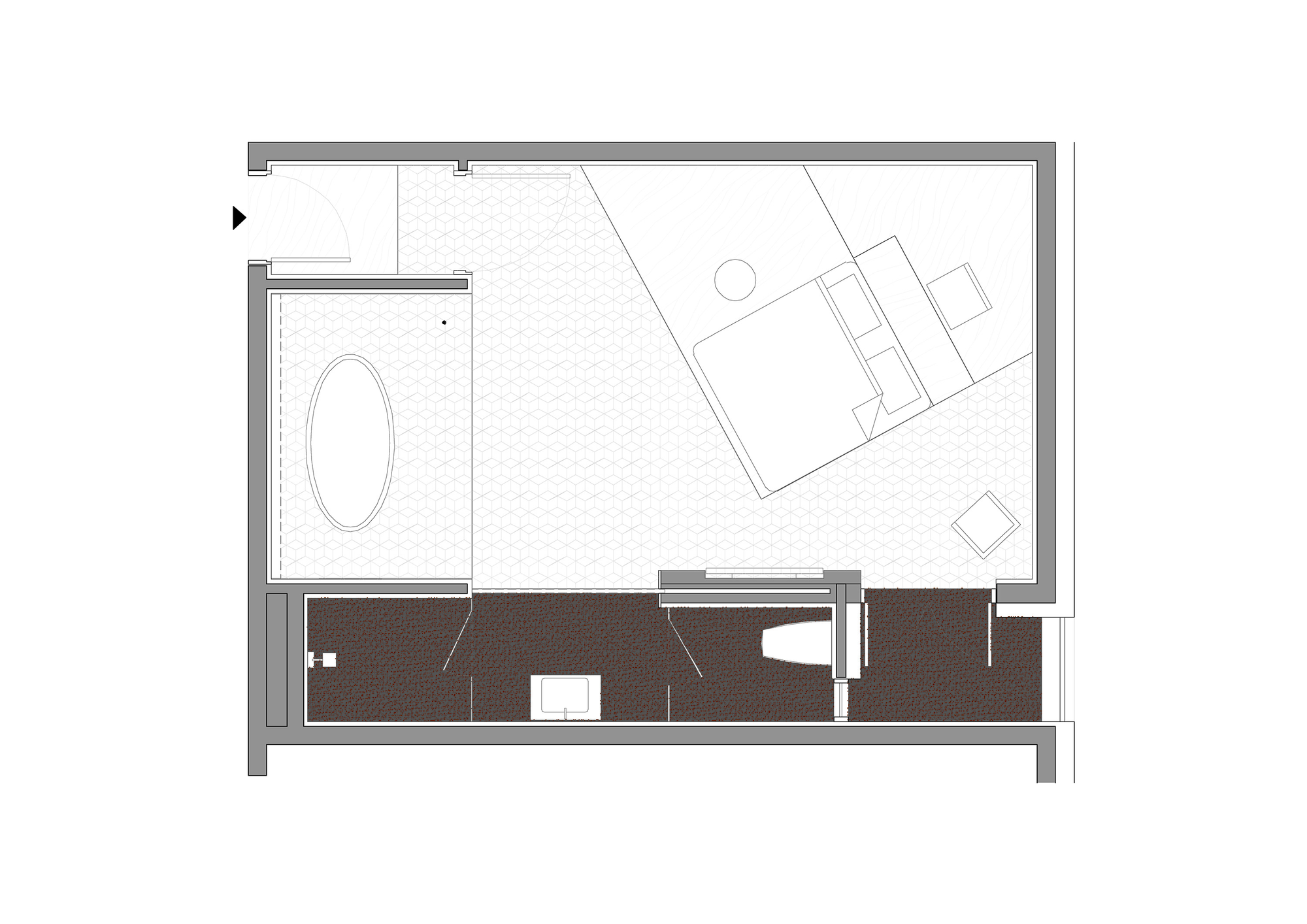 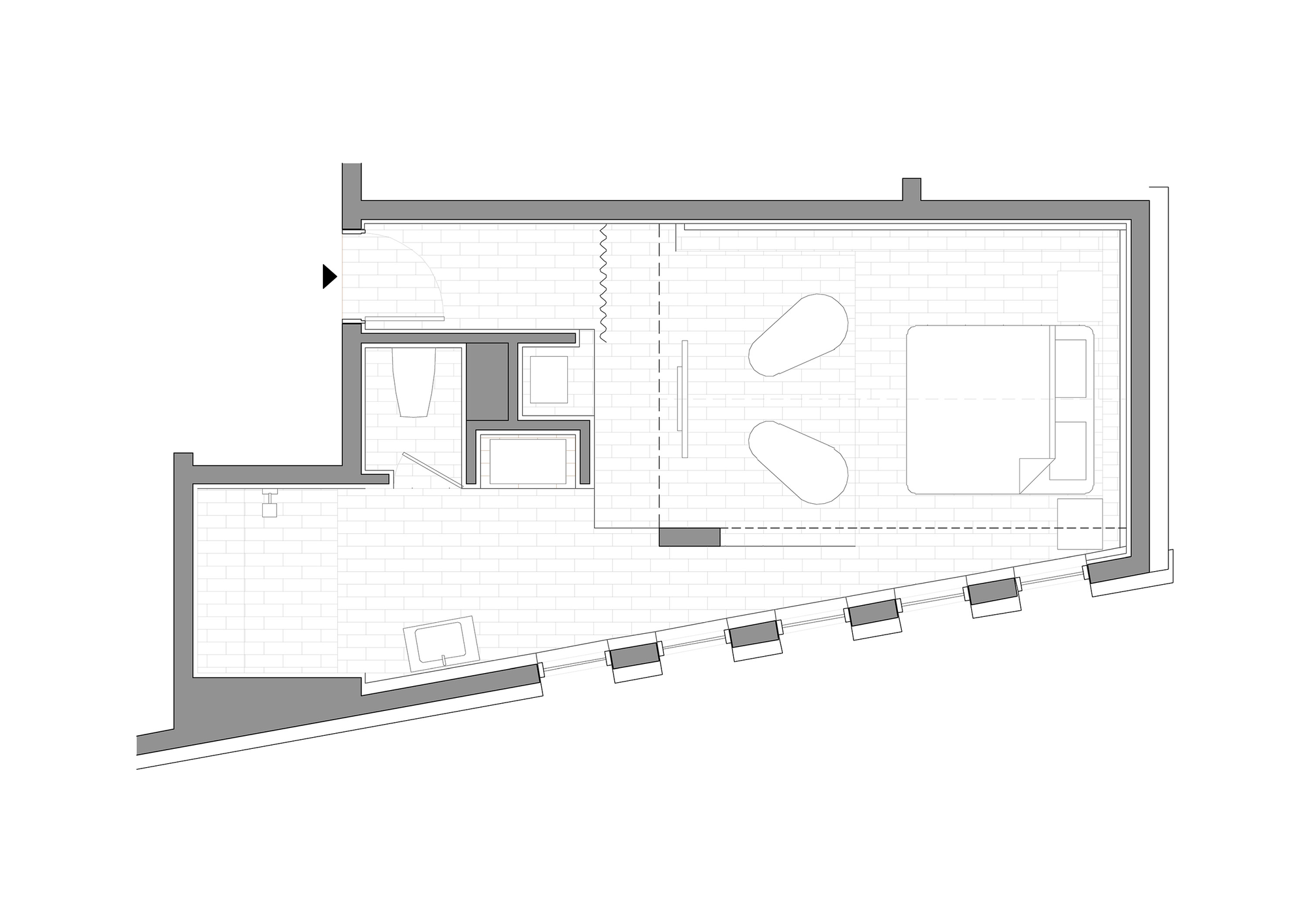