Home Best Architecture Design Berkeley Hills MCM Remodel and ADU Addition by Klopf Architecture
High in the Berkeley Hills sits an updated mid-century modern home that for the homeowners, feels like a cabin nestled in the treetops.

It was important that the new designs were aligned with original intent because of the client’s appreciation for mid-century modern architecture. As with many original mid-century modern homes, the house was scaled to the 1960s lifestyle where rooms were smaller and openings to views were limited and tightly framed. Klopf designed a remodel and addition to bring the house into the 21st century indoor-outdoor living. 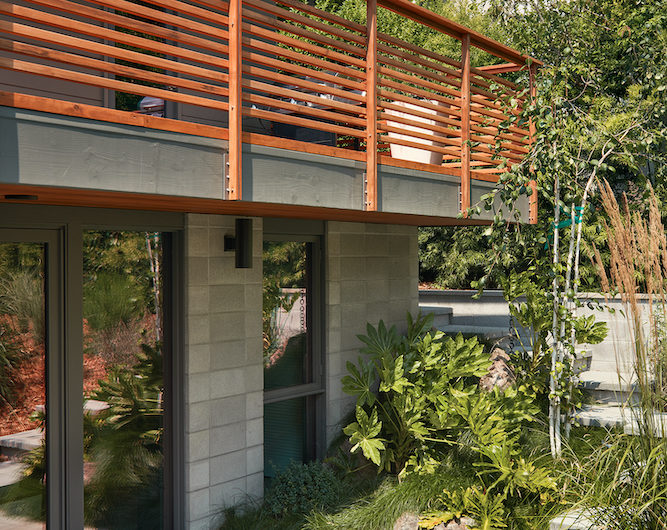 A reconfigured entry sequence creates a more welcoming entrance into an outdoor living space, before entering the house through a sizable glass pivot door. Darker stained ceilings extend into the new kitchen to create a continuous plane connecting it to the living space in the new great room. Ebony flooring recedes into the background, focusing attention to the views out to the new deck and treetops beyond. 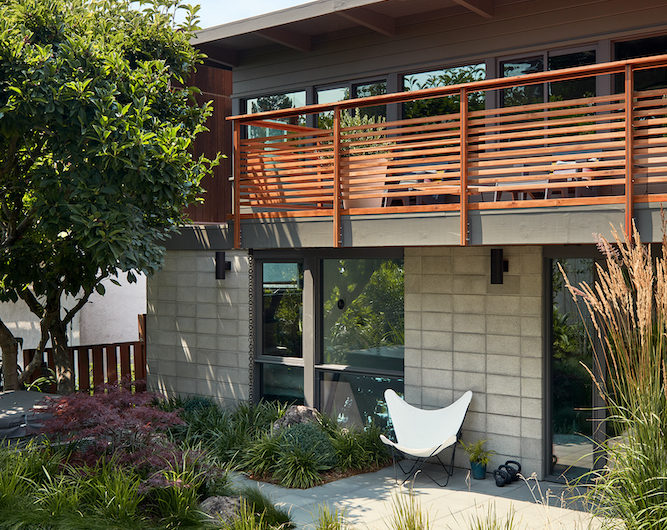 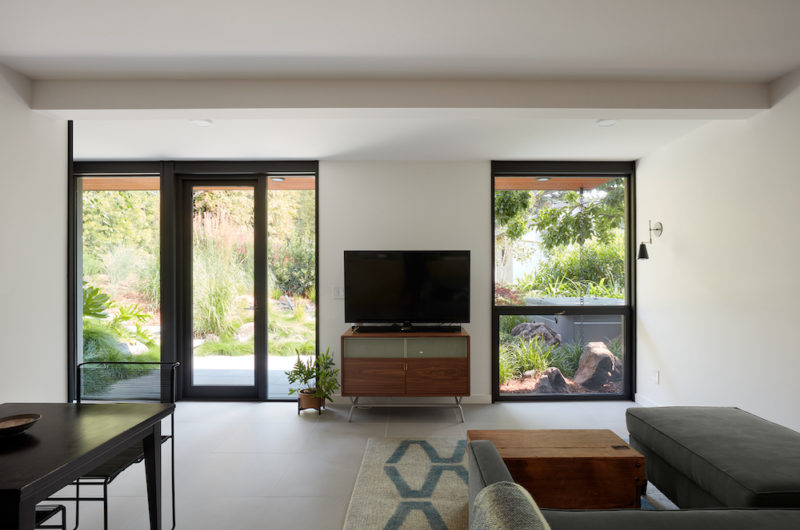 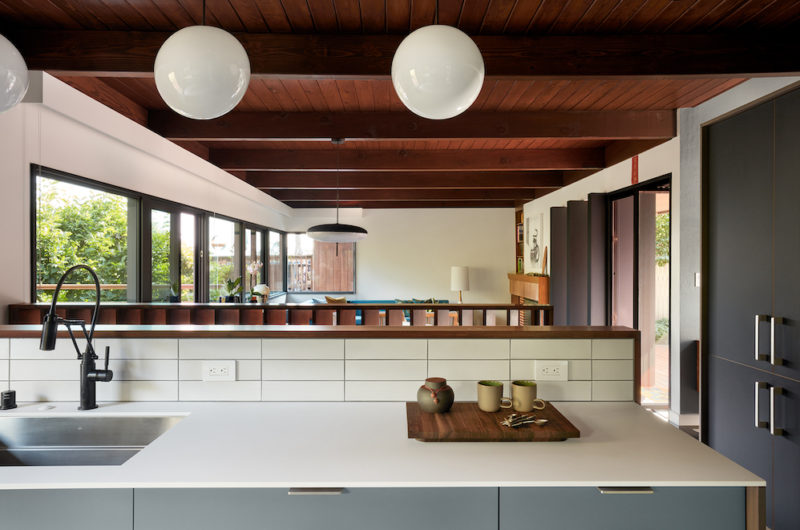 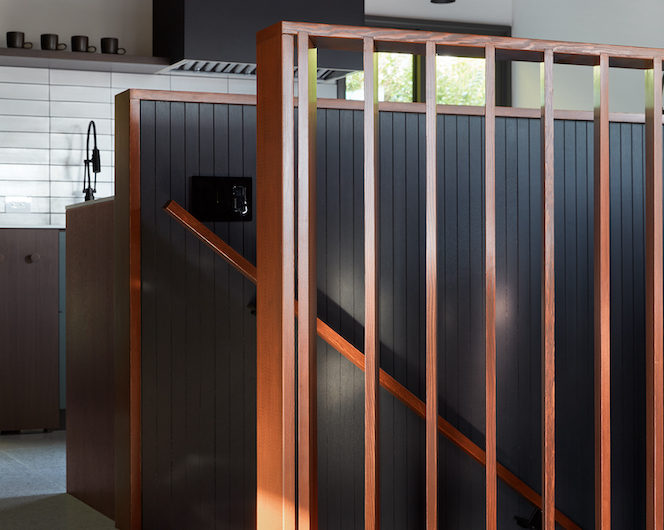 The house with its dark accents in the kitchen and overall color palette feels masculine and snug, evoking the sense of a wooded cabin. The lower-level utilitarian storage area was expanded and transformed into an accessible ADU for the homeowners’ aging parents. Slim window framing details in the new ADU are repeated upstairs to modernize the living space and tie the spaces together. 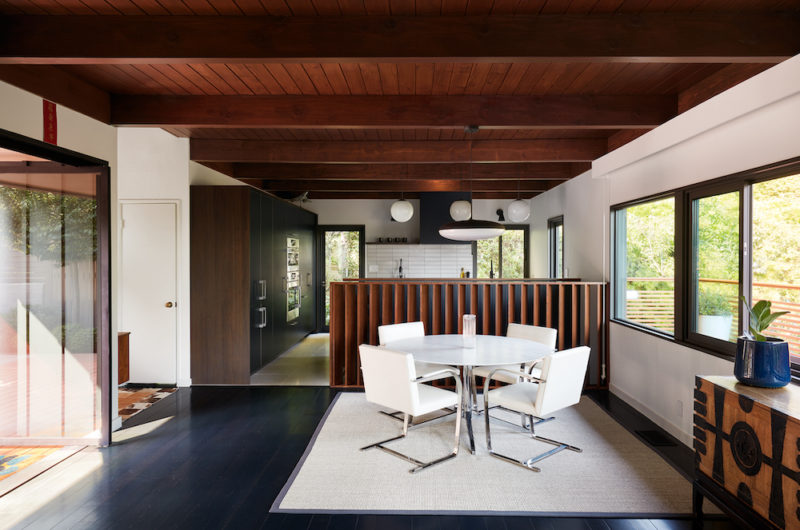 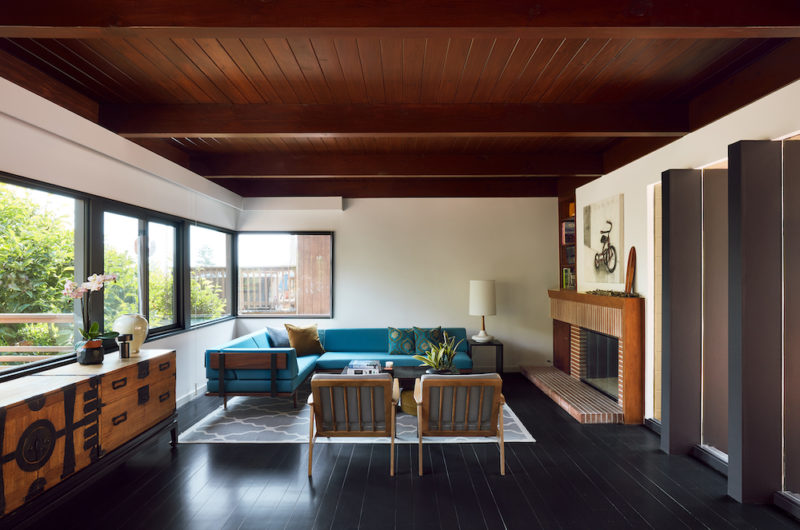 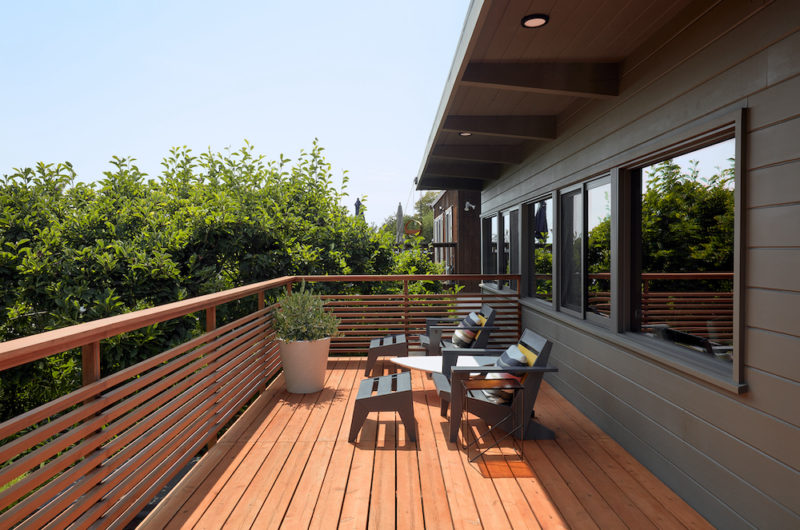 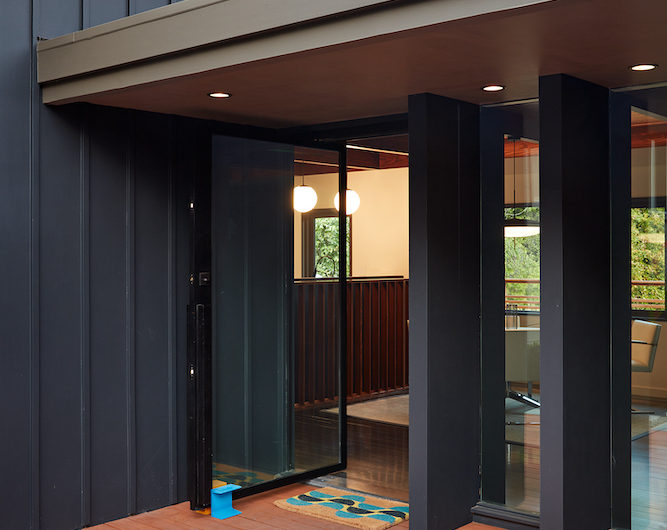 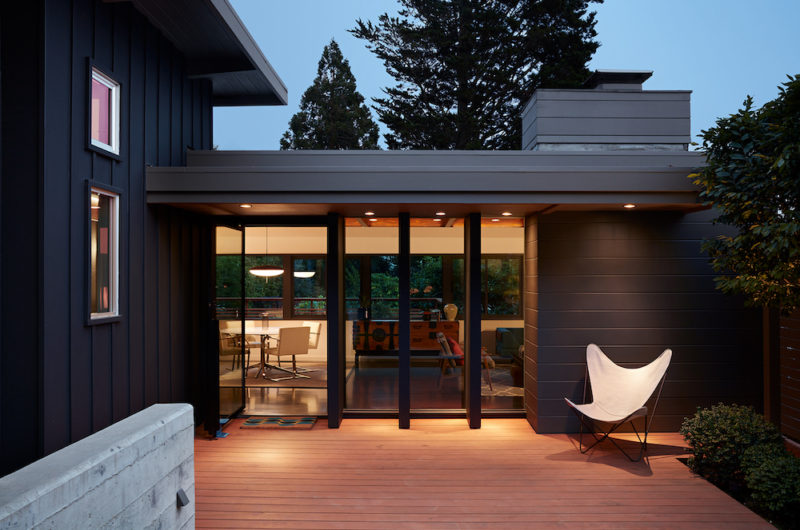 The family now enjoys a more functional space where they can work, entertain, relax with family and friends. 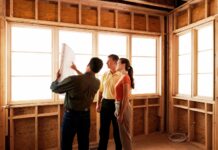 How Much Will a Major Home Renovation Project Cost? 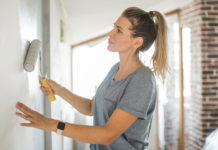 Casa ATT Is A Modern Residence In Puebla, Mexico